In 1632,Galileo published Dialogo di Galileo Galileo in Florence, Italy. Taking the form of a dialogue, the book defends the Copernican theory. The Roman Inquisition (which was set up to stamp out unapproved teachings) decided that Galileo’s book violated the 1616 judgement against heliocentrism. Galileo was found to be “suspect of heresy,” and was sentenced to house arrest for the remainder of his life.  Also, the publication of his books was forbidden in Italy (although they were in great demand and much published elsewhere in Europe). In 1710, the edition on display here was secretly printed in Naples, Italy, in a print shop that was tolerated by more liberal-minded church authorities. The title page falsely claims that the book was printed in Florence (Fiorenza).

Despite his confinement after the trial, Galileo continued working. He spent his last years in a villa near Florence. In 1638 he published Dialogues Concerning Two New Sciences, which examined the action of beams of light as well as the laws of motion. This 1916 translation of the book (which was Galileo’s last) is from the library of playwright Barrie Stavis. 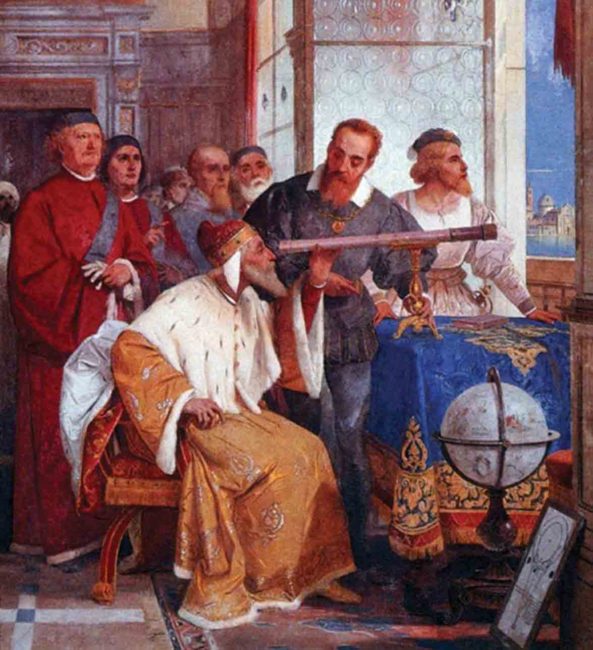 Giuseppe Bertini (1825-1898). Galileo Galilei showing the Doge of Venice how to use the telescope (fresco).
View Metadata

This fresco from the nineteenth century is on the walls of the Bertini Room in the Villa Andrea Ponti in northern Italy near Milan. 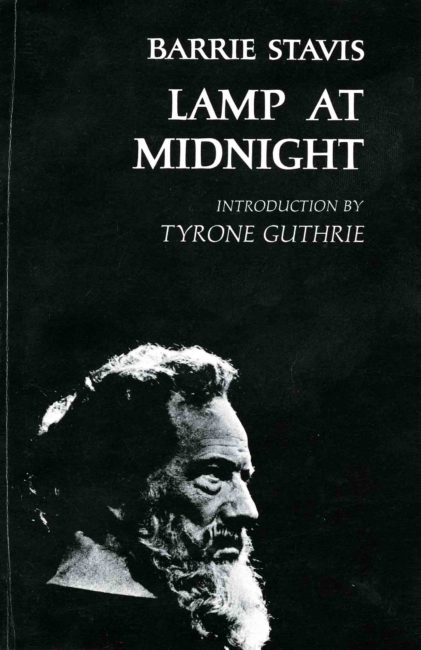 This play, by the respected American playwright, was first performed in 1947. Lamp at Midnight deals with the events surrounding Galileo’s astronomical discoveries and his trial before the Inquisition. Galileo’s scientific curiosity in the face of official opposition has inspired a number of authors besides Stavis to write plays about his life.  Another notable example is Life of Galileo by German playwright Bertolt Brecht, first performed in 1943.