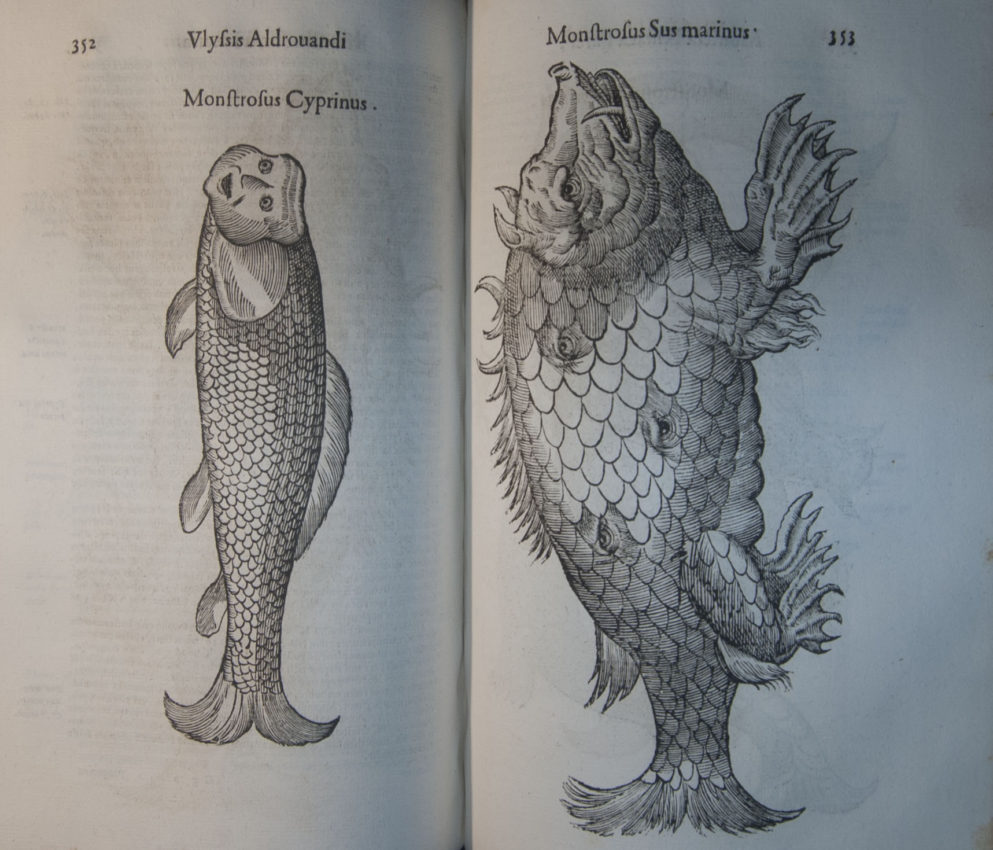 Ulisse Aldrovandi was an Italian physician and naturalist. While working as a teacher of logic at the University of Bologna, Aldrovandi would use his vacation periods to study nature and collect biological specimens for his museum, which eventually became one of the finest of its time. He was later appointed a professor of natural sciences, and did much to encourage an interest in the systematic study of natural history. Aldrovandi set out to write a complete zoological encyclopedia, though he published only four volumes in his life; many other works, such as this one, appeared posthumously, based on his manuscripts and notes. His Monstrorum Historia, shown here, was a treatise on monsters and other abnormalities. In Aldrovandi’s day, this encompassed a great variety of topics, as seventeenth century science did not draw as many clear distinctions between disciplines. As such, the book’s coverage ranges from real animals (which were perceived as being somehow abnormal or otherwise strange) to monsters (sea serpents, mer-people, mythical creatures, and so forth) to humans and animals with conditions that we would recognize as medical congenital disorders (along with a lot of impossible human-animal hybrids). 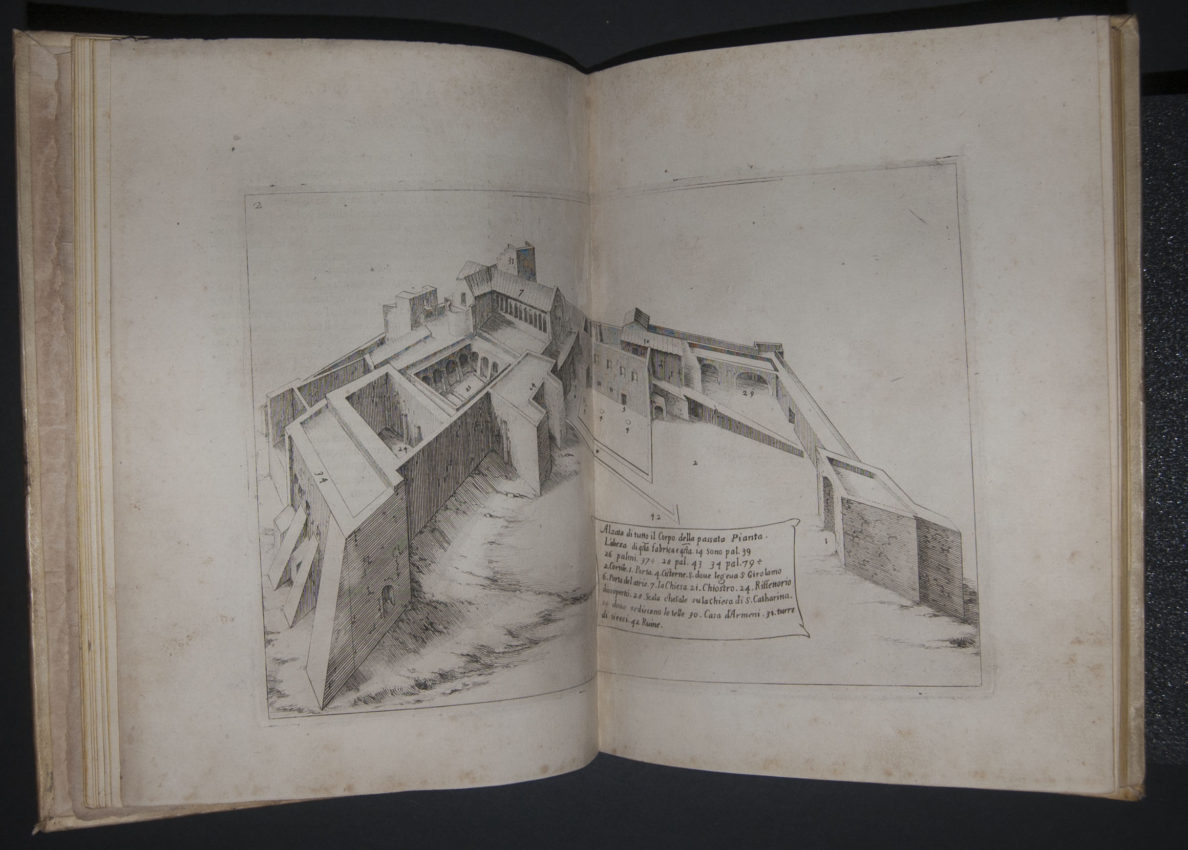 Trattato Delle Piante is an architectural treatise on the ancient buildings of Jerusalem. Its author, Bernardino Amico, was a Franciscan monk who had traveled from Europe to Jersualem in 1593. Because the book depicts these buildings as they looked in the late sixteenth century, it offers the opportunity to see how these structures may have been altered, damaged, or conserved in the centuries since.