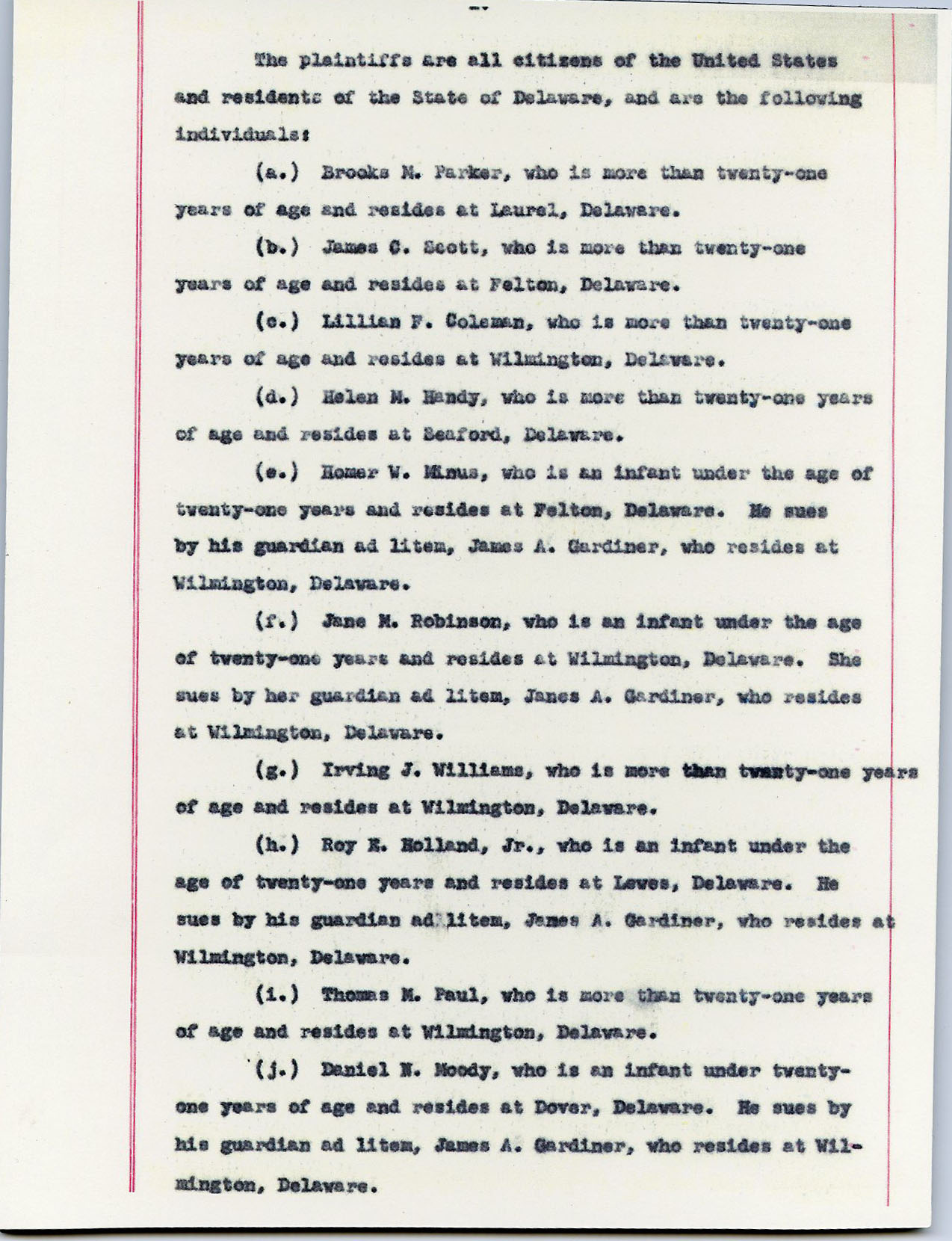 This document names the ten Delaware State College students represented in the lawsuit. 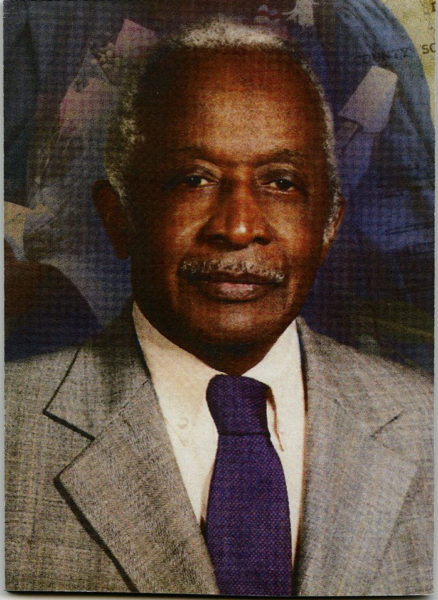 Delaware civil rights pioneer and former NAACP attorney who represented the plaintiffs in the case. Prior to taking the matter to court, Redding corresponded with Hugh M. Morris, then the president of the university’s Board of Trustees, requesting that Morris allow the students to be admitted. The letters between Morris (for whom Morris Library is named), and Redding were included as evidence in Parker v. University of Delaware.

These students were admitted to UD soon after the Parker v. University of Delaware ruling. Williams went on to pursue a legal career, working alongside Redding and eventually becoming a municipal judge in Wilmington. 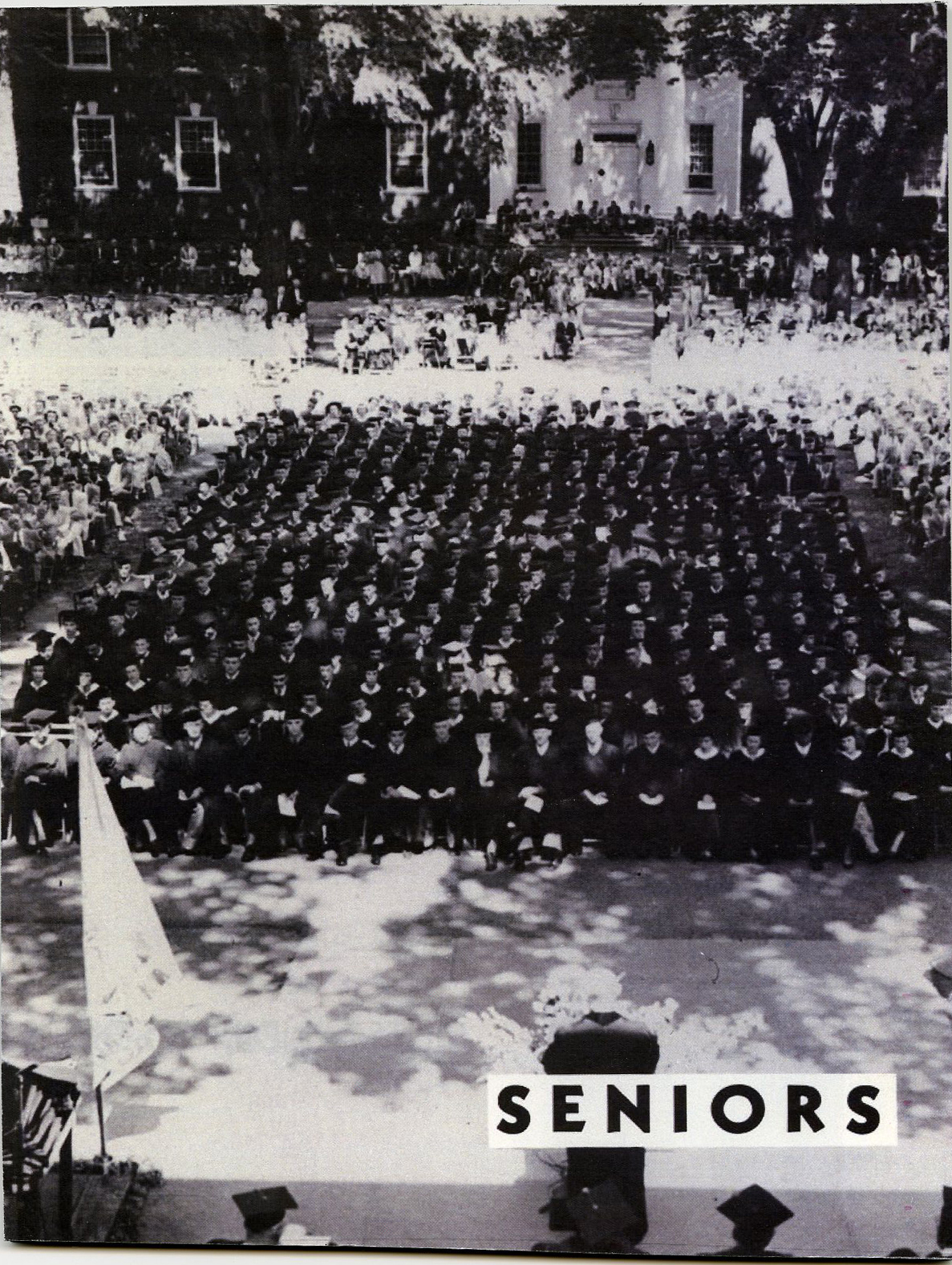 “It is therefore urged upon the Board of Trustees of
University of Delaware that…equal access to education…
cannot constitutionally be denied to or withheld from some of the citizens of the state solely because of their race or color.”