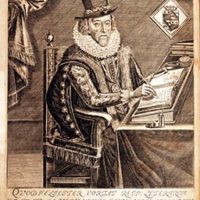 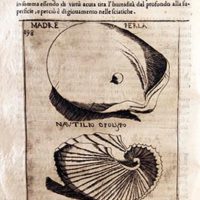 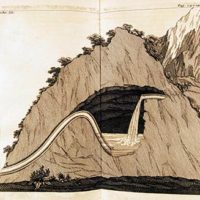 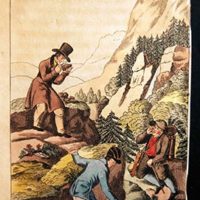 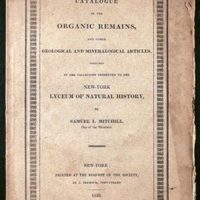 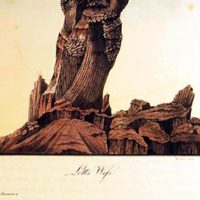 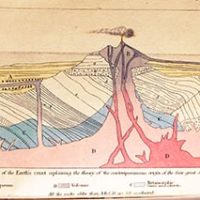 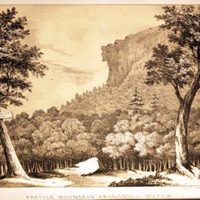 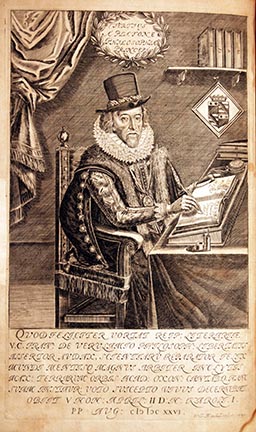 Bacon, Francis, 1561-1626. Of the Advancement and Proficience of Learning, or, The Partitions of Sciences: IX Bookes / Written in Latin by the Most Eminent Illustrious & Famous Lord Francis Bacon ...; interpreted by Gilbert Wats. Oxford: Printed by Leon. Lichfield ... for Rob. Young & Ed. Forrest, 1640.
View Metadata 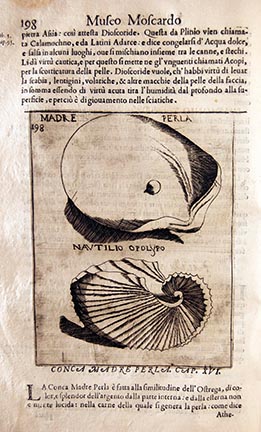 This is the first edition of the catalogue of the museum of Count Ludovico Moscardo (1611-1681), who assembled one of the most important curiosity cabinets of his time. Moscardo’s museum owed its fame partly to the publication of this printed catalogue. Moscardo’s museum incorporated the earlier cabinet of Francesco Calzolari of Verona, to which Moscardo added his own eclectic collection of antiquities, especially statues and inscriptions, oil lamps and weapons, fibulae and lachrymatories. The museum covered the entire range of natural history specimens (corals, shells, minerals, animals, and fossils), curiosities, ethnographic objects such as a pre-Columbian slipper, and manufactured objects such as clocks, keys, musical instruments and an unusual group of crowns.

Guy Tachard was a French Jesuit missionary and mathematician who was sent on two occasions to the Kingdom of Siam by King Louis XIV. Tachard wrote detailed accounts of both of his visits to Siam and they include his observations on the flora, fauna, and geography of the country. The books contain a variety of beautifully-executed engravings. 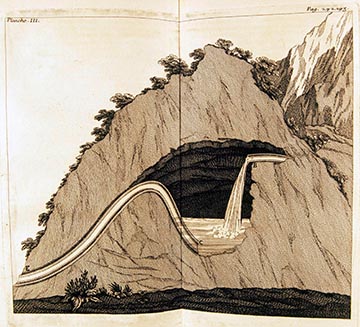 Jean Astruc was a French physician who was well-versed in natural history. His exhaustive natural history of this province in the South of Francis contains a number of beautifully rendered engravings, including this remarkable depiction of an underground spring and waterfall. 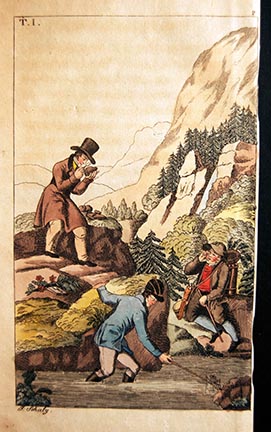 Gottlieb Tobias Wilhelm was the son of an Augsburg engraver and art publisher. He studied theology and philosophy in Leipzig and spent most of his life as a teacher and as a cleric in the service of the Protestant Church. Wilhelm is best known for his massive twenty-six volume natural history Unterhaltungen aus der Naturgeschichte, which described and illustratred every aspect of nature. The two volumes of his Mineralreichs represent the concluding section of Unterhaltungen aus der Naturgeschichte. Although Wilhelm provides an in-depth explanation of all aspects of the science of mineralogy, based largely on the theories of Abraham Gottlob Werner, the book is best known today for the many quaint, hand-colored plates it contains which depict minerals, fossils, geologic phenomena, laboratory apparatus, scientists in the field, and scenic views. 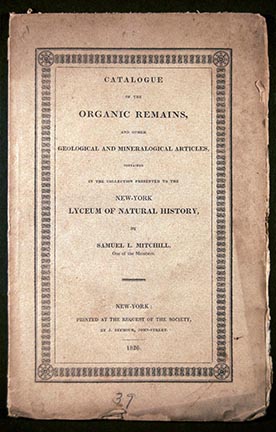 Mitchill, Samuel L. (Samuel Latham), 1764-1831. Catalogue of the Organic Remains, which, with Other Geological and Some Mineral Articles, Were Presented to the New-York Lyceum of Natural History, in August, 1826. New York: Printed at the request of the Society by J. Seymour, 1826
View Metadata

Mitchill taught chemistry, botany, and natural history at Columbia College from 1792 until 1801 and was a founding editor of The Medical Repository, the first medical journal in the United States. In addition to his Columbia lectures on botany, zoology, and mineralogy, Mitchill collected, identified, and classified numerous plants and animals, particularly aquatic organisms. In 1817 Mitchill founded the Lyceum of Natural History in the City of New York which is now the New York Academy of Sciences. In this catalog Mitchill described a major gift of specimens he made to the Lyceum. 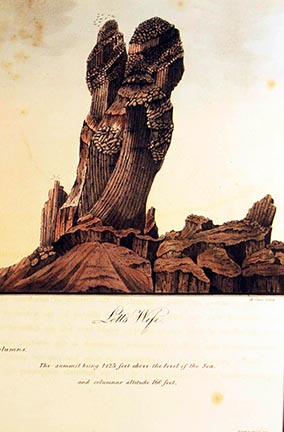 Seale, Robert F. The Geognosy of the Island St. Helena: Illustrated in a Series of Views, Plans and Sections; Accompanied with Explanatory Remarks and Observations. London: Ackermann and Co., 1834
View Metadata

This is the first edition of a beautifully illustrated work on the extraordinary geology of the Island of St. Helena, where Napoleon Bonaparte spent his final years in exile before dying in 1821. Robert Seale (1791-1839) was born on St. Helena and later, in the employ of the East India Company, worked under Henry Brooke, perhaps the island's best known historian. In 1836 he was appointed the first Colonial Secretary under the Crown, but was dismissed in 1838 and died suddenly the following year. 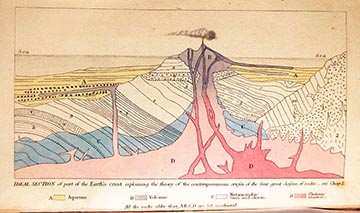 In his groundbreaking first book Principles of Geology (1830-1833), the Scottish geologist Charles Lyell formulated the proposition that the Earth was shaped by the same processes still in operation and that the present is the key to the past. Lyell was also one of the first to believe that the world is older than 300 million years, on the basis of its geological anomalies and he was a close associate of Charles Darwin. With Elements of Geology, Lyell provides a detailed field guide for students of geology. 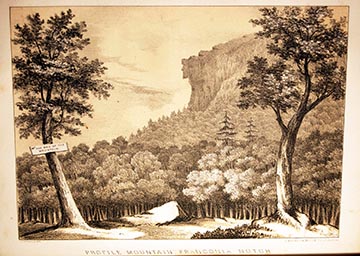 Jackson, Charles T. (Charles Thomas), 1805-1880. Final Report on the Geology and Mineralogy of the State of New Hampshire, with Contributions towards the Improvement of Agriculture and Metallurgy. Concord, N.H.: Carroll & Baker, State Printers, 1844.
View Metadata

Charles Thomas Jackson was an American physician and scientist who was active in medicine, chemistry, mineralogy, and geology. He played an active role in the developing state geological survey movement, serving successively between 1836 and 1844 as the state geologist of Maine, Rhode Island, and New Hampshire. This illustration from Jackson’s New Hampshire survey depicts “The Old Man of the Mountain,” a series of five granite cliff ledges on Cannon Mountain in the White Mountains--also known as the Great Stone Face or the Profile–which was named the State’s emblem in 1945 and remained an inconic symbol until the granite ledges collapsed in 2003.