Senator John J. Williams of Delaware and the Voting Rights Act of 1965 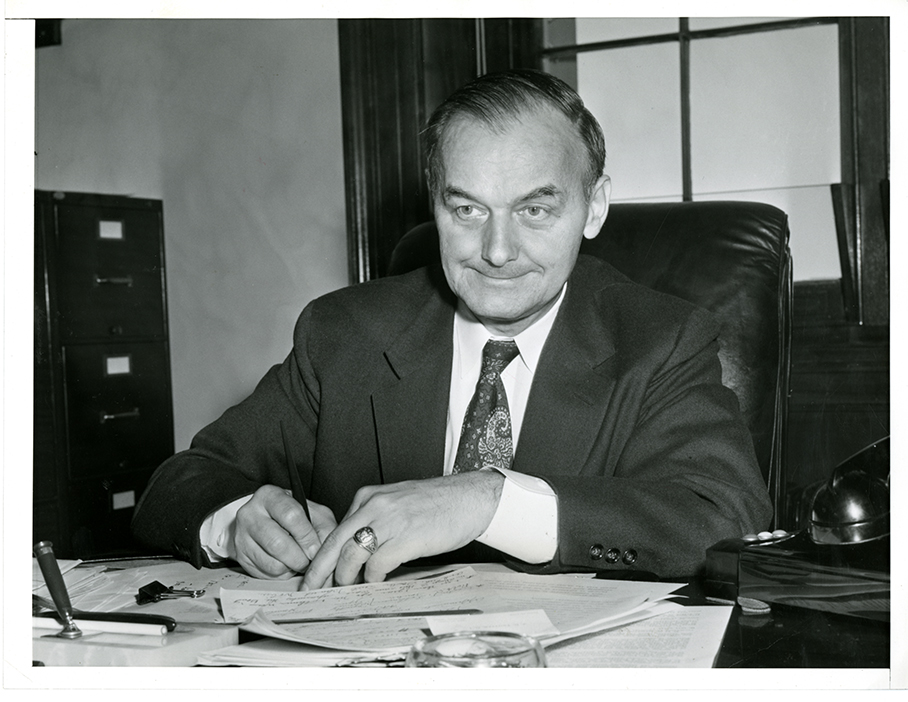 Senator John J. Williams was born in Bayard, Delaware, on May 17, 1904. Williams started his career in politics serving on the Town Council of Millsboro. In 1946, after serving fourteen years on the Town Council, Williams ran for the United States Senate and won the Republican Party nomination and the seat. From the beginning of his Senate career, Williams stayed true to his conservative ideals. He advocated for the agriculture industry in Delaware and supported federal fiscal conservatism. Williams served on several committees, including two of the five key committees in the U.S. Senate: Finance and Foreign Relations. He served as the Republican Party liaison between the two committees until his retirement in 1970.

During the civil rights era of the 1950s and 1960s, Williams was widely credited with quelling civil unrest in Delaware over the issue of court-ordered integration. In 1965, he introduced the “Clean Elections” amendment to the Voting Rights Act, which sought to create a fair and honest voting process by criminalizing vote-buying and falsifying voter and registration information. Williams became famous for his investigative work and sparked public interest in 1963 when he pressed for a formal investigation of Robert G. (“Bobby”) Baker, Secretary to the Senate Majority, before the Rules Committee. For the Baker case, he was lauded for his courageousness in confronting the issues of ethical standards for elected officials and government employees.

In 1969, Williams announced he would not seek re-election in 1970 and left the Senate on January 1, 1971. Upon his retirement, Williams and his wife, Elsie, returned to Millsboro and remained active in public service until his death on January 11, 1988.