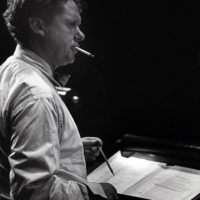 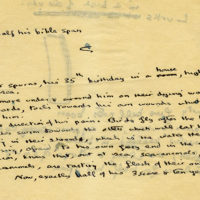 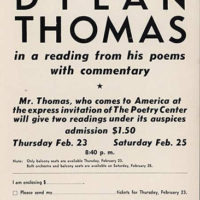 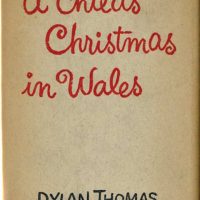 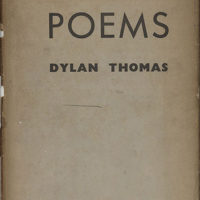 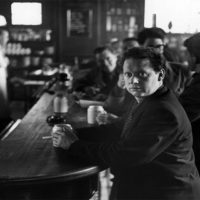 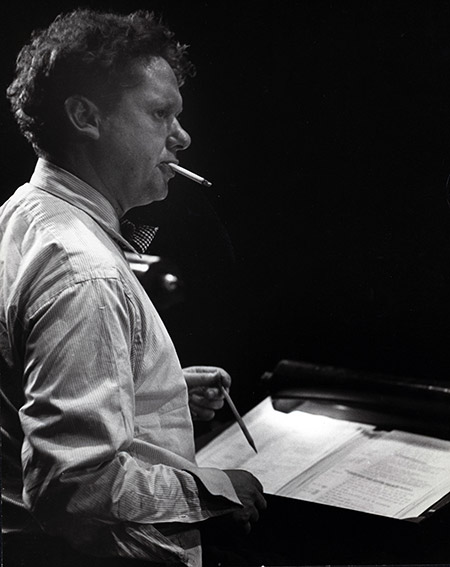 Photograph of Dylan Thomas directing a rehearsal of \"Under Milk Wood\" at the 92nd St. YM-YWHA Poetry Center in May 1953. Photograph by Rollie McKenna.
View Metadata 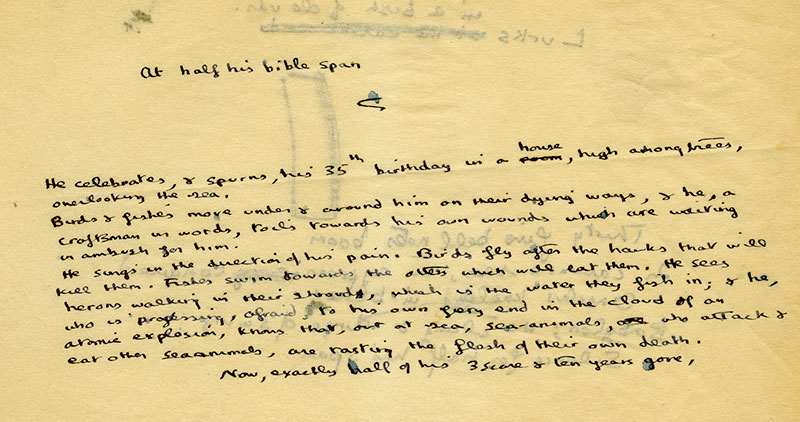 Two versions of “Poem on his Birthday” were published in 1952: one in The Atlantic Monthly (March 1952) and in In Country Sleep and Other Poems, and a second in Collected Poems, which appeared in November 1952. The imagery emphasizes a preoccupation with death and decay, feelings with which Thomas was struggling on the occasion of his thirty-fifth birthday in 1949. This poem marks a significant difference from the bittersweet and nostalgic “Poem in October,” written for his thirtieth birthday.
View Metadata 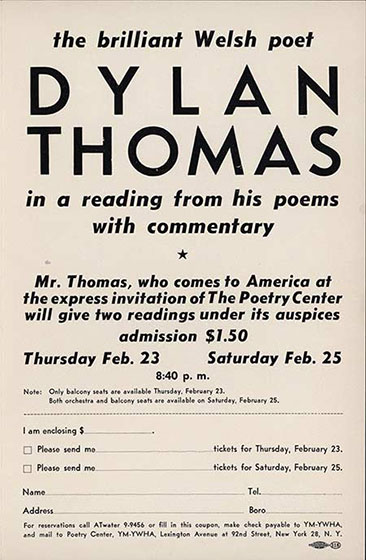 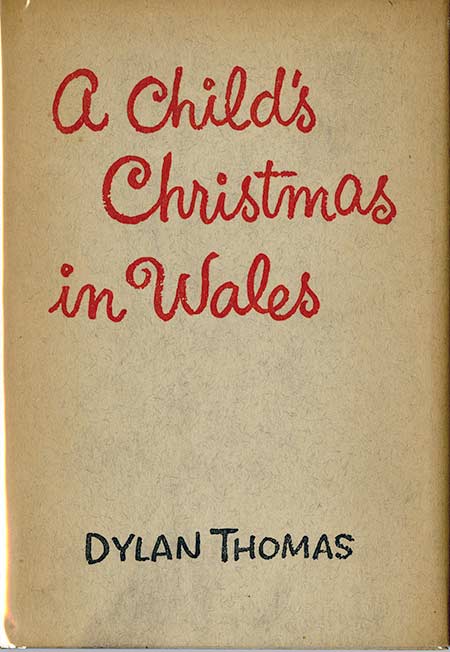 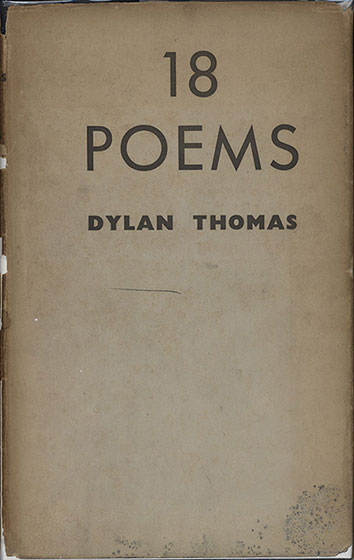 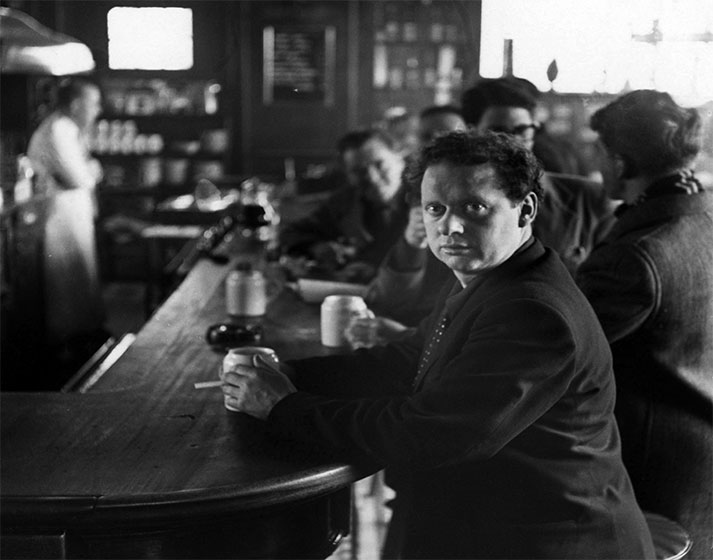 Dylan Thomas’s first volume, 18 Poems, was published in 1934, after gaining the attention of modernist poet T.S. Elliot. In 1937, Thomas married Caitlin Macnamara (1913-1994). Thomas earned a reputation as l’enfant terrible in 1930s literary circles while living off of small publication fees and loans. Begging and borrowing were preferable to holding down a job, and even became a literary exercise. During World War II, he solicited wealthy benefactors including Peggy Guggenheim for his unsuccessful “Five Bob Fund,” and later began writing to other literary figures at random for cash. He wrote to a friend, “I’d rather be a poet any day and live on guile and beer.”  His tumultuous relationship with Caitlin, later characterized by rounds of vindictive infidelities, along with his penchant for alcohol, contributed  to the legend of the bad boy poet, which Thomas perpetuated and encouraged.

Thomas enjoyed significant bursts of (unparalleled) creativity when living in Wales. Although known as a Welsh poet, Thomas drew more on nostalgia for the bucolic setting of his childhood than any sort of national consciousness or patriotism. During his lifetime, Thomas published several collections of poetry, including the popular Death and Entrances (1946); the beloved A Child’s Christmas in Wales (1955); and Under Milk Wood (1953), a “play for voices,” which was first performed during Thomas’s third and final trip to the United States.

In 1949, John Malcolm Brinnin (1916-1998) invited Thomas to the 92nd St. Y Poetry Center and sponsored an American reading tour. Brinnin also became Thomas’s agent during the tour, handling his booking, travel, and finances. Thomas’s readings at the Poetry Center and at college campuses across the country gained him the acceptance and attention of a young and enthusiastic audience, and the American press was just as eager to provide documentation of the sensational bard.

Thomas died unexpectedly in New York on November 9, 1953, during his second American tour.  A memorial plaque in Poets' Corner at Westminster Abbey was dedicated in 1982. The Thomases’ Boat House at Laugharne, Wales, was restored and opened to visitors, and in Swansea, Wales, the Dylan Thomas Centre opened in 1996.