Ex Libris: Selections from the Poetry Library of X.J. Kennedy 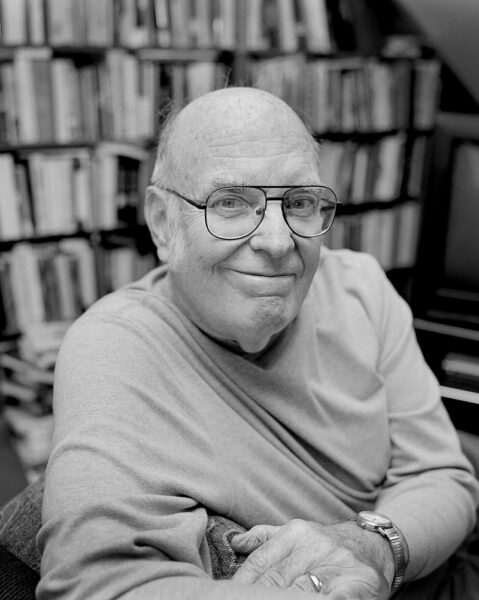 This exhibition presents a small group of books from the poetry library of the American poet X. J. Kennedy.  Born Joseph Charles Kennedy, in 1929 in Dover, New Jersey, as he began to gain recognition as an author, Kennedy made the decision to write under the name X.J. Kennedy to avoid confusion with Joseph Kennedy, U.S. Ambassador to England and patriarch of the Kennedy political clan.  X. J. Kennedy has written more than twenty published poetry collections. Kennedy is also a prolific author of children’s books, and has edited or co-edited some of the most important twentieth century literary anthologies and textbooks.

Several years ago, X. J. Kennedy’s good friend, the poet Dana Gioia, suggested I contact Kennedy, who at the time was searching for a home for his extensive poetry library.  I subsequently visited him at his home in Lexington, Massachusetts and over the course of a few days selected more than 2,100 volumes of poetry, which he generously donated to the University of Delaware Library.

In recent years, scholars and collectors have devoted a good deal of attention to the personal libraries of writers.  As discrete collections, these libraries provide unique glimpses into authors’ personal reading, their literary networks, and, in X. J. Kennedy’s case, his role as a friend and mentor to other poets.

The range of authors and presses in X. J. Kennedy’s library is remarkable and the books included in this exhibition represent a small sample of what is available in the collection.  My own selection is a rather serendipitous one, but I hope it provides at least a glimpse into this remarkable collection, which X. J. Kennedy assembled during his long, productive career.