A Study in Sherlock in Special Collections

“A Scandal in Bohemia” 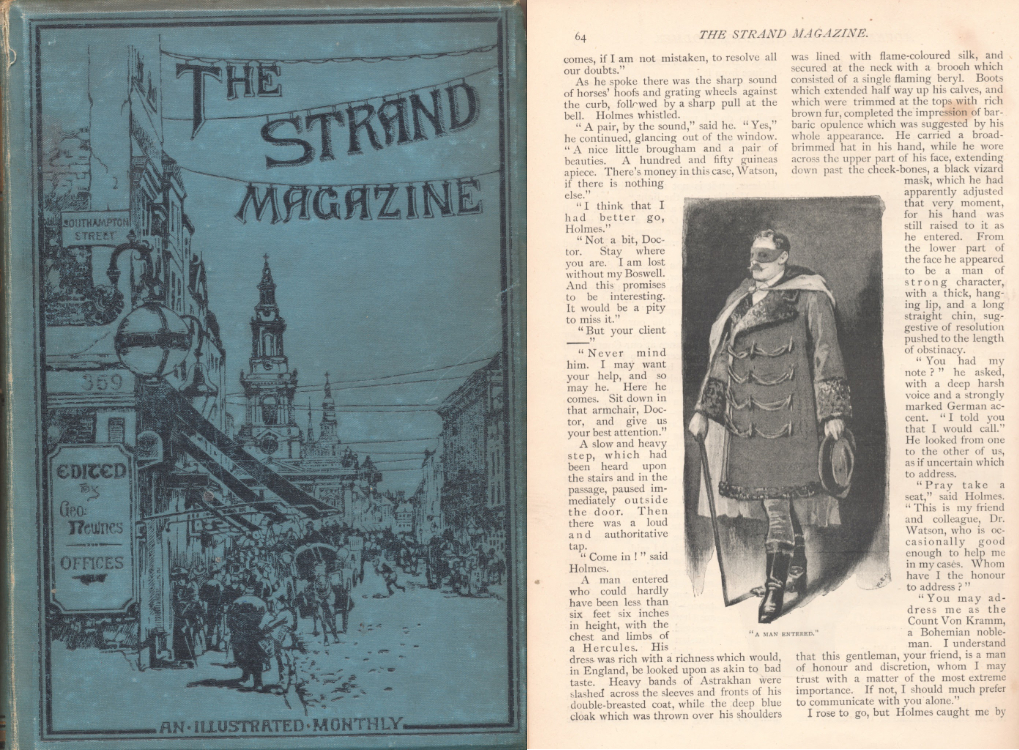 Although two novellas about Sherlock Holmes had previously appeared—”A  Study in Scarlet” (Beeton’s Christmas Annual in 1887) and “The Sign of the Four” (Lippincott’s Monthly Magazine, February 1890)—to moderate success, it was the publication of “A Scandal in Bohemia” in the July 1891 issue of The Strand Magazine and the subsequent “adventures” which made the consulting detective and his creator world-famous. So popular were the Holmes stories that the circulation of George Newnes’ new magazine soared into the hundreds of thousands. Readers were captivated not only by Doyle’s writing skill and invention, but by clever plots blending imagination and reality, by the personalities of Holmes and Watson, and by Sidney Paget’s illustrations that would eventually become iconic. Doyle kept up the attention through the creation of a series of independent stories in which the main characters continued to appear. This technique became a mainstay of fiction from the 1890s onwards, leading, in the twentieth century, to the burgeoning of serials in broadcasting, film, comic books, and other manifestations of popular culture. 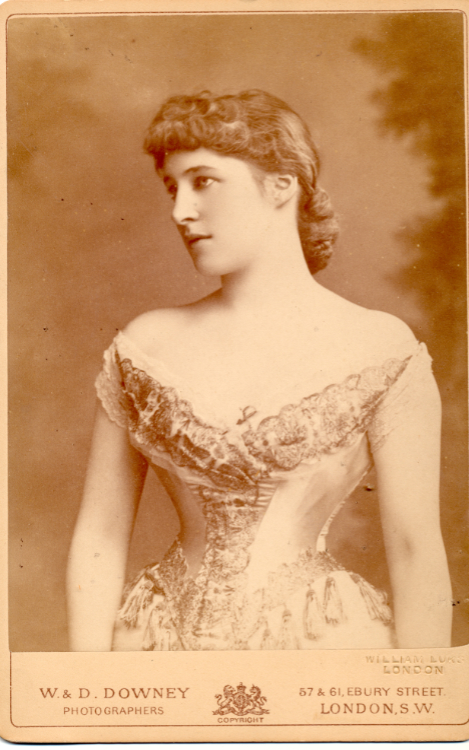 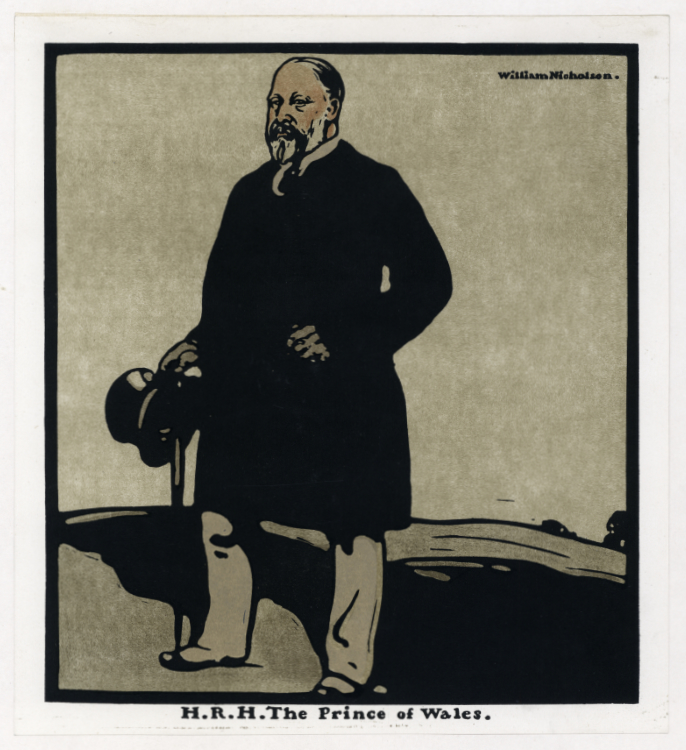 The tale of a jilted lover of a royal personage taking revenge led to much speculation about the real-life figures Doyle may have had in mind when writing “A Scandal in Bohemia.” Many believed that Irene Adler, the mysterious and dangerous cross-dressing former diva from New Jersey, resembled Lillie Langtry (1853–1929). Born Emilie Charlotte Le Breton on the island of Jersey and known as the “Jersey lily,” Langtry was a “society beauty” who in 1881 began a successful stage career as actor (and later producer) in Britain and America. Langtry’s affair with the Prince of Wales suggested strongly that the philadering future Edward VII was the model for the King of Bohemia—although their romantic relationship ended years before. 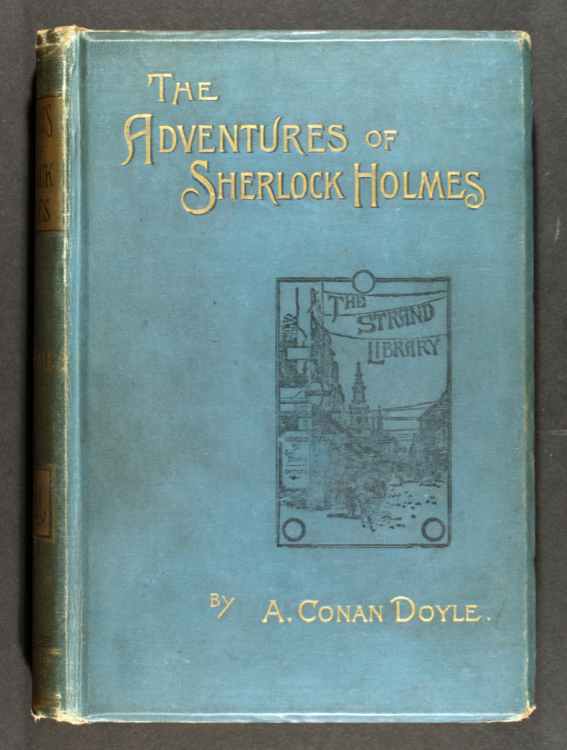 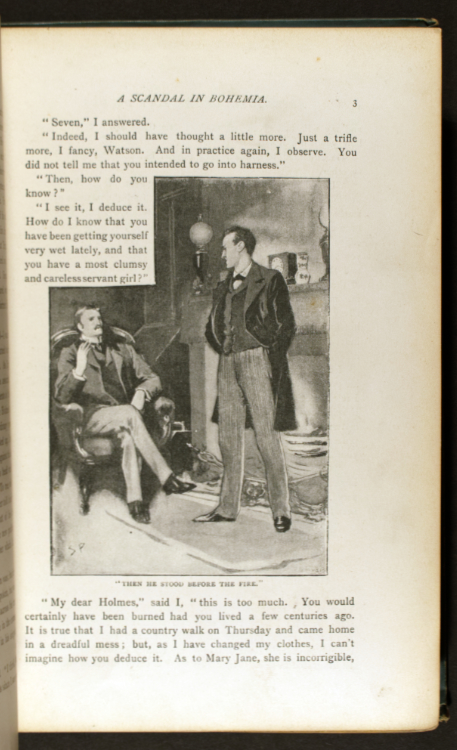 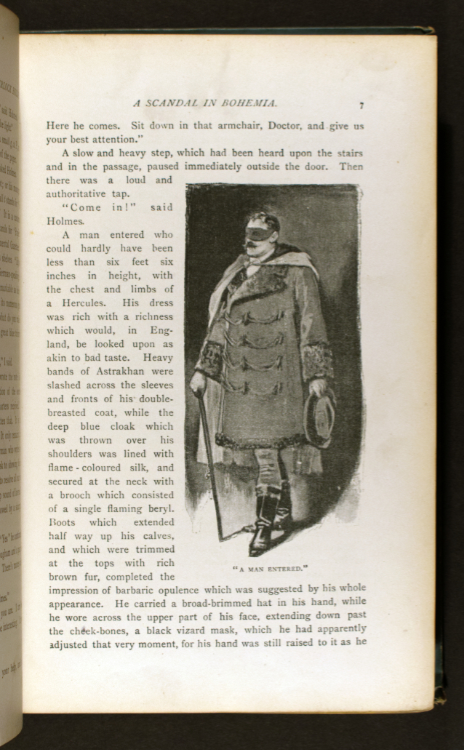 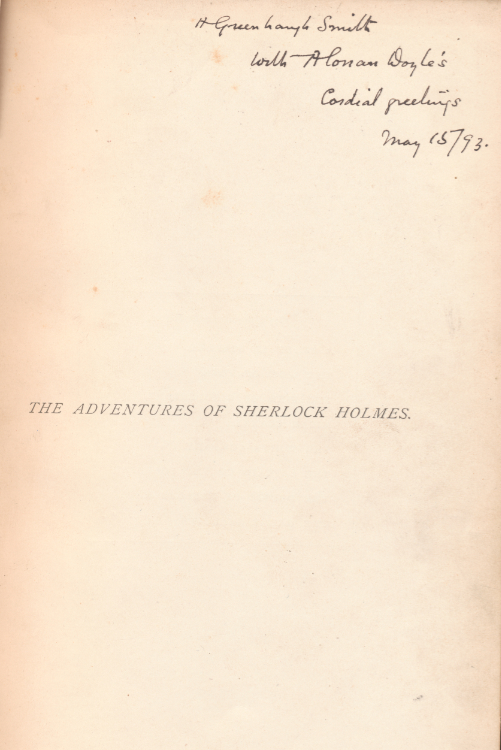 “A Scandal in Bohemia” opens this collection of the first twelve Sherlock Holmes stories from The Strand, rejiggered for book publication with the text set in a single column and larger illustrations. The cloth cover reproduces in small scale the design used for the paper-wrappered issues of the magazine by the otherwise-forgotten artist, George Chalres Hallé. This copy of the second printing was presented by Doyle to Herbert Greenough Smith, the editor of The Strand. Their collaboration would continue for more than three decades as Doyle continued to contribute both fiction and non-fiction to the periodical. 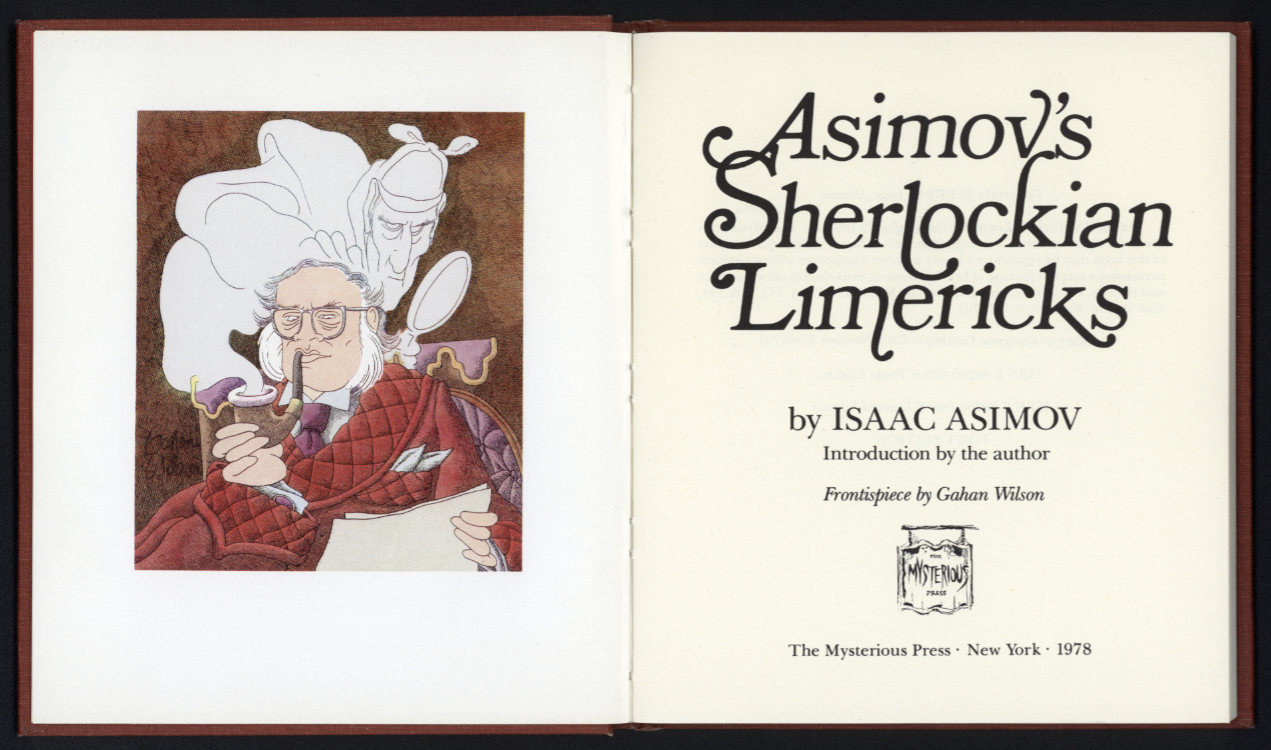 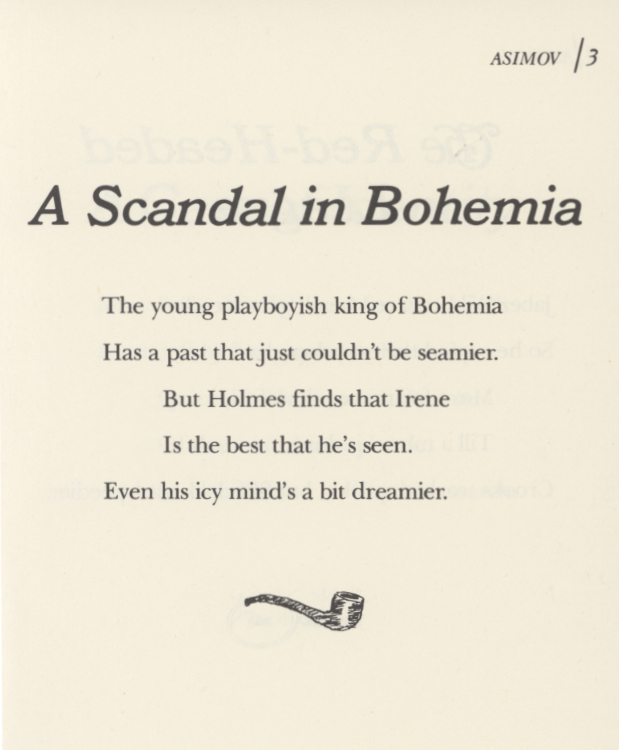 It will come as no surprise that Isaac Asimov was attracted to Sherlock Holmes. Best-known for his science fiction (the Foundation novels), the polymath, writer, and professor of biochemistry was interested in everything, as witnessed by his nearly 300 books and more published short stories than even Arthur Conan Doyle produced. Asimov belonged to the Baker Street Irregulars, the erstwhile Sherlockian fan club (members had to pass a test to be elected and take a name from the Holmes tales—Asimov’s was  “The Remarkable Worm Unknown to Science”). He also devoted a bit of his brain power to composing the limericks and drawings printed in this limited edition from the publishing side of Otto Penzler’s Mysterious Bookshop in New York. Each of the sixty-odd works in the “canon” received attention. As one commentator noted, “squeezing plots of varying length and complexity each into a single five-line limerick, the results are often bad poetry or unrecognizable as descriptions of the stories.” The frontispiece by New Yorker cartoonist and illustrator Gahan Wilson depicts Holmes looking over Asimov’s shoulder. 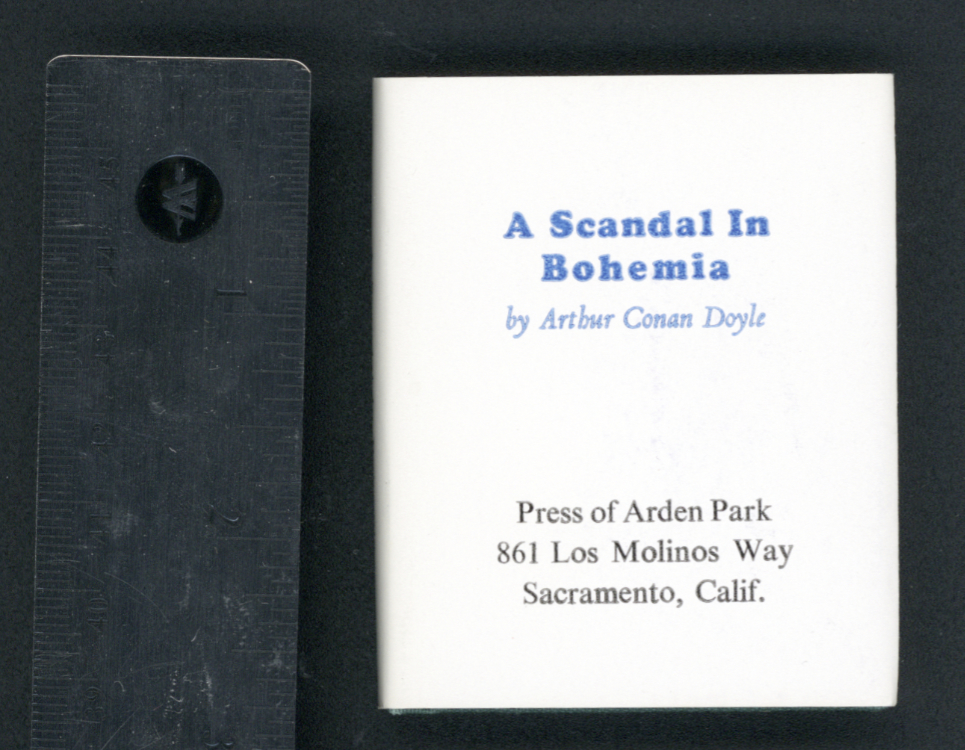 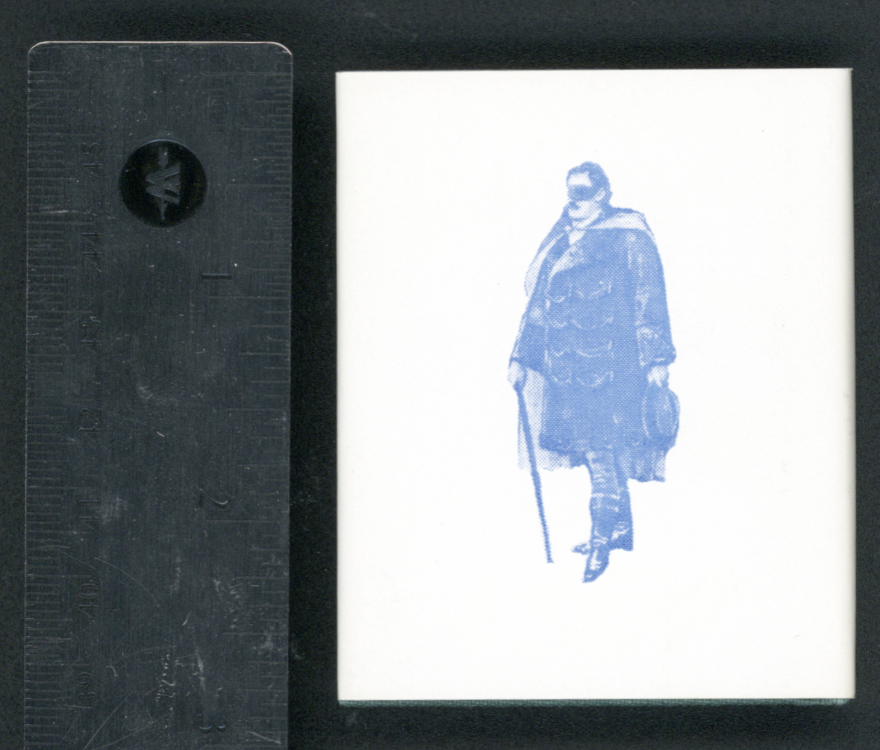 Sherlock Holmes has been published in so many ways and by so many people in so many countries and languages (with always more to come) that it may well be impossible to create a complete bibliography. Miniature books, defined as those three inches tall or less, seem to attract makers and collectors to an extraordinary degree. The several examples in this online exhibition, drawn from Special Collections’ extensive Marnie Flook Miniature Book Collection, are just the tip of the iceberg. This tiny version of A Scandal in Bohemia was one of three Sherlockian titles from the Press of Arden Park, a private letterpress operated by Budd Westreich in Sacramento, California. 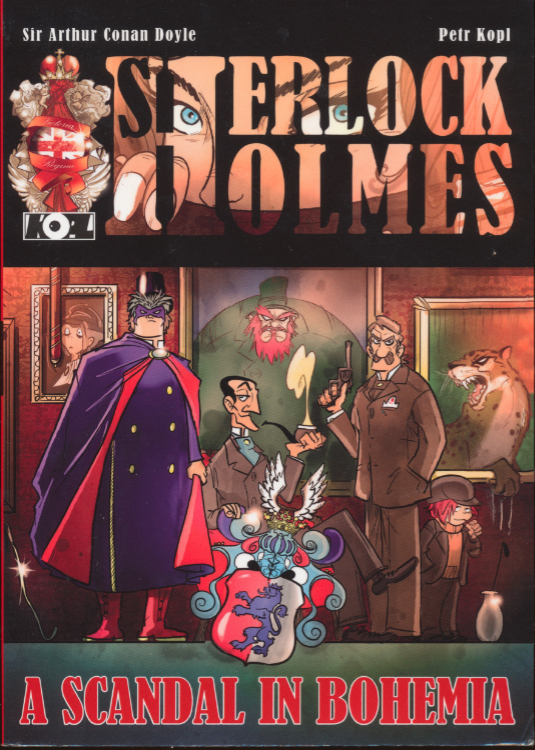 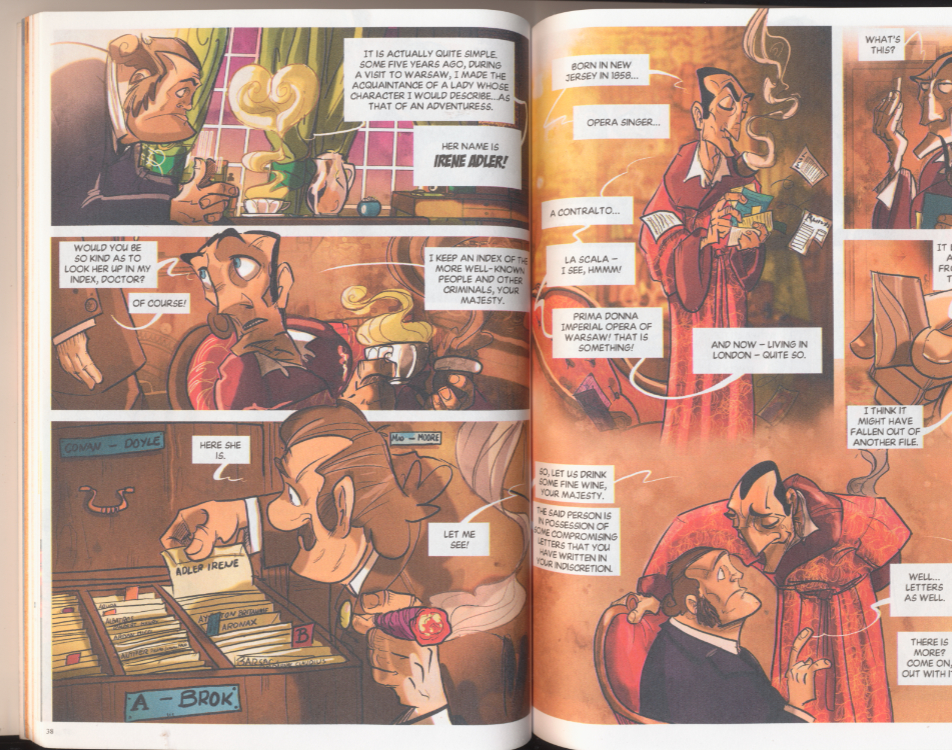 The first of four adaptations of the Sherlock Holmes stories by the noted Czech artist, this Scandal in Bohemia actually interweaves several of the detective’s other cases, including “The Speckled Band,” to comic effect. In its original Czech version the book was voted comic book of the year 2013 in the Czech Republic. An amusing appendix argues that the King of Bohemia was, of course, really from Bohemia.