As written by Christie, Hercule Poirot was born in Belgium and rose to command the Brussels police force before departing for England at the start of World War I. Once there, he met his lifelong friend, Captain Arthur Hastings, worked for the British secret service, and became a private detective. An elderly man from the first novel, Poirot is described as diminutive and dignified, with an upturned mustache, an egg-shaped head that he tilts to one side, and shining green eyes that reveal his clever mind. 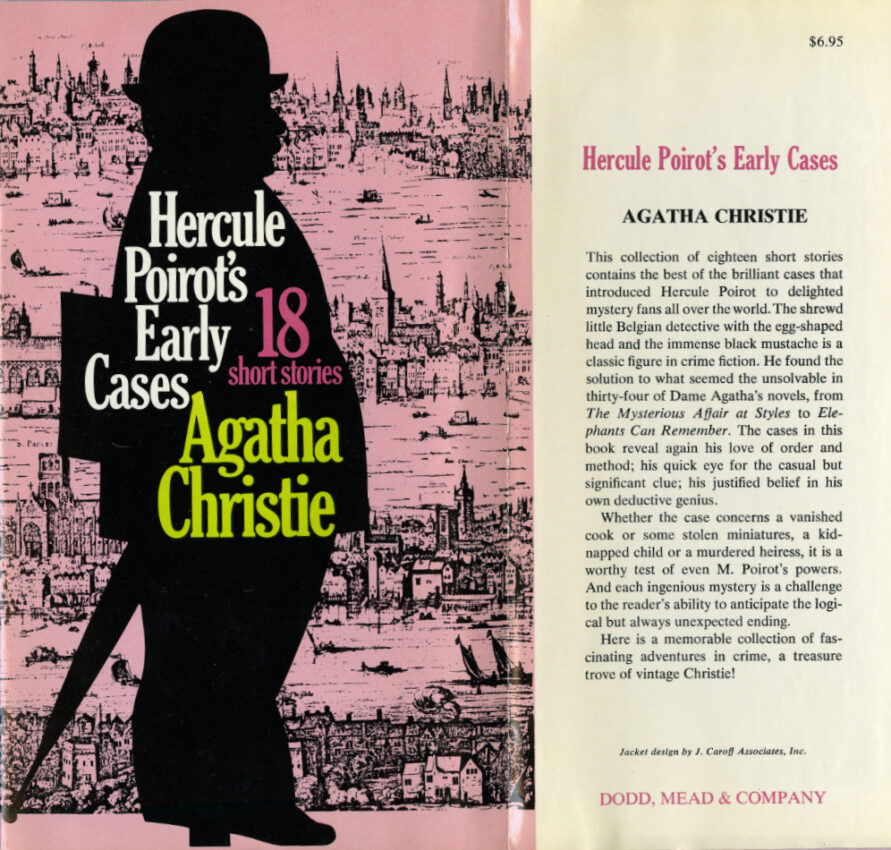 Hercule Poirot's Early Cases is a collection of eighteen short stories featuring the Begian detective originally published in periodicals between 1923 and 1935. It includes “The Cornish Mystery” and “The King of Clubs,” the two 1923 short stories adapted by company member Michael Gotch for the REP presentation of The Poirot Mysteries. 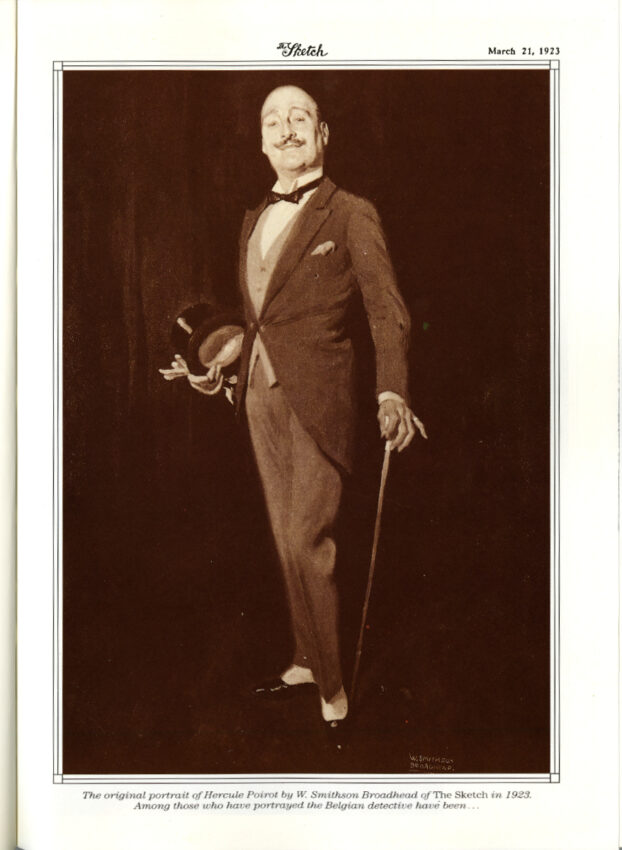 Like "The Cornish Mystery" and "The King of Clubs," Poirot's first portrait by W. Smithson Broadhead (1888-1960) appeared in the pages of The Sketch in 1923. The Sketch was a British illustrated weekly magazine published from 1893 to 1959 by the Illustrated London News Company. 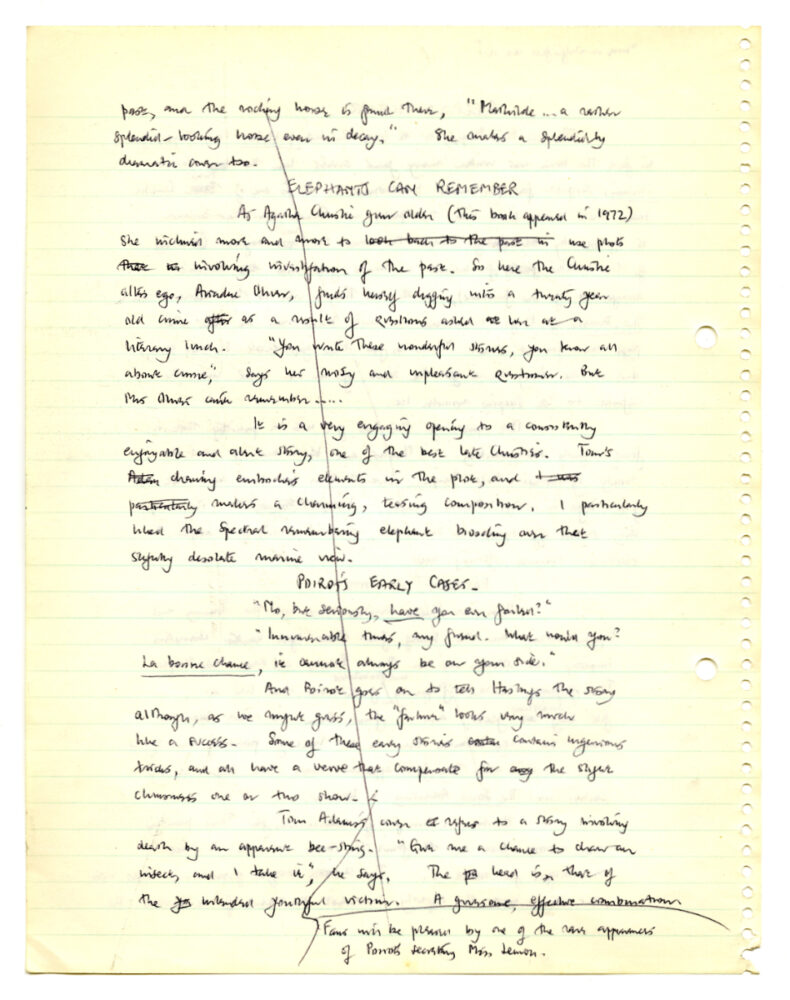 This unpublished manuscript page shows the start of a chapter by British poet, novelist, historian, and critic Julian Symons (1912-1994) about Poirot's Early Cases. It begins by quoting another of Christie’s 1923 short stories, “The Chocolate Box,” in which Poirot’s friend Arthur Hastings prompts the detective to recount his only failed case. The character of Hastings likely was modeled after Sherlock Holmes's companion, Doctor Watson.