"Hercule Poirot has made quite a place for himself in the world and is regarded perhaps with more affection by outsiders than by his own creator," writes Christie in "Detective Writers in England," a 1945 essay commissioned by the British Ministry of Information. After twenty-five years, Poirot had become “somewhat of an embarrassment” to the writer because of the necessity to contrive his involvement in each case. At the essay’s conclusion, Christie cautions young writers: “Be very careful what central character you create—you may have him with you for a very long time!” 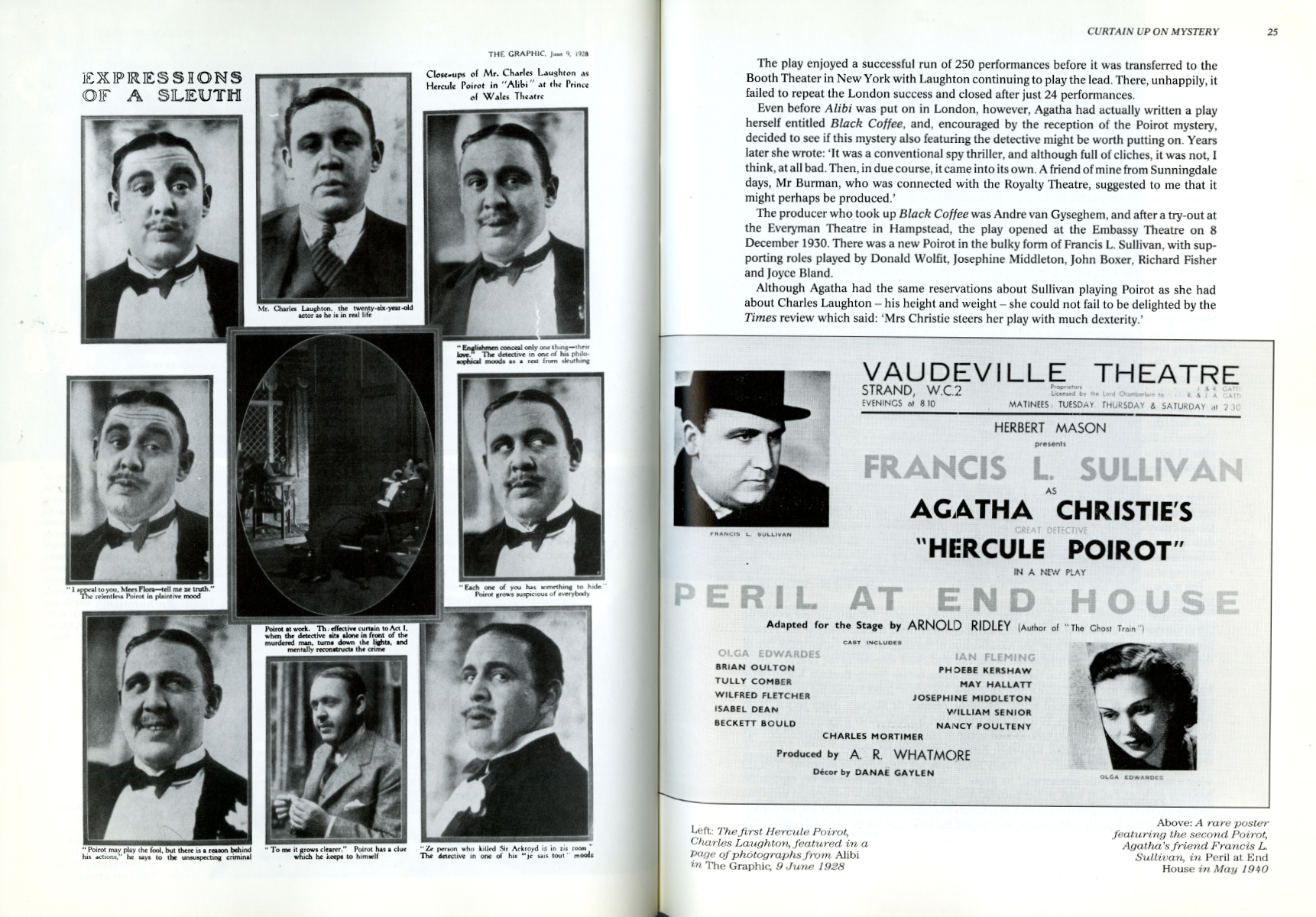 English actor Charles Laughton, depicted on the left, became the first to portray Poirot in the 1928 stage playe Alibi, an adaptation of Christie’s well-known novel The Murder of Roger Ackroyd (1926). Francis L. Sullivan, shown on the right, was next to take on the role. He played Poirot twice on stage in Black Coffee (1930) and Peril at End House (1940), as well as on screen in The Wasp’s Nest (1937). 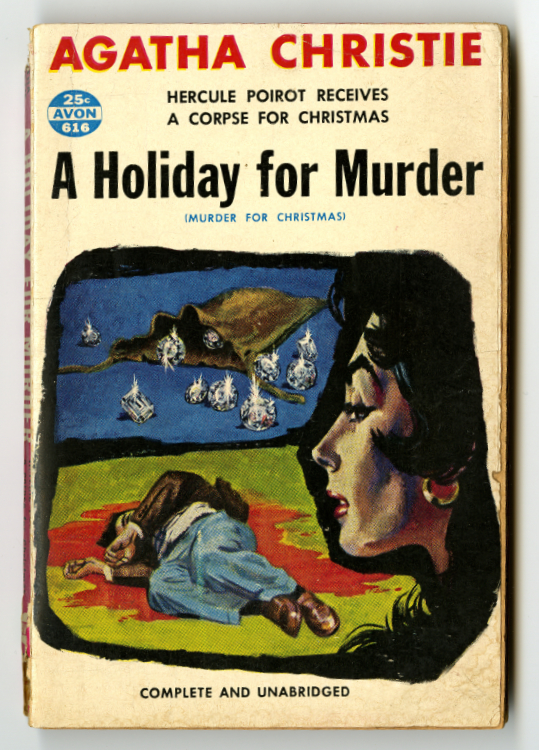 Pulp paperbacks like this one were printed on low-quality paper, keeping them inexpensively priced for a mass-market audience. First published as Hercule Poirot's Christmas (1938), then as Murder for Christmas (1939), the novel Holiday for Murder features Poirot in a locked-room mystery. This subgenre of detective fiction features a seemingly impossible crime in which, for example, there is no sign of how a killer entered or escaped from a locked room. 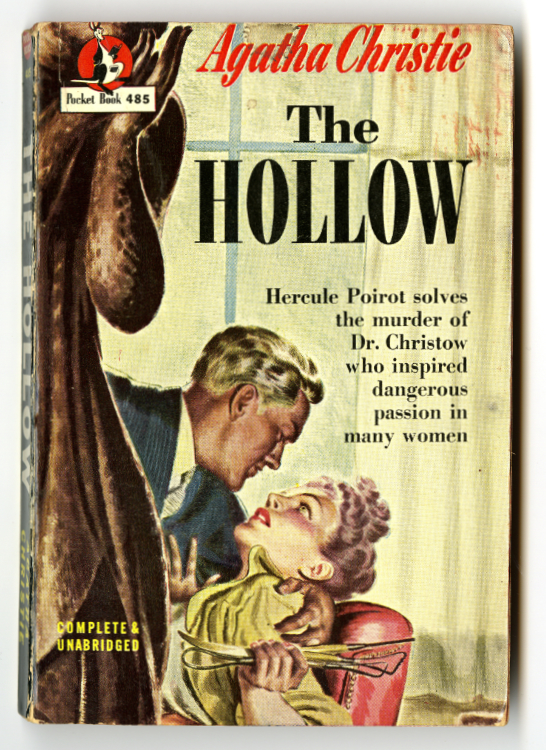 The Hollow, first published in 1946 and later titled Murder after Hours (1954), is an example of a a “country house mystery.” This subgenre of detective fiction features a crime in an isolated or contained setting with a quickly established pool of suspects. The setting for The Hollow is reported to have been inspired by the home of Francis L. Sullivan, who portrayed Poirot on stage and screen. 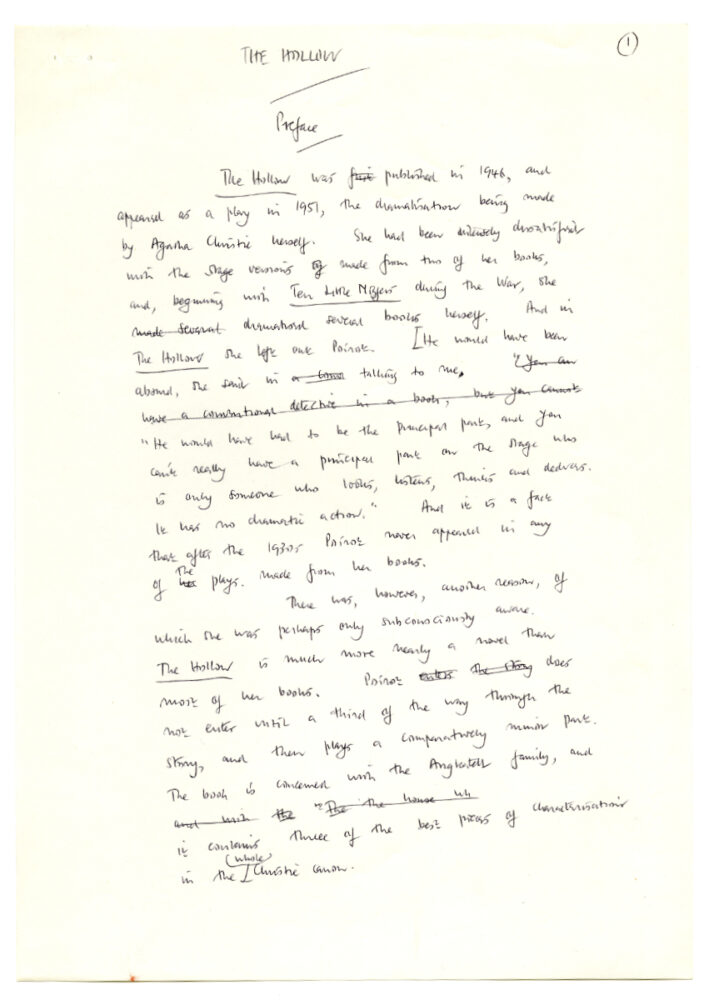 In his draft preface for The Hollow, Symons discusses Christie’s disappointment with early dramatizations of her novels and her subsequent decision to adapt her own works for the stage. He quotes her explanation for the striking omission of Poirot from her dramatization of The Hollow: “He would have had to be the principal part, and you can’t really have a principal part on the stage who is only someone who looks, listens, thinks and deduces.”