Previous
Online Exhibitions   »   Black with a Drop of Red: Contemporary Cuban Posters   »   Cuban Posters for Films from the United States

Cuban Posters for Films from the United States

To this day, films produced in the United States appeal to Cuban audiences. Since the early days of the Revolution, ICAIC promoted the best international films to be shown in Cuban movie theaters, including films from United States. Many posters from the period 1964 – 1974, especially those designed by René Azcuy (1939 – 2019), became part of how Cubans envision their culture as well as how people imagine Cuba.

In 2009, celebrations of the fiftieth anniversary of the Cinemateca de Cuba (Cuban Film Archive) included screenings of a number of classic films including some from the United States, ranging from Charlie Chaplin’s Modern Times (1938) to Jonathan Demme’s Silence of the Lambs (1991). A group of designers contributed to a poster portfolio to mark the occasion and called it Classic Films, Contemporary Design. Seven posters, from the portfolio of twenty-three, are of U.S. films. In addition, some Cuban designers have independently produced posters, like Edel Rodriguez’s 2016 Bonnie and Clyde. 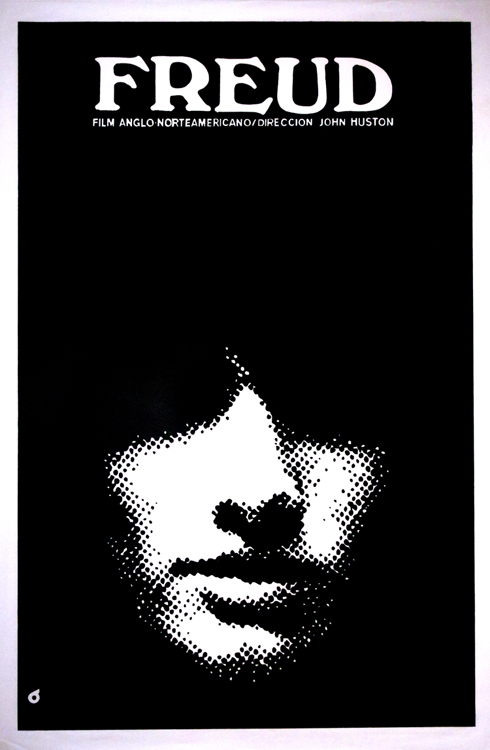 The visual language of Cuban film poster design crystallized between 1964 to 1974. This poster for Freud is an example of the distinctive sensibility of one of the most celebrated Cuban poster designers, René Azcuy. Beginning in 1960, he designed more than 250 posters for ICAIC. The contrasting black-and-white design produced using a halftone effect was one of Azcuy’s signature styles. A partial white face disrupts the poster’s black background, visually suggesting many scenes in the high-contrast black-and-white film where dark shadows frame pale faces. The impression that someone lurks beyond the surface evokes the theme of the subconscious explored in the film.

John Huston’s Freud, The Secret Passion examines Sigmund Freud’s early career. It begins in 1885 with Freud’s work on hysteria using hypnosis and traces early phases of his development of psychoanalysis. Huston commissioned philosopher, Jean-Paul Sartre to draft the screenplay. Sartre’s huge script explored controversial material including prostitution and Freud’s theory of the Oedipal complex. Attempts at editing angered Sartre and he withdrew his name from the project. Nevertheless, the film retains Sartre’s themes and some of his dialogue. 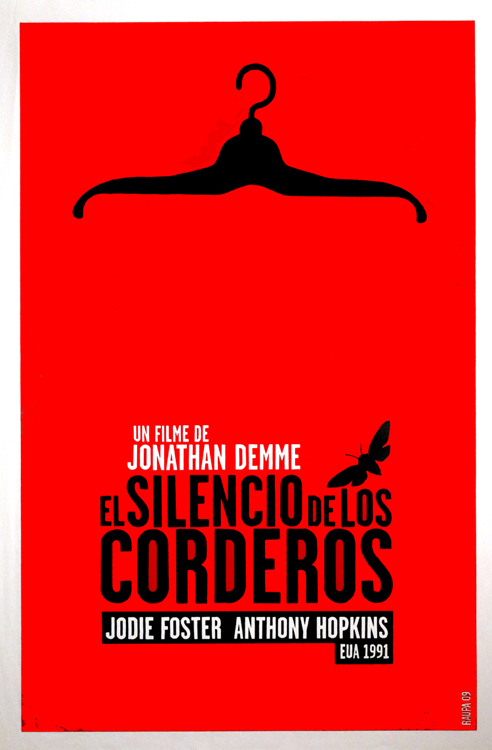 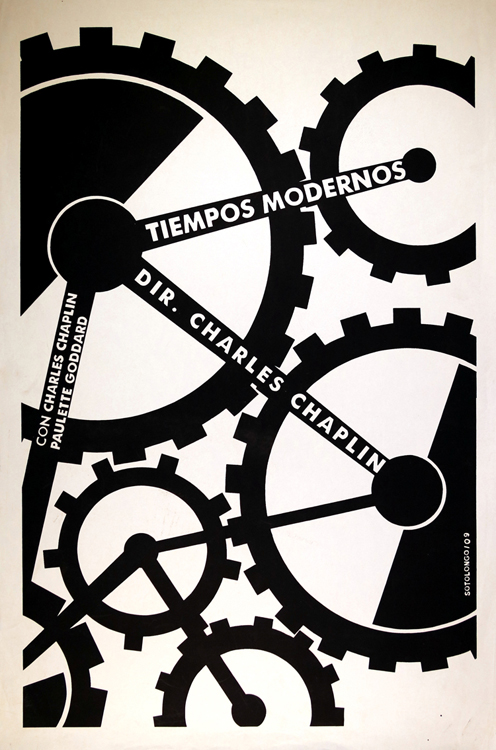 In his poster for Charlie Chaplin’s film Modern Times, Claudio Sotolongo references the film’s most iconic scene. Unable to keep up with the pace of the assembly line, Chaplin’s bumbling factory-worker character falls onto a conveyor belt and passes through a chute, only to be rolled through the giant gear-like machinery in the depths of the factory.

By focusing on the machinery and excluding the figure of Chaplin, the poster stands in contrast to most Cuban posters of Chaplin films. Although Cuban posters rarely focus on Hollywood stars, Chaplin is an exception. Numerous ICAIC posters feature Chaplin, often in the guise of his character the Little Tramp—including the first film poster produced for the Cuban Film Archive (Cinemateca de Cuba). 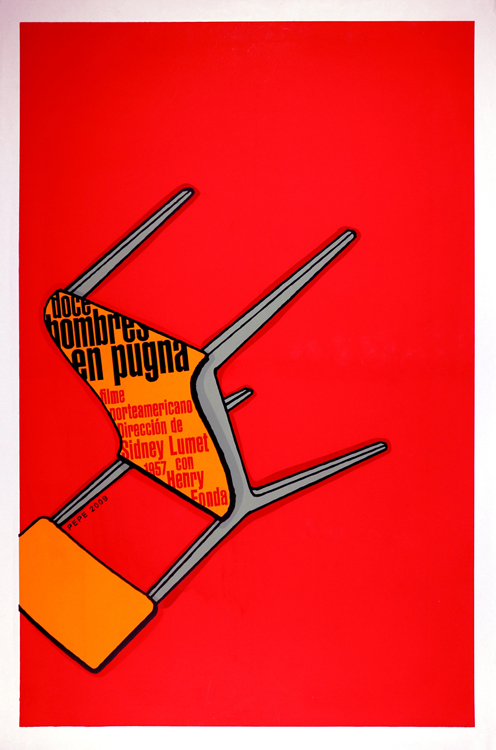 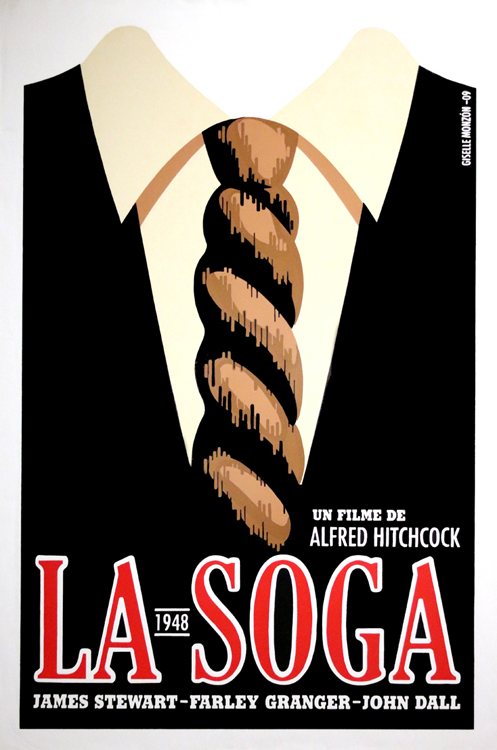 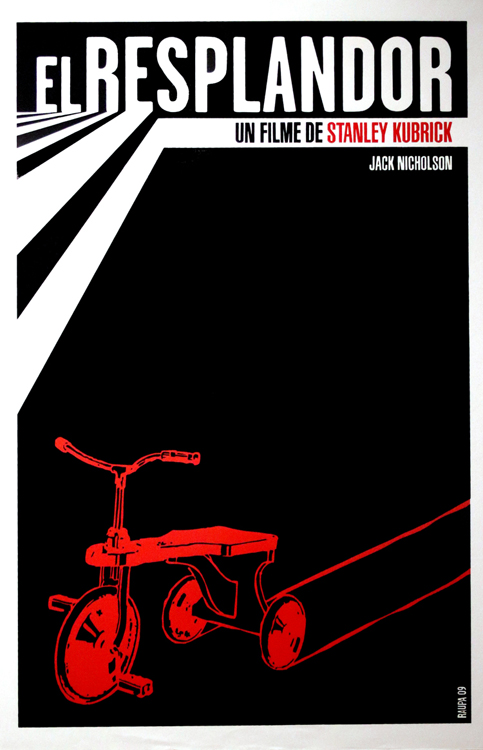 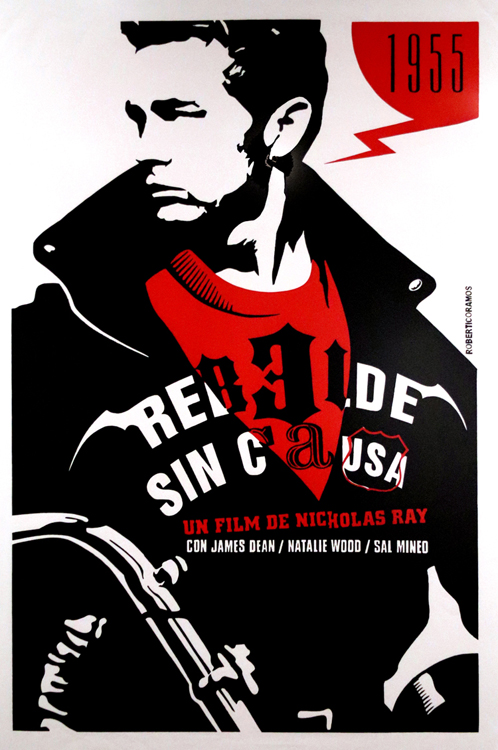 This poster highlights Hollywood star, James Dean, who died in a 1955 car crash at age twenty-four. It re-envisions him in his role as Jim Stark from the second of his three films, Rebelde sin causa (Rebel Without a Cause) – here with his iconic red jacket made black. The black outlining and black jacket maintain the characteristic solarized appearance of many Cuban posters. The touch of red in the t-shirt may point to the angst that underlies the film.

High school student Stark is filled with anger towards society and his family. His anxiety manifests in destructive behavior including arrest for public drunkenness, a knife fight, and a car racing incident that leads to the death of his opponent in the rival car. The film explores possible causes behind what would have been called “juvenile delinquency.”

Imagery of James Dean and Rebel Without a Cause is a famous part of 1950s Americana, yet the film presents a troubling picture of American society. The poster, with its wordplay and font on the jacket and t-shirt, pays tribute to American counterculture while questioning the “American system.” 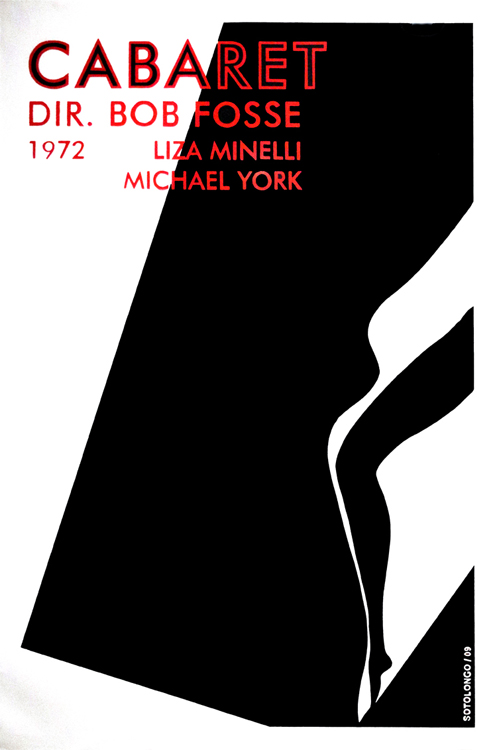 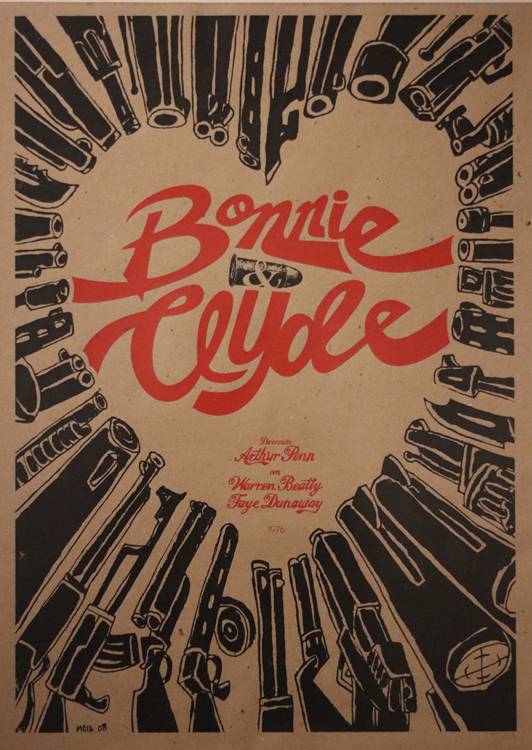 In this poster, designer Edel Rodríguez (Mola) uses various black gun barrel shapes to form a heart surrounding the movie title. The design highlights the violence and the relationship at the core of the story of Bonnie and Clyde. It also references the way violence is depicted in the film – particularly the famous final scene.

Released in 1967, Bonnie and Clyde broke cinematic taboos for its portrayal of graphic violence. The film was controversial because it appeared to glorify Bonnie and Clyde, characters based on a real couple who went on a crime spree and killed people who stood in their way. The movie ends with an ambush scene in which policemen kill Bonnie and Clyde in a firestorm of bullets. 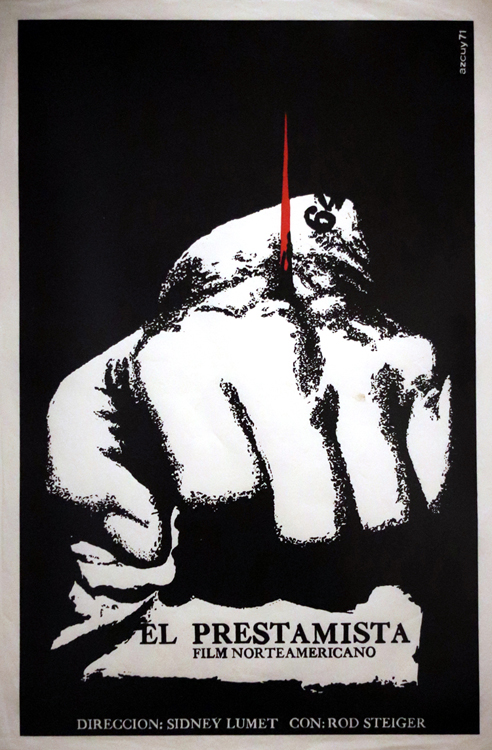 Previous
Online Exhibitions   »   Black with a Drop of Red: Contemporary Cuban Posters   »   Cuban Posters for Films from the United States