Previous
Online Exhibitions   »   Black with a Drop of Red: Contemporary Cuban Posters   »   Memories of the Underdevelopment

Memories of the Underdevelopment

“How does one get rid of underdevelopment? I believe that every day that passes is more and more difficult since underdevelopment taints everything…In underdevelopment everything is forgotten, people are inconsistent; there is no sense of continuity…” This is a reflection by Sergio, the main character in the Tomás Gutiérrez Alea film Memorias del subdesarrollo (Memories of the Underdevelopment). Although filmed in 1968, the story is set in the months prior to the Missile Crisis of October, 1962, a 13-day period of tension between the Soviet Union and the U.S. over the installation of nuclear-armed Soviet missiles in Cuba. On the edge of a nuclear war, Sergio walks the streets of Havana and reflects upon some of the pressing issues of the then-new revolutionary process.

This section shows how Cuban poster art reflects on the nature of life in an “underdeveloped” country. The work of contemporary Cuban designers highlights how recurrent themes of social mobility and sexual identity persist in some Cuban cultural products of the post-Revolutionary period. 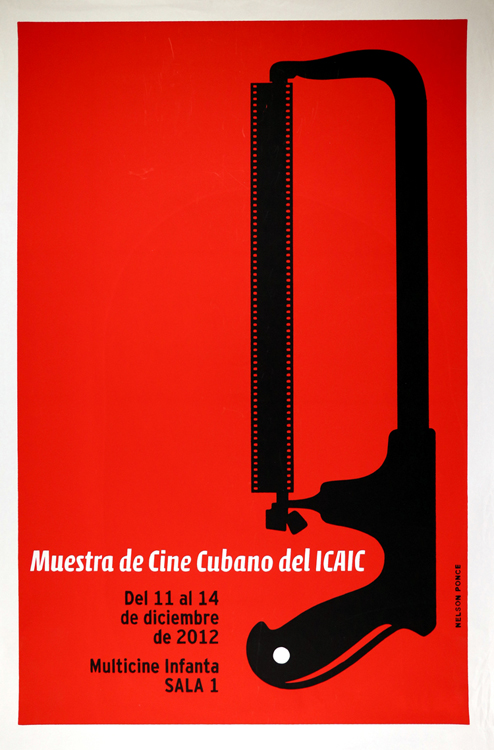 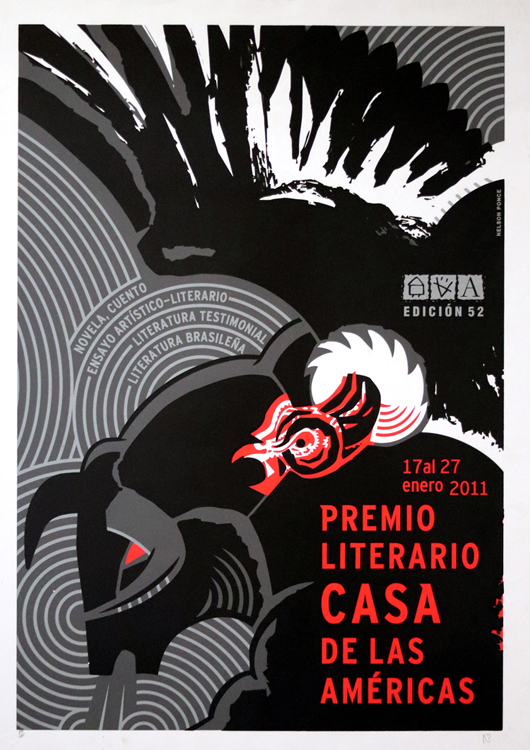 The stylized animals in this poster for the 2011 Premio Literario Casa de las Américas reference an exhibit of popular Peruvian art that occurred in connection with the awards celebration that year. The exhibit, “condor contra toro” or “condor versus bull,” references a traditional Peruvian festival involving a fight between a bull and a condor, which symbolize the Spanish oppressors and the Peruvian loyalists.

The poster is based on the novel Yawar fiesta, by José María Arguedes. The Fiesta de la sangre (Festival of Blood) celebrates the cultural victory of the indigenous culture over the Spanish oppressor.

Written by Eileen Symons class of 2021, Art History major with French and Fine Arts minors, and a Museums Gallery Attendant. 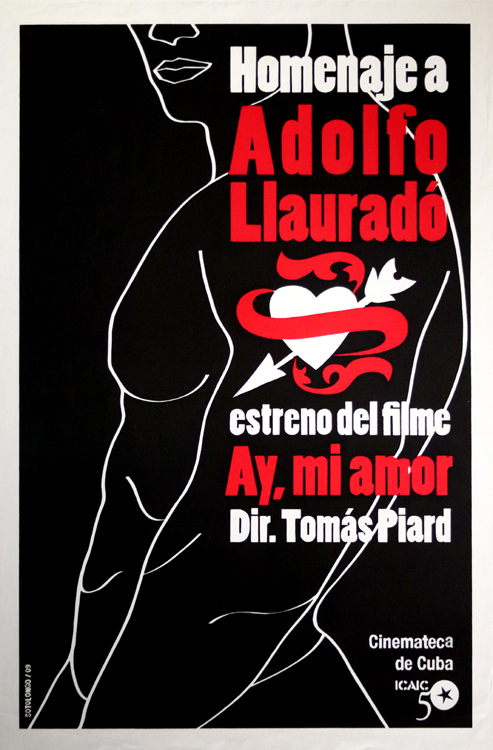 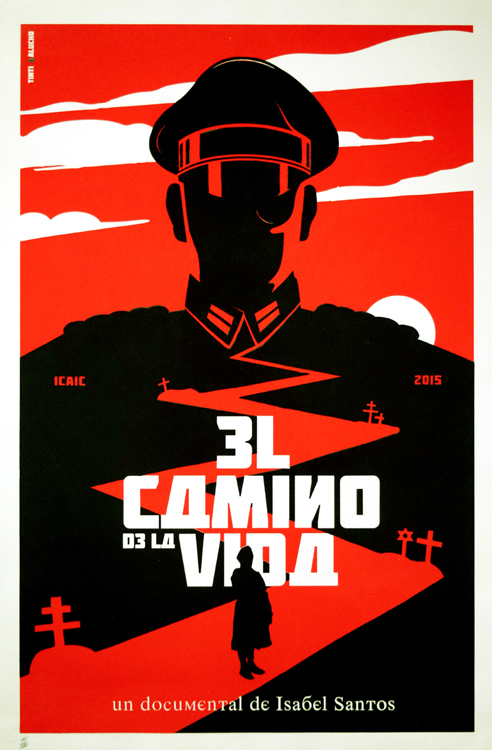 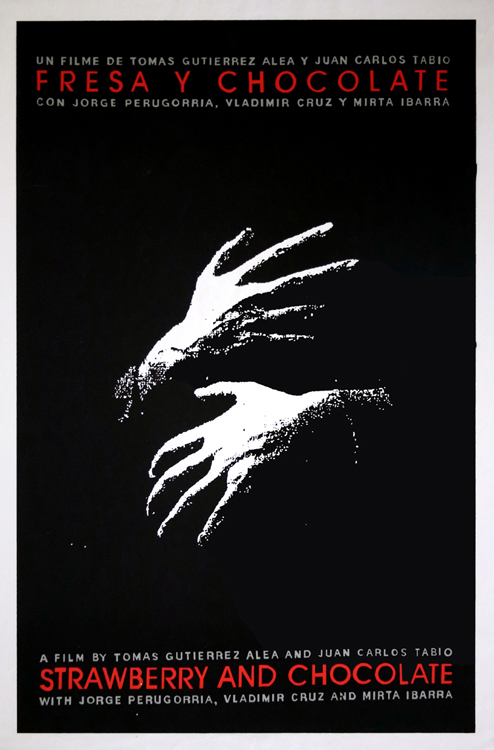 Fresa y Chocolate (Strawberry and Chocolate) was a groundbreaking film in its exploration of homosexuality while tracing the development of a complex relationship between two men, Diego and David, in Havana. Initially David conspires with another character to report and expose Diego’s homosexuality. However, their relationship evolves into a fraught platonic friendship. Eventually, David has a change of heart and becomes increasingly affectionate towards Diego. At the end of the film Diego must migrate. In 1994 for Cubans, migration meant permanent departure.

Ernesto Ferrand’s design focuses on an important final hug in the film. Highlighting only the hands against the black background, the poster attempts to capture the contained emotions of a relationship fractured by separation. 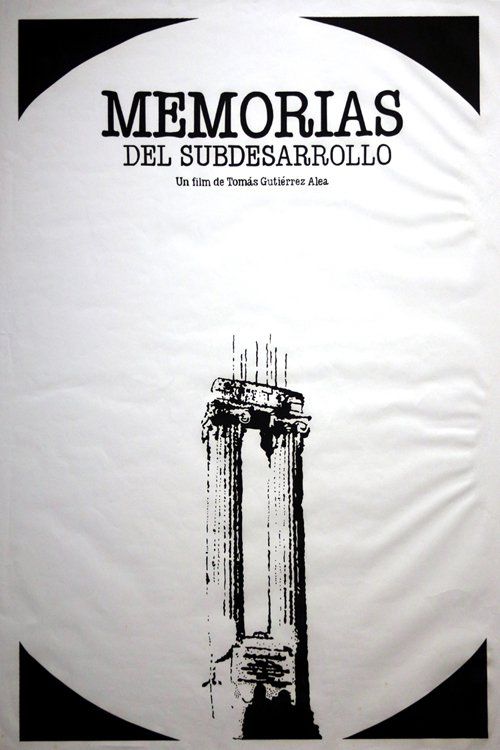 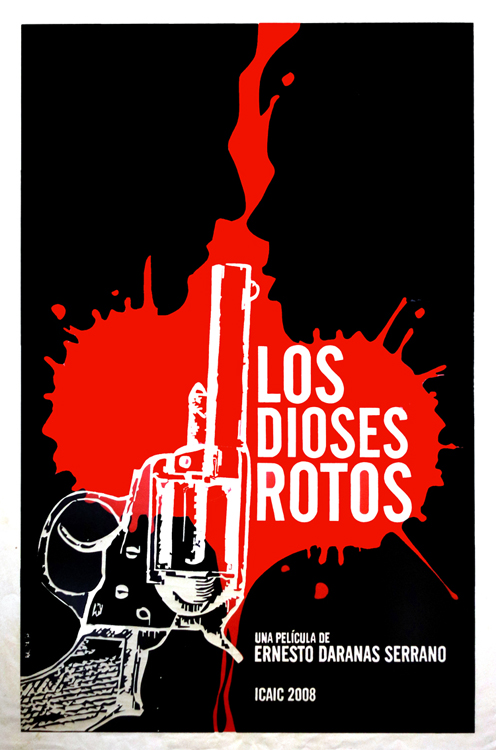 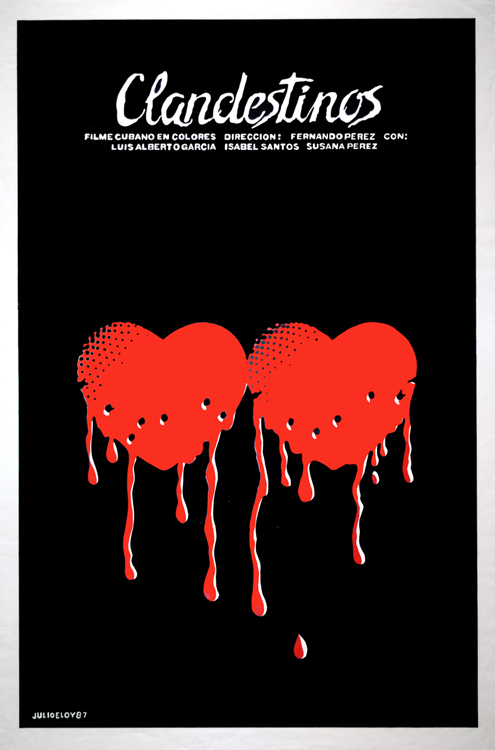 Previous
Online Exhibitions   »   Black with a Drop of Red: Contemporary Cuban Posters   »   Memories of the Underdevelopment