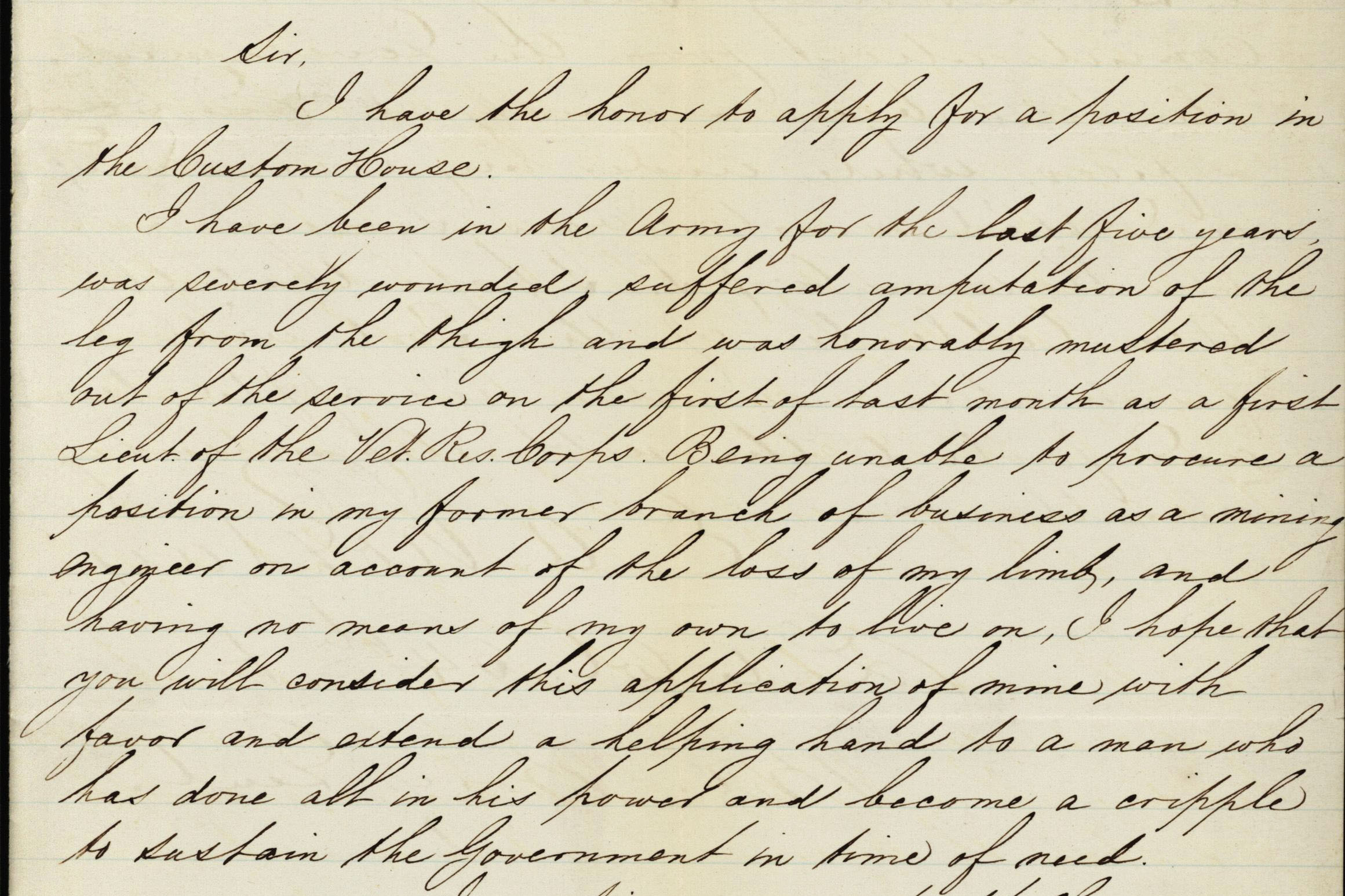 The customs collector was responsible for responding to employment applications, such as this 1866 letter from a Civil War veteran to the collector of New York. The applicant noted that he had “been in the Army for the last five years, was severely wounded, suffered amputation of the leg from the thigh and was honorably mustered out of the service.” Unable to return to his job as a mining engineer, he hoped the collector would “extend a helping hand to a man who has done all in his power and become a cripple to sustain the Government in time of need.” 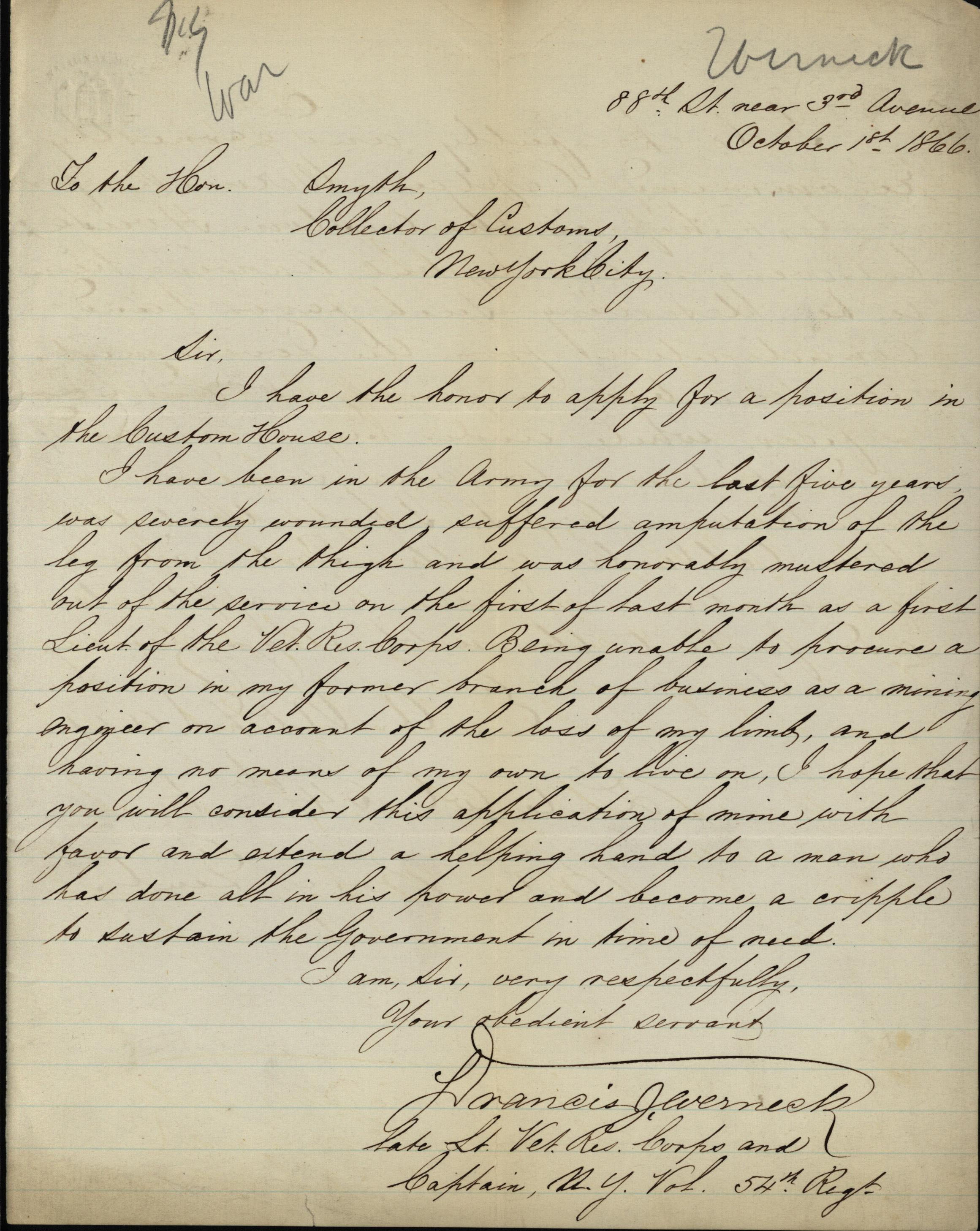 Letter to the Collector of Customs from Francis Wernick, a Civil War veteran, October 1, 1866
View Metadata 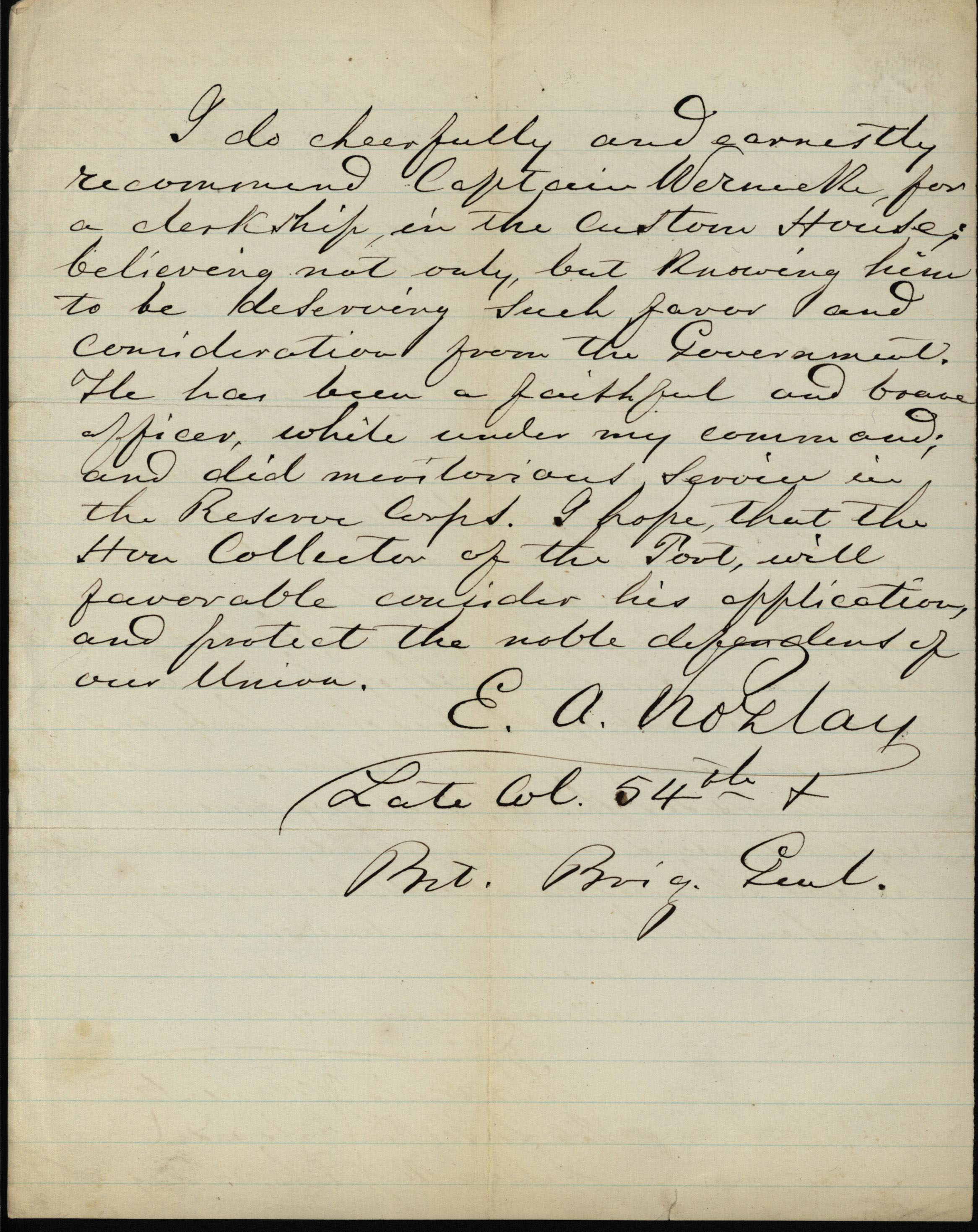