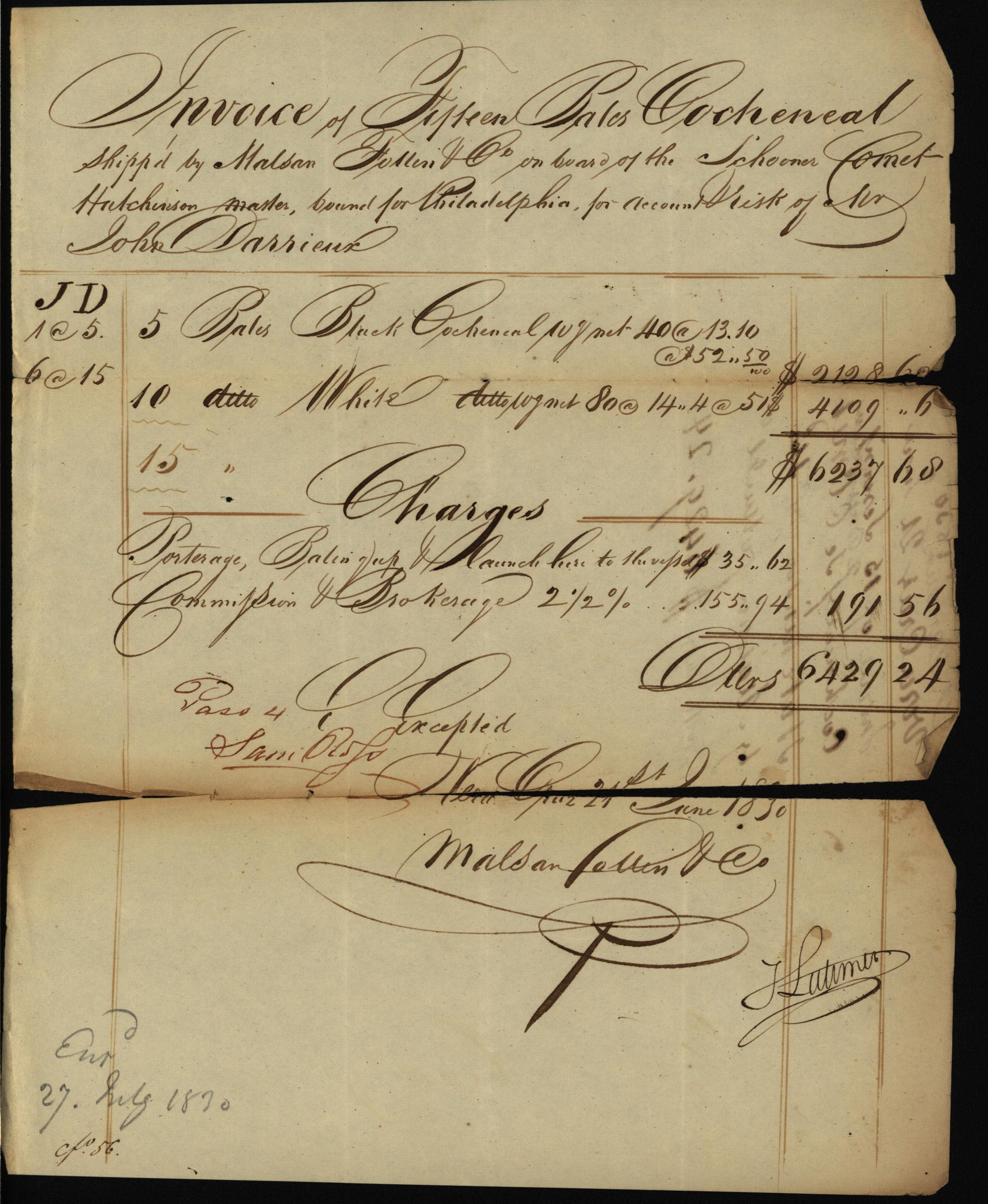 Most of the invoices in this collection relate to the transfer of goods from foreign merchants and manufacturers to recipients in the port of Philadelphia. The person sending the shipment to be delivered, known as the consignor, created an invoice describing the goods being shipped and their total cost to the consignee, usually the receiver of goods. Costs included not only the value of the goods themselves, but also porterage costs and a commission fee to the party brokering the exchange. Most invoices were entitled “invoice,” but others described goods “Bought of” (or “Bot of”) a particular party. Invoices were also entitled “Facture” (French), “Factura” (Spanish), “Fatura” (Portuguese), and “Rechnung” (German) depending on their port of origin.

In addition to a description of goods, invoices also included the names of the ship and captain transporting the goods and the marks and numbers on cargo. Invoices occasionally described on whose “account and risk” the cargo was transported. Many invoices also included consular certificates issued by the American consul in each foreign port. These certified that the consignor formally attested to the accuracy of the invoice

These invoices document the exchange of a wide variety of goods, including manufactured goods, foodstuffs, agricultural products, and raw materials for industrial production. 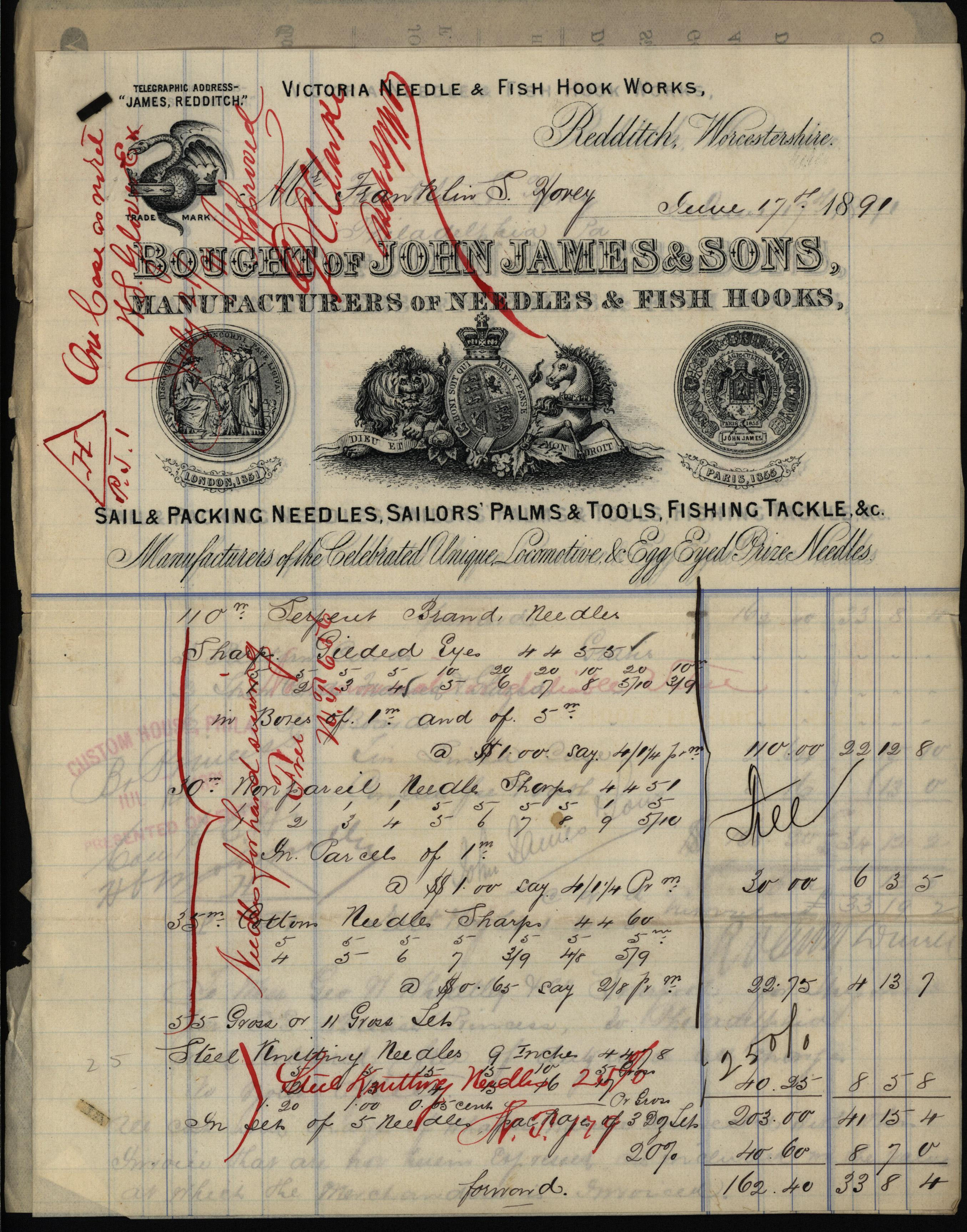 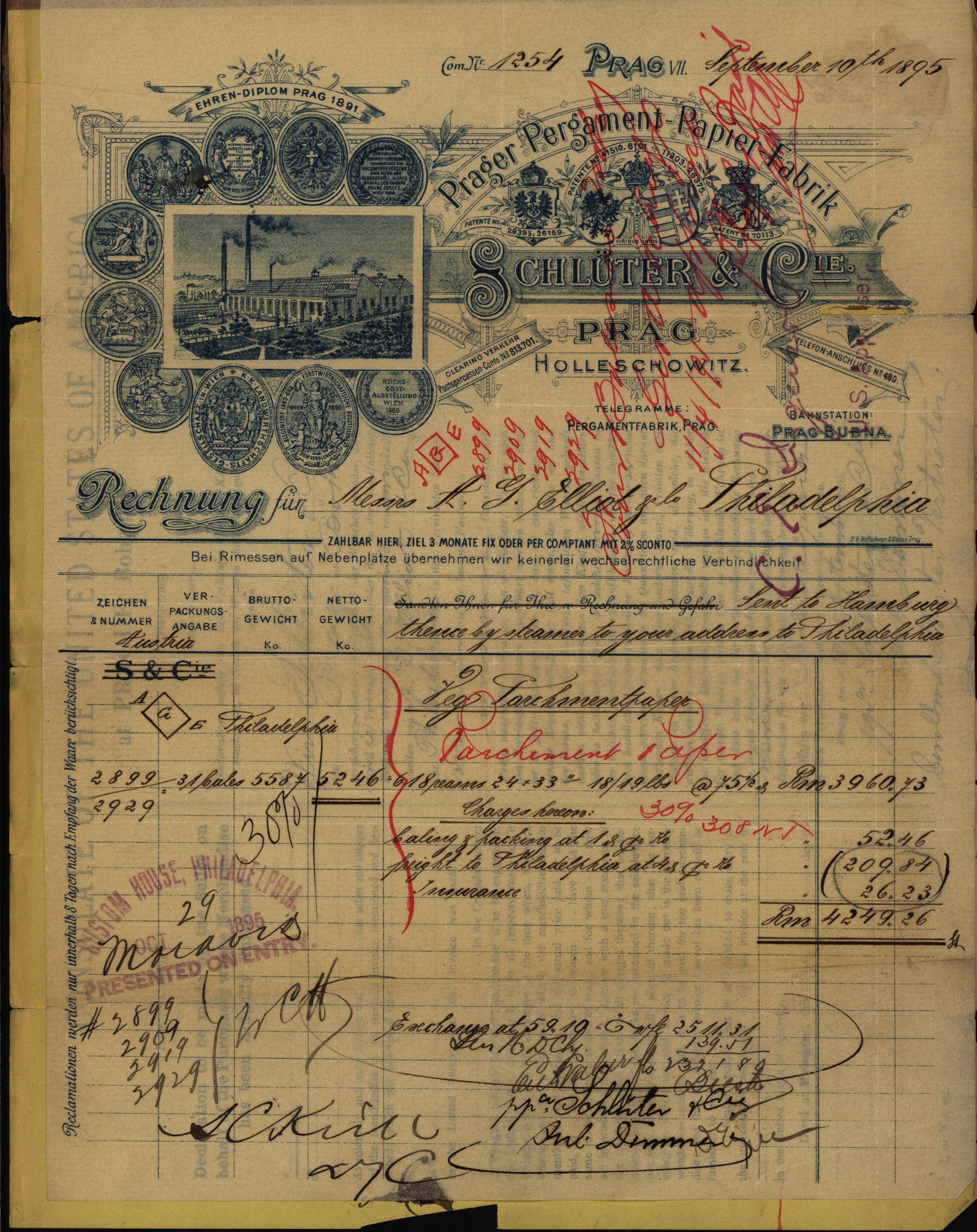 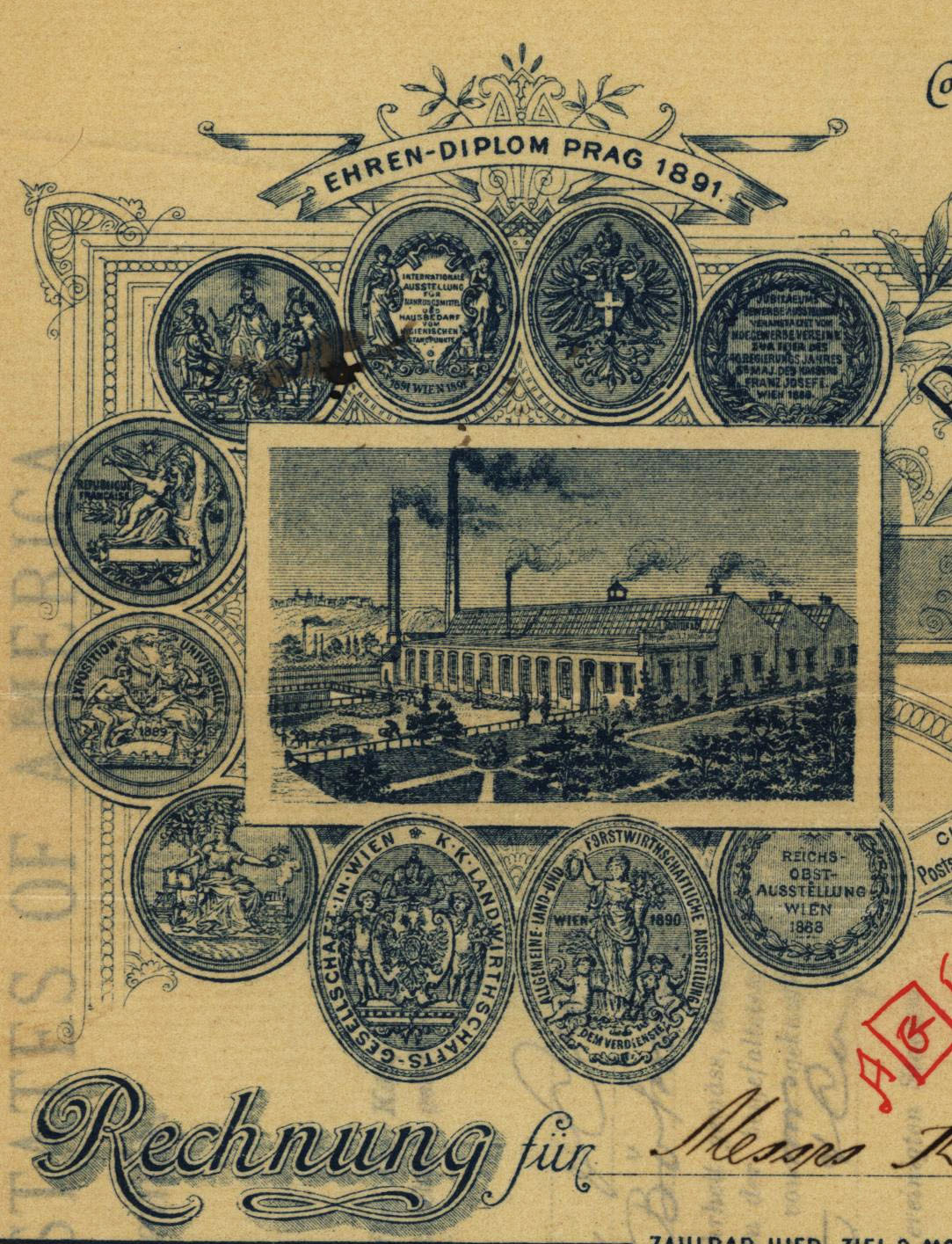 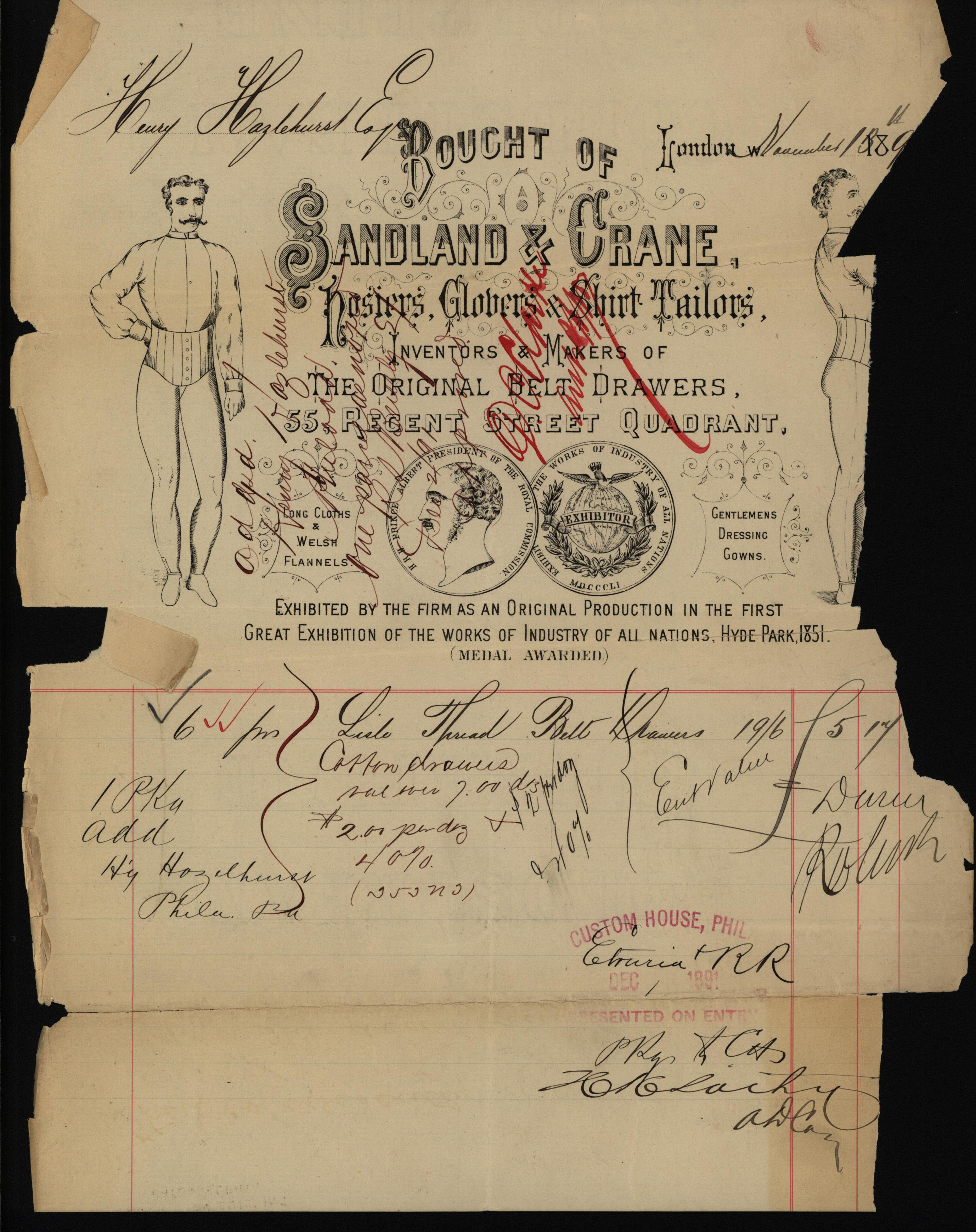