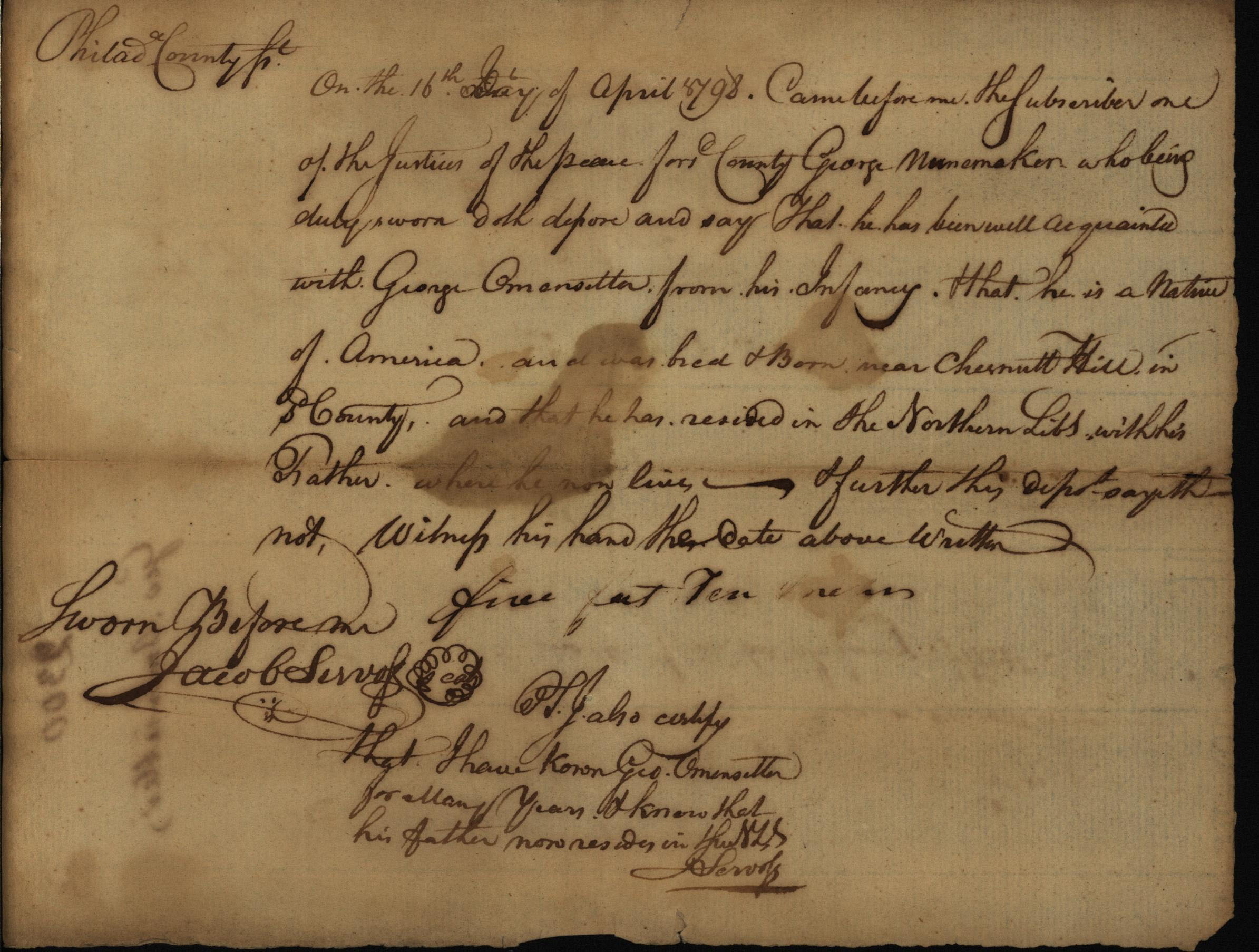 Documents related to seamen and ship crews often passed through the Philadelphia Custom House, including articles of agreement, returns of seamen, and seamen’s protection papers. The articles of agreement specified the conduct of officers and crew during a particular voyage. It stated the conditions agreed to by a vessel’s managers and its crew, and included each crew member’s signature, station, birthplace, age, height, wages, and other demographic information. The returns of seamen recorded how long each sailor had been employed on a voyage, and the collective wages paid out to the crew.

This collection also includes a small number of seamen’s protection papers and certificates dating from 1798 to 1918. Sailors carried these documents as proof of citizenship, although their legitimacy was not always acknowledged by foreign governments, as demonstrated by English impressment of American seamen in the early nineteenth century. Seamen obtained these documents from the custom house, public notary, or American consul in a foreign port. The protection papers included the sailor’s name, birthplace, approximate age, height, skin color, hair and eye color, and a description of any other identifying features, such as scars and tattoos.

By the early 20th century, the U.S. Customs Service also issued certificates to immigrant sailors who had been naturalized or filed intention papers to gain American citizenship. These documents often included the sailor’s country of origin and a photograph. 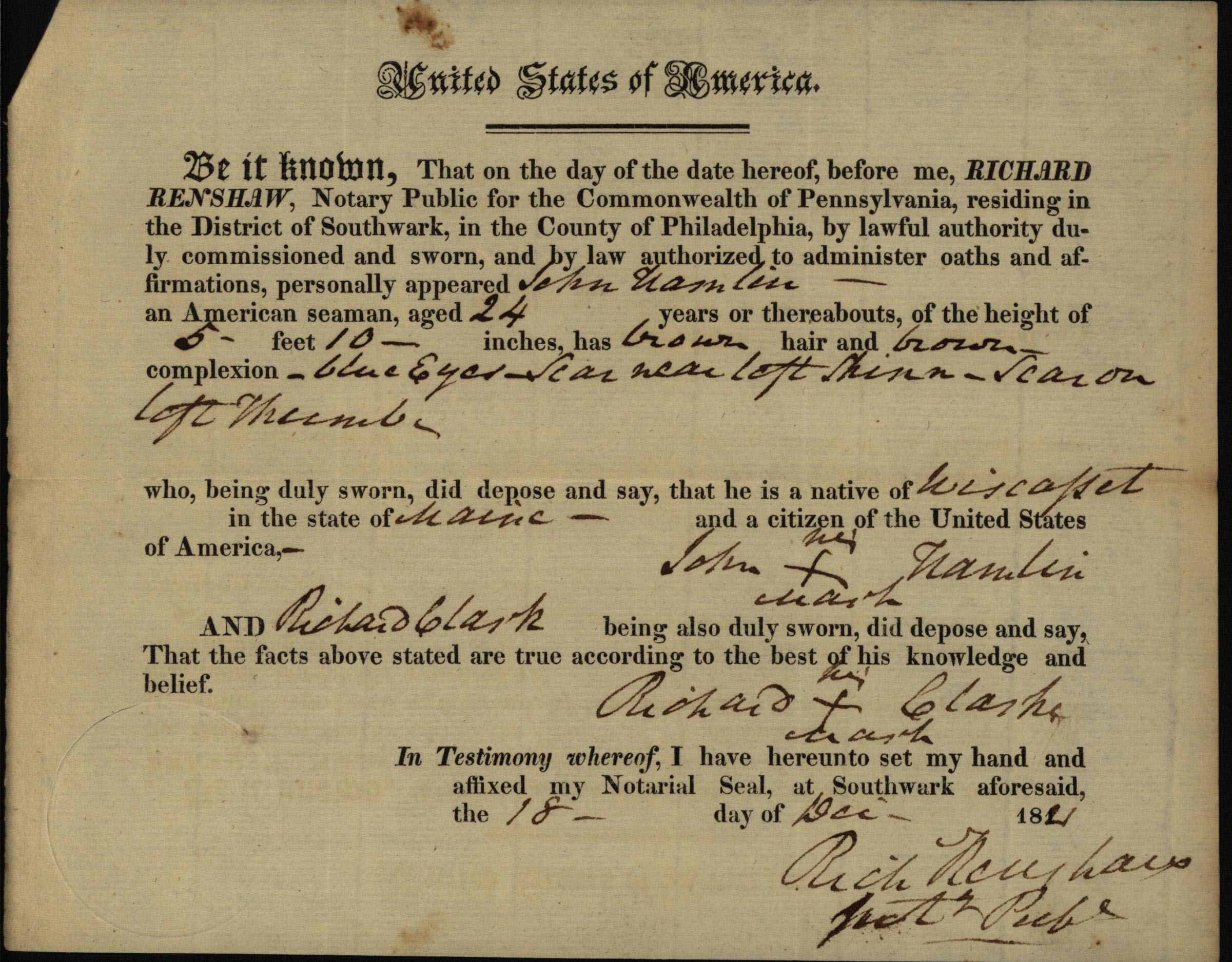 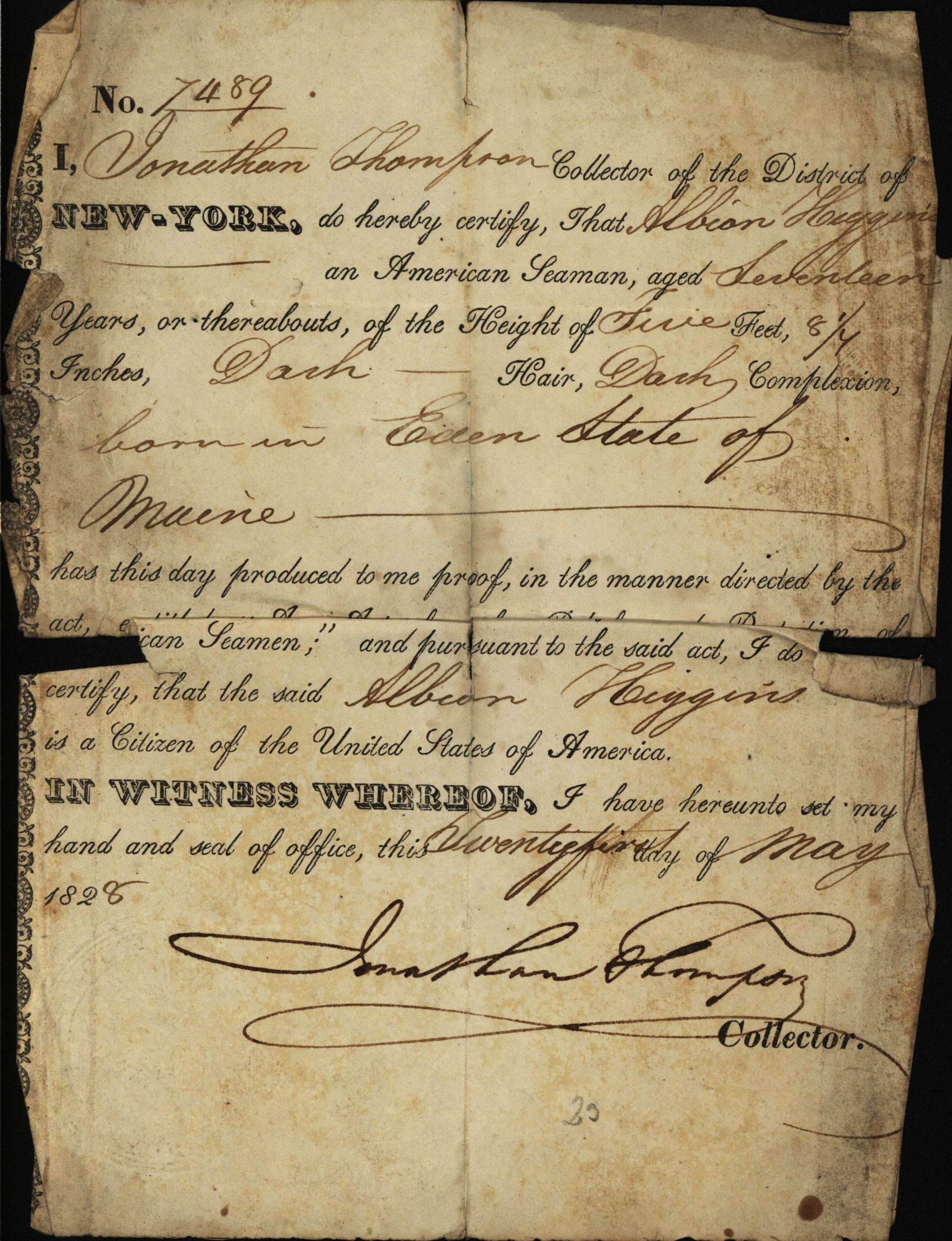 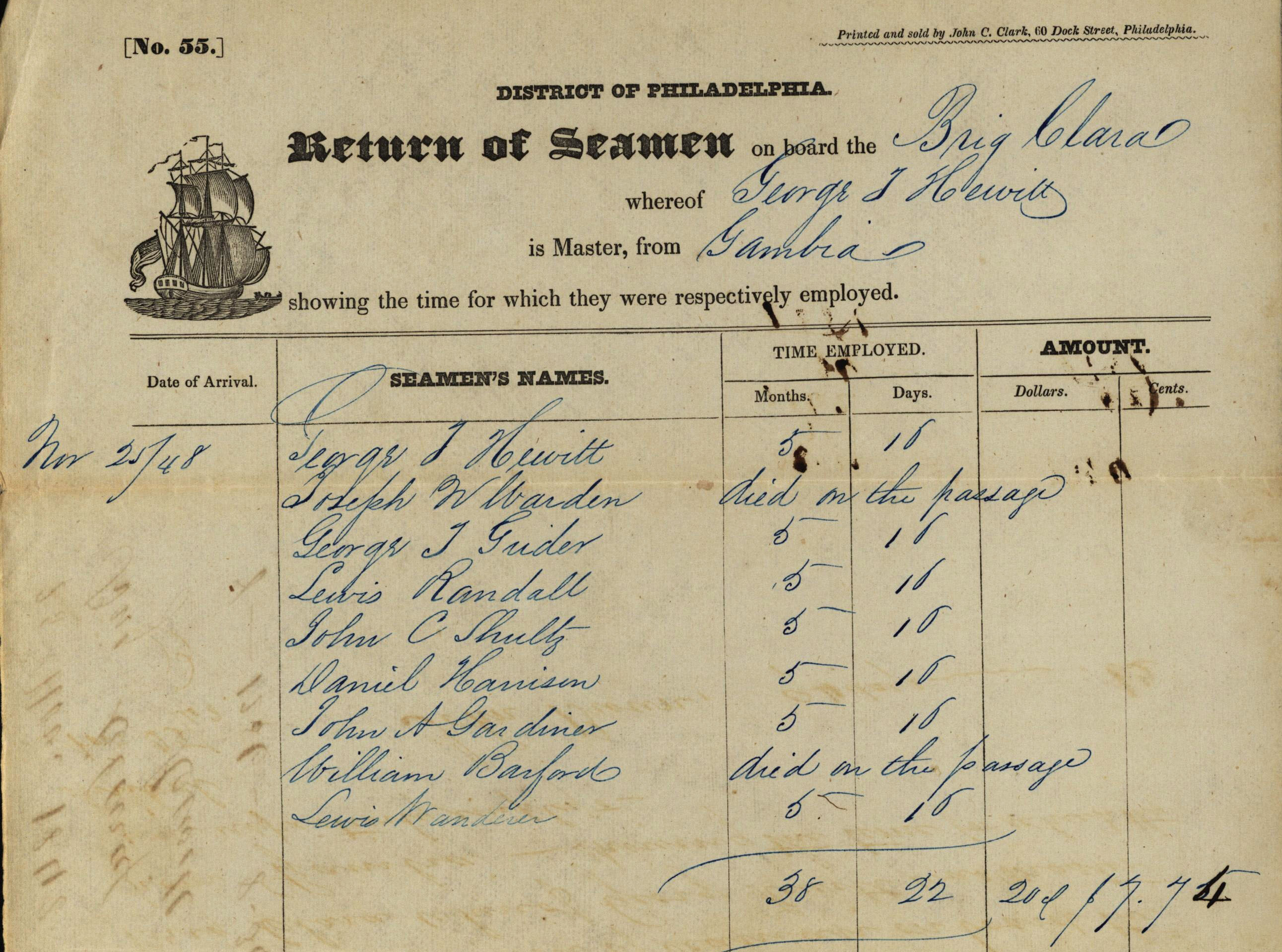 Return of Seamen on board the Brig Clara, detail, 1848
View Metadata 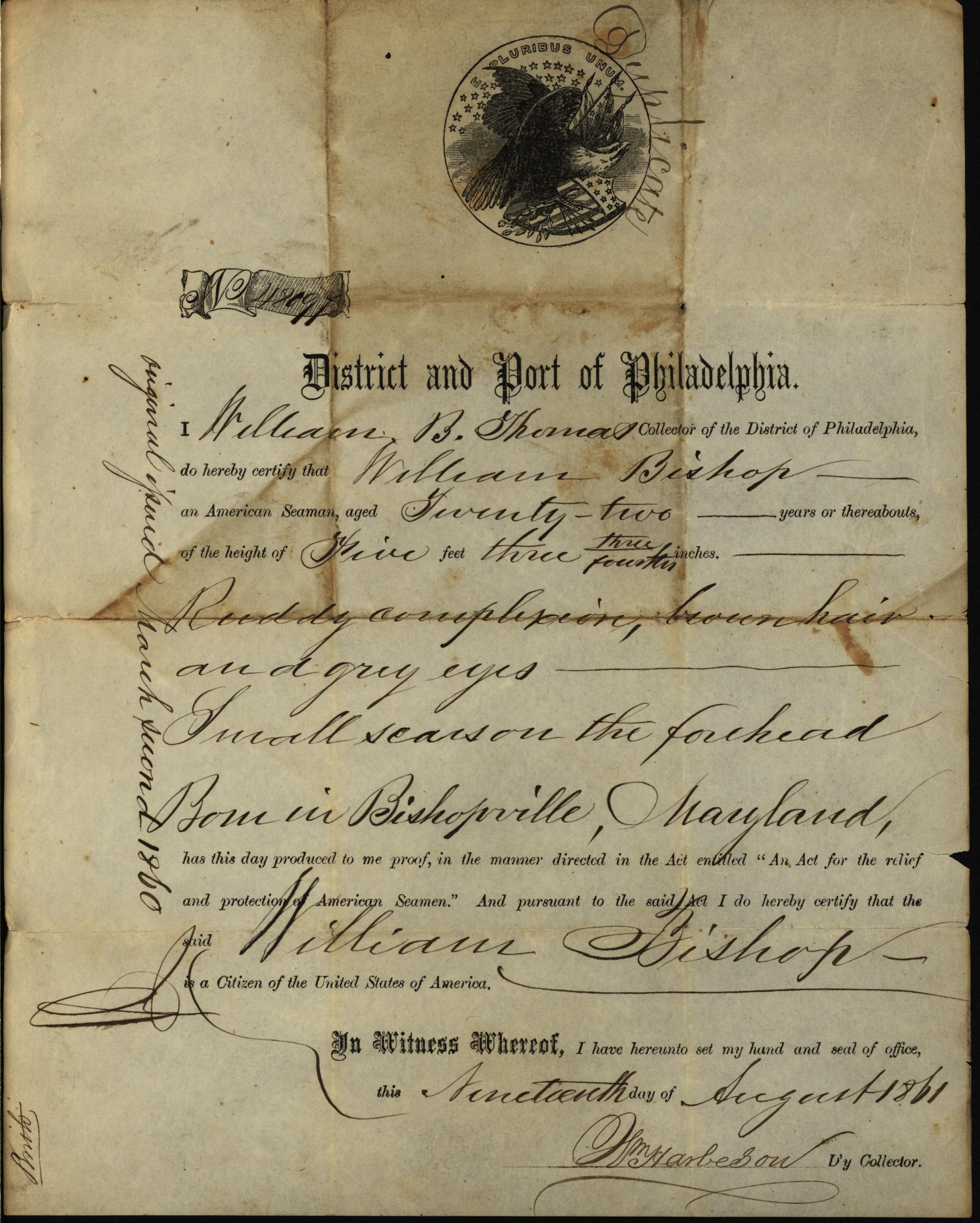 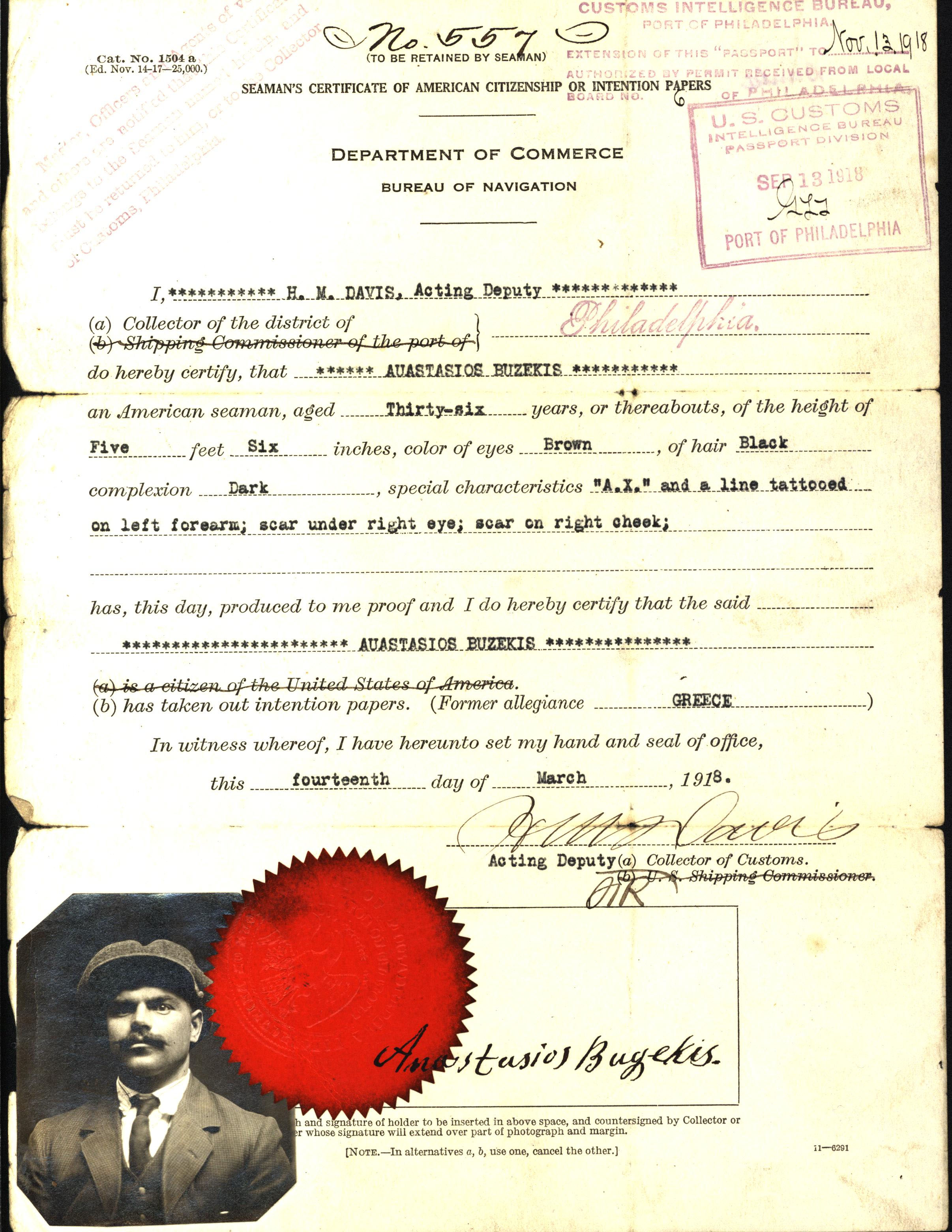 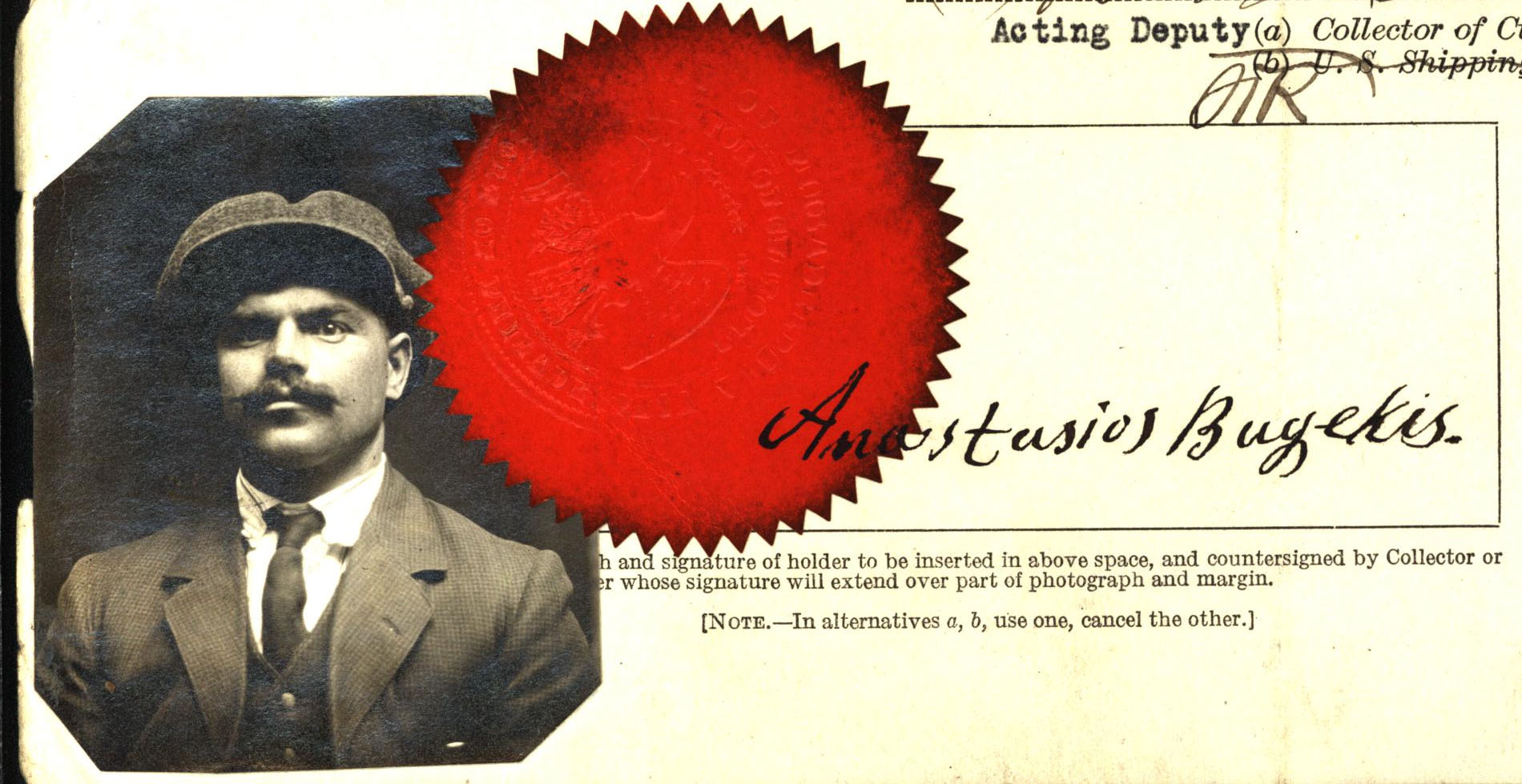 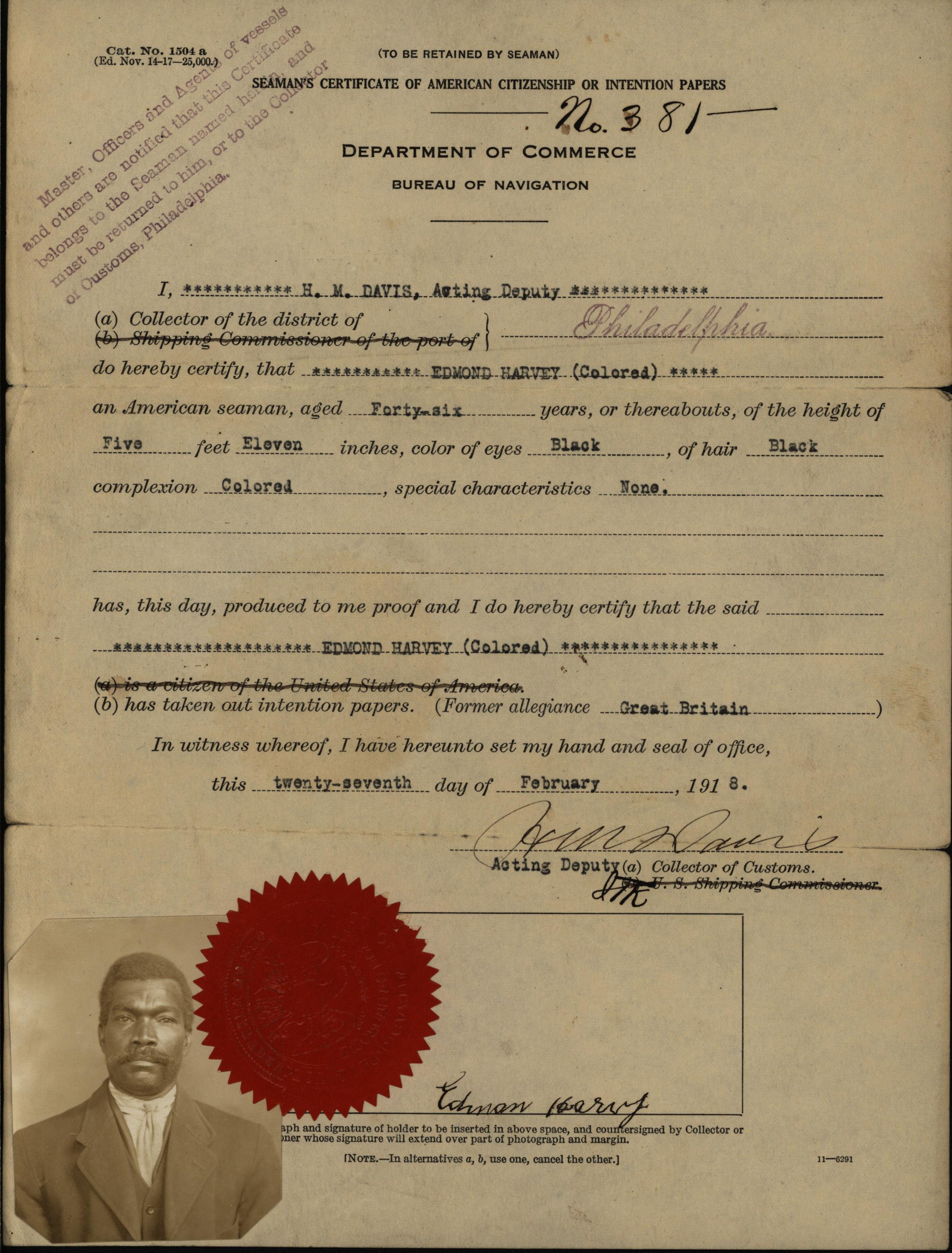 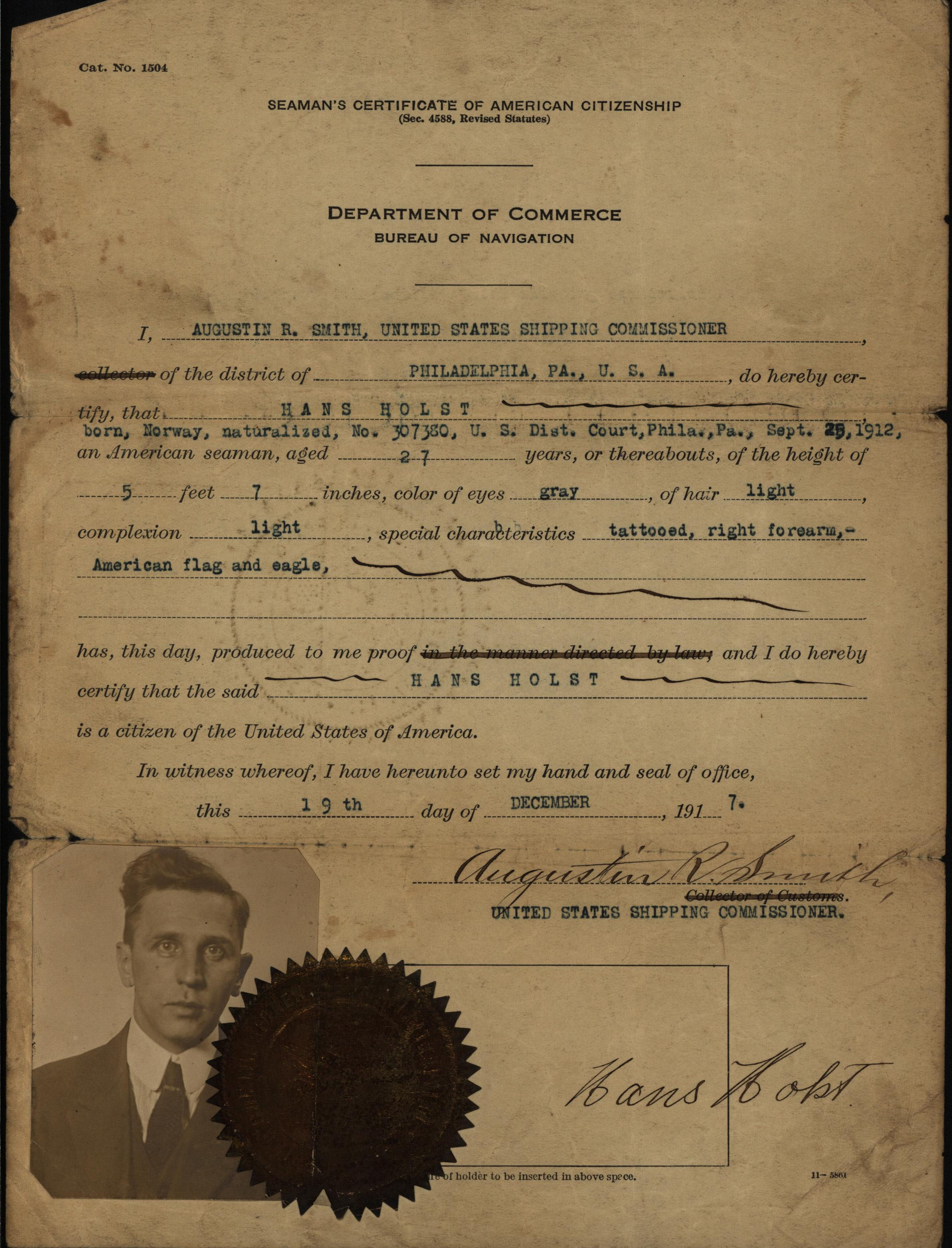