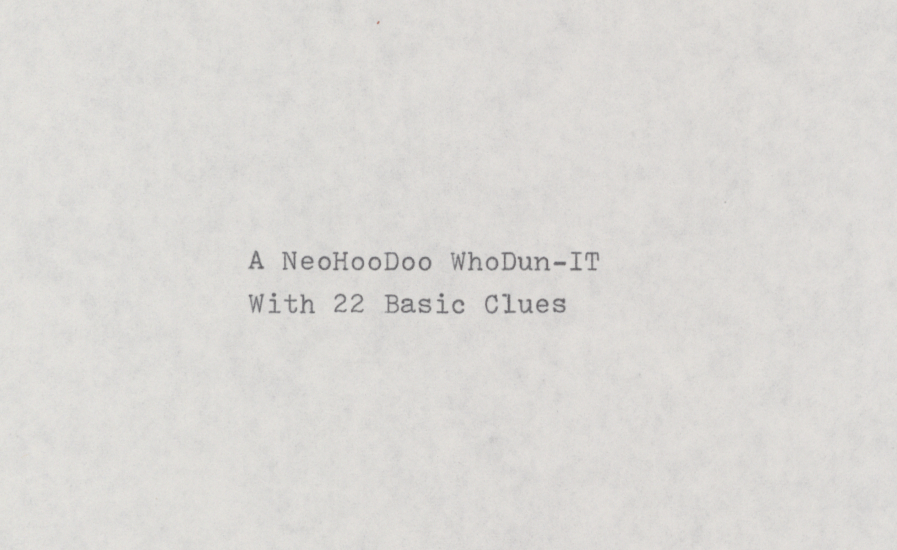 Reed hinted at his intentions of blending his previous work from his “Neo-Hoodoo Manifesto” with detective genre fiction on this draft title page, though the subtitle, “A NeoHooDoo WhoDun-IT,” wasn’t used in the published version. In interviews with publisher and academic John O’ Brien (1971, 1973), Reed stated he “used the classic techniques of the detective novel, as well as Egyptology, Western history, Black dance, American civilization, and the Harding administration-- all myths to explain the present.”

Autograph proof of drawing for radio version of Mumbo Jumbo, circa 1985 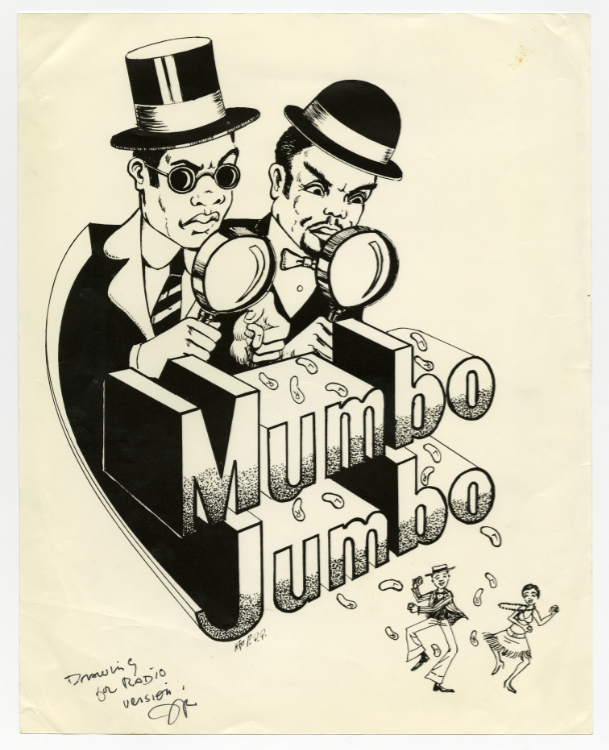 Autograph proof of drawing for radio version of Mumbo Jumbo, circa 1985
View Metadata 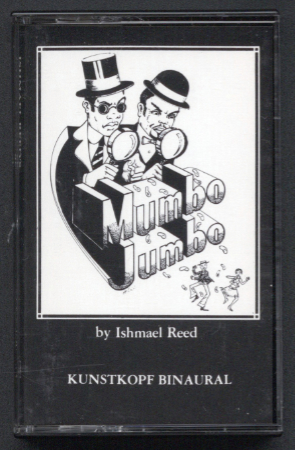 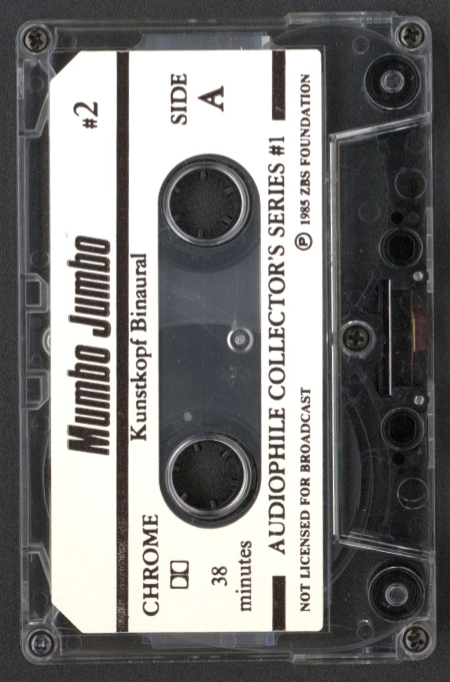 Underscoring the “whodunit” aspects of the novel, the cover art for this radio version of Mumbo Jumbo, which was distributed as a cassette in 1985, depicts protagonist Papa LaBas and an associate (either Black Herman or T Malice) examining samples of the Jes Grew virus which has inspired a pair of dancers. 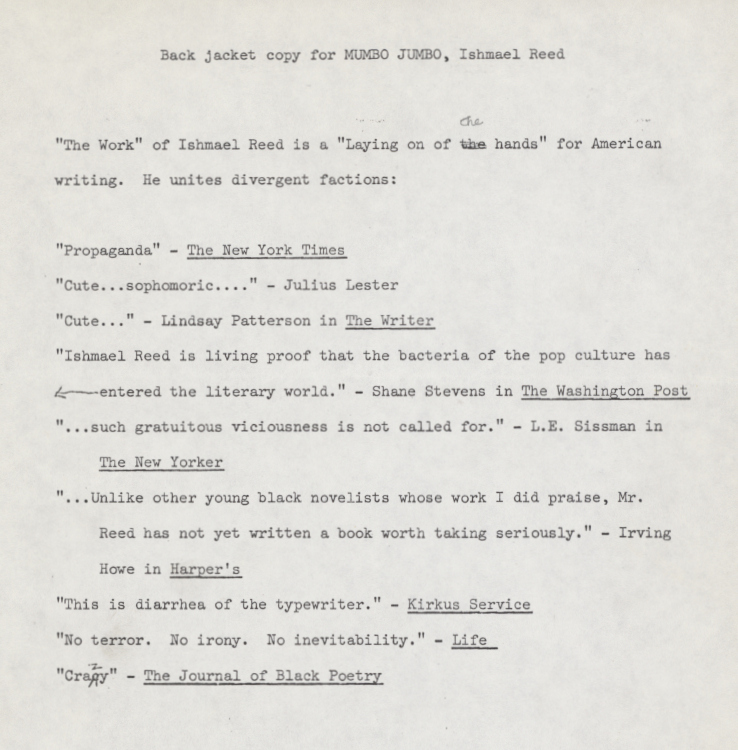 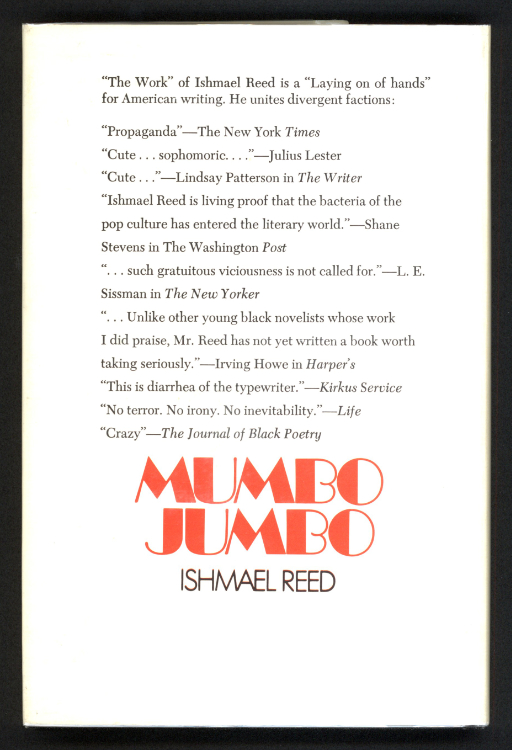 Nodding to Mumbo Jumbo’s satiric edginess, Reed delighted in featuring reviews by his own detractors on the rear cover of the first edition of the novel. In her essay “Mumbo Jumbo and the Uses of Parody,” published in Obsidian II in 1986, scholar Lizabeth Paravisini remarked, “nowhere does Reed blend his parodic and satiric intentions better than in Mumbo Jumbo, where he parodies a narrative form (the detective novel) whose identifying quality (the rational search for knowledge) is identical to the social, religious, and philosophical principles he finds objectionable in Western culture.” 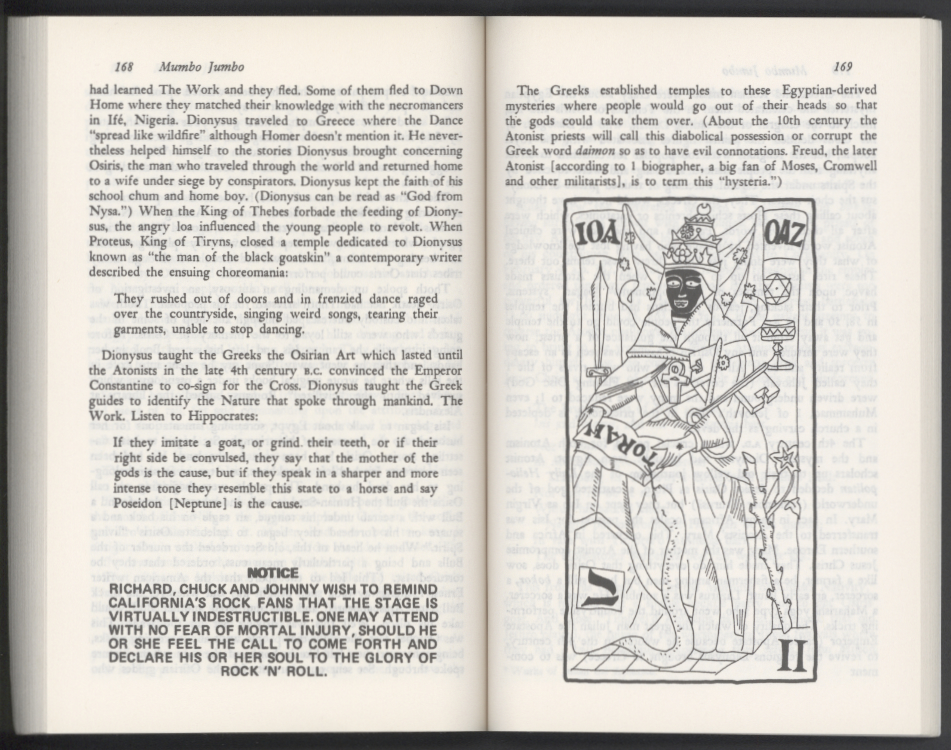 Humor and mythological elements in the novel are combined as detective Papa LaBas explains the solution to the case of the missing Book of Thoth, exposing culprits Hinckle Von Vampton and Hubert “Safecracker” Gould. LaBas’s lengthy solution spans thirty pages of the novel, and witnesses to his monologue must be awoken from their boredom - a spoof of the pontificating “genius” detective found in classic whodunit literature.