Set in the 1920s Jazz Age, Mumbo Jumbo centers around the emergence of the Jes Grew epidemic, a fictional “anti-plague” arising out of New Orleans that, rather than causing sickness, enlivens and invigorates those it infects. Jes Grew manifests in uncontrollable spells of dancing and states of exuberance and joy. As the virus spreads throughout America, various characters contend to either quell the epidemic in the name of Western and white cultural supremacy or see it become fully realized as a manifestation of Black freedom, culture, and history. 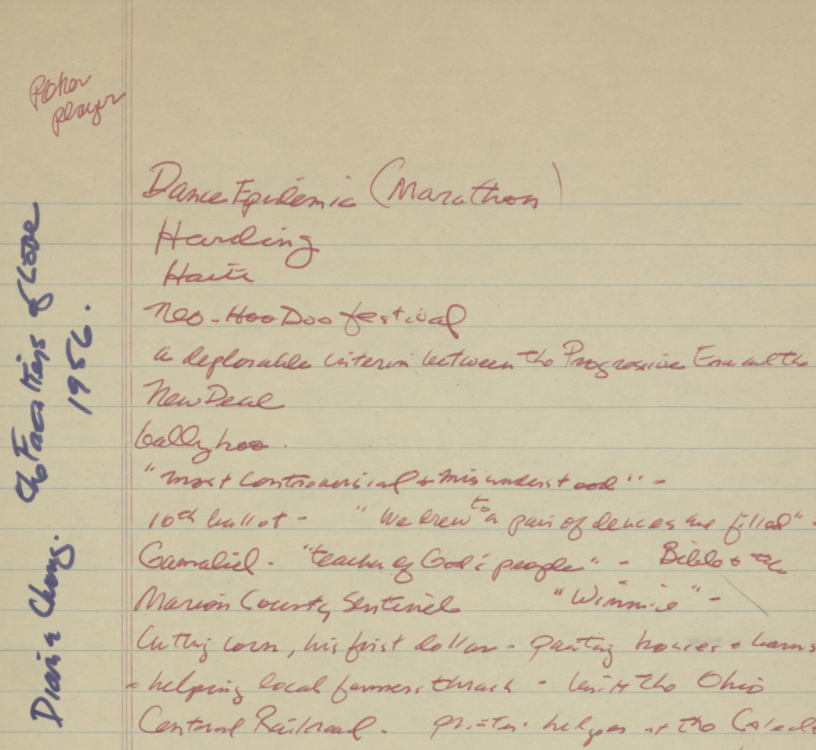 These notes by Reed included among his Mumbo Jumbo manuscripts list several topics that became plot elements in the novel, including “Dance Epidemic,” [President] “Harding,” “Wiggle and Wobble,” “Neo-HooDoo,” “Haiti,” “Grand Commanders of the Knights Templar,” and “Conspiracy.” 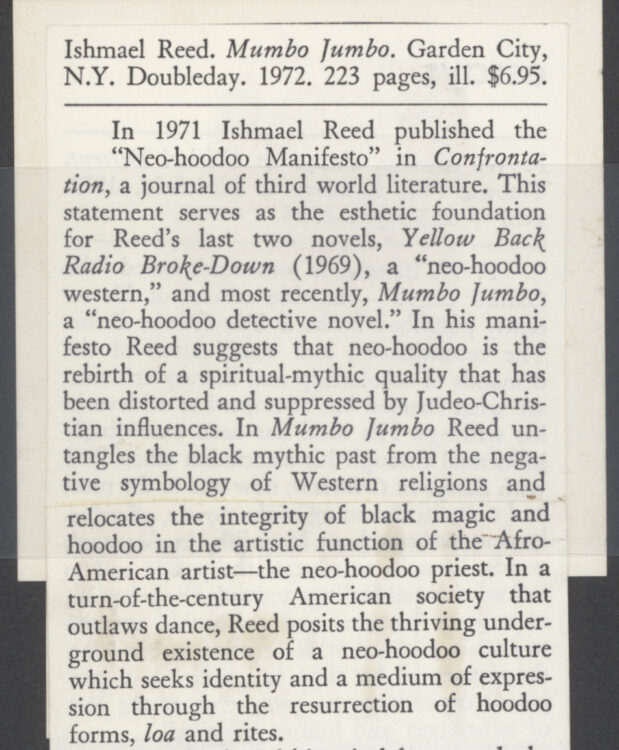 This 1973 review of Mumbo Jumbo helps contextualize the novel’s relationship to Reed’s earlier essay “A Neo-Hoodoo Manifesto,” published in Confrontation in 1971 and to his prior novel Yellow Back Radio Broke-Down (1969). The manifesto laid the groundwork for Reed's concept of neo-hoodooism employed in the two novels.

Christopher Lehmann-Haupt
Excerpt from review, “Book of the Times: Decline and Fall of Jes Grew”
The New York Times
1972 August 9. 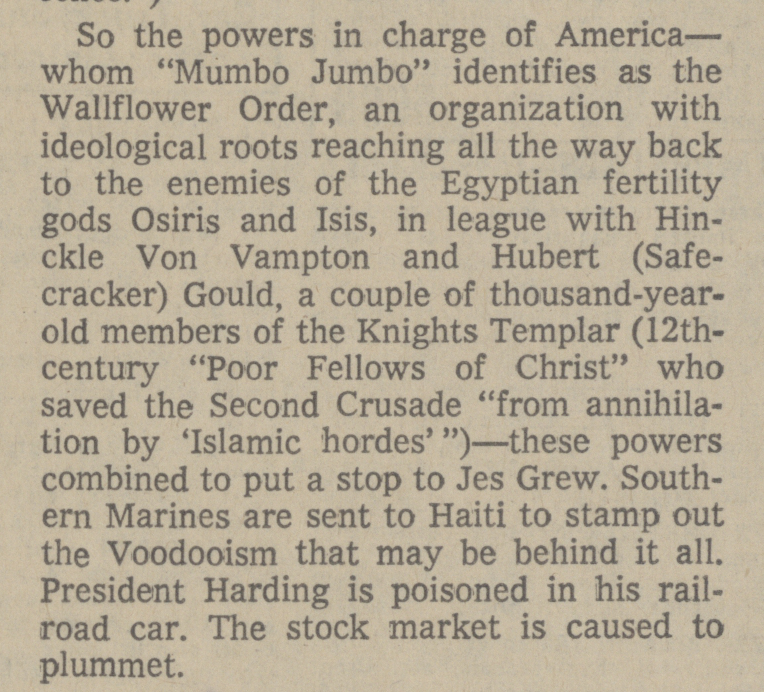 While providing a concise synopsis of the novel’s setting and central conflict, this New York Times review also suggests the difficulty some reviewers had in summarizing Mumbo Jumbo's unconventional plot. 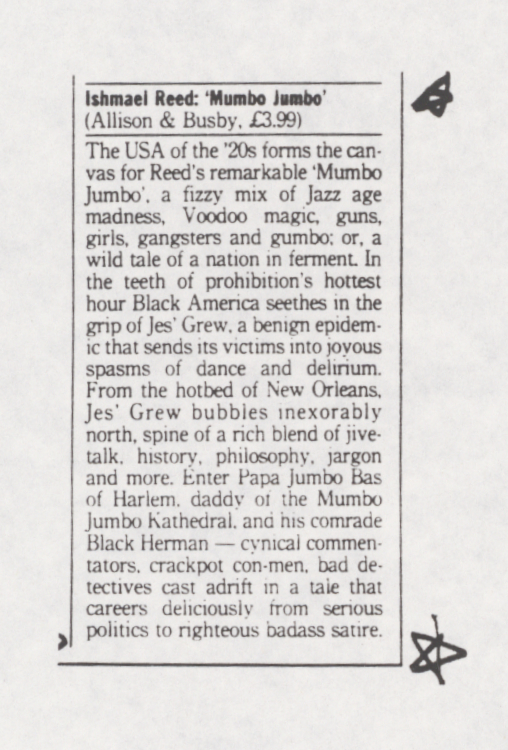 Perhaps in approval, Reed drew stars alongside this advertisement for the first British edition of the novel which was published by Allison and Busby in 1988. The advertisement makes mention of two characters in the novel, protagonist and neo-hoodoo detective Papa LaBas and his associate Black Herman.