Mumbo Jumbo was first published by Doubleday in 1972 and was a finalist for the National Book Award in fiction in 1973. Reed’s collection of poems, Conjure, was also a finalist that year. In the fifty years since its original publication, Mumbo Jumbo has been published in Britain, Italy, France, Spain, Japan, Poland, and China. 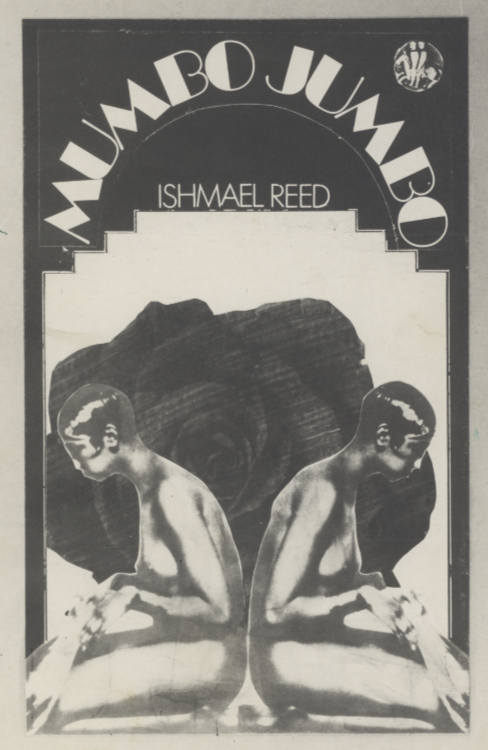 For the cover of Mumbo Jumbo’s 1972 first edition, Reed personally selected a photo of Josephine Baker, an international icon of the Jazz Age (and beyond), to represent aspects of the Vodoun Goddess Erzulie. In his review of Stephen Papich’s Remembering Josephine Baker, published in the New York Times in 1976, Reed described his personal encounter with Baker during the last year of her life, where he presented her a copy of the novel.

Reed’s use of Erzulie, who possesses the character Earline in the novel, was examined by scholar Kameelah Martin Samuel in “Rethinking Mumbo Jumbo: Neo-Hoodoo Womanist Text?,” published in CLA Journal in 2008. 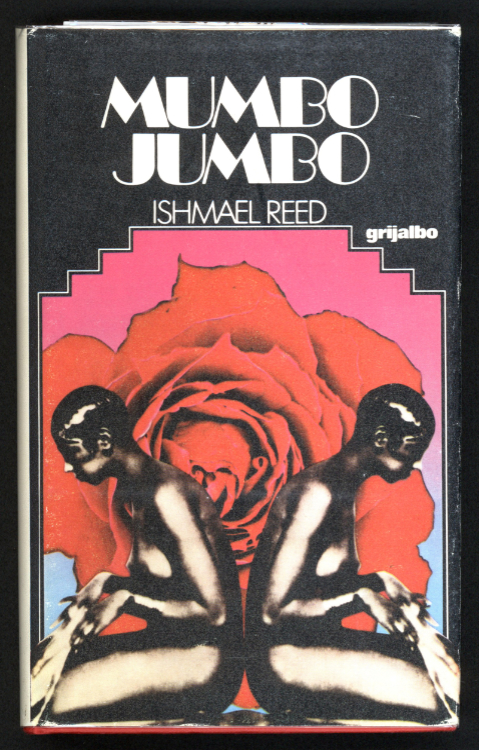 The first non-English edition of the novel was published by Ediciones Grijalbo in Barcelona, Spain, in 1975 and used Reed’s original cover art. 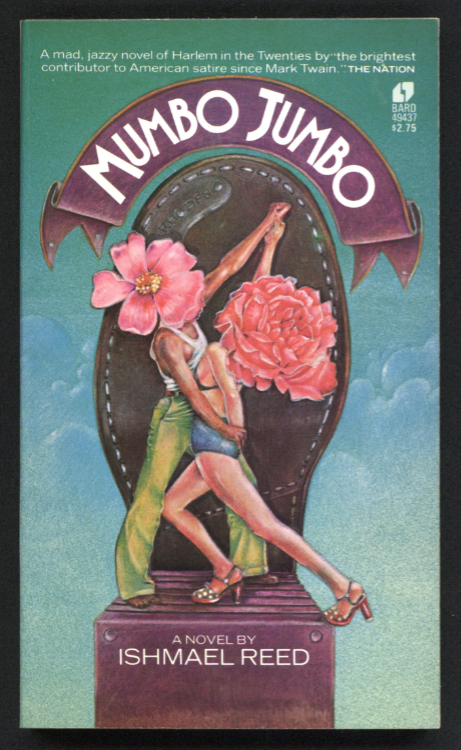 The second American edition of the novel in 1978 was one of several to depict the chief symptom of Jes Grew’s effect on its host: spells of dancing. Here, the artist opted to dress the dancers in contemporary 1970s fashion rather than 1920s garb, enhancing Reed’s plot point that Jes Grew bubbles up in different ages and eras. 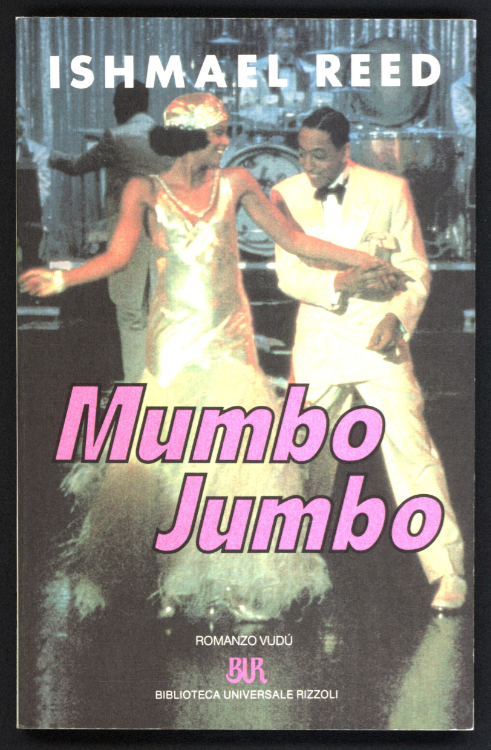 Cover art for the second Italian edition of the novel uses a scene from Francis Ford Coppola’s The Cotton Club (1984) featuring actor/dancers Lonette McKee and Gregory Hines. Opening this edition, the reader, like detective Papa LaBas in the novel, lifts the floorboards of the Cotton Club in search of the sacred text, the elusive Book of Thoth. 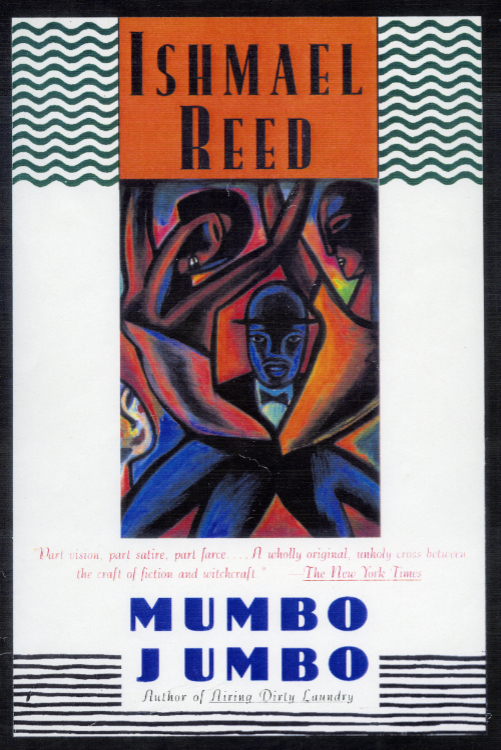 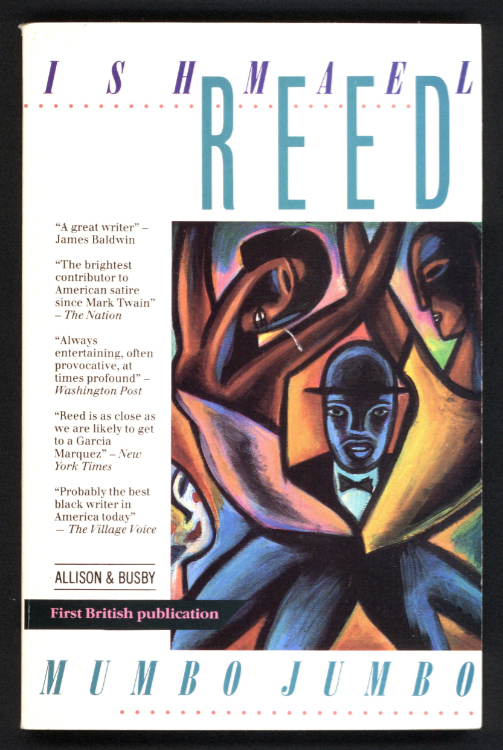 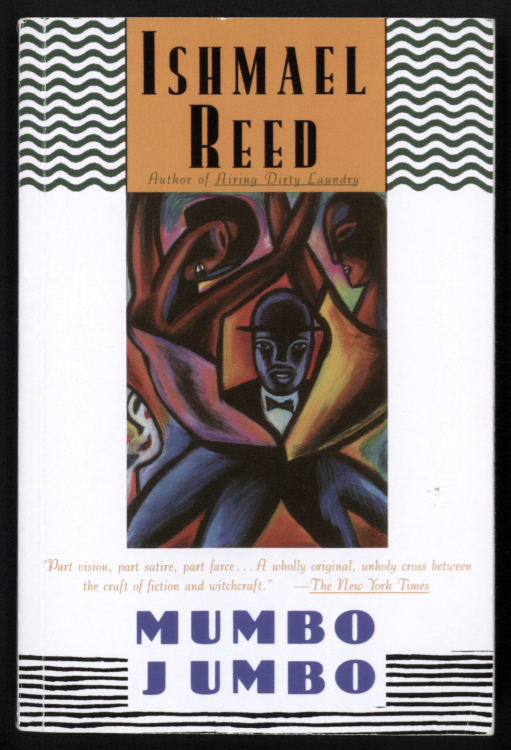 Several editions, including the first British edition (1988) and the Scribner Paperback Edition (1996), continued the tradition depicting dancers on their covers. 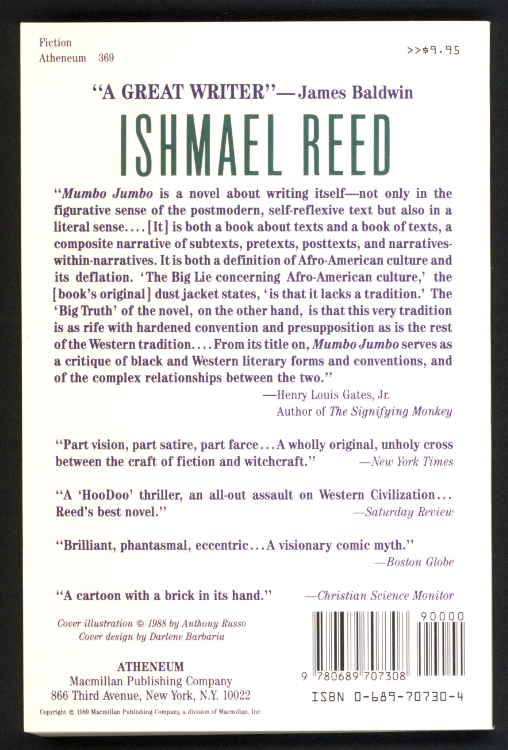 Literary critic and scholar Henry Louis Gates, Jr. wrote the blurb used on the rear cover of this 1988 Athenaeum printing of the novel. When writing The Signifying Monkey, a work of African American literary theory and criticism, Gates included Reed's works among those of other prominent African American writers Zora Neale Hurston, Ralph Ellison, and Richard Wright for comparative study. 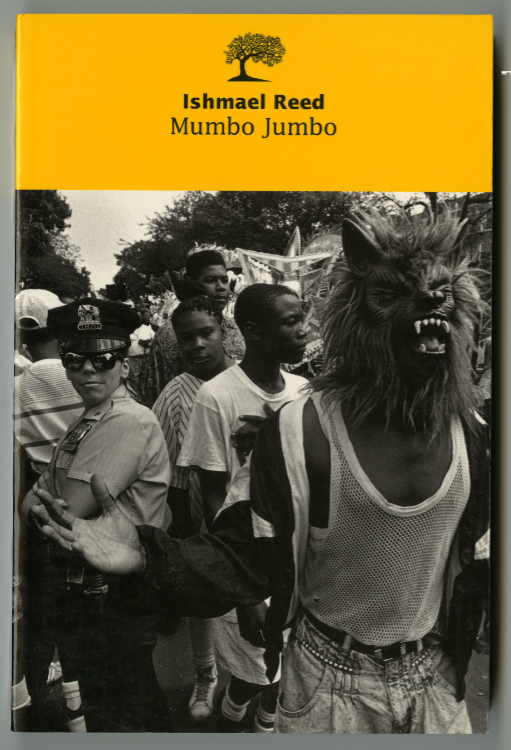 French publishers Editions De L’olivier included Mumbo Jumbo in their Soul Fiction collection which has “the common feature of providing knowledge of poor society and relations between whites and Blacks in both English and American society.” All of the novels in the Soul Fiction collection feature black-and-white photography and the stark yellow title banner seen above. The photograph on this edition captures a scene from a parade, possibly New Orleans during Mardi Gras. 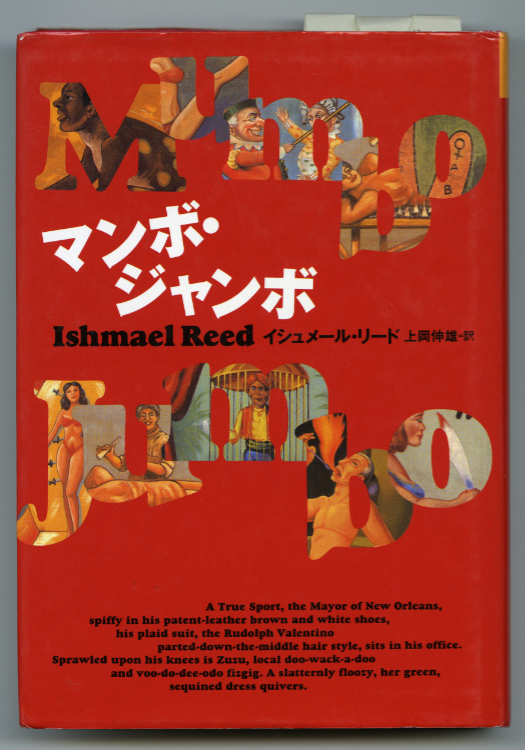 This carnivalesque 1997 Japanese cover employs imagery reminiscent of early twentieth century American vaudeville, one of the most popular forms of entertainment of the time. In interviews with publisher and academic John O’ Brien (1971, 1973), Reed stated, “I was reading a book called American Vaudeville as Ritual. It was interesting to me that before vaudevillians would go into a town they would read the local newspaper and derive their skits from that. I think that this explains much of my writing. American vaudeville is a serious mystery drama of civilization. I believe that. It is necessary to change the act from time to time and I think I’m conscious of that when I’m writing.”

In his essay “Mining and Undermining the Old Plots: Ishmael Reed’s Mumbo Jumbo,” scholar John G. Parks likens the multi-act presentation employed in vaudeville with Reed’s postmodernist fictional strategy, a strategy inherently in opposition to critics who would seek to limit what constitutes Black writing and experience. Parks cites Loop Garoo Kid, protagonist of Reed’s earlier novel Yellow Back Radio Broke-Down: “...what if I write circuses? No one says a novel has to be one thing. It can be anything it wants to be, a vaudeville show, the six o’ clock news, the mumblings of a wild man saddled by demons.”