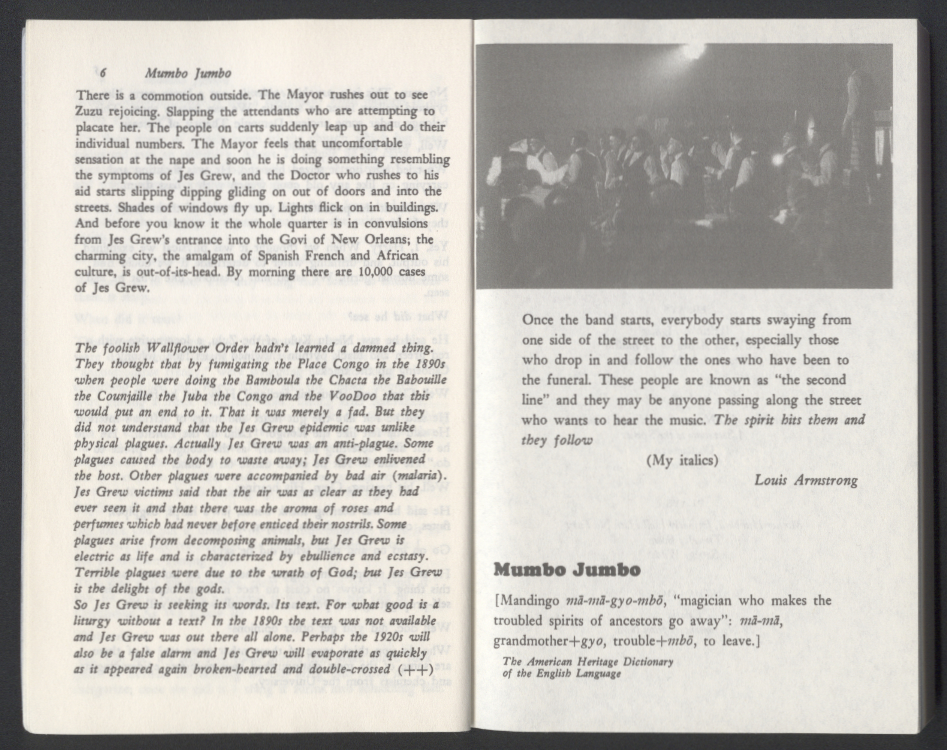 Underscoring themes of cultural pluralism found in the text, as well as the improvisatory methods employed in jazz, Reed utilized a variety of modes to tell the novel’s story. These include photographs, illustrations, images, varying fonts, handwritten text, pull quotes, and even his partial bibliography of sources used while researching the novel.

Typed note by Reed regarding Mumbo Jumbo’s pagination, circa 1972

Subverting traditional sequencing, Reed opted to have his readers drop right into the novel’s first chapter - which precedes the book’s title and copyright pages - upon opening the book. In interviews with publisher and academic John O’ Brien (1971, 1973) Reed stated, “I’ve watched television all my life, and I think my way of editing, and the speed I bring to my books, the way the plot moves, is based upon some of the television shows and cartoons I’ve seen, the way they edit.” The atypical sequencing serves to emphasize another plot point: like the Jes Grew virus, the text of the story spreads where it will and cannot be contained by typical barriers or conventions.

Letter from Stan Rice to Joan Ward regarding use of long-hand letter in Mumbo Jumbo, 1971 December 20 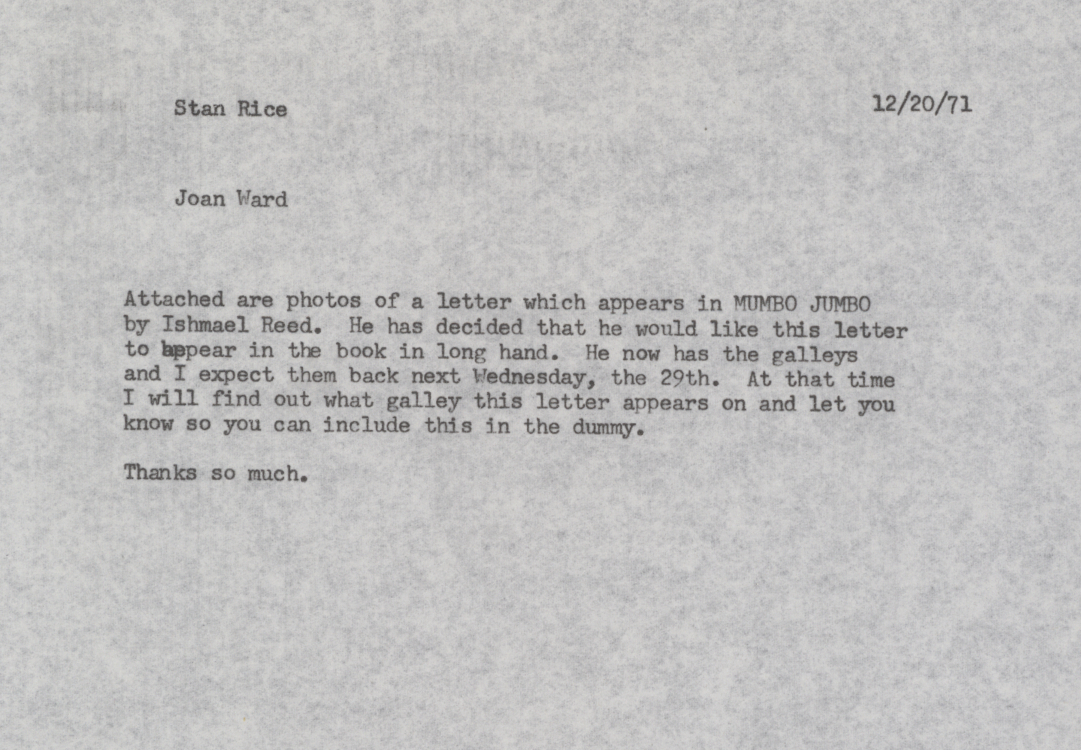 Letter from Stan Rice to Joan Ward regarding use of long-hand letter in Mumbo Jumbo, 1971 December 20
View Metadata 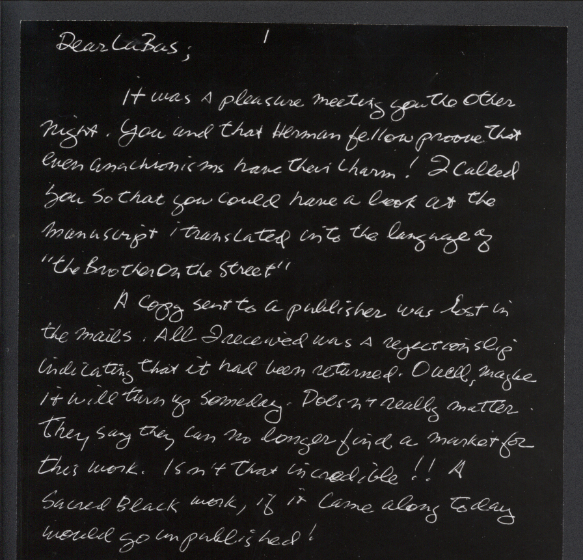 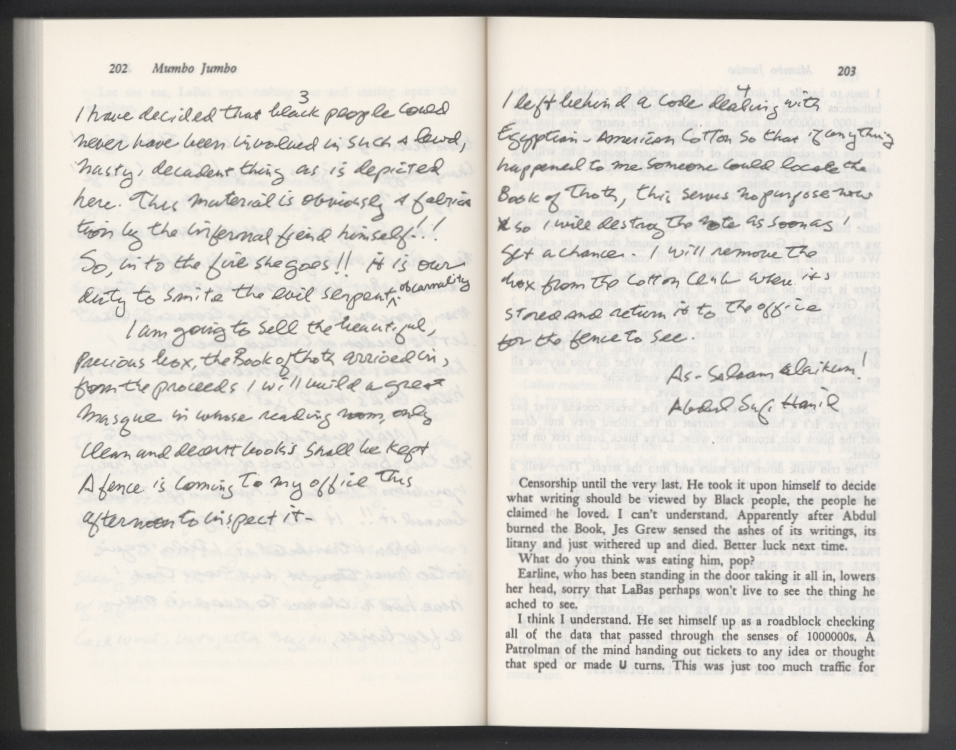 Reed elected to deliver one the novel’s big reveals, the location of The Book of Thoth, via a letter written by the character Abdul Sufi Hamid to Papa LaBas. In the novel’s final publication, the letter appears in Reed’s own long hand - in stark contrast to the typed text surrounding it. In this way, the reader receives the letter - and the reveal - in the same manner as the novel’s protagonist.