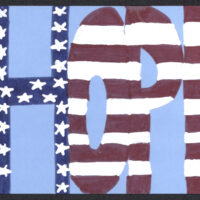 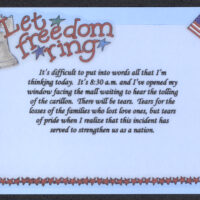 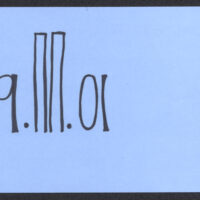 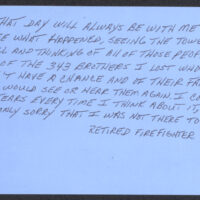 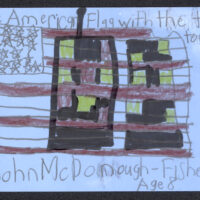 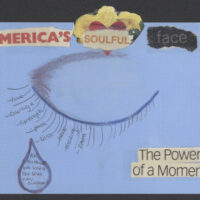 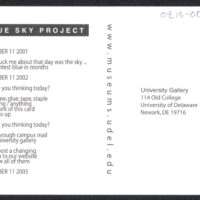 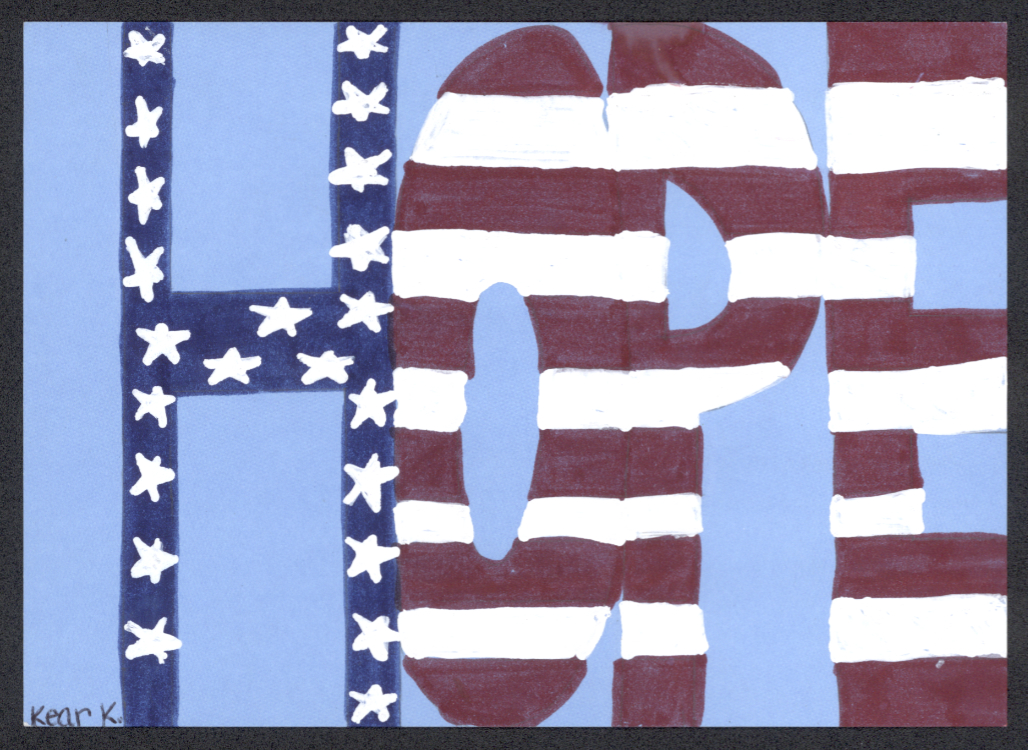 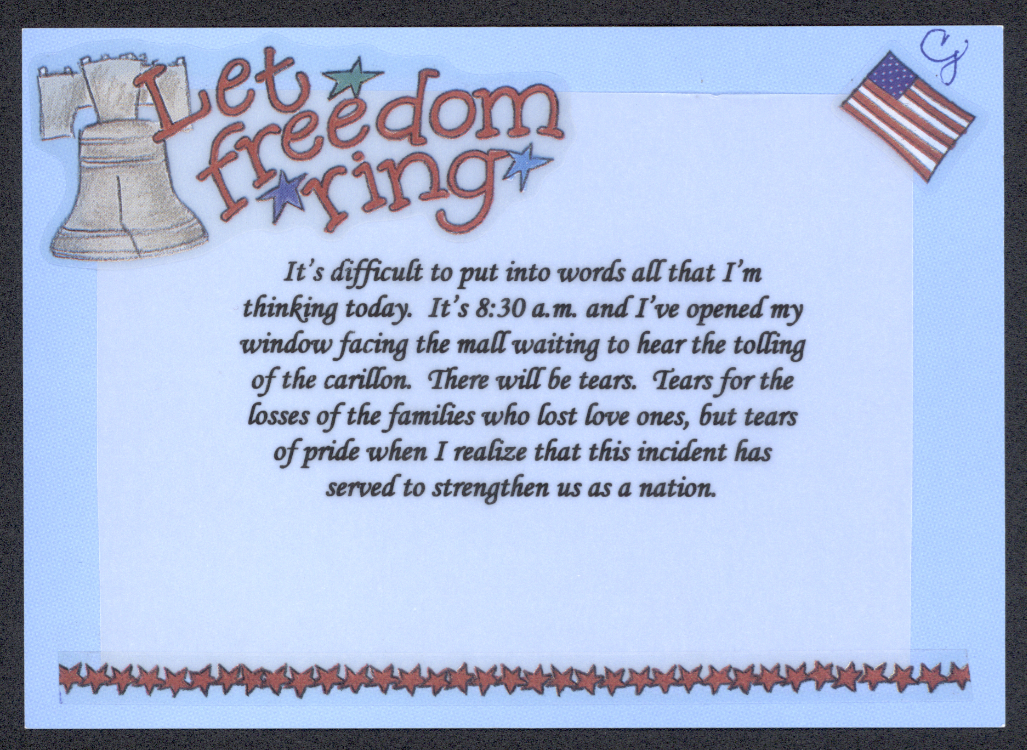 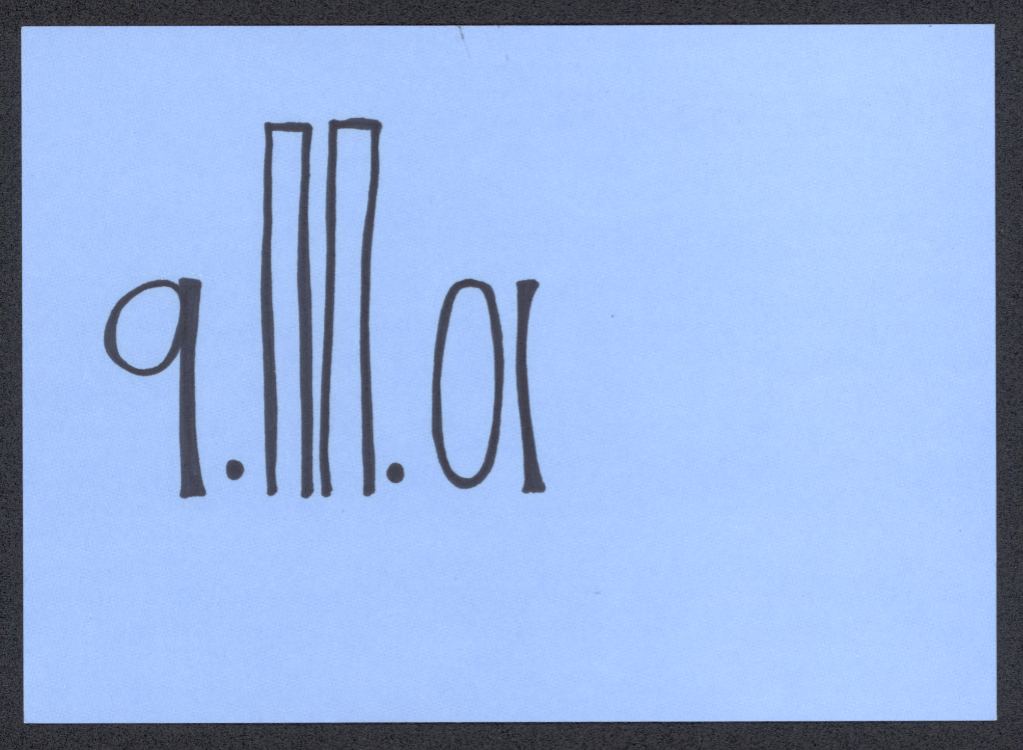 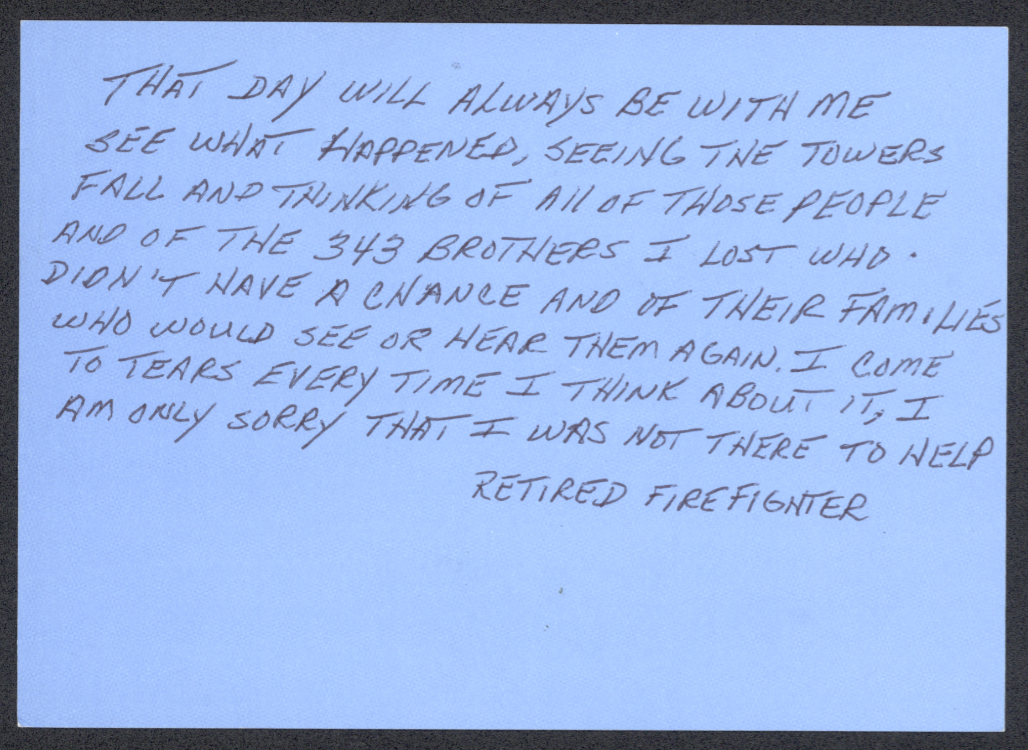 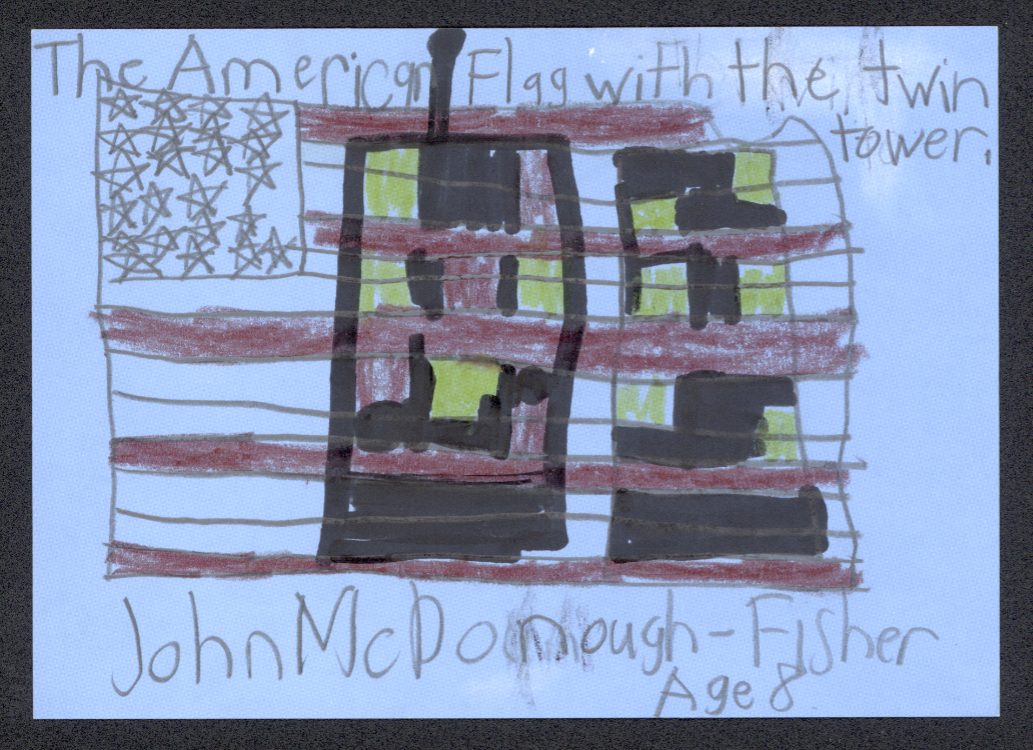 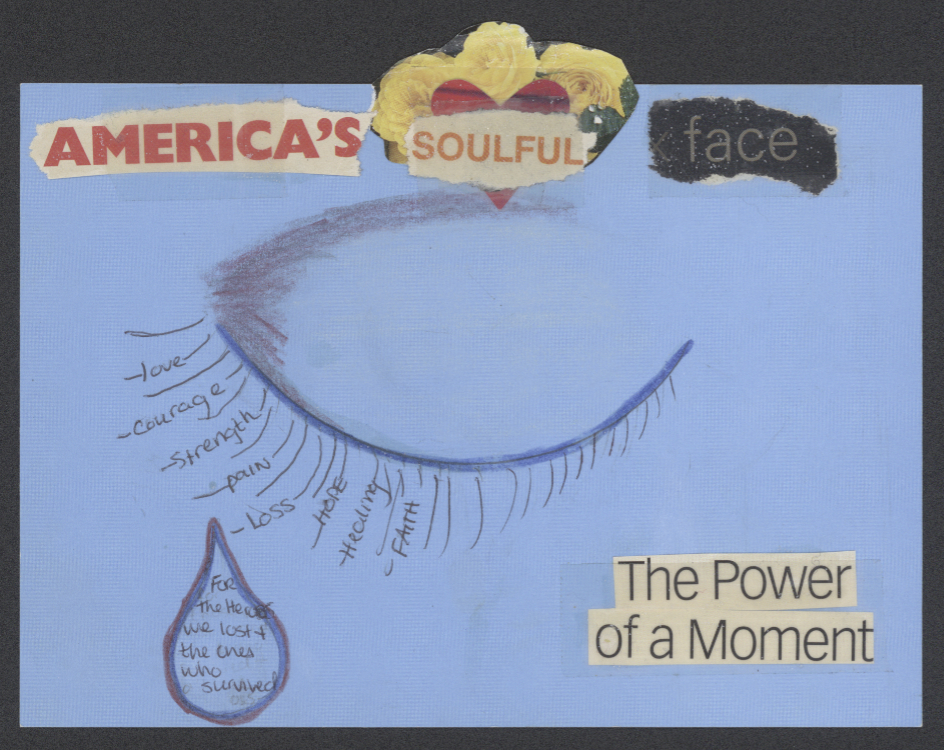 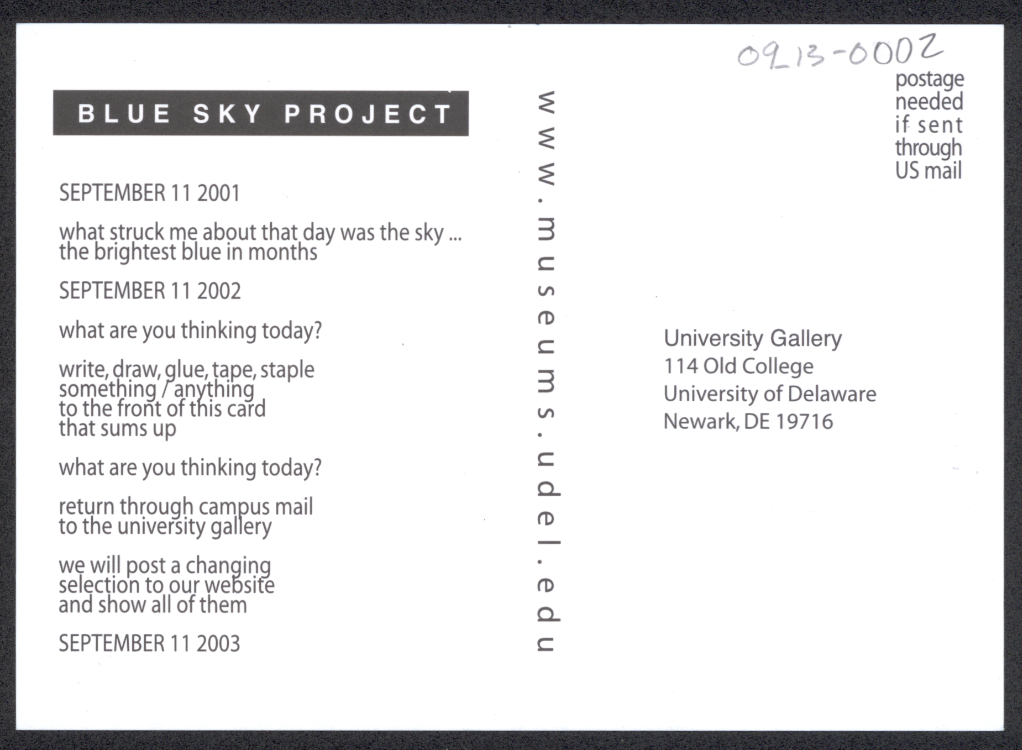 Coordinated by UD's University Gallery (now UD Museums), the Blue Sky Project distributed cards printed with a prompt, "SEPTEMBER 11 2001 | what struck me about that day was the sky... the brightest blue in months | SEPTEMBER 11 2002 | what are you thinking today? | write, draw, glue, tape, staple something | anything to the front of this card that sums up what are you thinking today? return through campus mail to the university gallery."

The galleries received approximately 300 postcards from members of the University of Delaware and Newark communities. 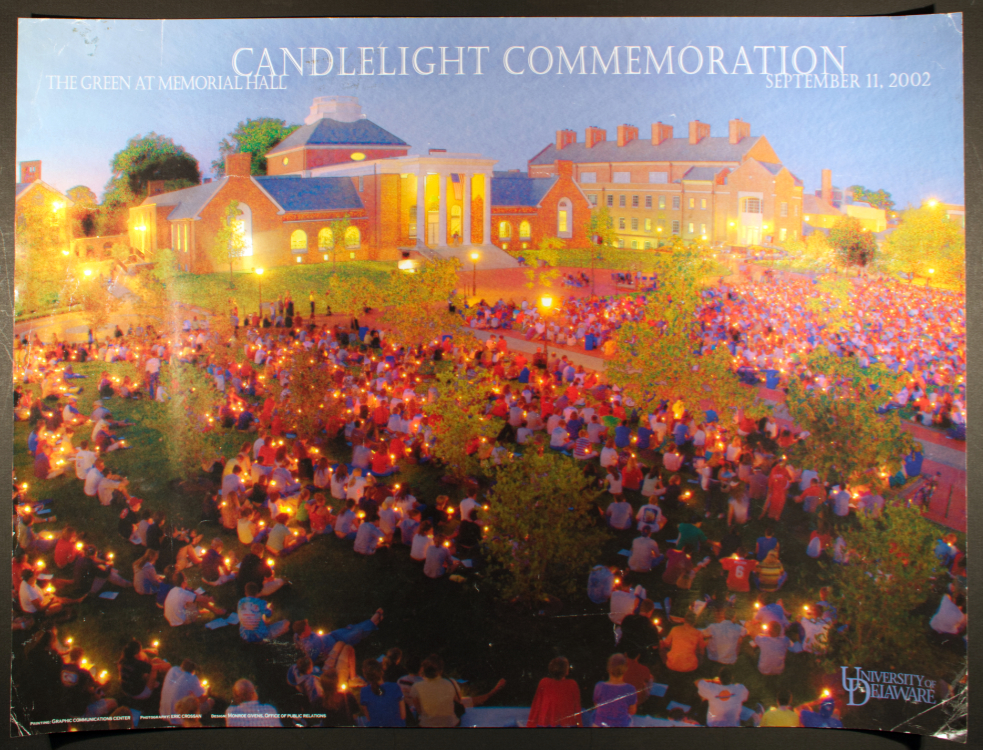 Poster for Candlelight Commemoration on the Green at Memorial Hall, September 11, 2002

Posters that depicted this 9/11 candlelight commemoration event were distrubuted to UD students free of charge in September 2002. The poster was designed by Monroe Givens, assistant director of creative services in the Office of Public Relations, with photography by Eric Crossan and printed on the Graphic Communications Center’s five-color press.

Hecatombe, a limited edition artist's book, is a response to the 9/11 attacks on the United States. The structure of the book symbolically reflects the two towers, which are connected by a wall of images in the center accordion structure. The book was written, designed and printed by the artist. 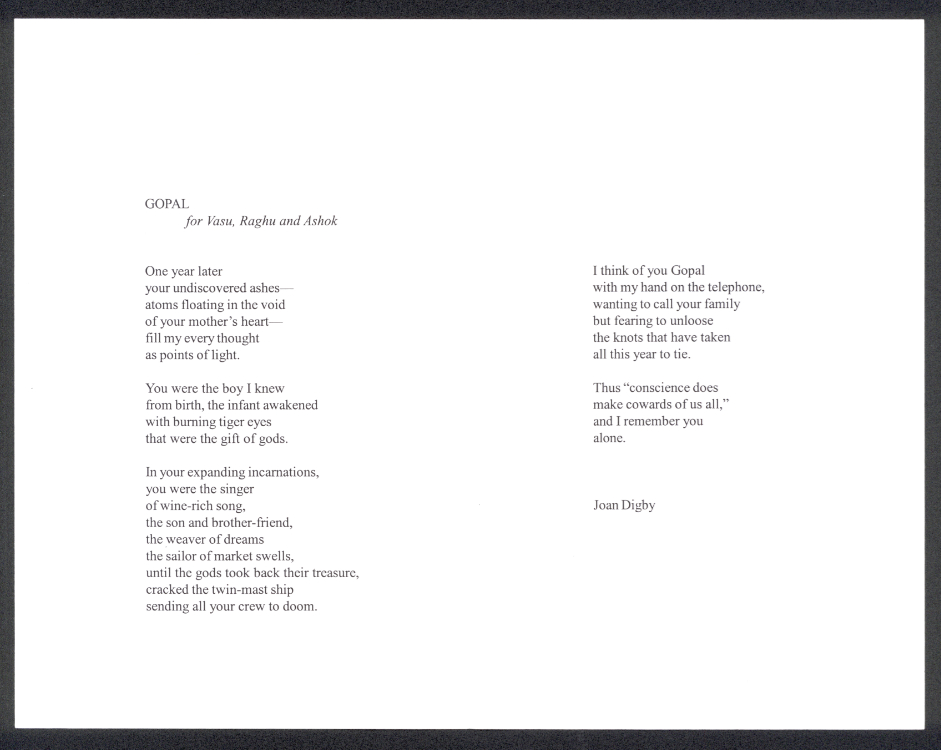 Poet Joan Digby composed this poem for her friend, Gopal Varadhan, who died in the attack on the World Trade Center. The cover images for this and the following item were created by Joan Digby's husband, reknowned collagist and artist John Digby, who created a series of artworks, Homage to the Fallen, commemorating the 9/11 tragedy. 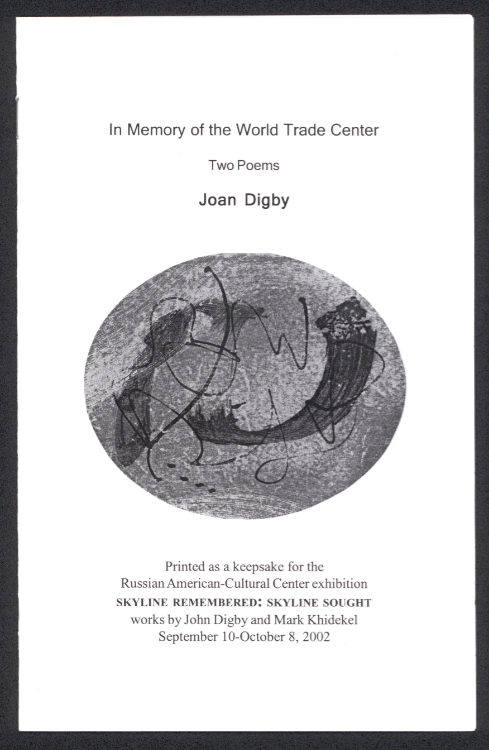 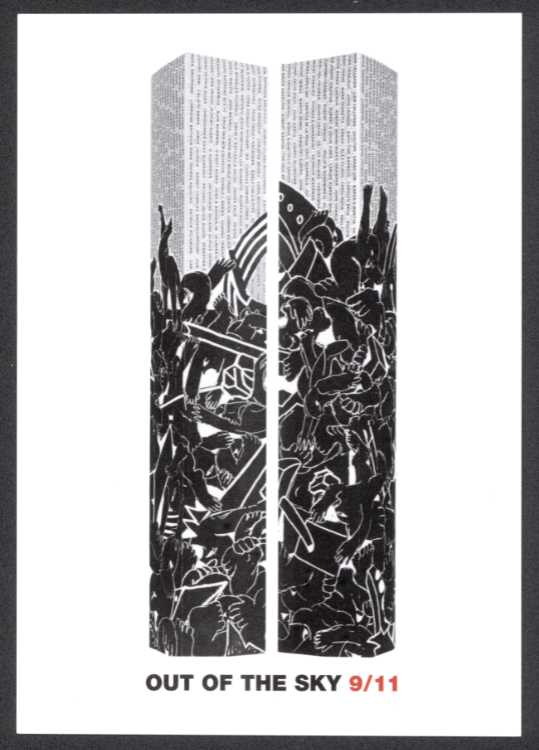 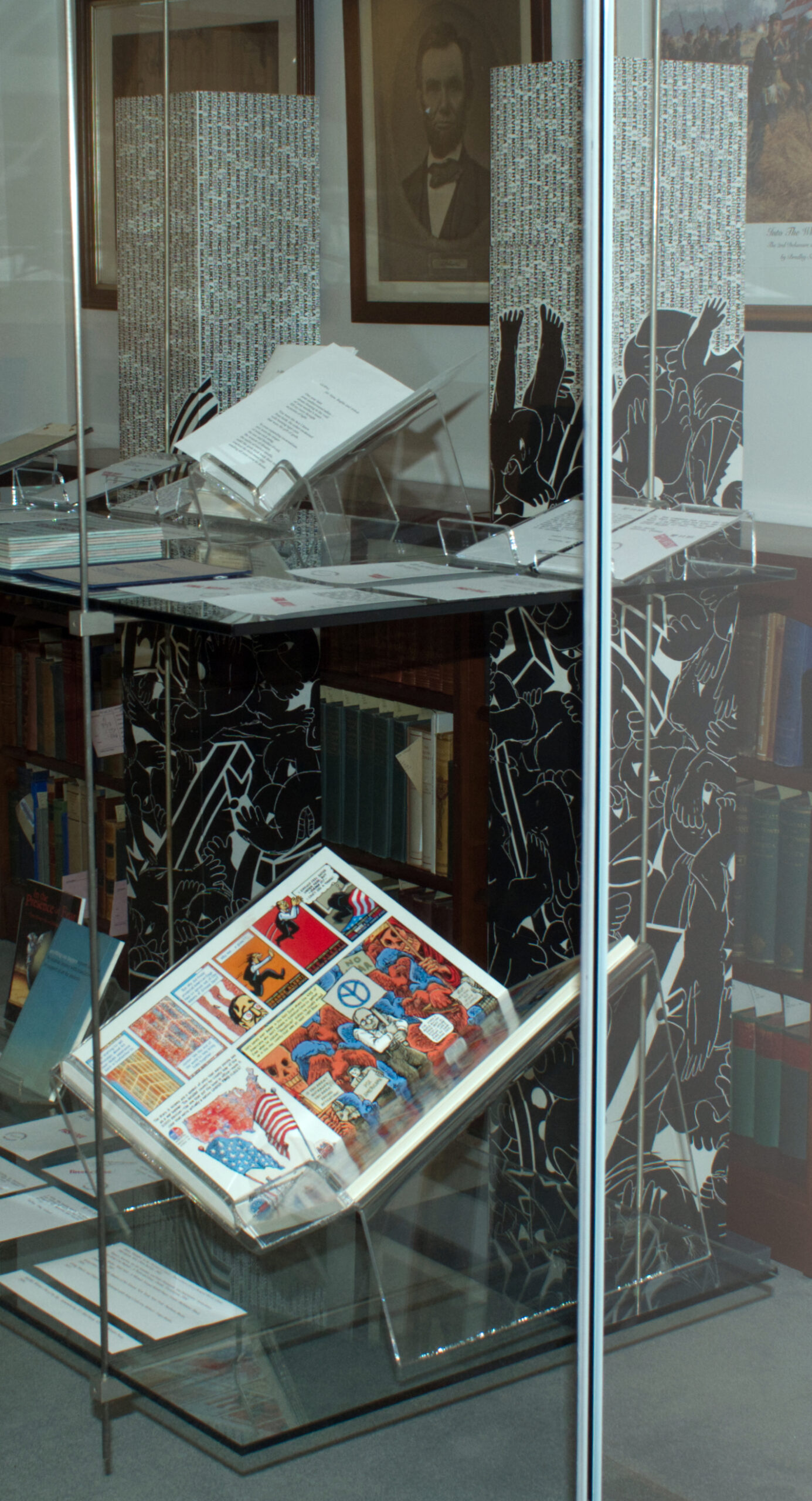 An artist book by Werner Pfeiffer in memory of the victims of 9/11, this book is assembled by its user into a three-dimensional structure consisting of a group of large woodcuts in the shape of two towers, each over five feet tall.

Some of the descriptive text on this page is quoted directly from the dust jackets, colophons, and publisher's descriptions of each work. Some of the text has been modified for clarity.