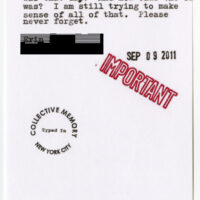 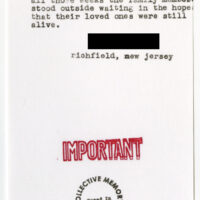 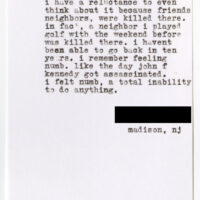 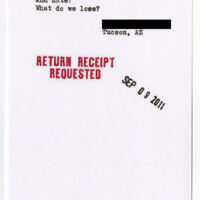 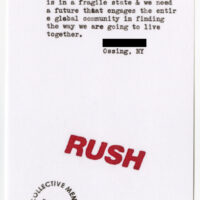 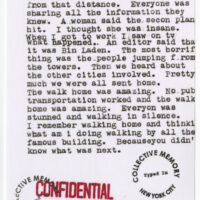 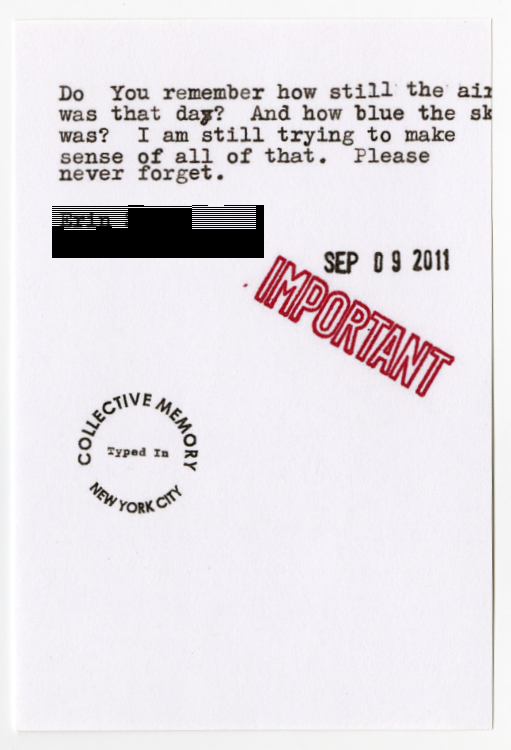 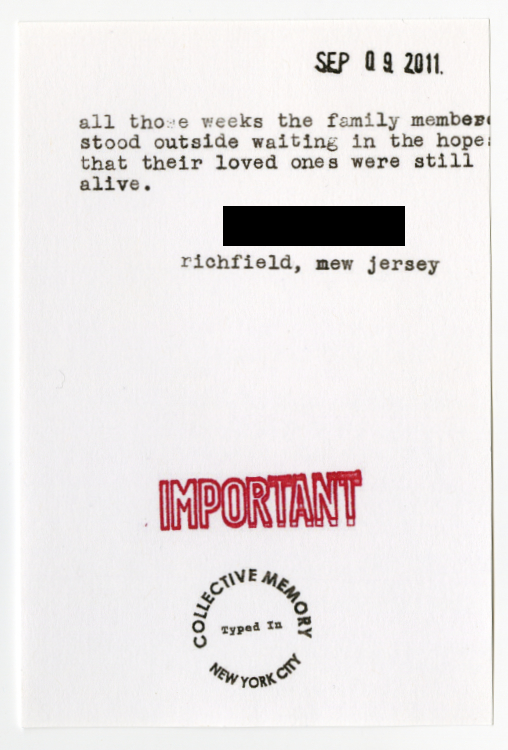 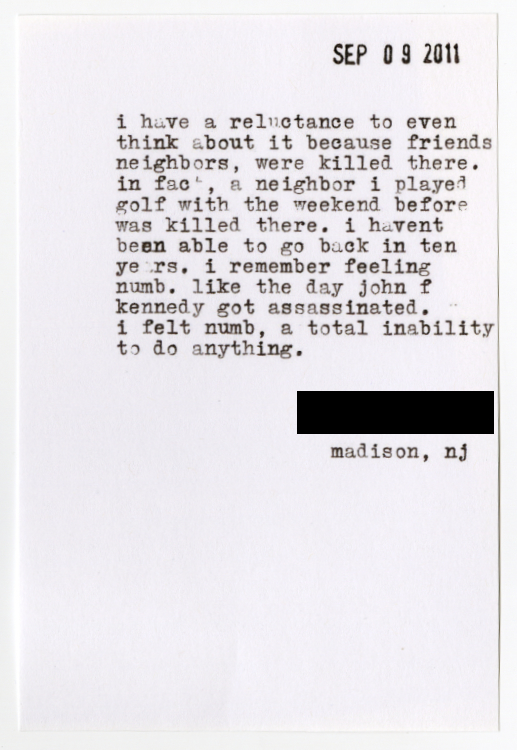 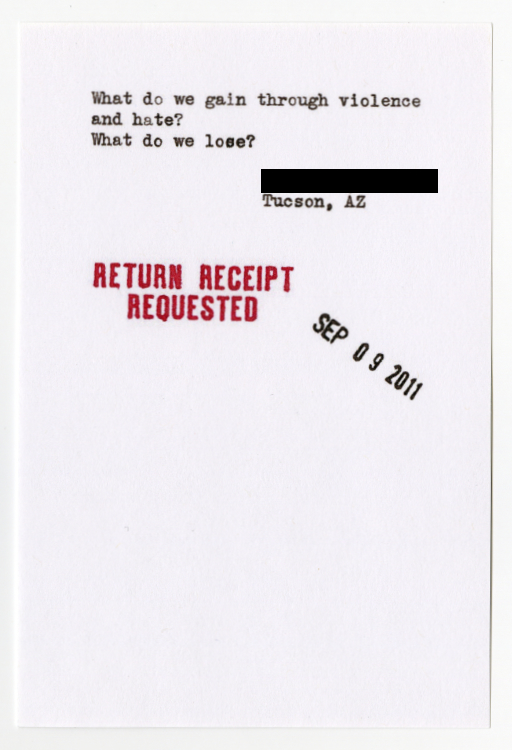 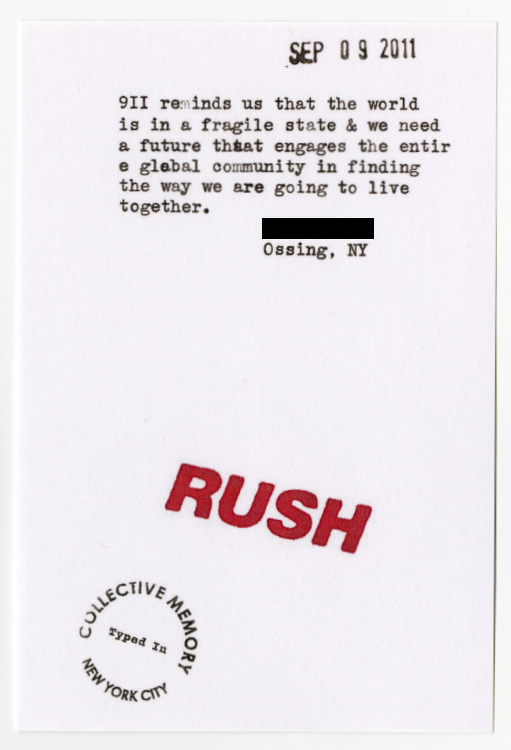 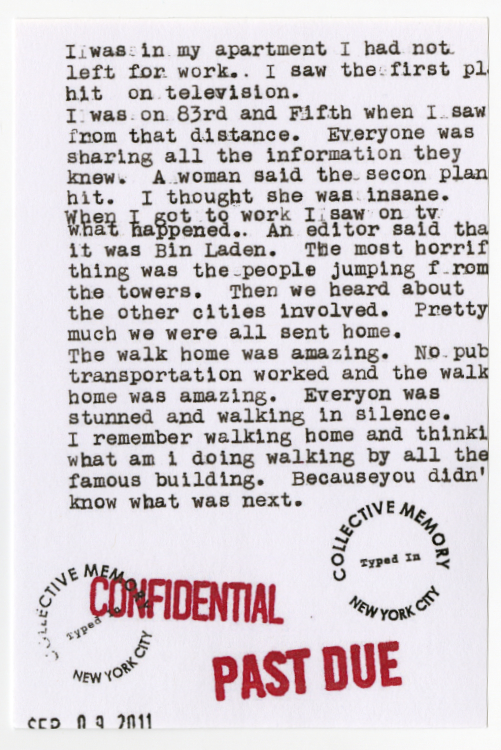 The Collective Memory box functions as a portable exhibition based on the 2011 public performance of the same name held in Bryant Park, New York City, on the 10th anniversary of September 11th. Published in 2012 in an edition of ten, each box contains 315 digitally printed index cards with messages dictated during the Collective Memory performances held on September 9, 10, and 11, 2011. 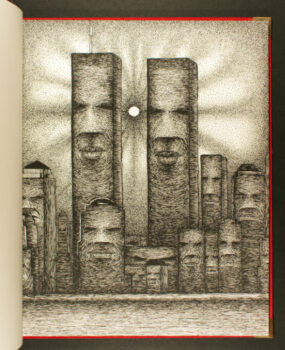 In the fall of 2001, while the smoke and dust from the World Trade Center was settling over New York City, Mac McGill was creating this series of images. The original drawings were acquired by the Library of Congress. The book was designed and relief printed by Mark Wagner and bound by Sara Parkel.

Beginning on September 11, 2001, Mimi Gross filled five sketchbooks with ink drawings made on the downtown streets, often working in the dark, directly at Ground Zero. Simultaneously, Charles Bernstein was also writing in response to the events of 9/11. Gross proposed a collaboration after hearing Bernstein read his new writings at the Zinc Bar in New York City on September 30, 2001. Gross and Gernstein together made a selection of images and text for the book. 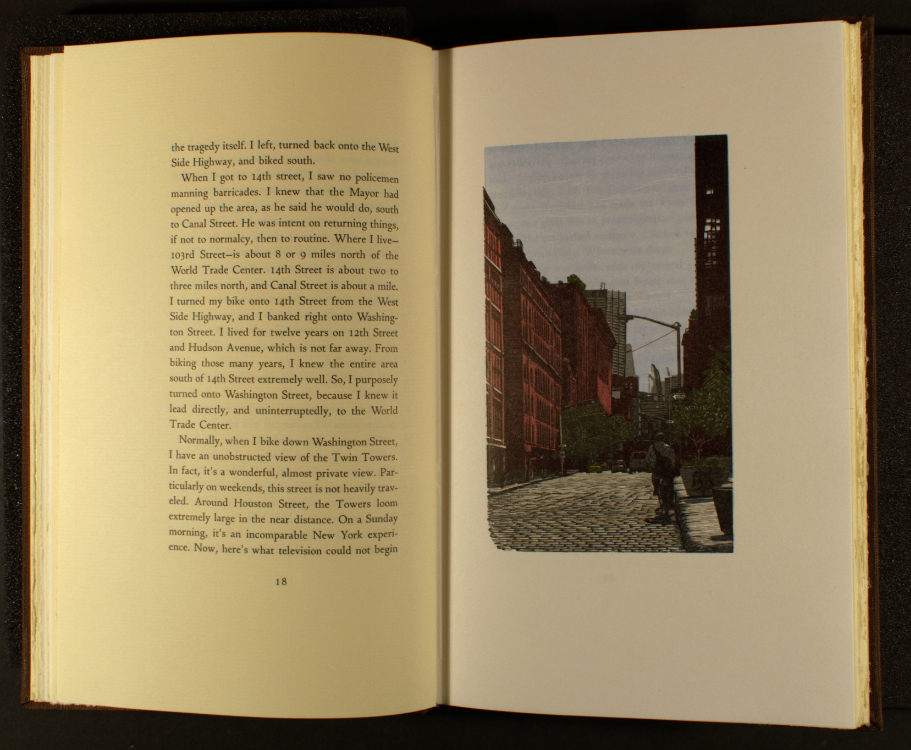 On the morning of September 11, 2001, Richard Goodman, like many New Yorkers, was on his way to work. As he crossed Madison Avenue, he looked south to see one of the World Trade Center Towers 'bellowing smoke.' He wrote, 'I could set my position in time by that moment, like the frozen clock at Hiroshima.' For the next three months, Richard rode his bike almost every day from the Upper West Side to the World Trade Center disaster site, or as near as he could get to it. When he returned home, he wrote about what he had seen. "Impressions ten years later" is a set of wood engravings by Gaylord Schanilec based on a bike ride with the author down toward the disaster site some ten years later. 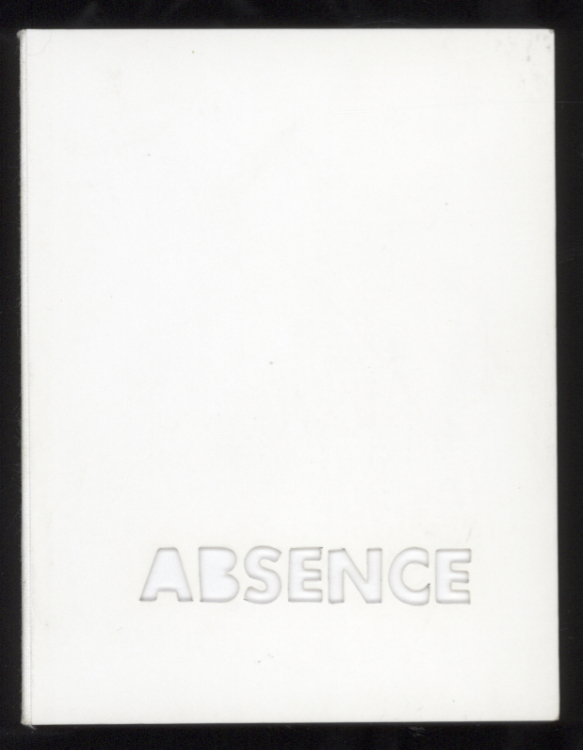 Absence offers a representation of the negative space of the World Trade Center towers.

Even the Birds Were on Fire : 9.11.01 presents an immediate response to the events of September 11th in New York City, with text incorporating personal reactions alongside the time line of events. 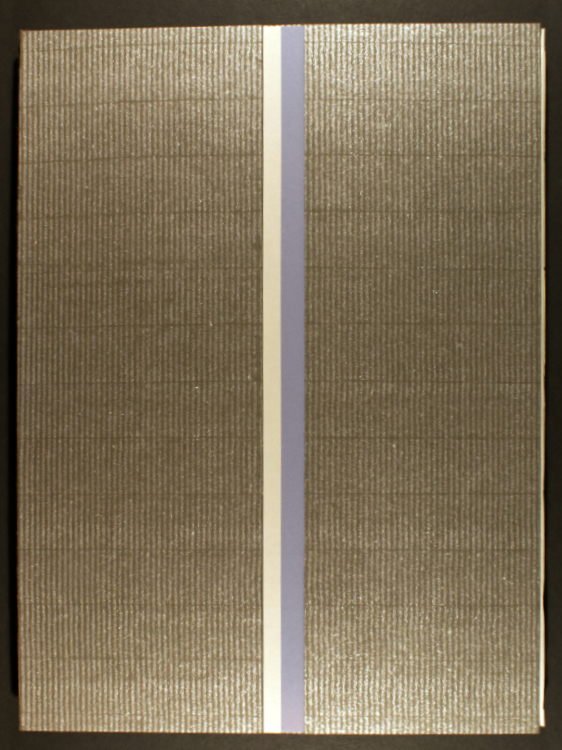 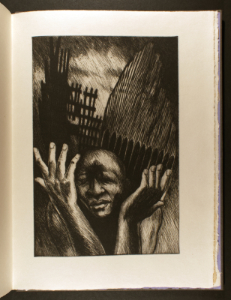 Falling to Earth is a reaction to the terrifying and tragic collapse of the World Trade Center Towers and the ensuing Middle East bombing campaign. The book's imagery uses the metaphor of falling to look at the human and spritual costs of violence. 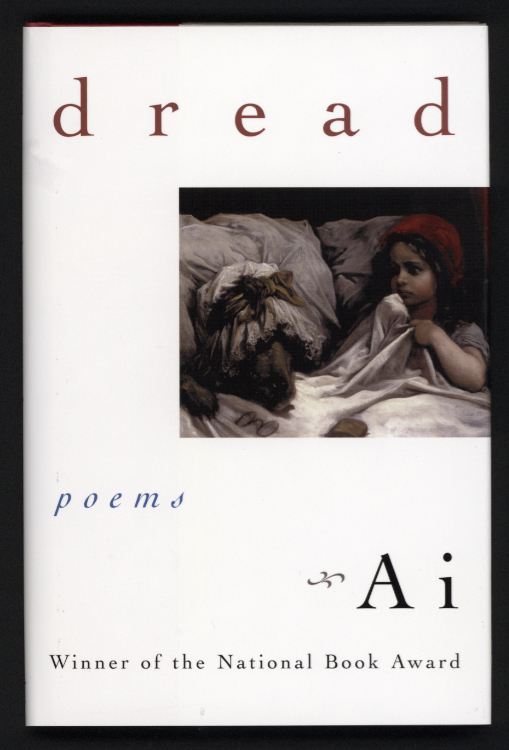 Poet Ai has been called "one of the most singular voices of her generation" by the New York Times Book Review, and is regarded as an innovator of the dramatic monologue. In this collection, Ai adopted the anguished voices of adults remembering traumatic events from their childhoods that included terrorism, war, sexual abuse, and parental violence. 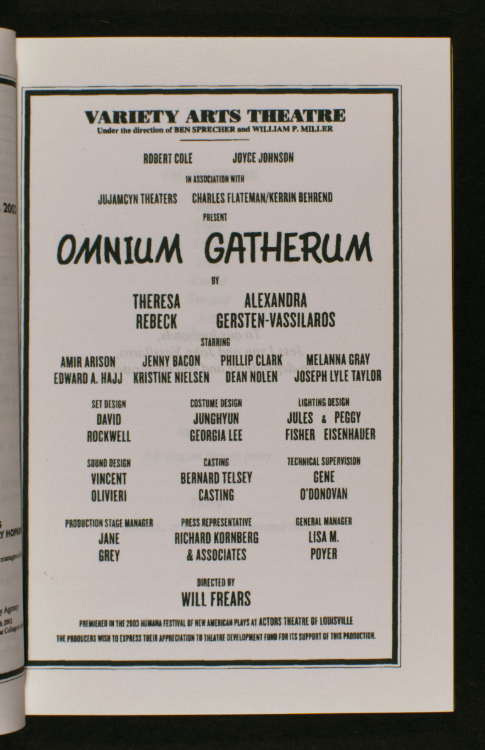 The guests at this exquisite feast of food and argument confront the global implications of September 11 and beyond in an urgent, impassioned, and hilarious work that was applauded at Actors Theatre of Louisville’s Humana Festival and Off Broadway. 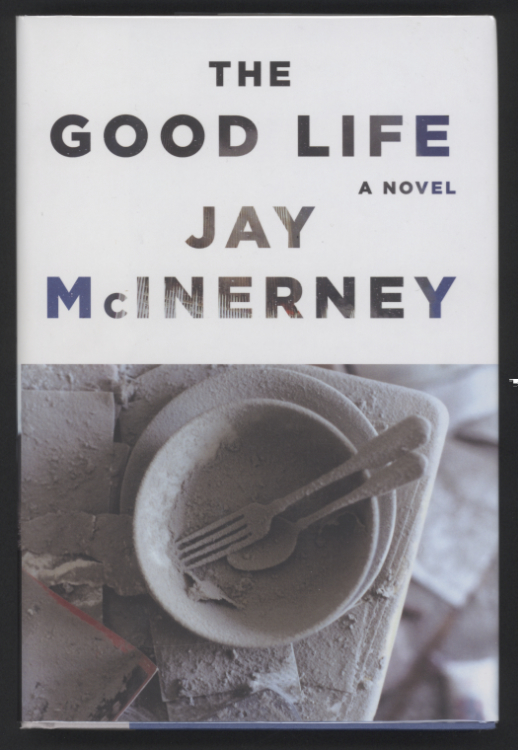 McInerney's novel The Good Life chronicles the lives of diverse characters, including Luke McGavock, a man searching for a sense of purpose in life; Corinne Calloway, a mother of twins; and her husband, Russell, whose world is transformed by the catastrophic events of September 11th, 2001.

All of the descriptive text on this page is quoted directly from the dust jackets, colophons, and publisher's descriptions of each work. Some of the text has been modified for clarity.