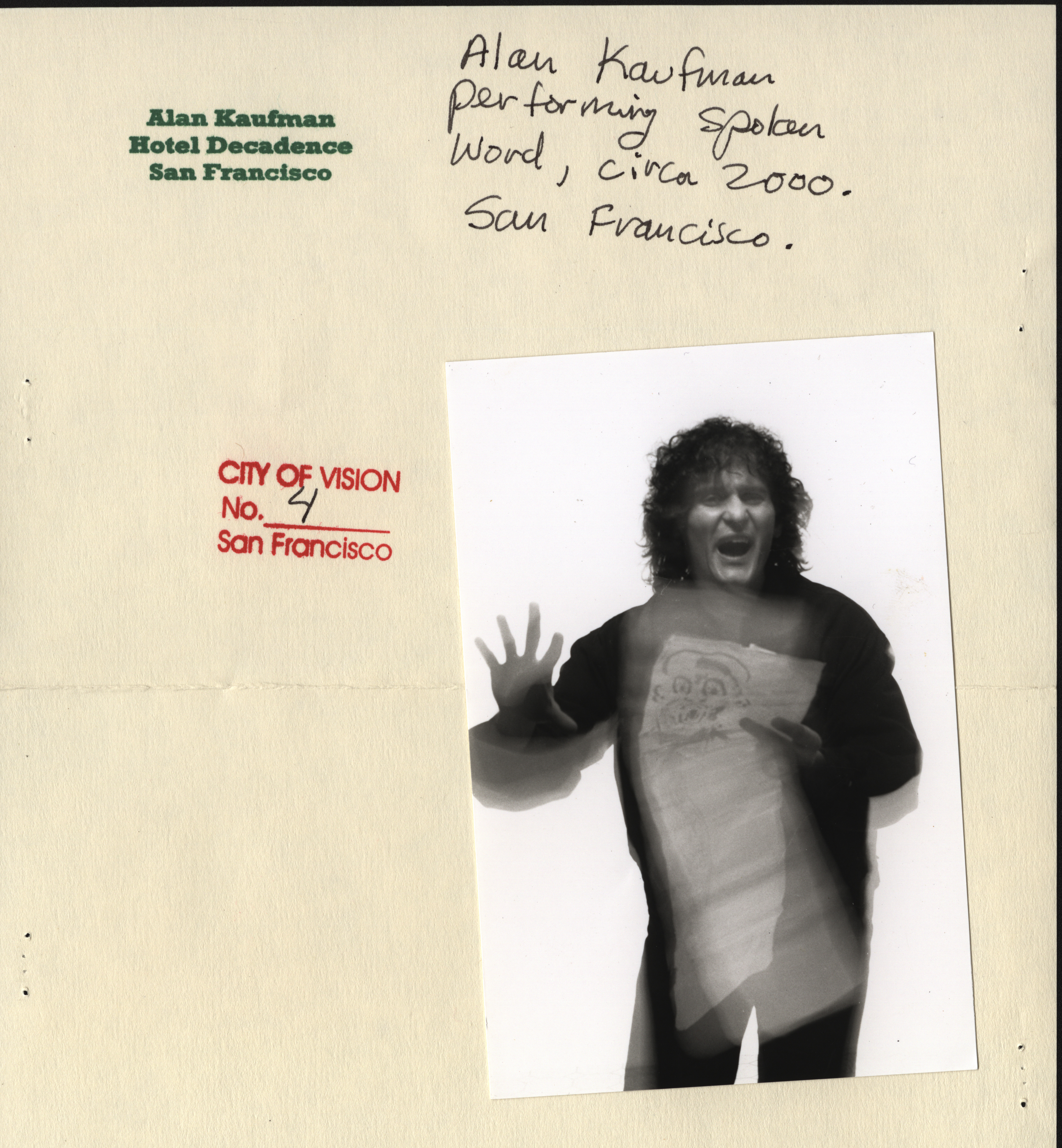 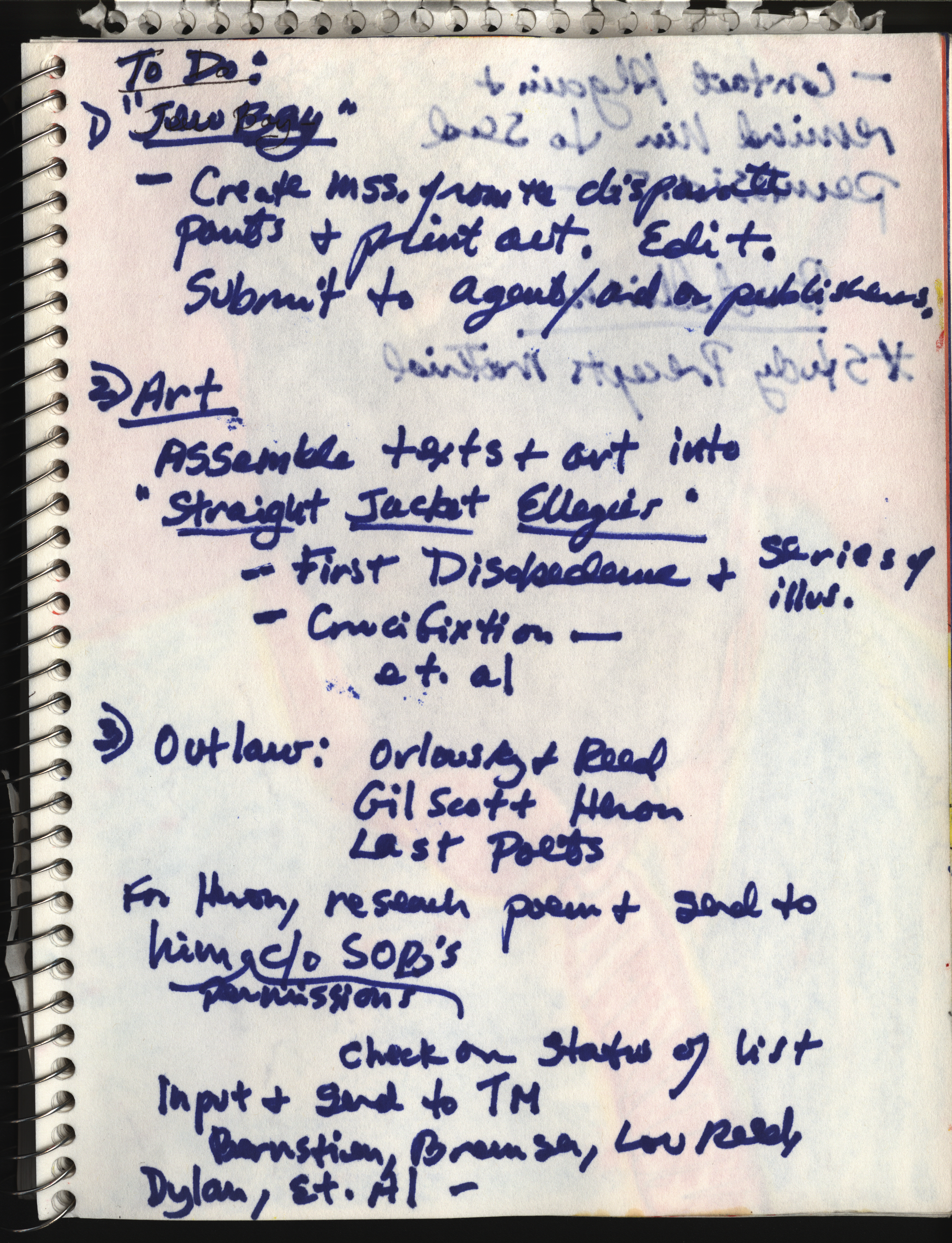 Kaufman, Alan, "To do" list from notebook, circa 2000.
View Metadata

Alan Kaufman, born in 1952 in New York City to a French Holocaust survivor, holds American, French, and Israeli citizenship. Raised in the Bronx, he is a teacher, writer, poet, editor, performer, artist, and impresario known for his work as editor of the Outlaw Bible series of anthologies for American poetry, literature, essays, art and (forthcoming) music.

Prolific and prodigious, Kaufman is an engaged participant if not outright ringleader in all of his creative endeavors.

In addition to his editorial work on the Outlaw anthologies, Alan Kaufman was editor-in-chief of Jewish Frontier (1988) and helped found the short-lived but influential alternative magazine Davka: Jewish Cultural Revolution (1996-1997).  Kaufman is also the author of a memoir, Jew Boy (2000), the novel Matches (2005), and Drunken Angel: A Memoir (2011), as well as several volumes of poetry.

Active as a poet from an early age, Kaufman has been involved in both the New York and San Francisco poetry scenes and played a role in the popularization of Spoken Word poetry in both the United States and abroad. Kaufman is a painter, a medium in which he has proven equally productive.

Kaufman returned from San Francisco to the East Coast and Manhattan in 2015 and has been active in the East Village neighborhood with art benefits and the East Village Folk Festival. He is on tour in 2017 with Liberty Circus, "a rogue band of outlaw songwriters and poets" who celebrate "good old democratic open heartedness."  Alan Kaufman's memoir Jew Boy will be reissued in Fall 2017 by Cornell University Press.