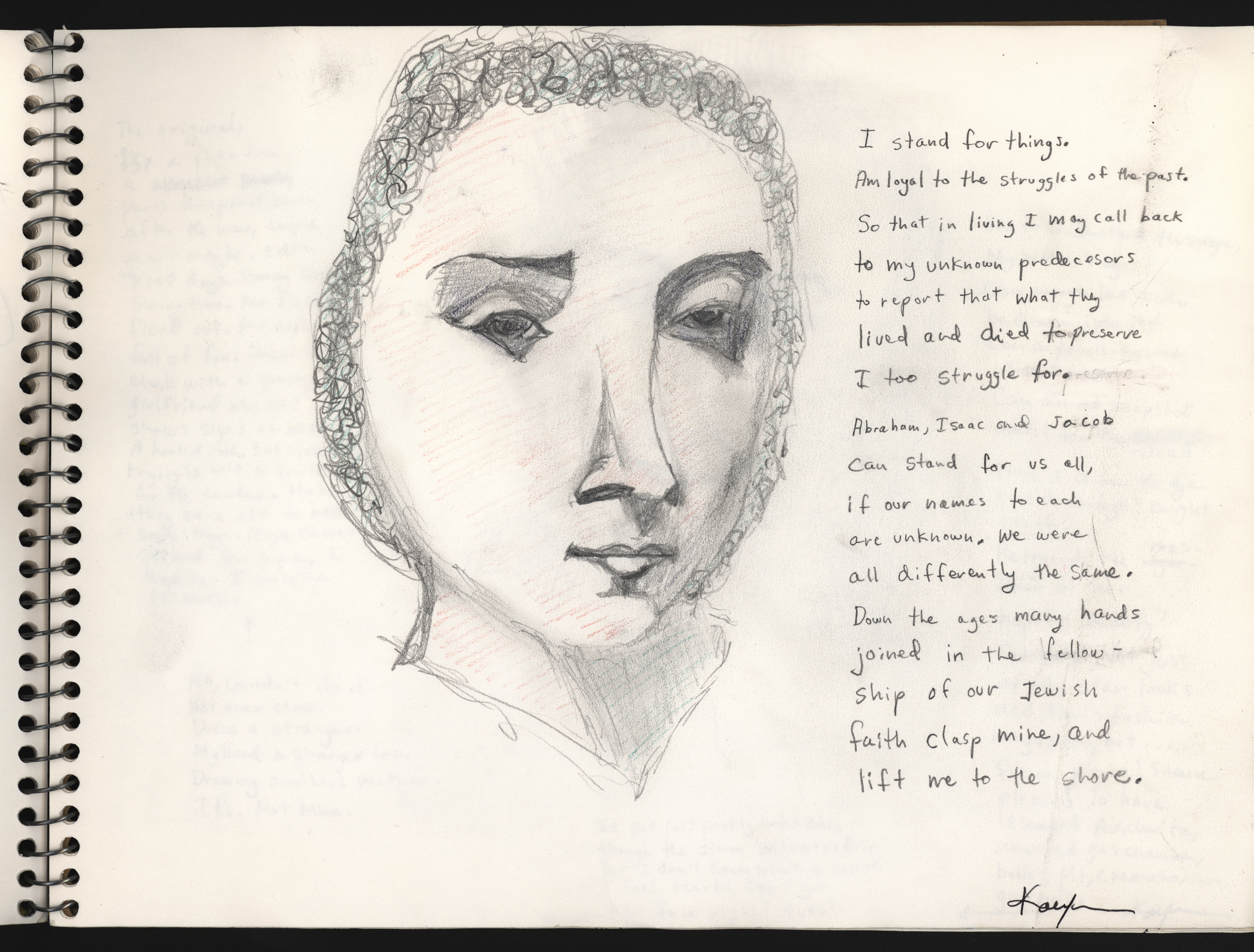 Kaufman, Alan, "I stand for things," poem and portrait in graphite, undated. Image may not be reproduced without permission of the copyright holder.
View Metadata 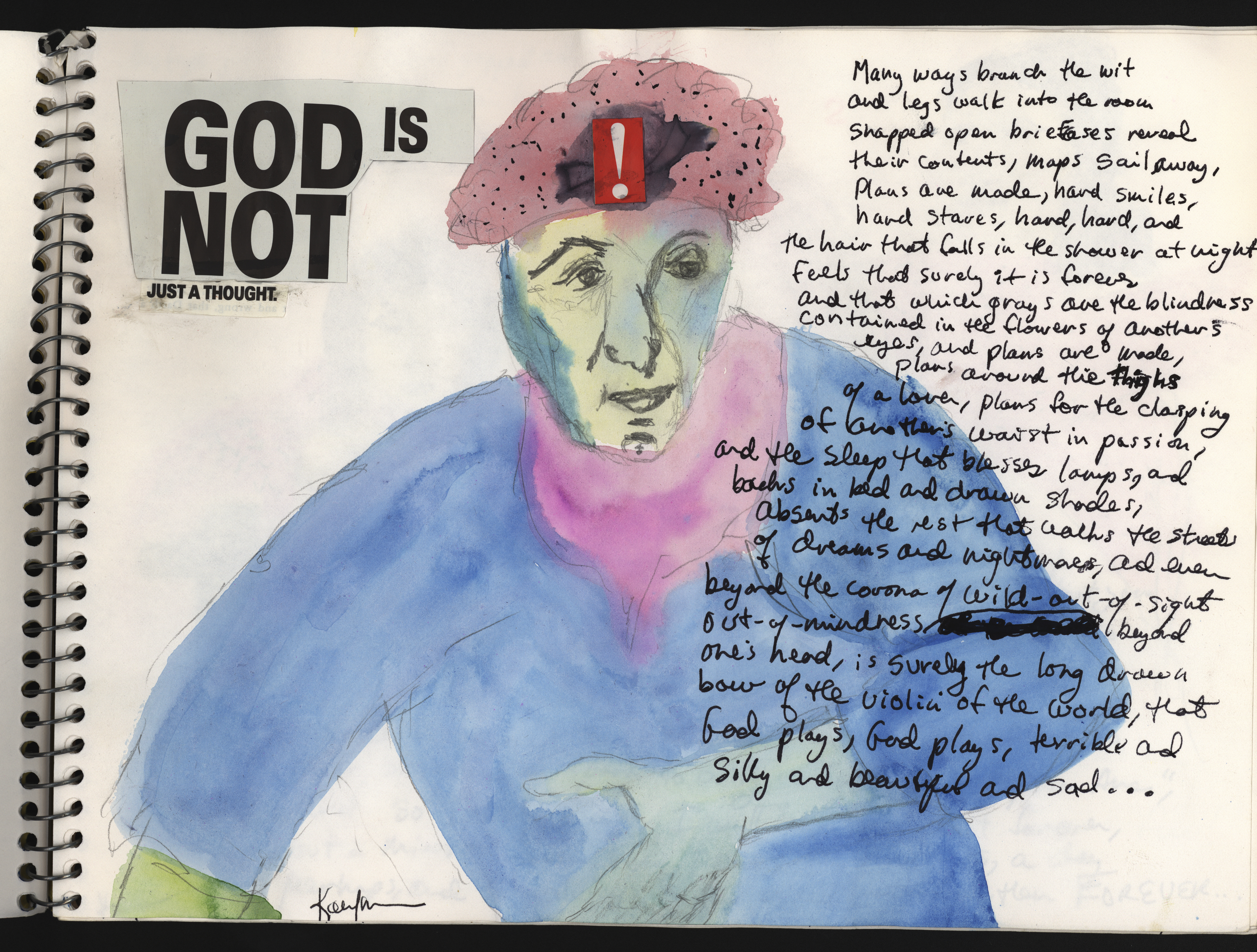 Kaufman, Alan, "God is not just a thought," poem and sketch in pen and ink with watercolor and mixed media, undated. Image may not be reproduced without permission of the copyright holder.
View Metadata

Alan Kaufman donated his mother’s letters about surviving the wartime persecution of Jews in France and Italy, along with photographs of the Jucht family and copies of their naturalization documents, to the University of Delaware where his personal archive is also found.

This family history illuminates Alan Kaufman’s personal journey through literature and art with "Remembrance and Visions" of those with whom he holds Jewish faith.

But most importantly, these letters bear witness to the persecution of Jews in France.  On April 24, 2017, Kaufman quoted from one of his mother’s letters in The Times of Israel.  He used the letter as contrary evidence in response to Marine Le Pen’s claim that French police were not responsible for the deportation of Jews to the Vélodrome d’Hiver, Drancy, and Auschwitz.

The University of Delaware has digitized his mother's letters and they are now available online.