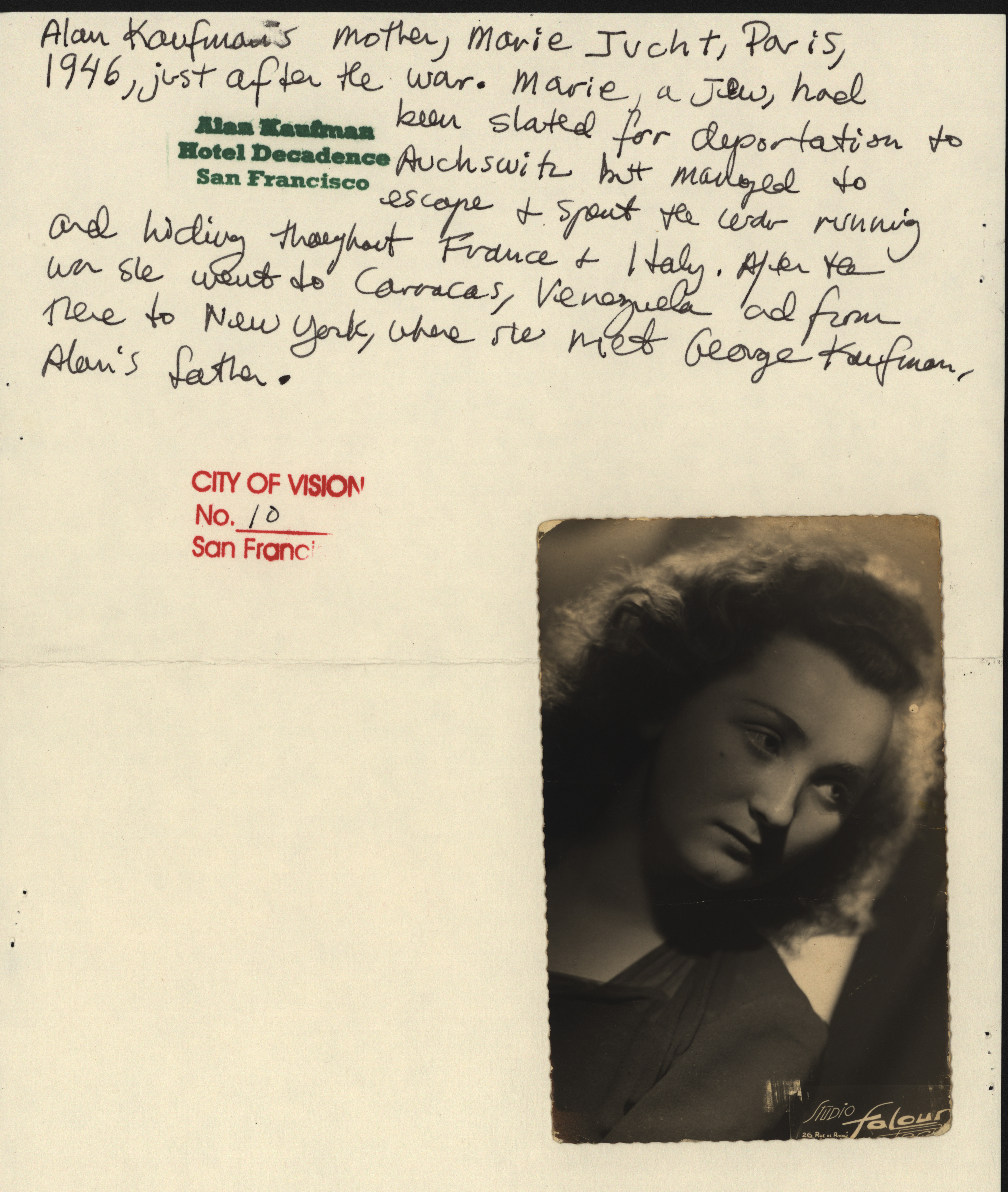 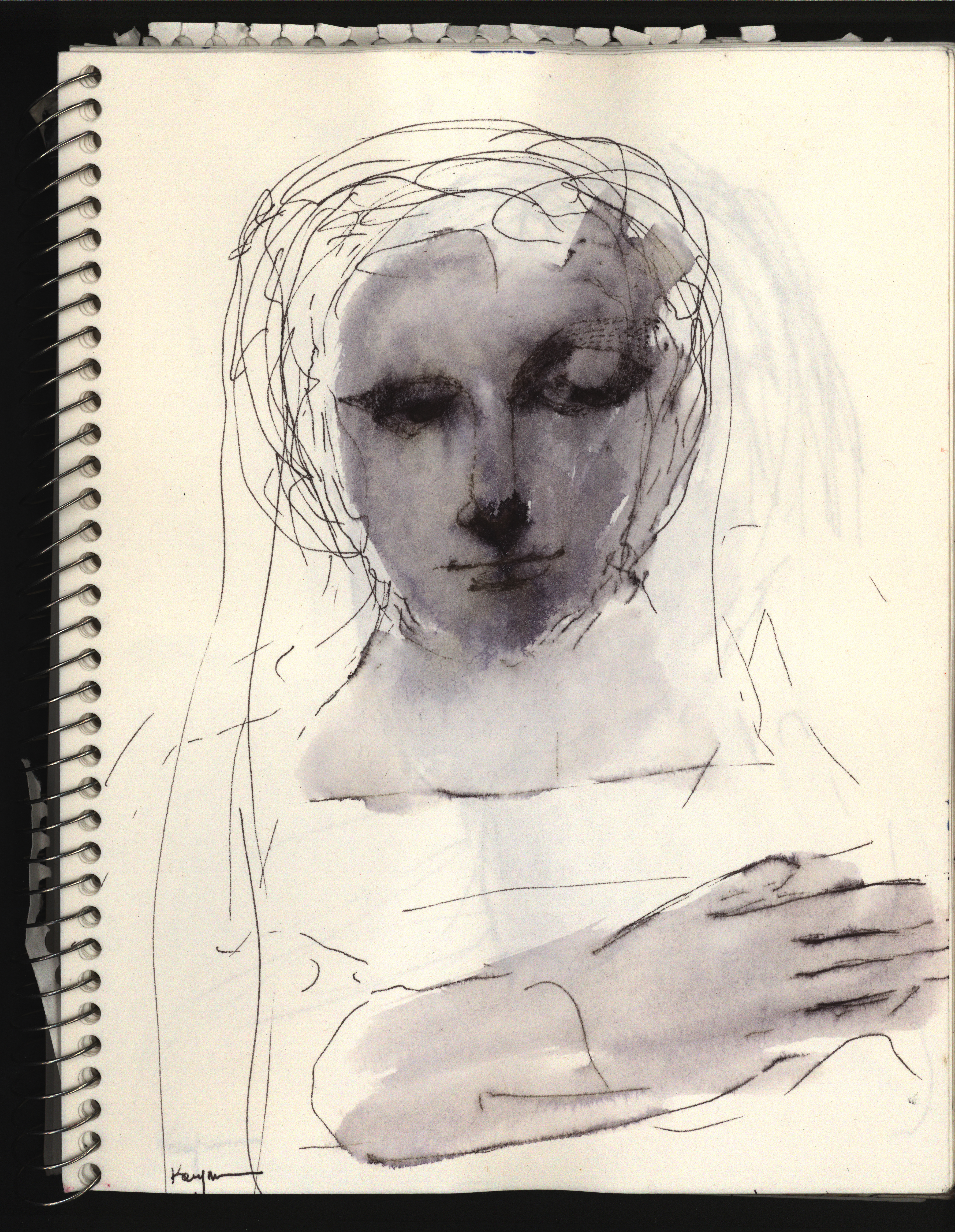 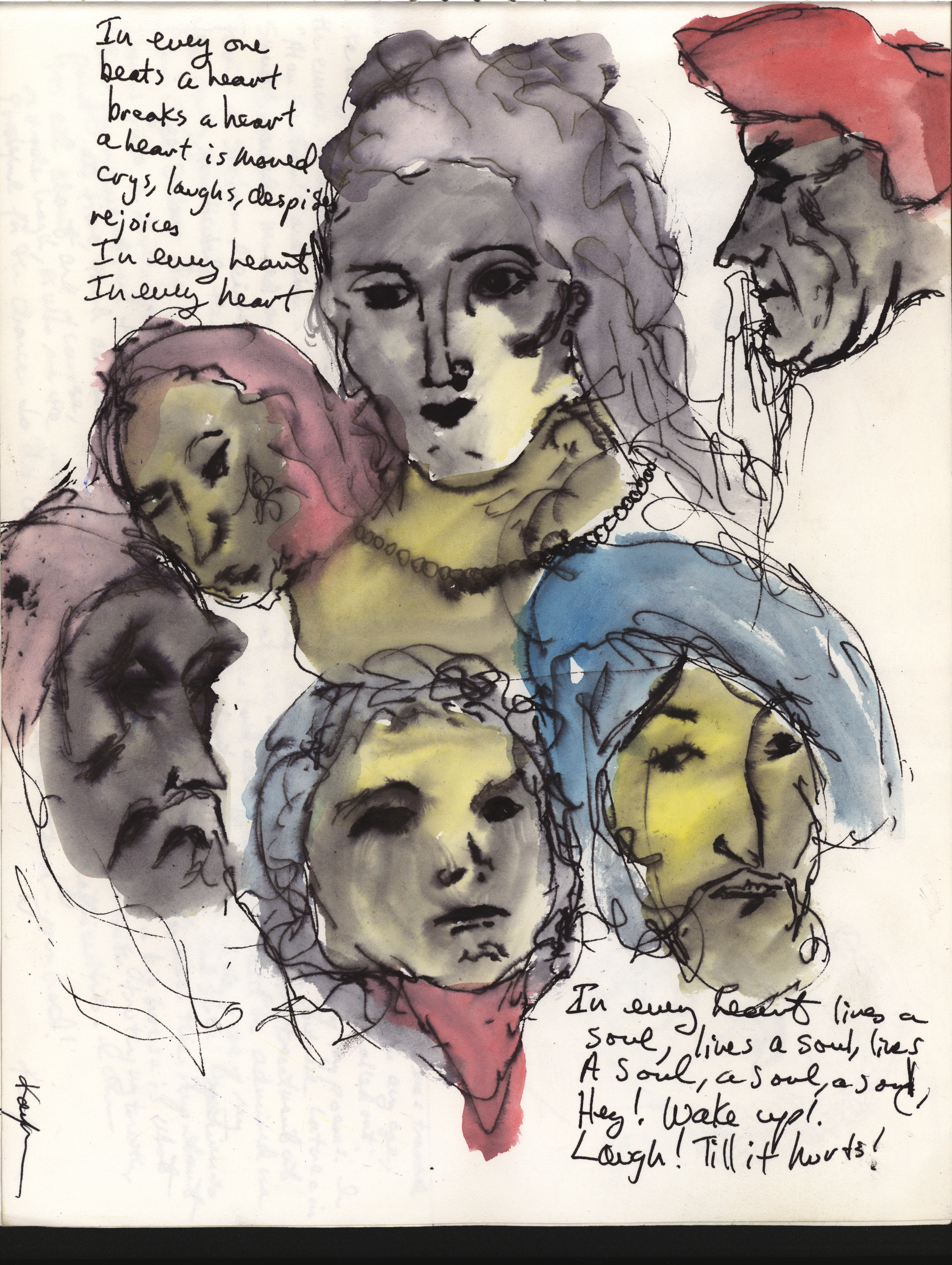 Kaufman, Alan, "In every one beats a heart" poem and sketch in pen and ink with watercolor, undated
View Metadata

Marie Jucht was ten years old when France fell to the Nazis.  The young girl, her parents, and her three brothers narrowly avoided arrest during the infamous Vel’ d’Hiv Roundup of French Jews that occurred on July 17, 1942, in Paris.  Nearly 13,000 men, women, and children were held at the Vélodrome d’Hiver, a bicycle track arena, before being deported to concentration camps.  Her family's harrowing experiences continued in France and northern Italy, hiding from the Nazis, the French State gendarmes, and the Italian Black Brigades.  After the war, the Jucht family immigrated to Venezuela and Marie eventually moved to New York, where she met and married Alan’s father.

In 1993, Alan Kaufman requested that his mother detail her survival account, which she did in thirty-three letters that she wrote before her final illness.  Of his mother's letters, Alan Kaufman wrote:

The narrator of the letters is a keen observer, unashamed of her uncertainty, frank about her despair, but also extraordinarily resolute in her desire to live, and her faith in human goodness: her belief despite all evidence to the contrary that good itself still exists. But she is unflinching in her observations of the cowardice, delusion and brutality raging all around her, and these, too, make the letters remarkable.