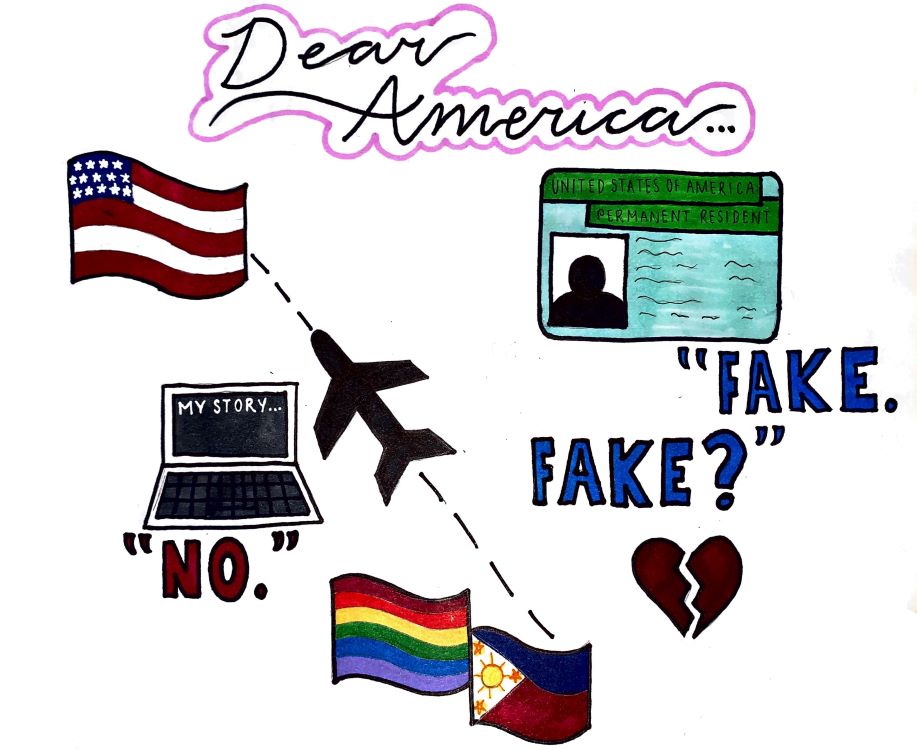 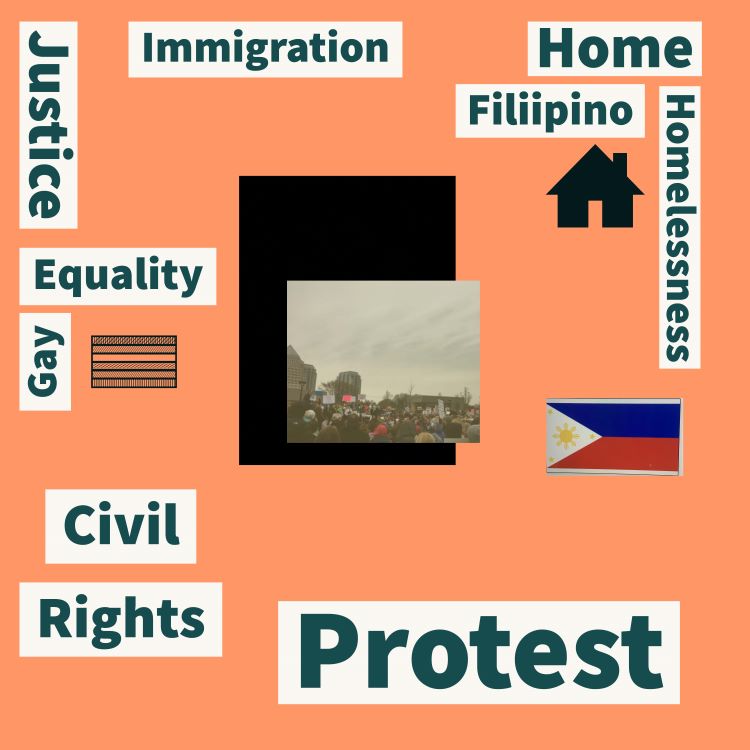 In their artwork, Olivia Downs and Samantha Baum outline themes from Dear America. Downs recognizes that the challenges Vargas faced "were significant to his development as a person and a citizen." Baum describes how she "linked discrimination and immigration issues together to connect how these events impact America currently and in the past," and also notes that "the small picture in the middle is from a protest and the words around it describe Jose Vargas and his experience." The questions Vargas raises about home, identity, belonging, and activism are reflected in students' artwork throughout this exhibition.

A poem by Elizabeth Folk explores the same theme:

This book is not about immigration.
It is about homelessness in your own home.
It is about being surrounded by others, but feeling completely alone.
This book is about having a large and loving family, but not feeling their warmth.
Instead feeling more connected to strangers. 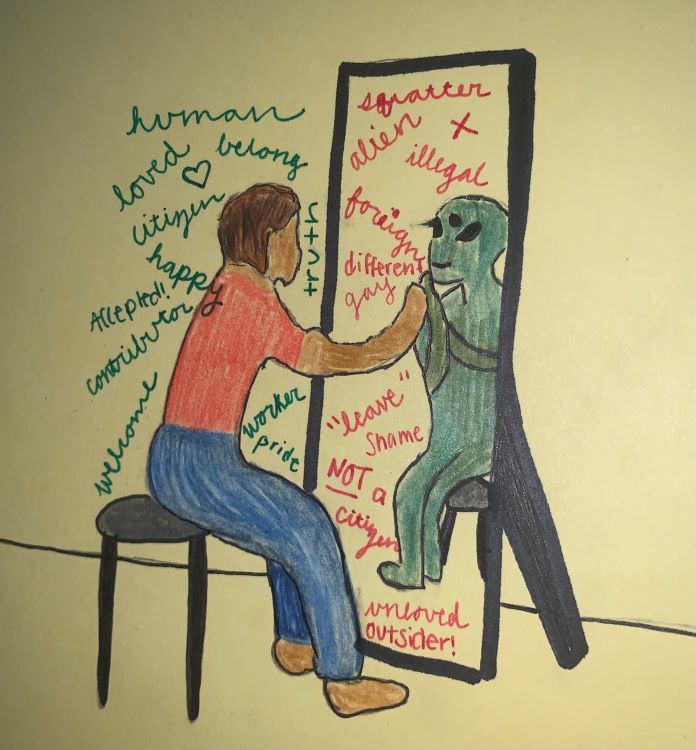 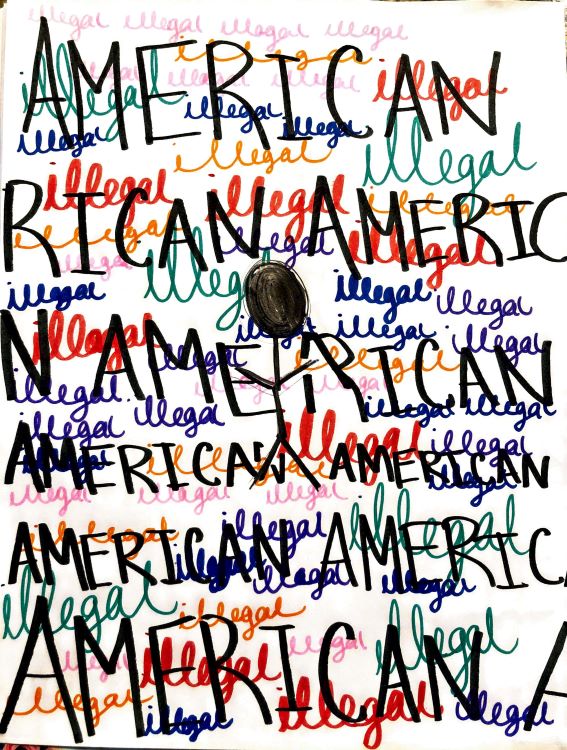 Jill Herron and Olivia delve into the conflicted sense of identity Vargas describes in his memoir. Herron explains her drawing of "a male immigrant, looking at himself in the mirror as an alien. This is to portray the harm caused to immigrants' view of self when people say they are "illegal aliens." Moreover, his true identity is surrounding him but he is unable to recognize it because of the overpowering negativity from people who don't know him." Similarly, Olivia describes her artwork as "a representation of the struggle undocumented immigrants go through when trying to define themselves." 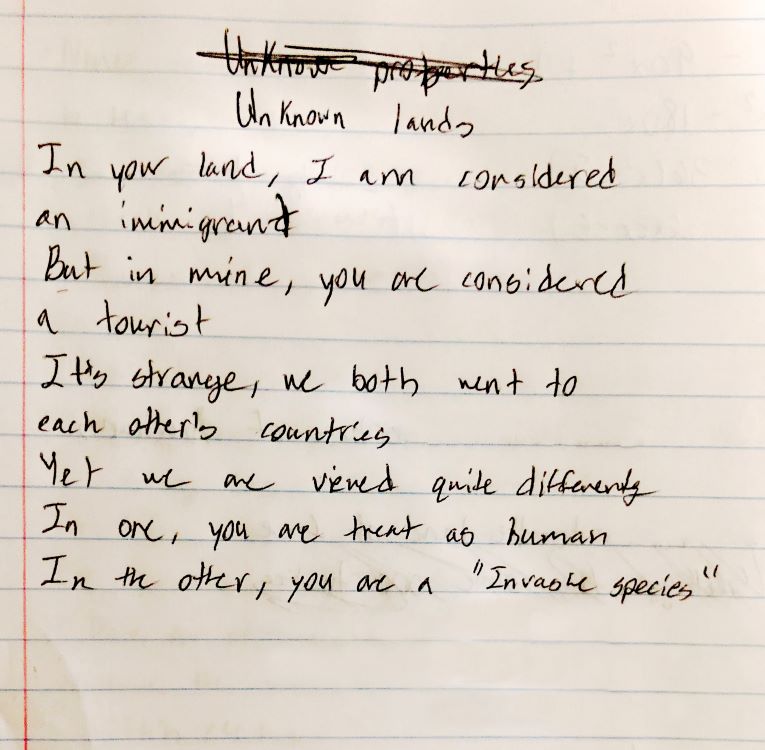 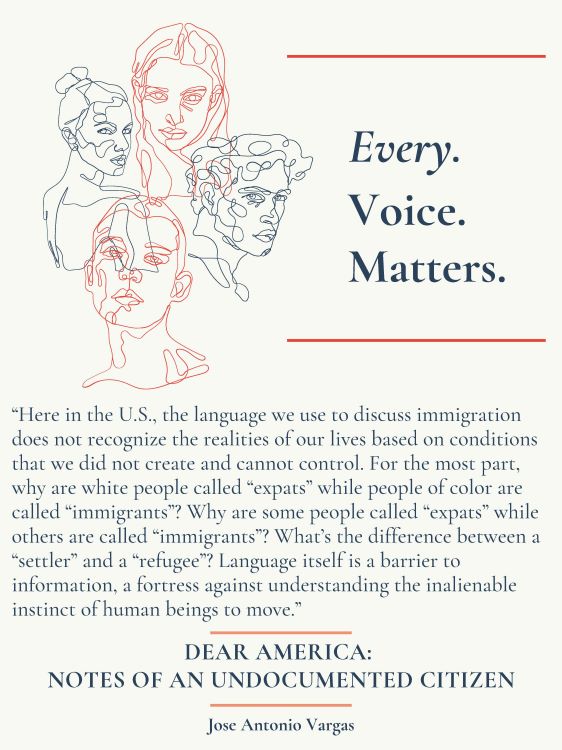 This poster by Jenna Stoudt and poem by Jay Patel address the ways that language is used to marginalize immigrants. Stoudt highlights a passage from Dear America that explores how terminology used to describe people moving between countries is racialized, with people of color called "immigrants" and white people called "expats." Patel makes a related observation about the barrier of language in his poem, "Unknown Lands."

In your land, I am considered
an immigrant
But in mine, you are considered
a tourist
It’s strange, we both went to
each other’s countries
Yet we are viewed quite differently
In one, you are treat as human
In the other, you are a "Invasive Species" 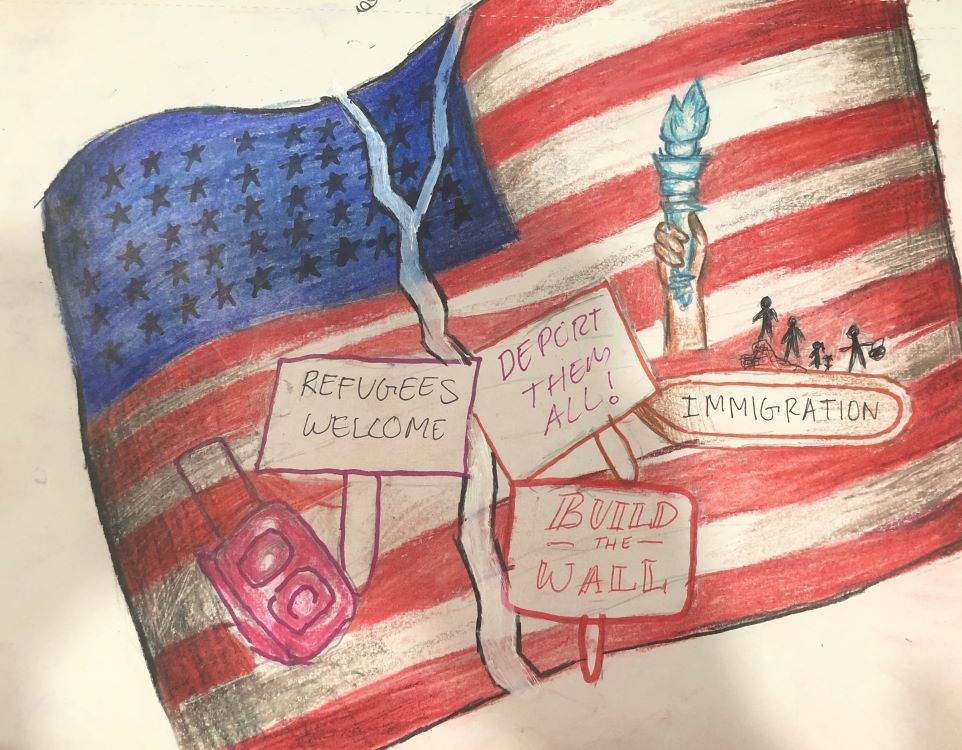 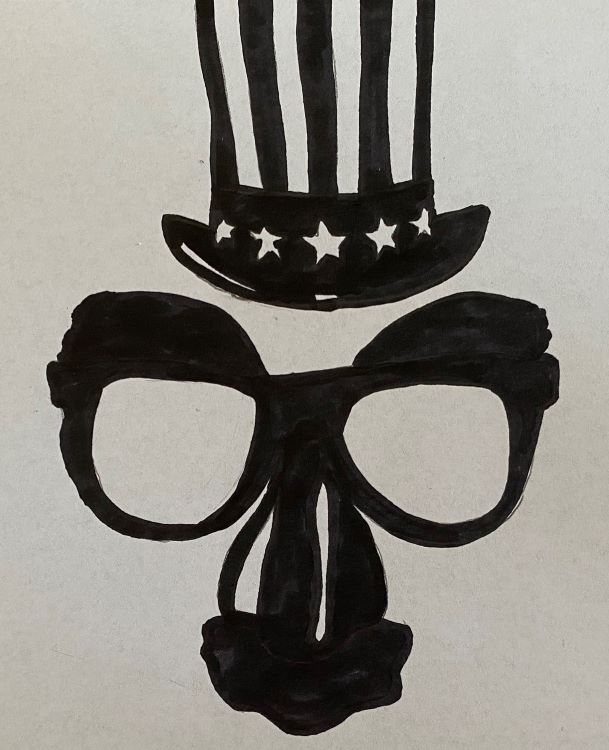