The Nurses of the Vietnam Conflict 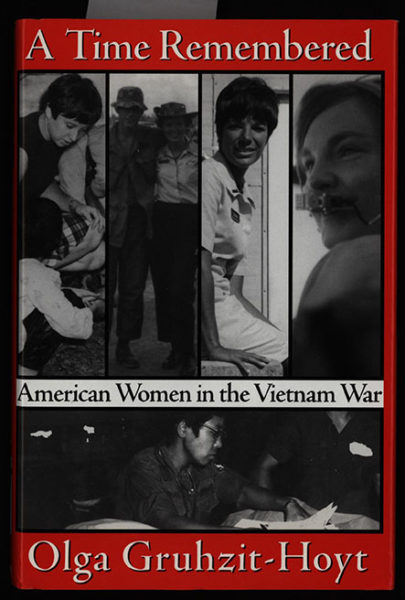 The motto of the medical corps was “Preserve the Fighting Strength.” The nurses’ duty was to return the wounded to health so they could be redeployed in battle. There was no ‘front’ in Vietnam.  Soldiers and nurses were vulnerable to attacks both in and out of camp. Nurses worked twelve hour shifts, six days a week, caring for the sick and the wounded. They dealt with mass casualties and tropical illnesses. Nurses were also called upon to care for Vietnamese civilians and enemy soldiers, which brought on conflicted feelings of guilt and fear for many.

Adjustment to civilian life proved difficult amidst anti-war protests and the reluctance of family to listen to their experiences.  Some suffered insomnia, uncontrolled recall, depression, and symptoms of PTSD.  Many of their narratives mention the ironic truth that the most fulfilling experience of their lives was predicated on the horror and anguish of war.

Walker, Keith. A Piece of My Heart: The Stories of 26 American Women Who Served in Vietnam. Novato, CA: Presidio Press, 1986. 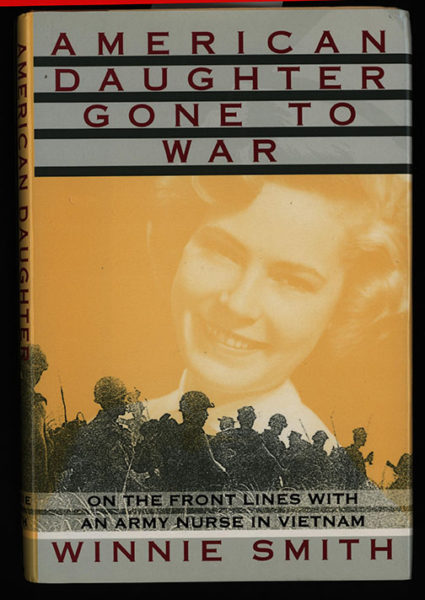 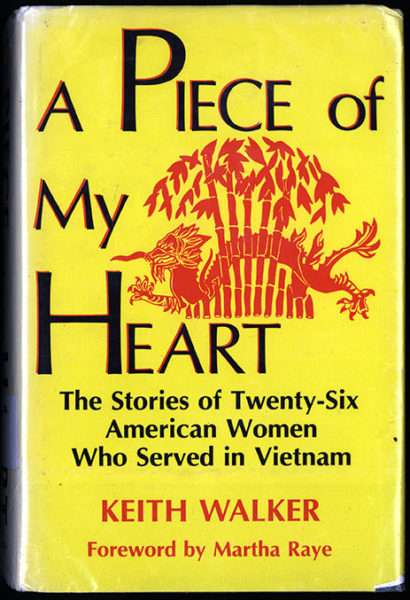 Walker, Keith. 1986. A Piece of my heart: the stories of 26 American women who served in Vietnam. Novato, CA: Presidio Press.
View Metadata

“They were giving us Benzedrine somewhere along the line to keep us awake, because we had to operate. I remember the anesthesiologist had a checklist, and he’d pop one in your mouth and then mark off that you’d had it…Somewhere around the third or fourth day, I remember going into the nurses’ dressing room to change my scrubs because they were so covered with blood. I got some water to pour on me because my clothes were stuck to me with blood…”

From A Piece of My Heart:  The Stories of 26 American Women Who Served in Vietnam.