The Nurses of the Civil War 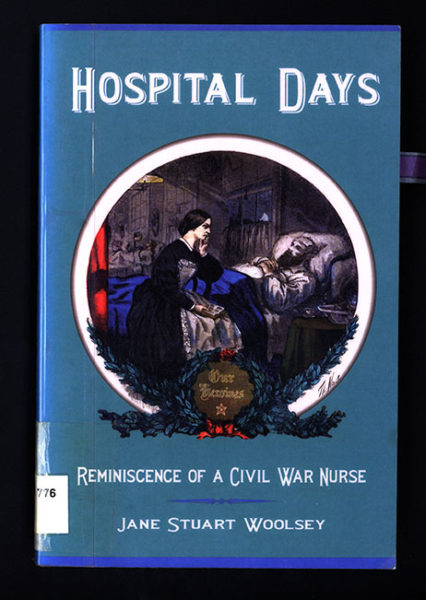 Nurse Jane Stuart Woolsey on writing to the families of departed soldiers:

“The letters to soldiers’ families were no common, formed statement of fact.  They must be framed with care and conscience.  They carried precious things; the note-book leaf, the hymn-card, the lock of hair, the plain gold ring; they carried the last look backward of the parting soul…”

Union nurses in the Civil War had no professional training, only practical experience, a sense of duty, and the desire to relieve suffering.  Dorothea Dix was placed in charge of recruiting Union nurses. She sought average looking women aged 30 to 45 of good health and character, who were able to cook, read, and write, who dressed modestly and were willing to submit to training and discipline. As the war progressed and the need for nurses increased, these requirements were relaxed. Nurses were paid forty cents a day, as well as rations and transportation when needed.  Hotels were commandeered by the Union army and transformed into hospitals that were underequipped and understaffed.  In such conditions, diseases such as typhoid, tuberculosis, smallpox, and dysentery spread rapidly.  Lice, rat infestations, lack of fresh air, and unsanitary conditions affected the nurses as well as the patients. Their writings speak of the drunkenness, brutality and negligence of doctors and the prejudice they harbored toward the nurses.  There was rampant corruption involving the theft of hospital supplies and food.  These women willingly left the comfort of their homes to brave a hostile workplace filled with illness, privation, and trauma. The common thread of their narratives, however, focuses not on themselves but on the bravery and suffering of their patients.

Edmonds, S E. E. Nurse and Spy in the Union Army: Comprising the Adventures and Experiences of a Woman in Hospitals, Camps, and Battlefields. Hartford, Conn: W.S. Williams, 1865. Internet resource.

Holland, Mary G. Our Army Nurses: Interesting Sketches, Addresses, and Photographs of Nearly One Hundred of the Noble Women Who Served in Hospitals and on Battlefields During Our Civil War. Boston, Mass: B. Wilkins & Co, 1895. Internet resource. 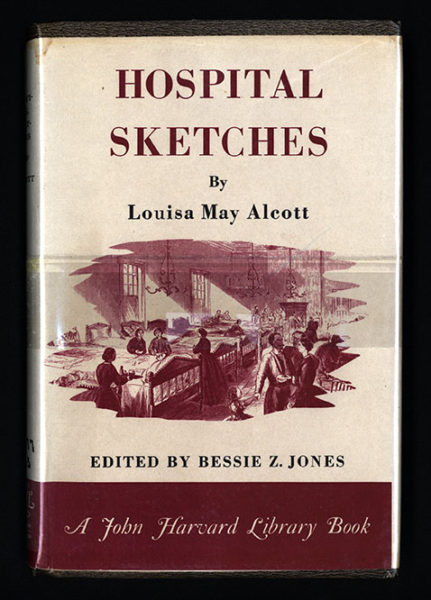 “The sight of several stretchers, each with its legless, armless, or desperately wounded occupant, entering my ward, admonished me that I was there to work, not to wonder or weep; so I corked up my feelings, and returned to the path of duty, which was rather “a hard road to travel” just then.” 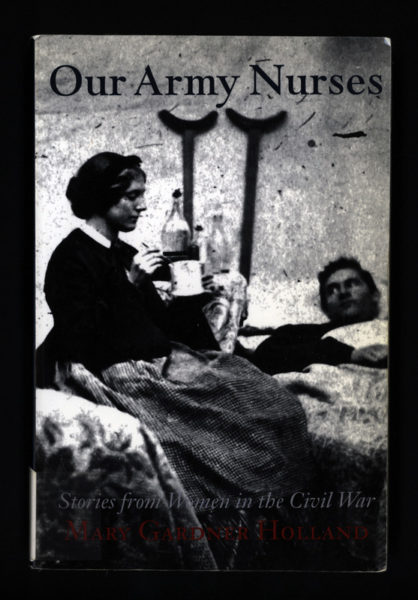 Holland, Mary Gardner. 1895. Our army nurses Interesting sketches, addresses, and photographs of nearly one hundred of the noble women who served in hospitals and on battlefields during our civil war. Boston, Mass: B. Wilkins & Co.
View Metadata
Previous
Online Exhibitions   »   American Battlefield Nurses   »   The Nurses of the Civil War