Previous
Online Exhibitions   »   "A Story to Tell": The Life of Pauline Young   »   Letters to the editor

Letters to the editor

Although Pauline Young was a lifelong member of the NAACP, she did not limit her activism to committees and organized campaigns. If she encountered injustice, she did not hesitate to challenge it on her own terms, and one of her favorite methods of doing so was by writing letters. Young’s letters to the editor were a fixture of local newspapers for decades, with Young offering her opinions on local and national events, challenging other articles, or drawing attention to news that she felt had been overlooked by reporters. 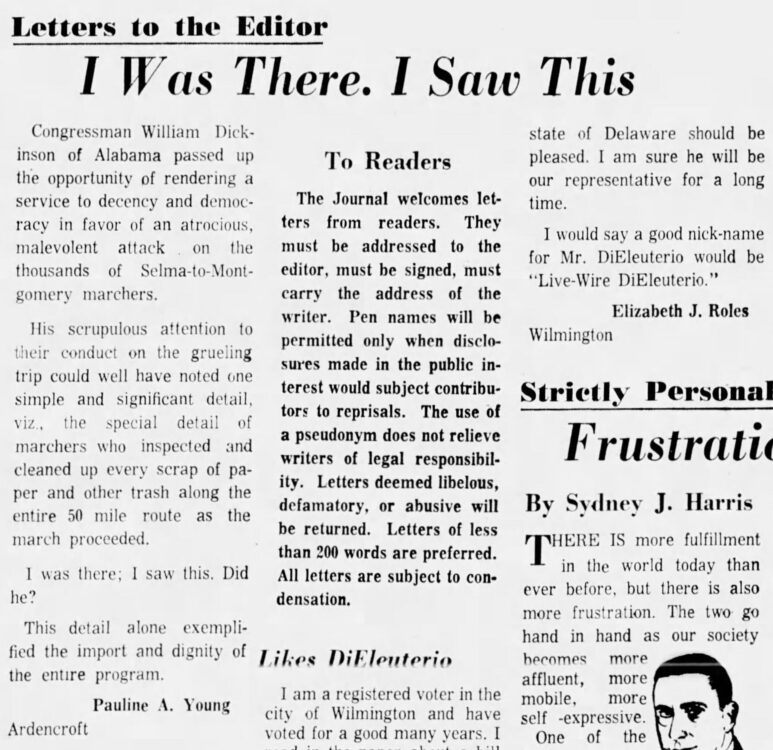 Young consistently drew on the power of history to make her point. Sometimes this was history she had read about. She would list the accomplishments of Black Americans over the centuries in order to point out the hypocrisy of treating them as second-class citizens. At other times it was personal history, drawing on her deep roots in Wilmington as well as her national and international travels. She challenged disparaging remarks about the Black community in Wilmington or civil rights activists with anecdotes about individuals she knew personally and their dedication to the community or the cause. After the 1960s, ongoing issues of police violence and dismissal of civil liberties were examined alongside memories of segregation and racialized power structures as Young continued to point out the wide range of injustices that still permeated American society. 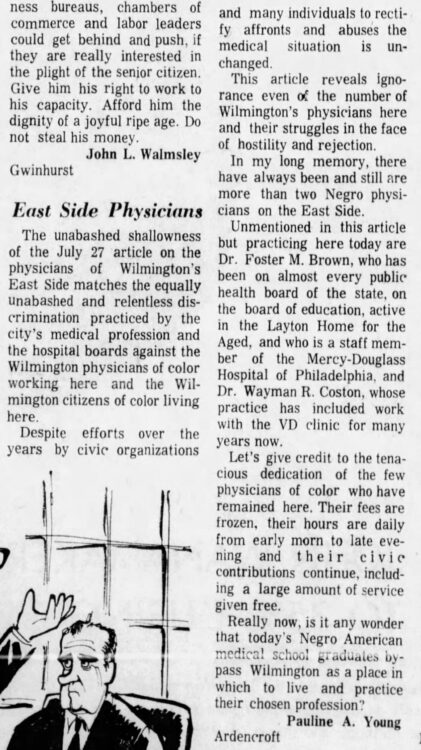 Young, Pauline A. Letter to the editor, (Wilmington) Evening Journal, 7 August 1972. Newspapers.com.
View Metadata
Previous
Online Exhibitions   »   "A Story to Tell": The Life of Pauline Young   »   Letters to the editor