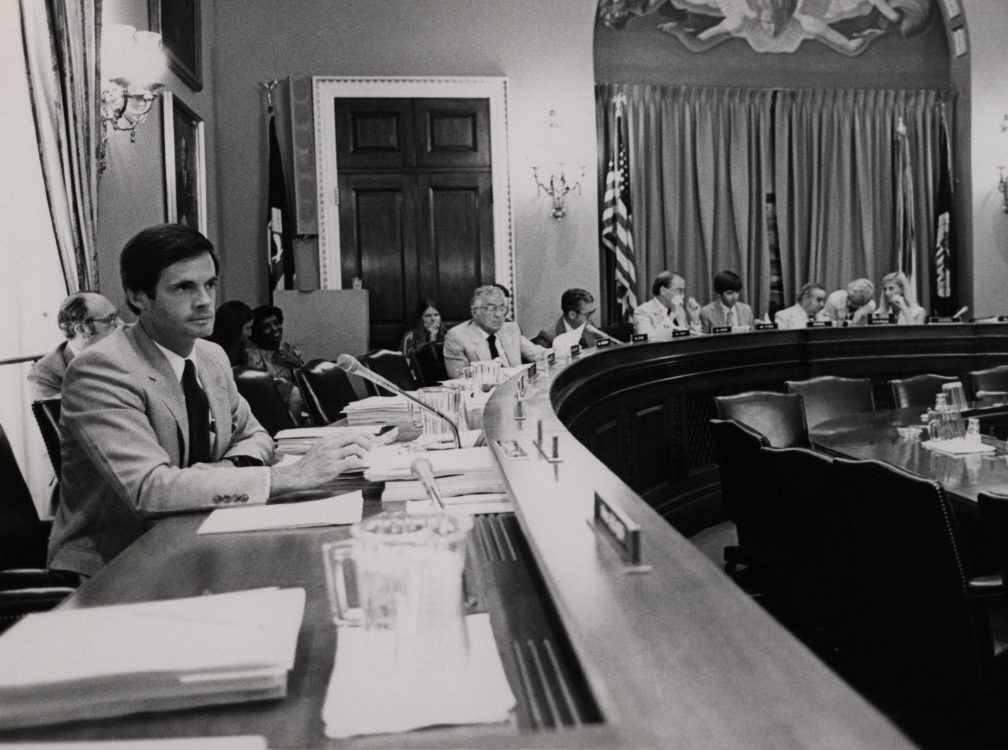 Thomas Richard ("Tom") Carper was born on January 23, 1947, in Beckley, West Virginia. After growing up in Danville, Virginia, Carper attended Ohio State University on a Naval ROTC scholarship and was graduated in 1968 with a bachelor of arts in economics. After graduation, Carper served three tours of duty in Southeast Asia as a flight officer in the U.S. Navy, 1968-1973. After his return from Southeast Asia in 1973, Carper attended the University of Delaware and received a master's degree of business administration in 1975. He worked as an industrial development specialist for the Delaware Division of Economic Development from 1975-1976 and taught undergraduate classes in business administration.

Carper first became involved in Delaware politics as treasurer for the James R. Soles for Congress campaign in 1974. In 1976, he ran for state treasurer on the Democratic ticket and was elected. He won re-election to the office in 1978 and 1980. In 1982, Carper ran for Congress and defeated Republican incumbent Thomas B. Evans, Jr., becoming the first Democrat in sixteen years to hold Delaware's lone seat in the U.S. House of Representatives. While in the House of Representatives, Carper served on the House Banking, Finance and Urban Affairs Committee and the Merchant Marine and Fisheries Committee.

He retained this seat until 1992 when he was elected governor of the state of Delaware. After two terms as governor, Mr. Carper was elected to the United States Senate in 2000, where he continues to serve as of March 2017.