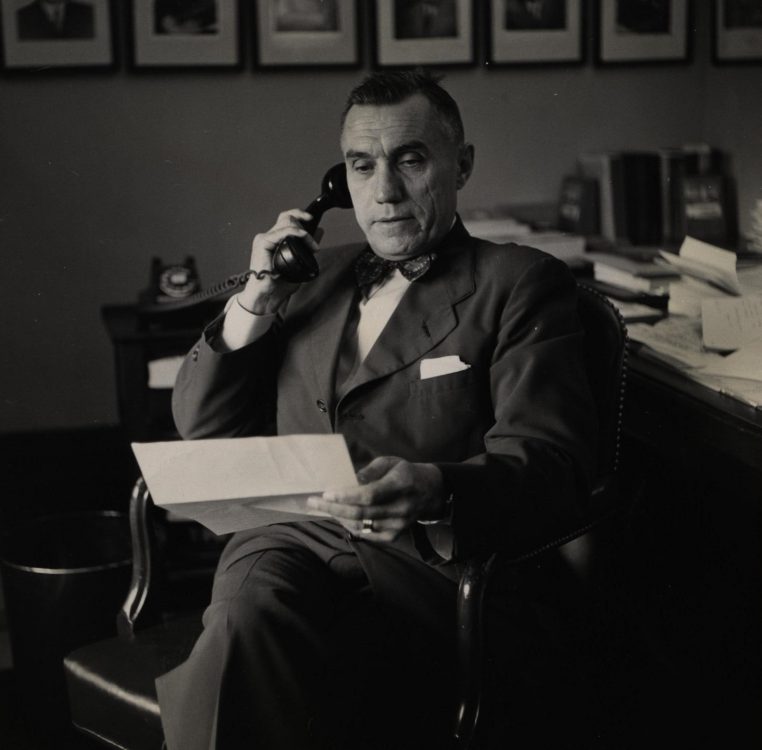 Joseph Allen Frear, Jr. was born on March 7, 1903 in Kent County, Delaware, to parents Joseph Allen and Clara Frear. He attended the University of Delaware and graduated in 1924 with a BS in Agricultural Sciences. Frear always had a strong interest in banking and Finance, and served on the board of directors for numerous banks in the Delmarva region. In World War II, Frear enlisted in the Allied Military Government field, a branch of the US Army, and was present at the D-Day invasion.

In 1948, Frear chose to pursue a new career in politics and, in spite of having no direct political experience, he defeated incumbent Republican Senator C. Douglass Buck in the 1948 election.  During his two terms in the Senate, Senator Frear worked diligently to aid both farmers and blue collar workers, as well as major industrial and military interests in the state. Senator Frear’s committee assignments reflected his interests in finance, banking and fiscal responsibility, serving on the Committee on Banking and Currency; the Committee on the District of Columbia; the Committee on Finance; the Joint Committee on Defense Production; and the Joint Committee on Internal Revenue Taxation. After losing his 1960 reelection campaign to then-Representative J. Caleb Boggs, Frear was appointed to the Securities and Exchange Commission by President John F. Kennedy, where he served for three years before returning to Dover to pursue his interests in banking and finance.