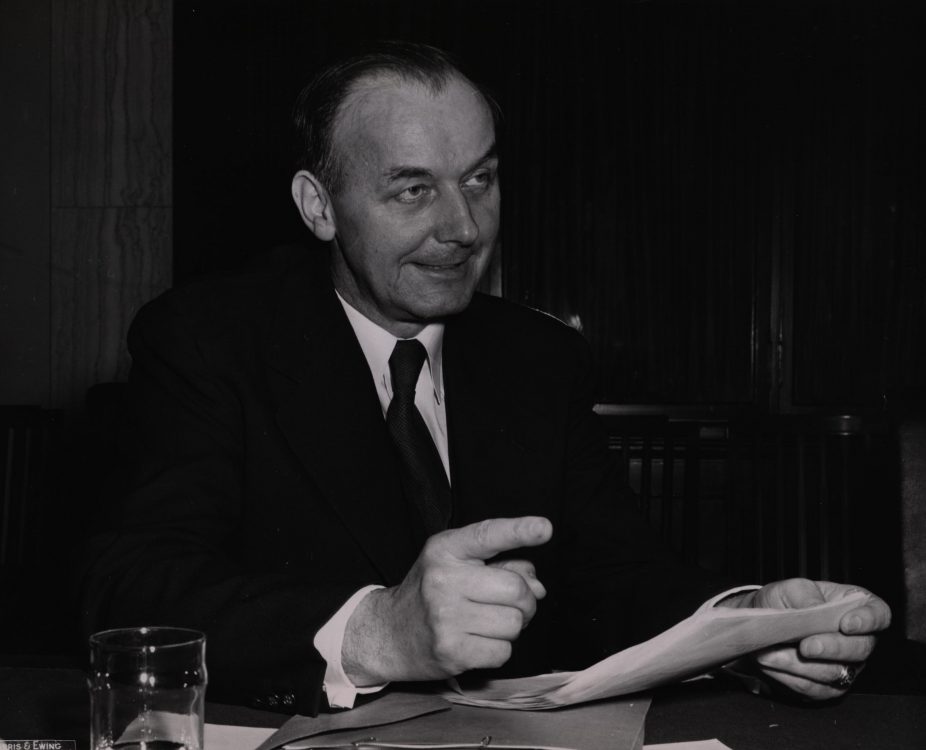 John James Williams was born in Bayard, Delaware on May 17, 1904, the ninth of eleven children in a farming family. He attended Frankford High School and settled in nearby Millsboro where he married Elsie Steele in 1924. He served fourteen years on the Millsboro Town Council before, in 1946, Williams decided to run for the United States Senate against popular Democratic Senator James M. Tunnell. To everyone’s surprise, Williams won the 1946 election with an 11,713-vote margin.