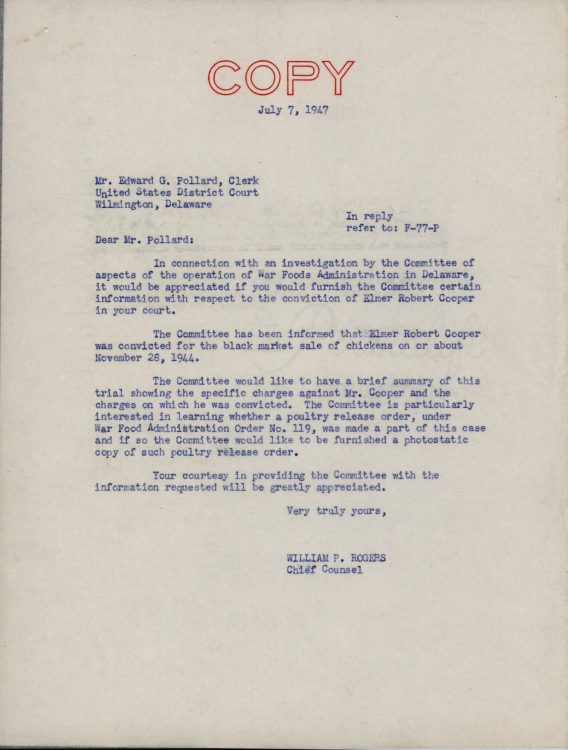 Issues of great importance to senators are not restricted to a single committee. In his first term, Senator Williams served as a member of the Senate Special Committee Investigating the National Defense Program. The Truman Committee, as it was better known as, was established at the behest of then-Senator Harry S. Truman in 1941 to better understand and oversee procurement, manufacturing and construction of “articles and facilities needed for national defense,” especially the awarding of defense contracts. Between 1941 and 1948, the committee held over 400 hearings and issued 51 reports on production, defense contracting and reconversion to peace-time manufacturing. After the war, the committee worked to make recommendations to improve future national defense programs. [1]

In 1947, the Committee began an investigation into the War Foods Administration in Delaware. Part of this investigation touched on the case of Elmer Robert Cooper, a Delawarean who was convicted for the black market sale of chickens in November of 1944.