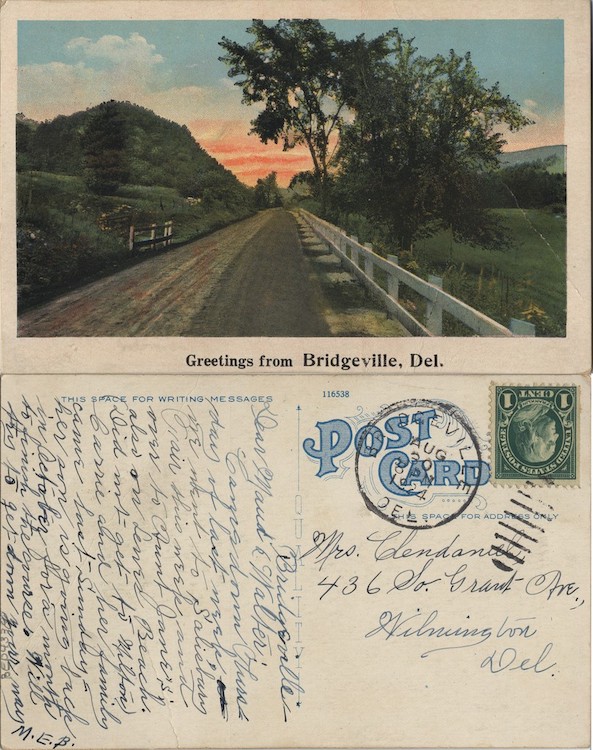 Most postcards from this period are distinguished by a white border, which became common for American postcards during this time. The border not only allowed printers to save ink by not printing to the edge of the card, but it also allowed for a margin of error in the process of cutting individual postcards from larger sheets, making the production process cheaper and quicker. As a result of World War One, American printers overtook German printers as the dominant postcard suppliers in the United States, and the quality of postcards fell. These events were followed by a decrease in public interest in postcards—a continued decline from the end of the previous period. 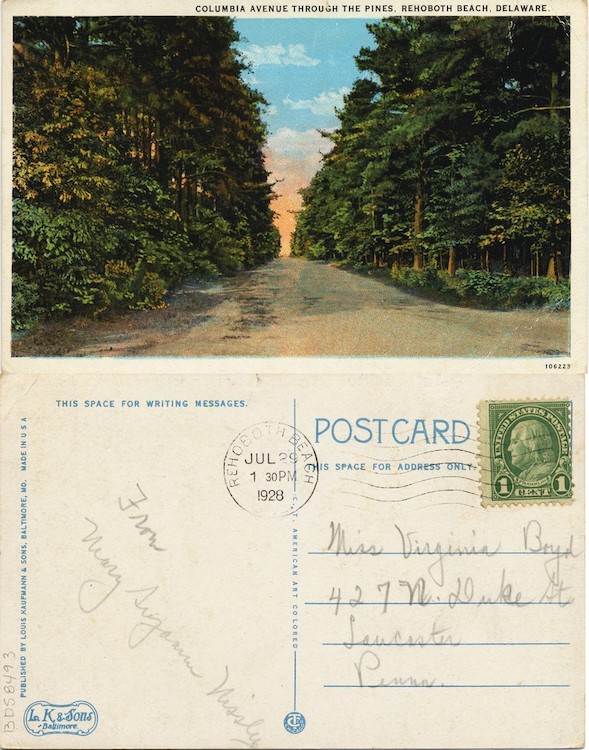 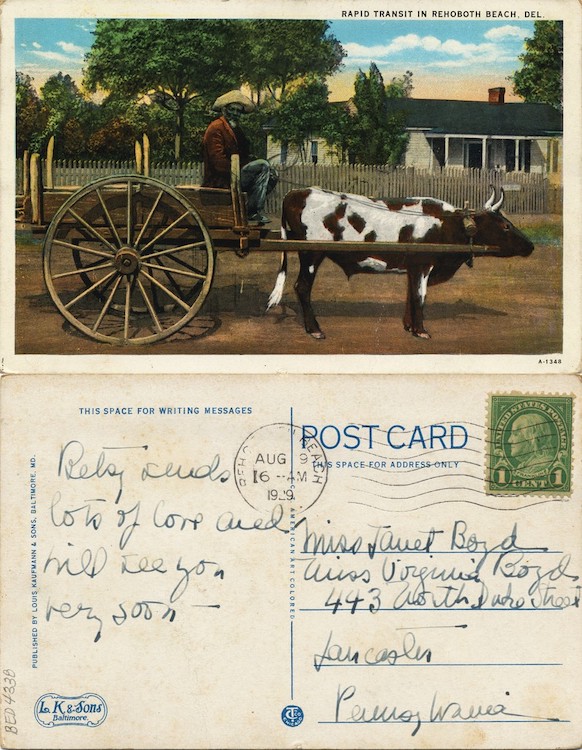 These postcards exemplify both the white border and typical colors for this period. They were published by Louis Kaufmann & Sons, a publisher located in Baltimore, Maryland, that specialized in regional view-cards with scenes from Pennsylvania to Virginia. Kaufmann & Sons contracted out many of their images, including the ones seen here, to the Chicago-based publisher and printer Curt Teich Co., an early pioneer of the offset printing process that helped to popularize white border cards as a postcard type. 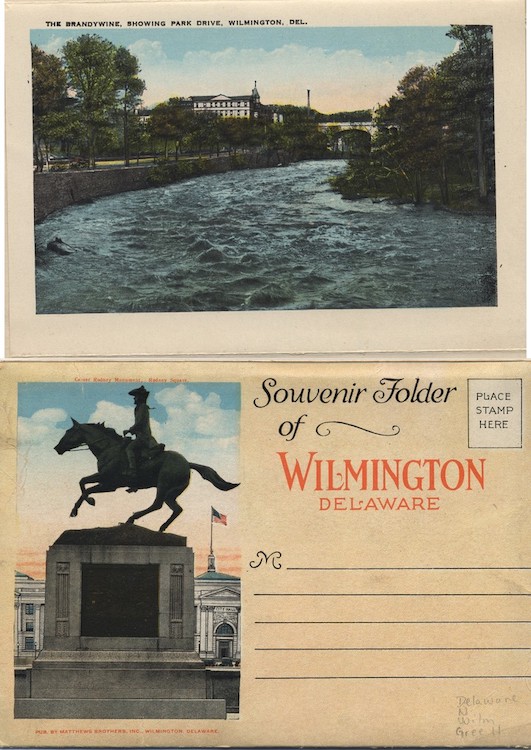 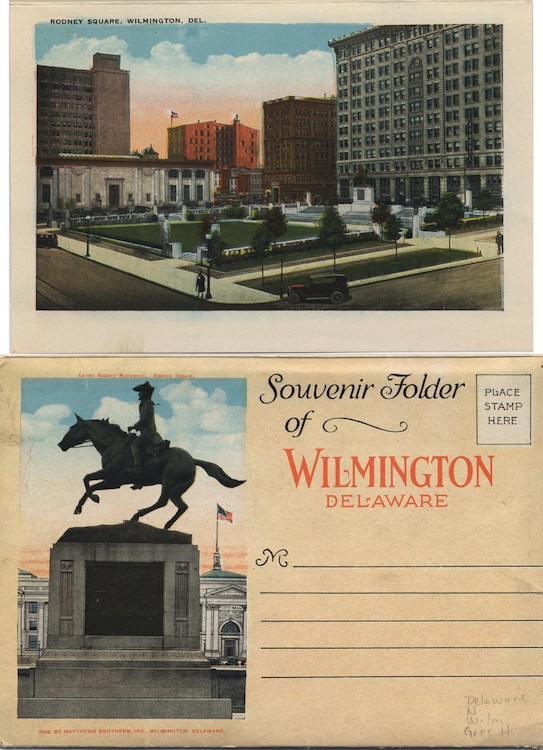 These are just two of several postcards published by Matthews Brothers, Inc., which was probably a stationery and office supply store located in Wilmington, Delaware. The postcards show different views and iconic buildings in Wilmington, including the Brandywine River and Rodney Square, seen here, Rockford Water Tower, the Wilmington Public Library, and the entrance to the zoo. They were held within the "Souvenir Folder" that is shown below each postcard. 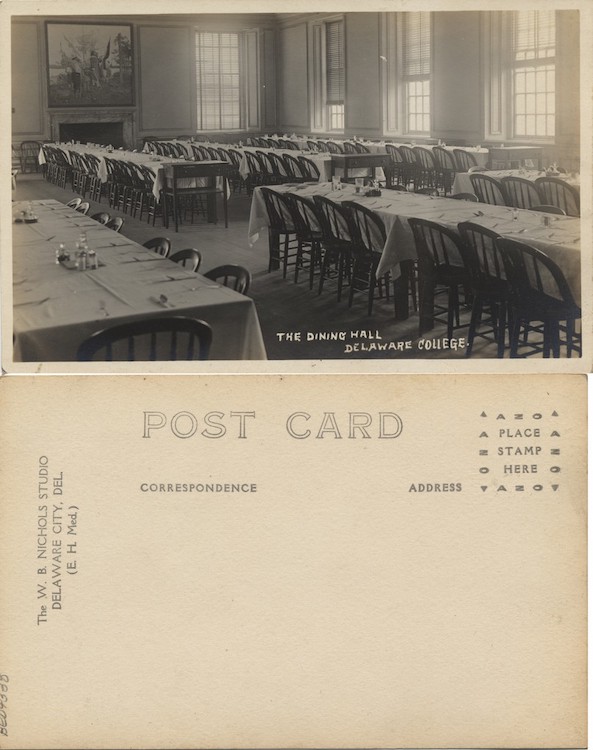 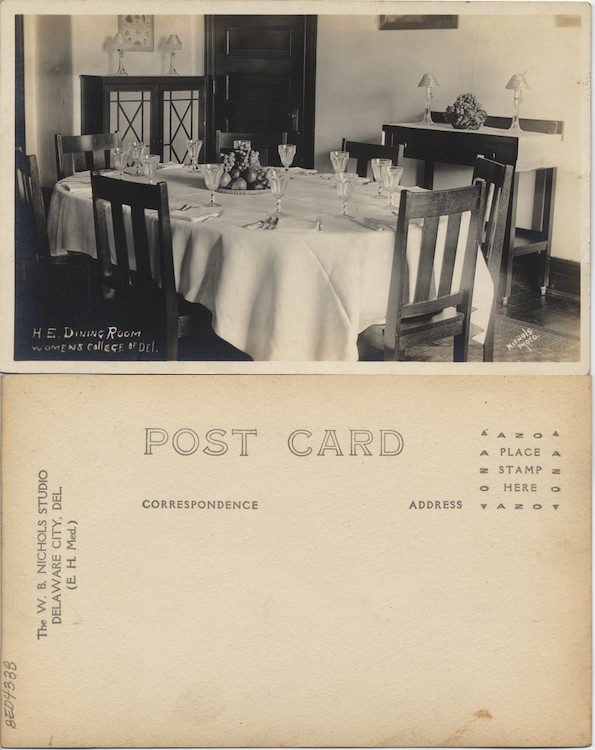 These real photo postcards were published by the W.B. Nichols Studio in Delaware City, Delaware, a major producer of this type of postcard. The Women's College of Delaware had recently opened in 1914, separate from the all-male Delaware College. In 1921, the two colleges would join to become the University of Delaware. 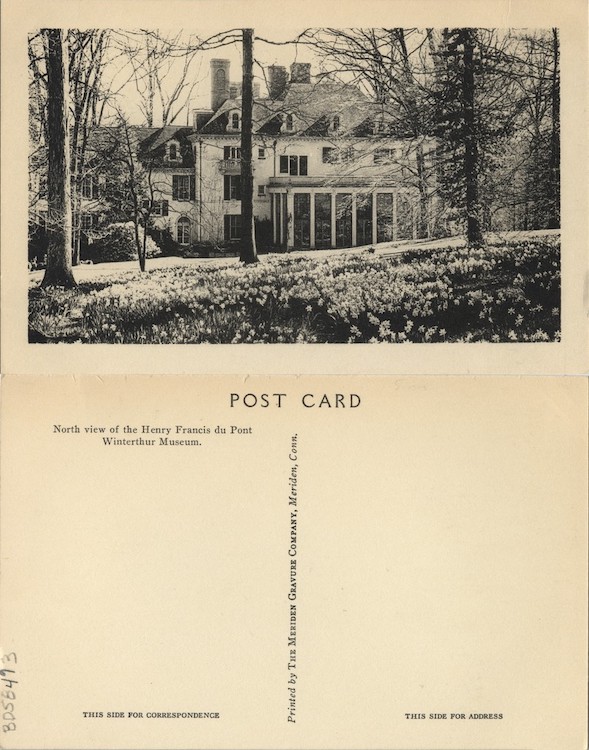 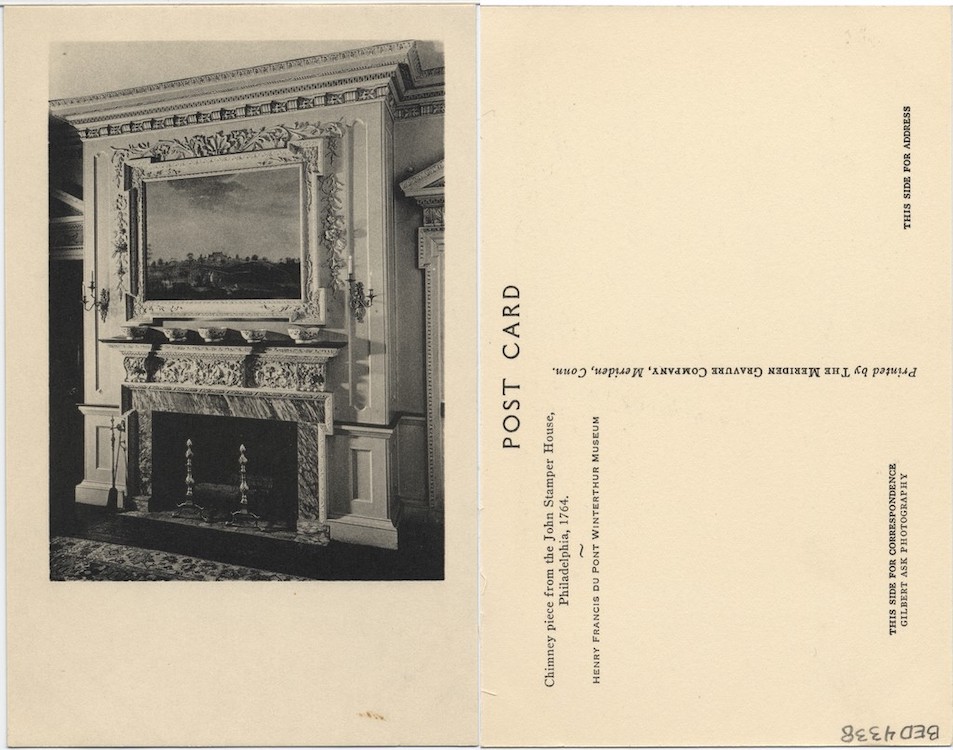 While these postcards appear similar to real photo postcards, they were made using the collotype process, meaning that they are reproductions of photographs printed in ink. Both of these postcards were printed by Meriden Gravure Co., a printer in Meriden, Connecticut, that was known for printing art books and collotype view-cards. The photograph for the postcard on the right was provided by Gilbert Ask, who often photographed the Winterthur Museum and Gardens. 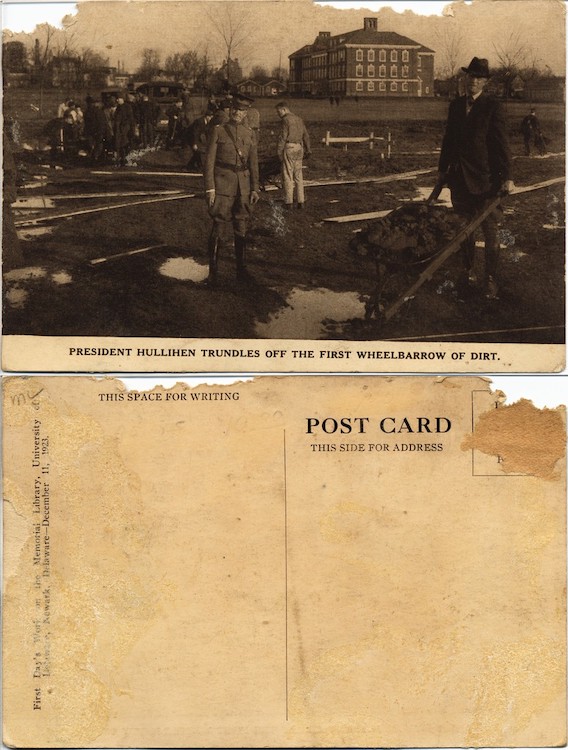 This postcard commemorates the first day's work on Memorial Hall, originally known as Memorial Library, on December 11, 1923. In the image, University President Walter Hullihen poses with the first wheelbarrow of dirt. The building was dedicated as a memorial to the Delawareans who served and died in World War One and is listed on the National Register of Historic Places. It originally served as the dividing point between the men's and women's areas of the university.