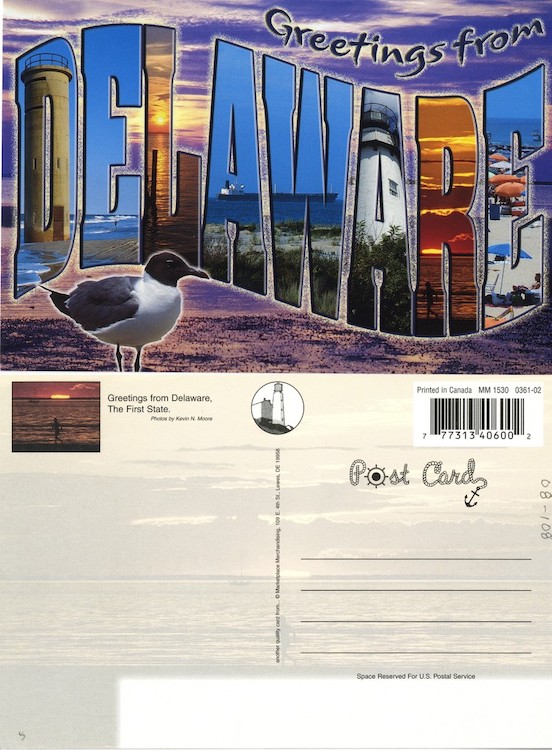 By the 1990s, the digital revolution largely eliminated the need for postcards. As email became more popular, it replaced handwritten cards and postcards as a means of correspondence, and texting became a much quicker, more convenient way to stay in touch with people. At the same time, digital technology made printing cheaper and easier, so postcards could be produced in smaller numbers, often for souvenirs and promotions. In many ways, postcards today have many similarities to those at the beginning of the twentieth century, showcasing popular local attractions, historical sites, travel destinations, and individuals. 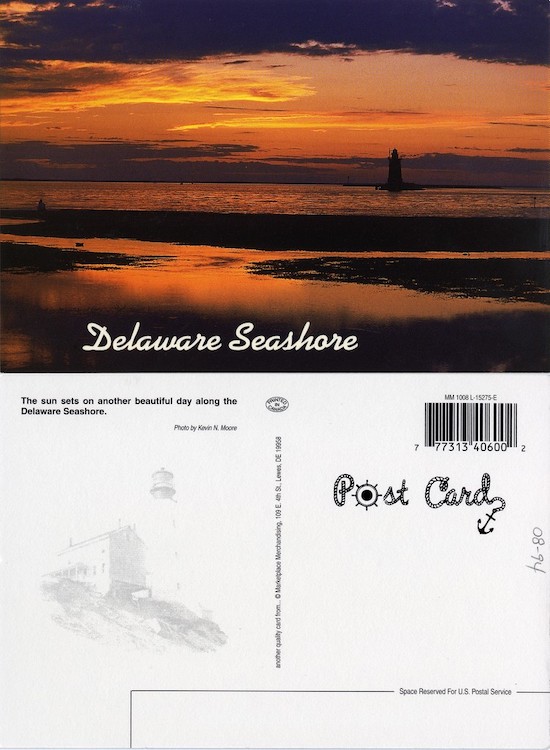 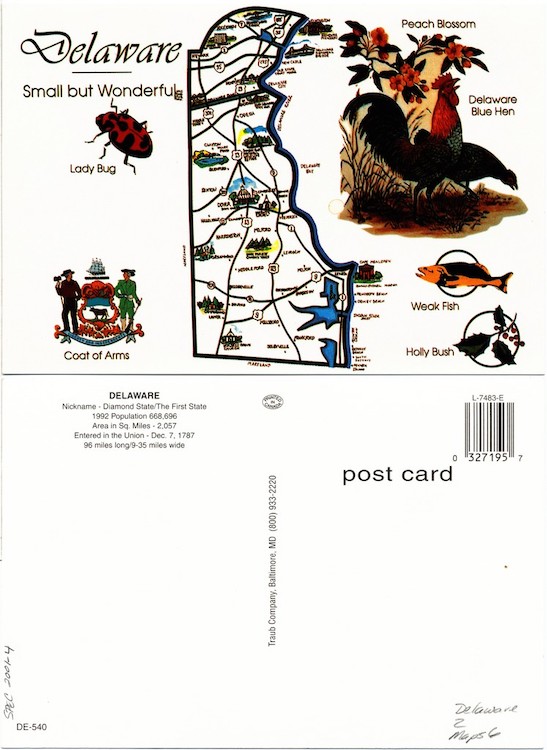 These generic images of the Delaware seashore at sunset and the state of Delaware are typical of the view and souvenir postcards that are often available today. 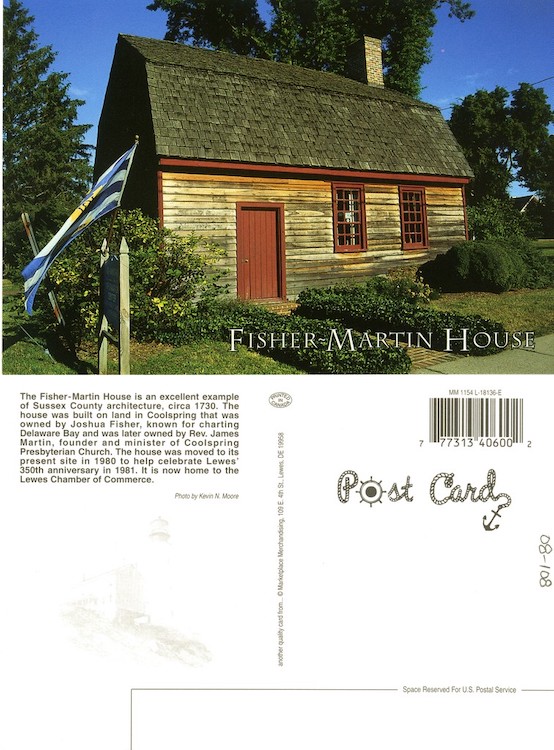 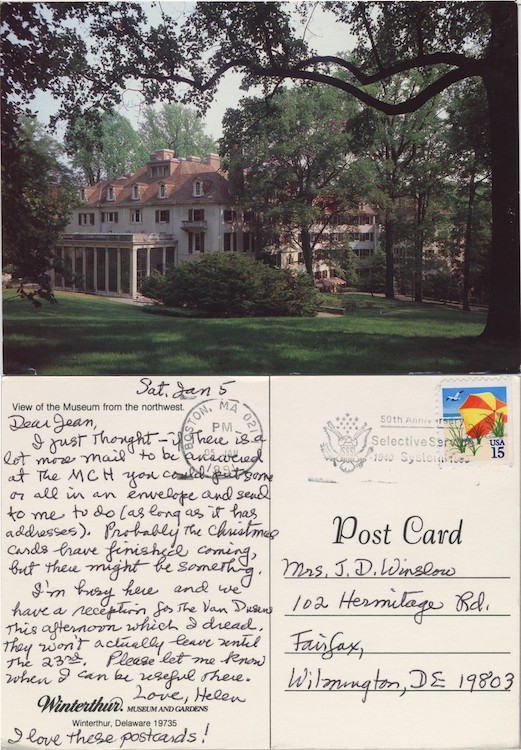 These postcards are examples of souvenir postcards made for specific tourist attractions and sites. They often include information about the location on the back, as seen on the Fisher-Martin House postcard. 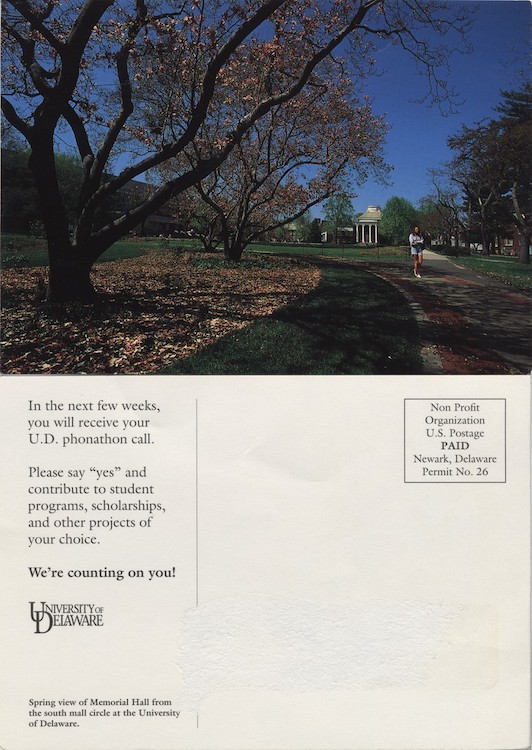 The term "phonathon" became popularized in the late 1990s and these fundraising phone calls are likely familiar to most university students and alumni. Here, the University of Delaware used a postcard to alert members of the university community that a phonathon call was imminent. 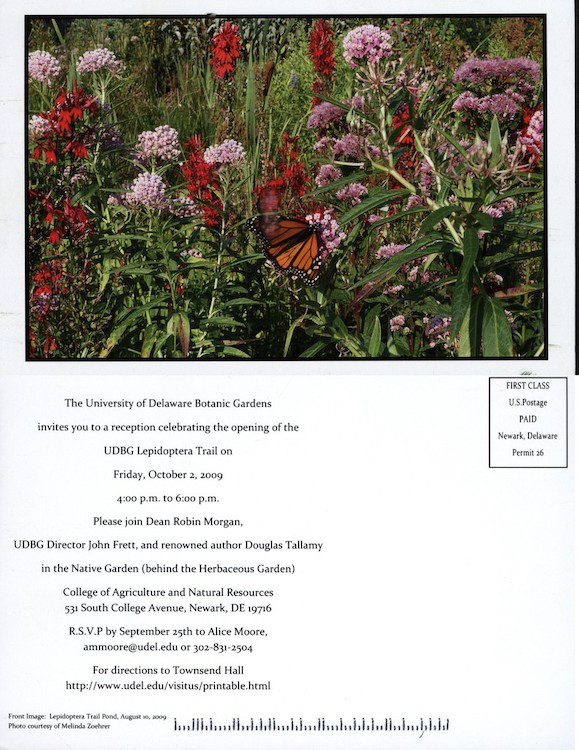 This postcard, one of the most recent in the collection, not only exemplifies the ongoing use of postcards as advertisements for events, but also demonstrates how much has changed since the earliest postcards. It includes both a pre-printed message and individually printed address on the back, a mailing permit imprint in place of a stamp, and a web address for directions.