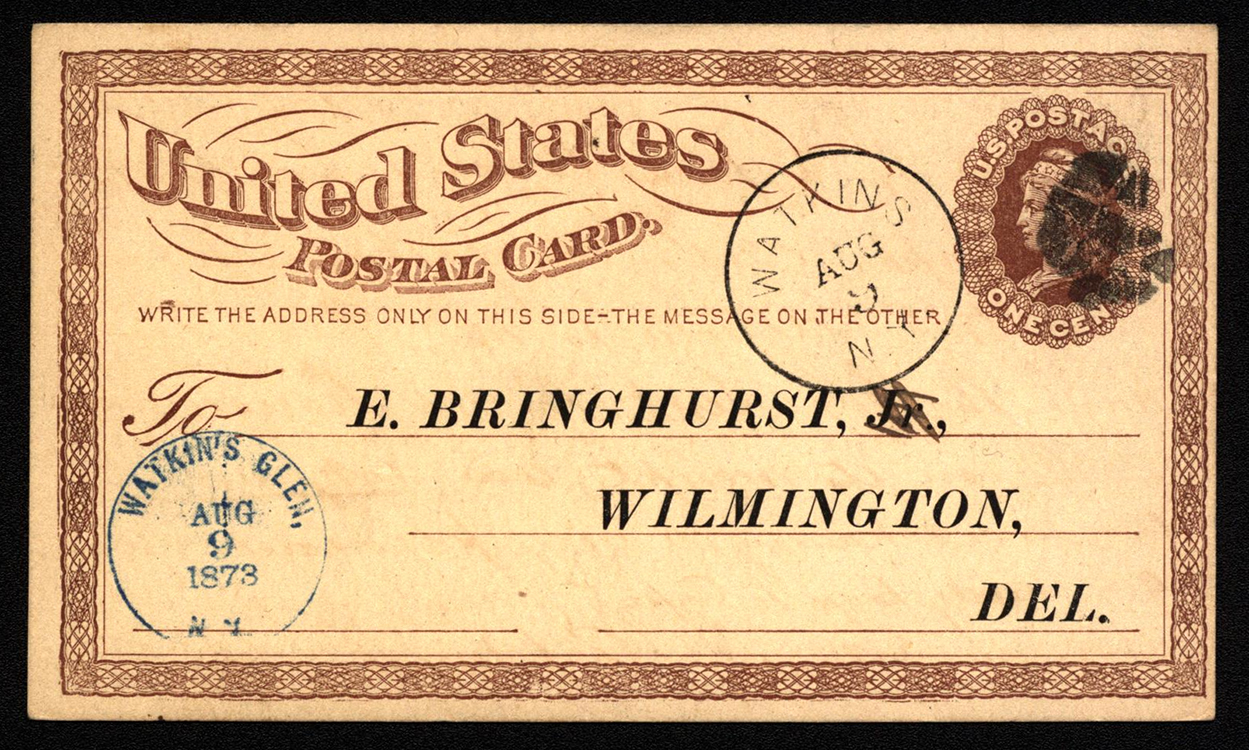 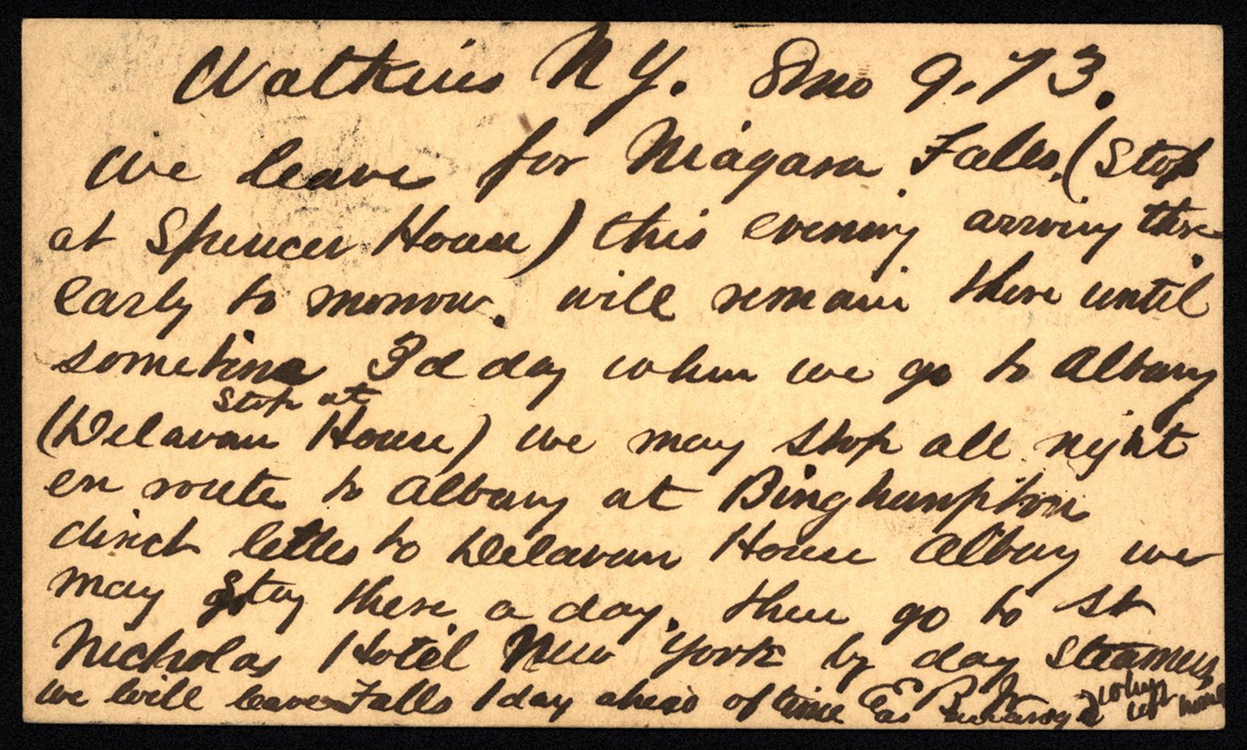 Postcards are part of a long history of mailed cards that began in the mid-nineteenth century, after the United States issued its first postage stamp in 1847. The period from 1848 through 1870 is often referred to as the “pre-postcard period,” when both individuals and foreign governments began producing postal cards. Following Europe and Canada’s lead, the United States government issued its first official postal card in May of 1873. Called postal cards rather than postcards, these cards were produced by the government and carried preprinted one-cent postage. The side with postage would include the recipient’s address, while the other side carried the writer’s message. By law, only government-issued cards could use the words Postal Card, and privately printed postcards were twice as expensive to mail, making them much less popular.

Here, we see examples of the fronts and backs of two postal cards from 1873, with the preprinted postage in the top right corners of each address side. 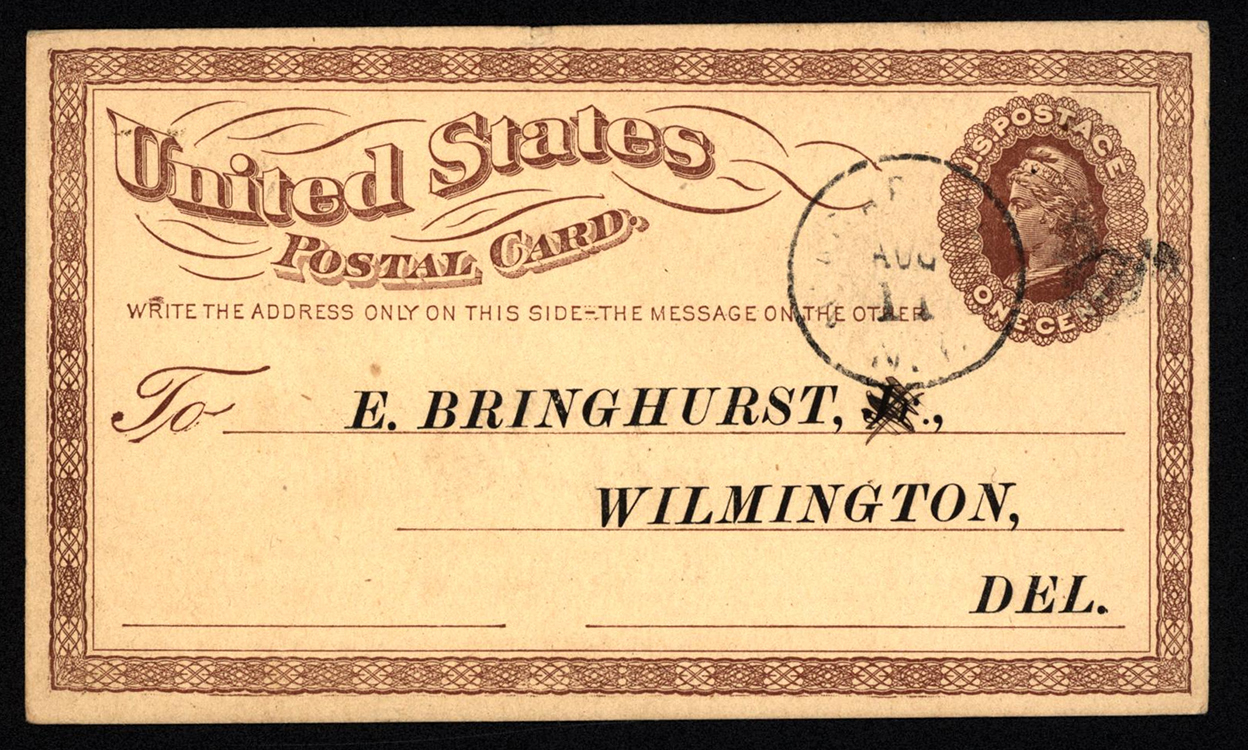 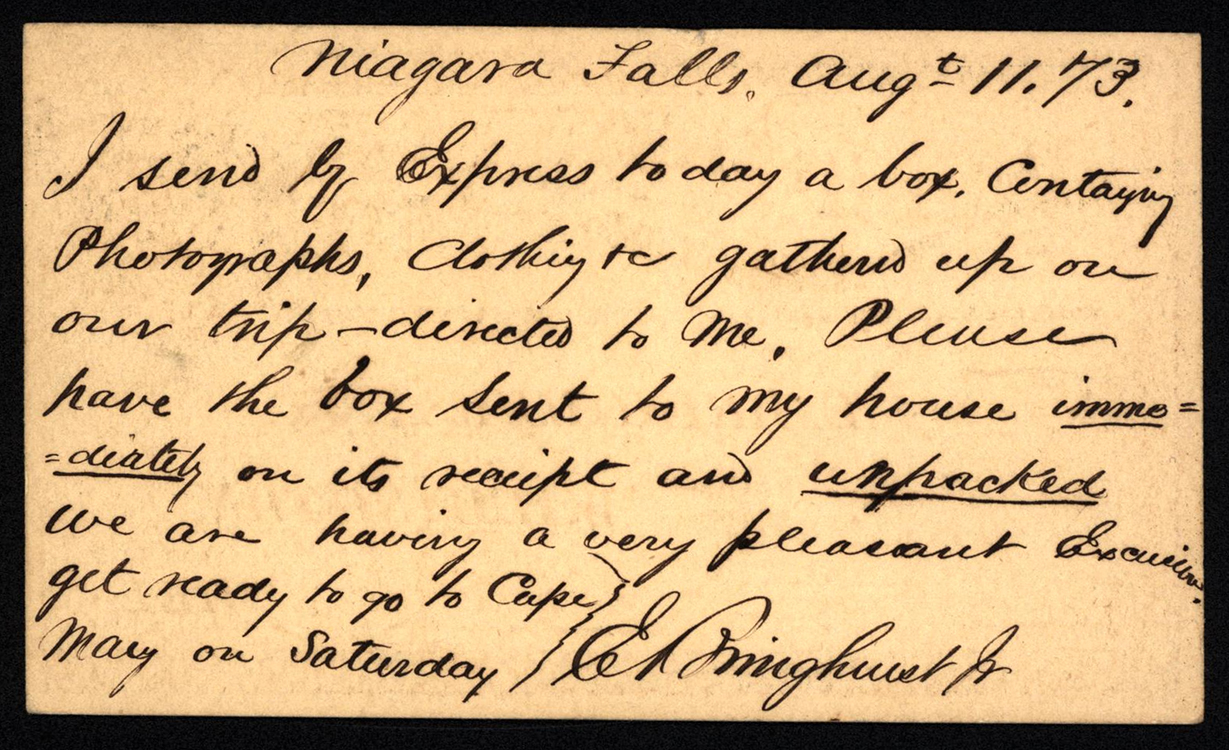