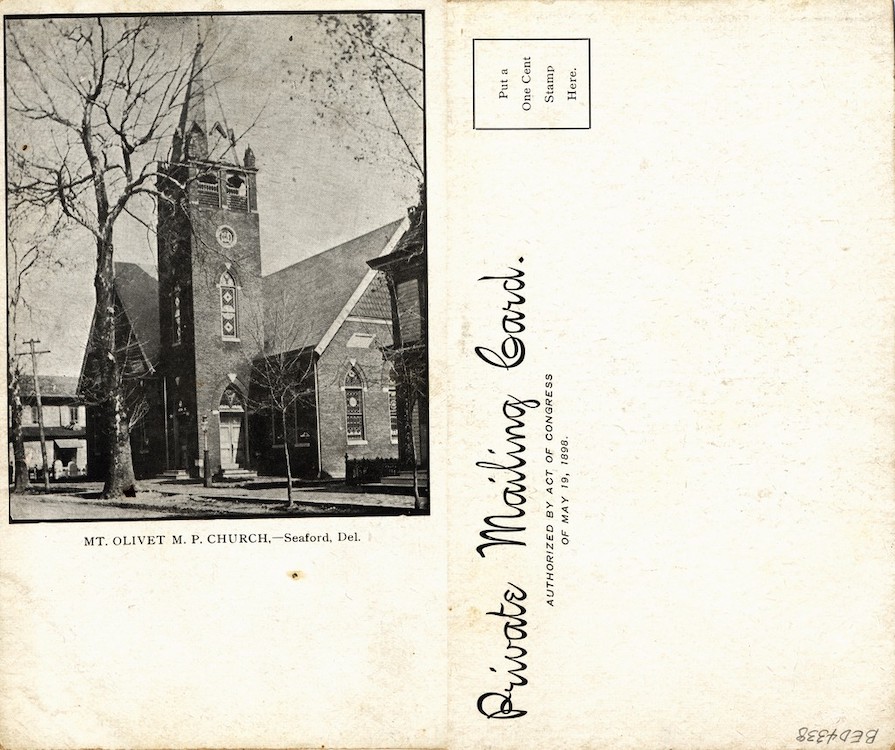 In 1898, Congress passed an act that allowed private printing companies to produce postcards bearing the statement: “Private Mailing Card, Authorized by Act of Congress of May 19, 1898.” A few months later, the price of mailing privately printed postcards was dropped to one cent, so it was no longer more expensive to mail privately-printed postcards than government-printed ones. This new legislation ushered in the Private Mailing Card Period, which lasted from 1898 through 1901. The oldest postcards in the University of Delaware’s collection date from this period, and the required statement is printed on the address side of both the examples seen here. Because messages were still not allowed on the address side, the message side often contained a smaller image to leave space for writing. By this time, postcards with an image of a town and the expression “Greetings from” had already been popularized in Germany and quickly made their way to the United States. 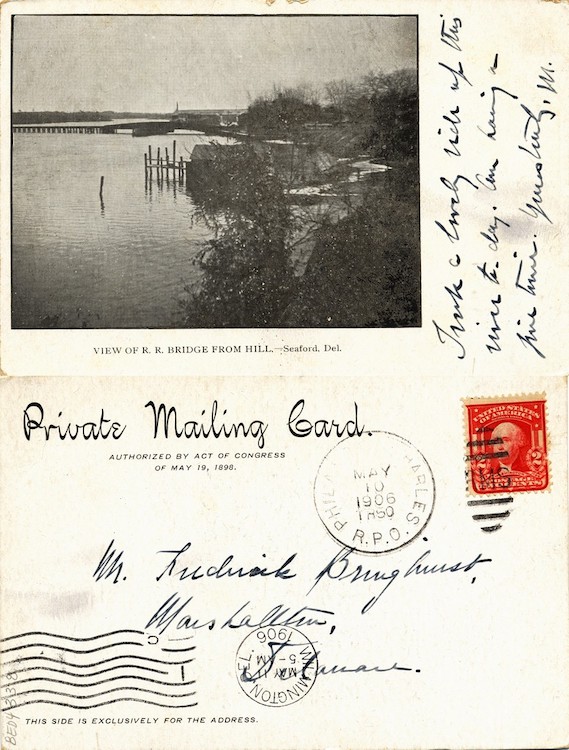 Here, the sender added a short message in the open space on the image side of the card.