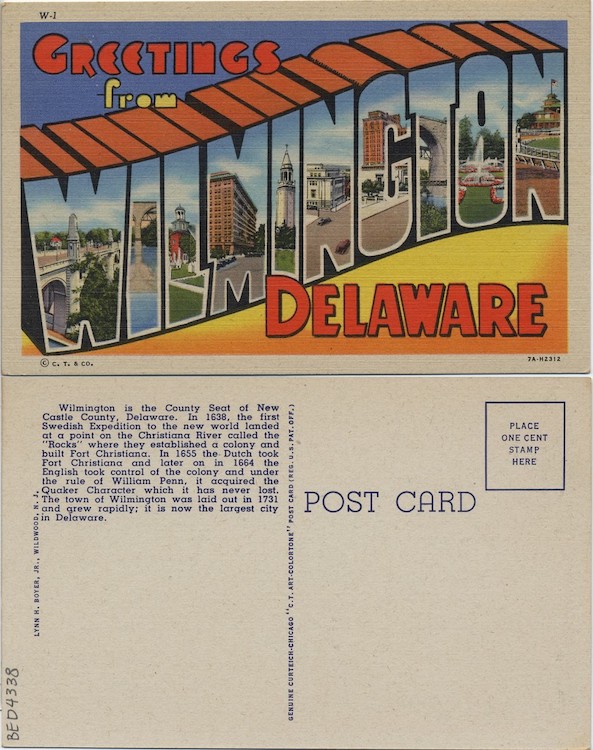 In 1931, Chicago printer Curt Teich began printing postcards on lightly embossed paper with a higher rag content, making them appear as if they were printed on linen, rather than paper. The new paper allowed inks to dry quicker, resulting in brighter colors. Many other publishers also adopted this process, and “linen cards” started dominating the American postcard market. New inks introduced in 1934 allowed for more colors, and Teich popularized his Greetings From postcards, adapting the earlier format for a new age. While the images on linen cards were based on black and white photographs, artists often heavily retouched them, a practice that largely disappeared after this period. 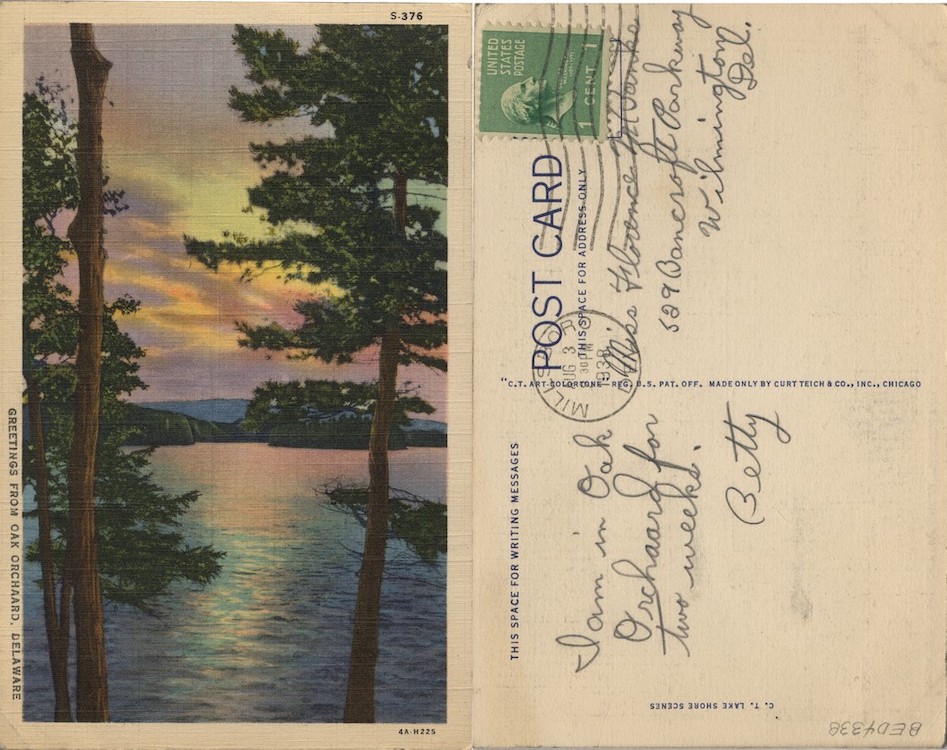 This postcard, one of many published by Curt Teich Co., was part of a series of postcards called "C. T. Lake Shore Scenes." The texture of the paper is visible, making it a typical linen era postcard. 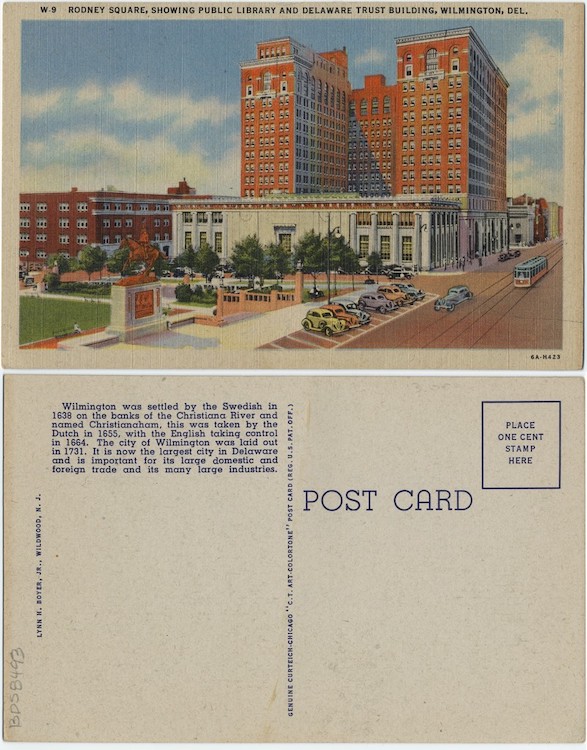 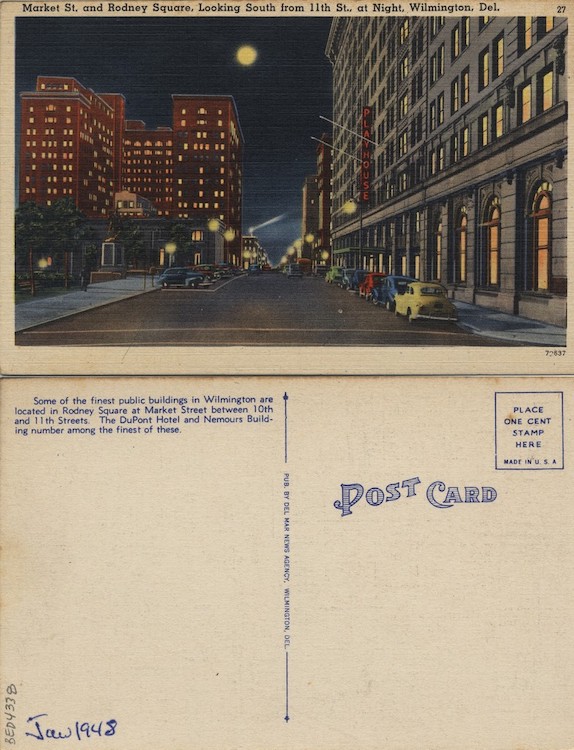 These postcards, published by Lynn H. Boyer, Jr. and the Del Mar News Agency, took advantage of the new, brighter colors available during this period to show Wilmington by day and night. 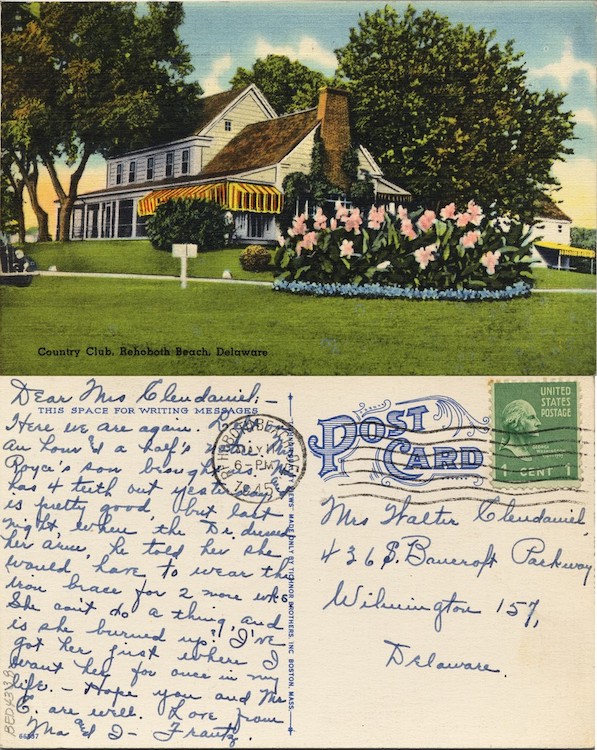 Tichnor Brothers, Inc. was one of the major postcard publishers and printers throughout most of the twentieth century. Like many postcards from this era, the image for this postcard was likely based on a photograph that was heavily retouched, producing an image that is difficult to distinguish as either photograph or artist-drawn picture. 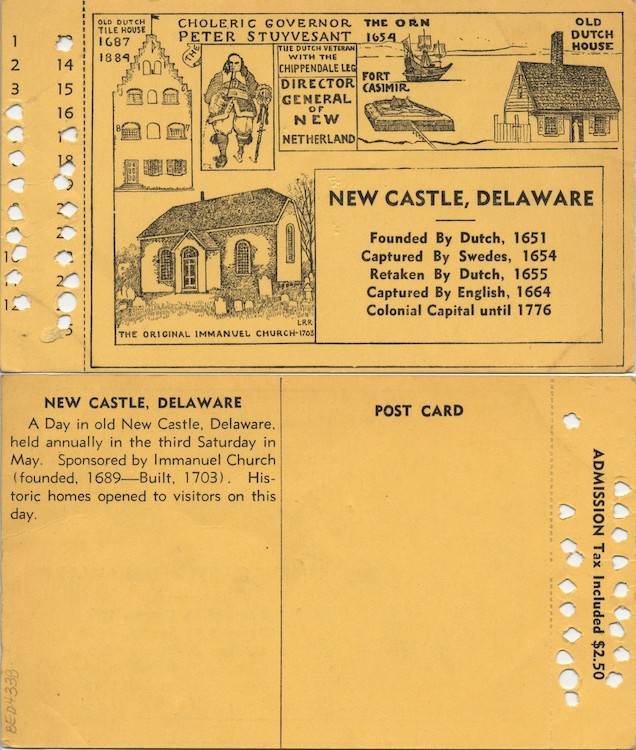 This unusual postcard served as a punch card for "A Day in old New Castle," the country's oldest house and garden tour. The tradition dates back to 1927 and involves visiting historical homes, churches, and gardens. Attendees could use this postcard to mark the sites that they visited. 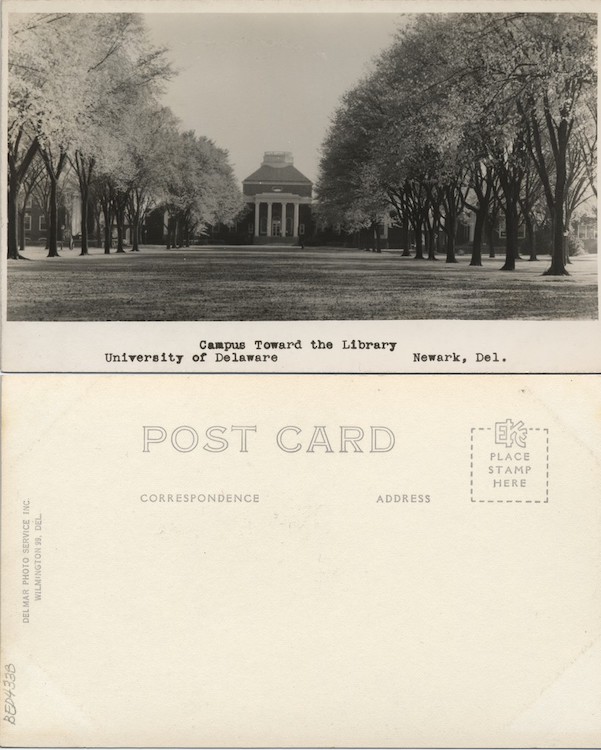 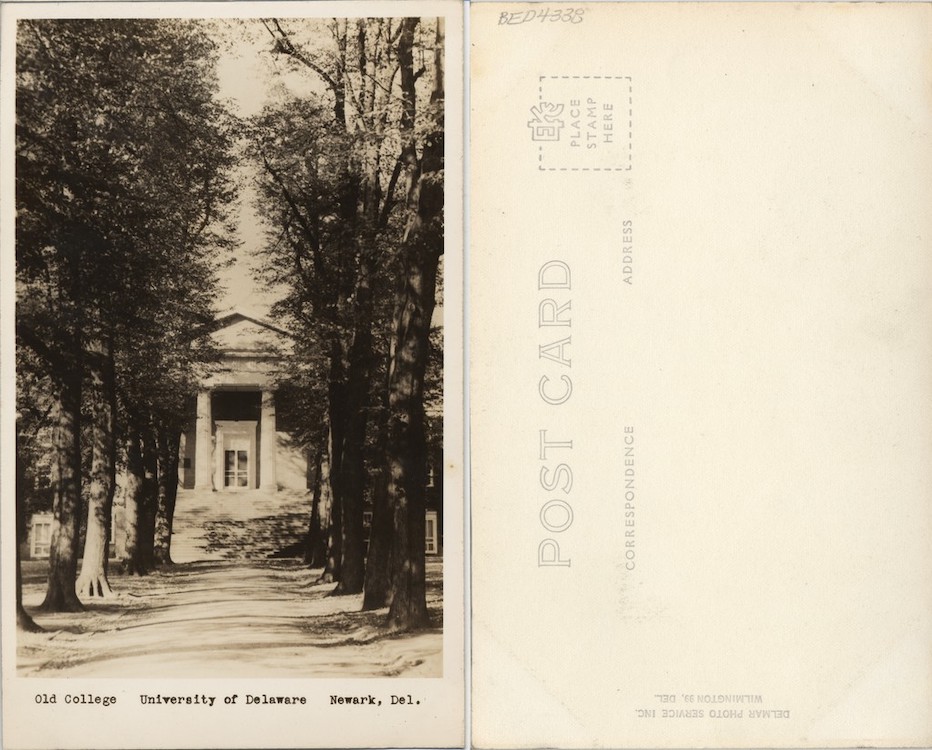 Even as color postcards became increasingly popular, black and white real photo postcards continued to be produced. These postcards capture two iconic views of the University of Delaware: south towards Memorial Hall (then the campus library) and north towards Old College.