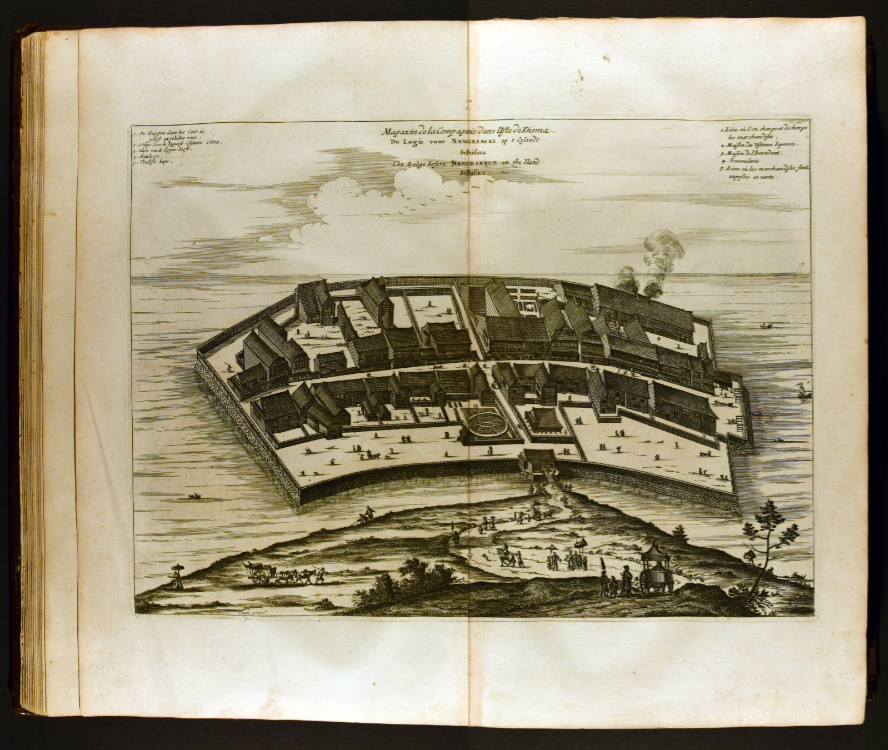 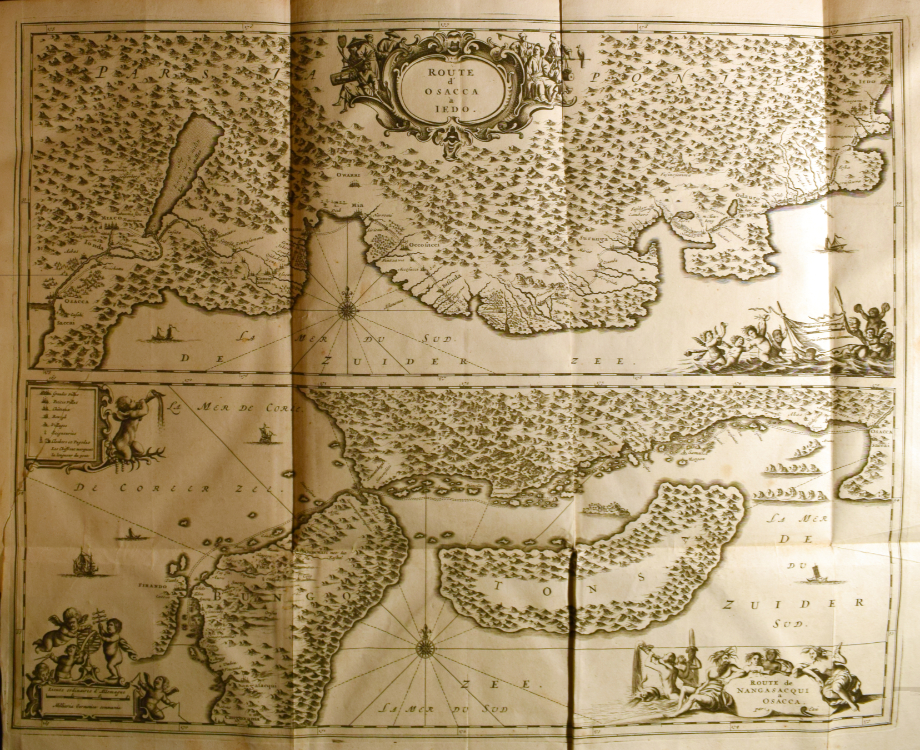 Route d’Osacca a Iedo, or Routes to Osaka and Edo. From Ambassades mémorables a l’empereur du Japon.
View Metadata

In 1639, Japan closed its borders to Europeans after a series of conflicts between the government and Japanese Catholics. The Netherlands was the only exception because it was indifferent to the Christian Conversion. For the duration of the Japanese isolation, the Dutch East India Company became the only European source of information. Ambassades mémorables a l’empereur du Japon is an example of such a publication based on contemporary Dutch accounts. Translated from the original Dutch edition into French, this volume presents visual and textual records of Japanese history and culture in the eyes of Dutch visitors.

The author, Arnoldus Montanus, reportedly never visited Japan. Yet his book vividly illustrates the marvels of Japanese material culture. Specifically, Montanus gives detailed descriptions of major cities and their architecture, such as temples and castles. Rich illustrations and maps enhance the vicarious understanding of Japan by its European readers. For example, Montanus includes the earliest known image of a small, fan-shaped island called Dejima, where the Dutch East India Company had its trading post. This artificial island acted as the only channel of exchange between Japan and Europe until the mid-nineteenth century. This view of Dejima not only shows the contemporary architectural style but also implies the restricted interactions between two cultures. 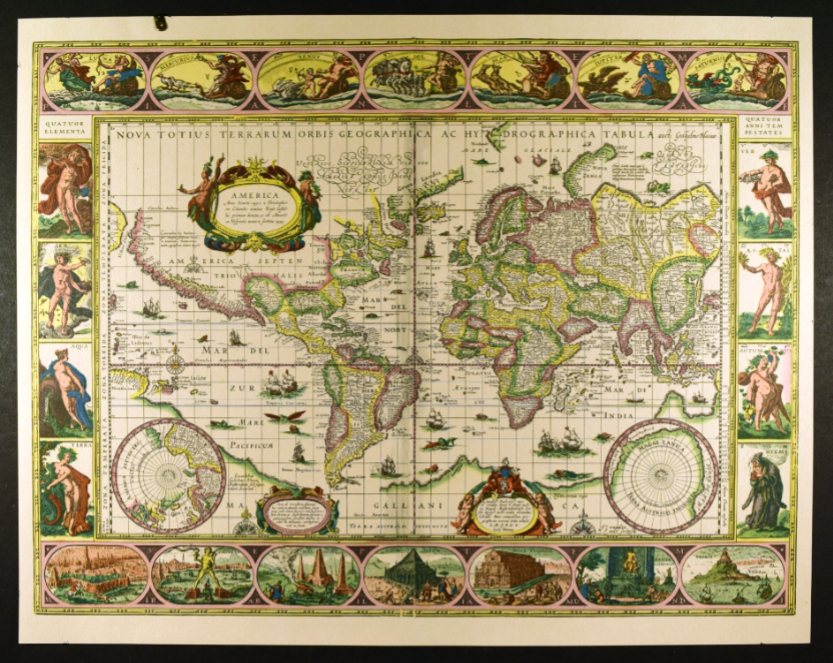 This colored map depicts four continents in grids of the Mercator Projection. Two circular insets depict the north and south poles. In the oceans are ships and sea creatures. Four borders of the map have vignettes heavily decorated with allegorical illustration.

Vignettes on the left and right borders show four personified figures on each side, one representing four classical elements and the other, four seasons. The top and bottom borders display seven vignettes in oval frames, contrasting the elements of the universe with the man-made wonders. The top are personified figures of the sun, the moon, and the five planets: Mercury, Venus, Mars, Jupiter, Saturn. The bottom are the seven wonders of the world: Hanging Gardens of Babylon, Colossus of Rhodes, Great Pyramid of Giza, Mausoleum at Halicarnassus, Temple of Artemis, Statue of Zeus at Olympia, and Lighthouse of Alexandria.

Blaeu’s world map has four different editions, each with its own detailed modifications. Two clues reveal that this map at UD’s Special Collection derives from the fourth edition: the shape of Tierra del Fuego as an archipelago at the southern tip of South America, and Bleau’s new signature as “Guilj. Blaeuw” that began appearing in 1621 in a bottom right cartouche.

The Library of Congress has the second edition copy of the same map. Take a look and spot the differences!