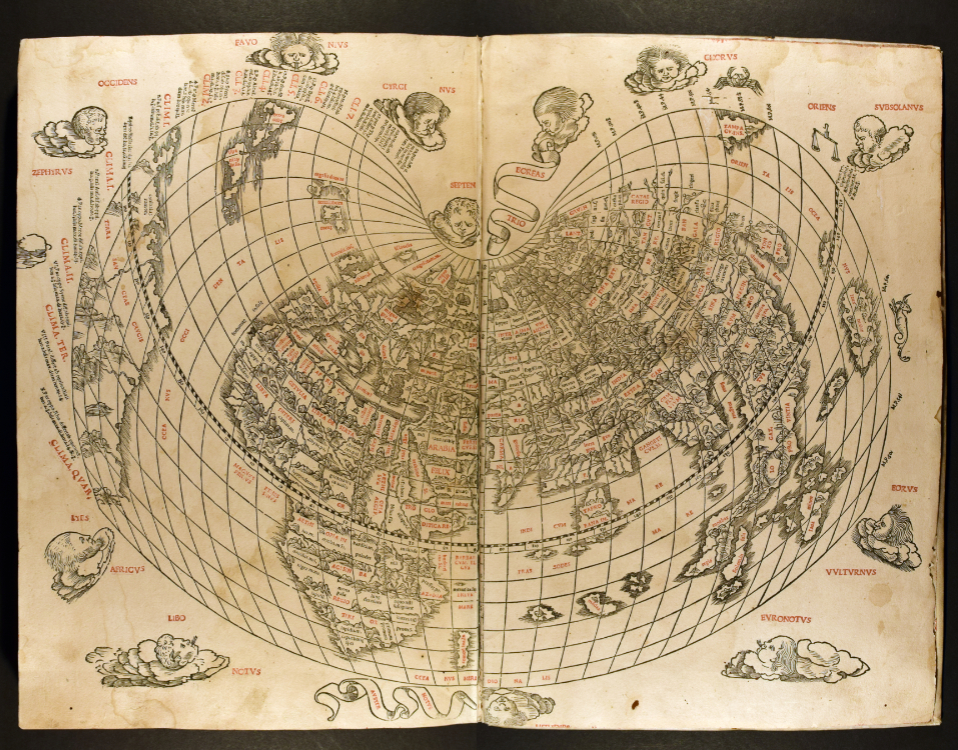 Bernardus Sylvanus’s world map is surprisingly incomplete. Rivers flow from unknown sources. Others empty into unexplored seas. South America emerges along the border to the far west, its southern coast trailing onto the off-white paper. Though carefully plotted, space still lingers around the edges, yet uncharted by European cartographers.

Elegantly printed in black and red, Sylvanus’s new world map is the last work in his 1511 edition of Claudius Ptolemy’s Geographia (Geography). Reintroduced to Europe in the late thirteenth century, this ancient text revolutionized Western cartography. Predominantly a mathematical treatise, it was written by the Greek-Egyptian astronomer Ptolemy in the first century CE. Among his numerous advancements, Ptolemy refined the system of latitudinal (horizontal) and longitudinal (vertical) lines, gridding the globe into areas of equal size. This systematization of the world—which extended over both well- and unmapped regions—proved influential. For Renaissance (1300s through 1500s) cartographers, Ptolemy’s model aligned with conceptions of a rational universe. Gather enough data and plot enough points, and a deceptively perfect world map could be created. While parts of the Earth still remained hazily outlined at best for Europeans in the early sixteenth century, Sylvanus significantly expands the map of the world here.

For additional information on Ptolemy’s cartographic system and his influential map projection, please see Ptolemy: Measuring the Earth from the Star by Julia Hamer-Light. 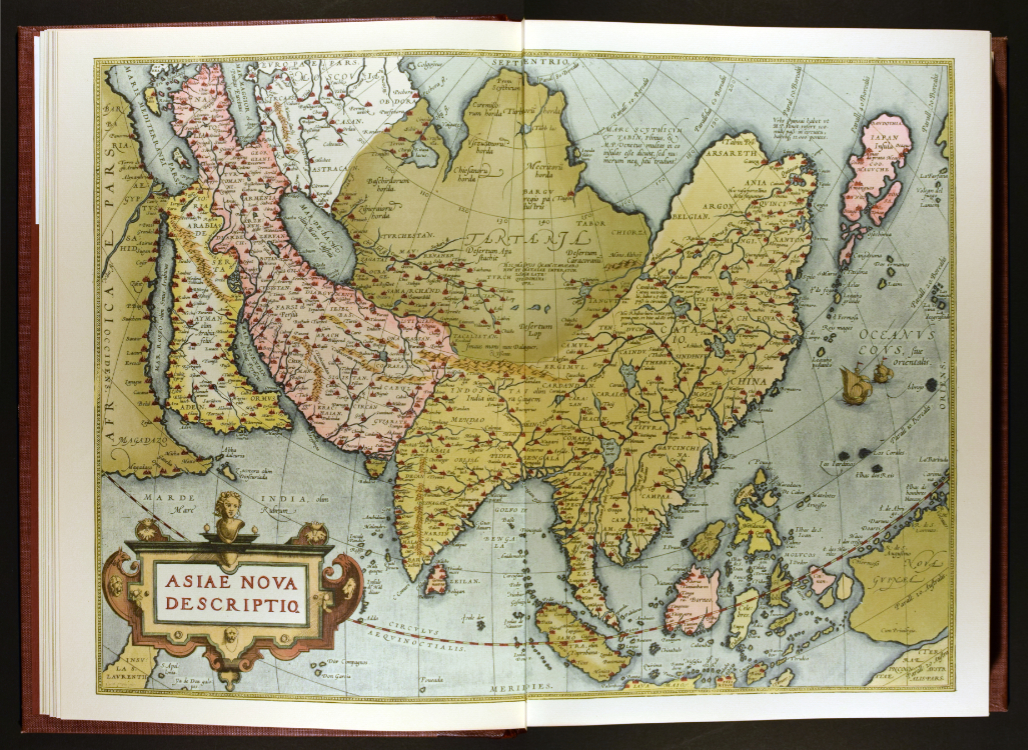 Elegantly arcing lines descend from a semi-circle along the top of this map. From here, the vast continent of Asia unfolds. The vertical meridians and horizontal parallels transform the world into a regulated grid. Rather than flat space, though, Abraham Ortelius used a spherical projection to display the curvature of the Earth. While geographically significant, Asia forms only a section of the world.

Ortelius’s map of Asia is the third in his monumental atlas, the Theatrum orbis terrarum (Theater of the World). First published in Antwerp in 1570, the Theatrum is a compendium of cartographic knowledge. Drawing from a wide variety of sources, Ortelius paired up-to-date maps with the descriptive texts of each region. The resulting volume effectively bound the world into a single coherent unit. In Asiae Nova Descriptio (New Description of Asia), the other continents are off by the edge of the map. Europe disappears beyond the decorative gold border, suggesting both its relative distance and proximity. The most direct route from Western Europe to Southern Asia would be across the arctic, following the curve of the Earth. While not fully charted, Ortelius suggests the viability of this path, connecting the Arctic and Indian Oceans through the rivers of China.