Advertising to the American Housewife 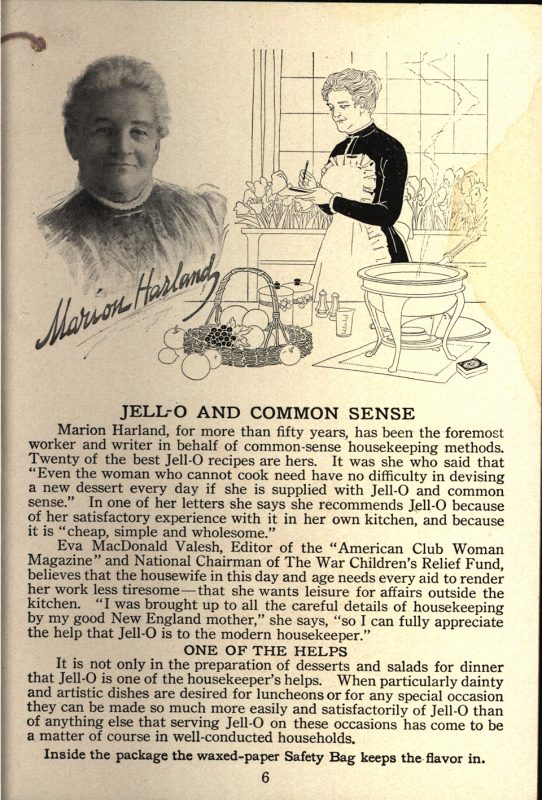 Men are noticeably absent from early Jell-O advertisements. Since women were usually in charge of buying the household’s groceries, Jell-O tried to appeal to their tastes. Jell-O advertisements claimed that housewives could put something elegant on the table that would earn them praise from their families, take little time to prepare, and tantalize fussy appetites. Recipe booklets included endorsements from domestic scientists, showed housewives making gelatin creations, and emphasized the ease of entertaining with Jell-O.