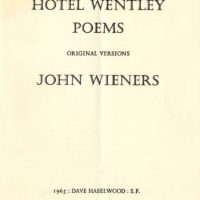 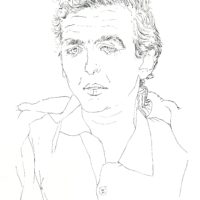 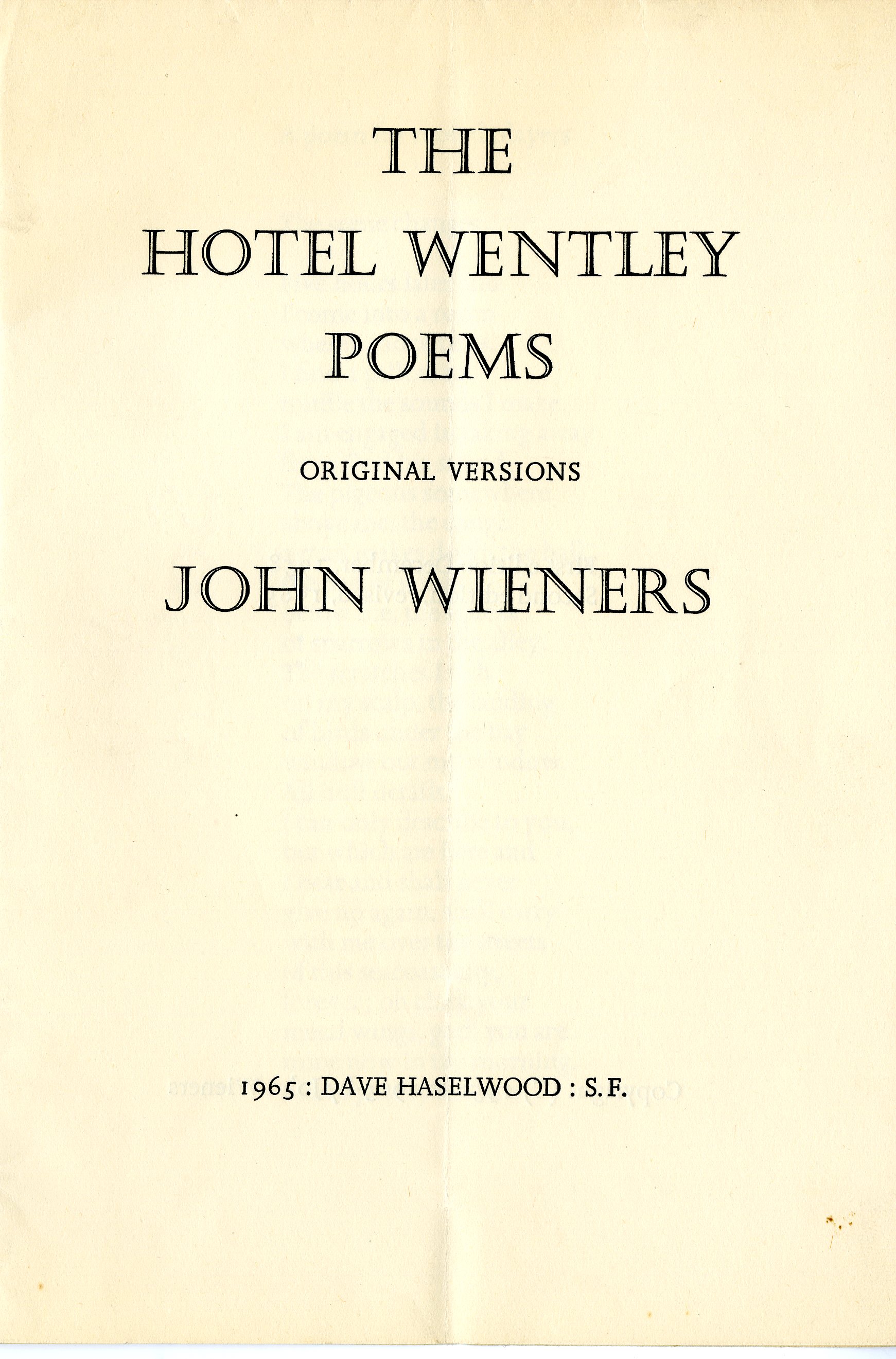 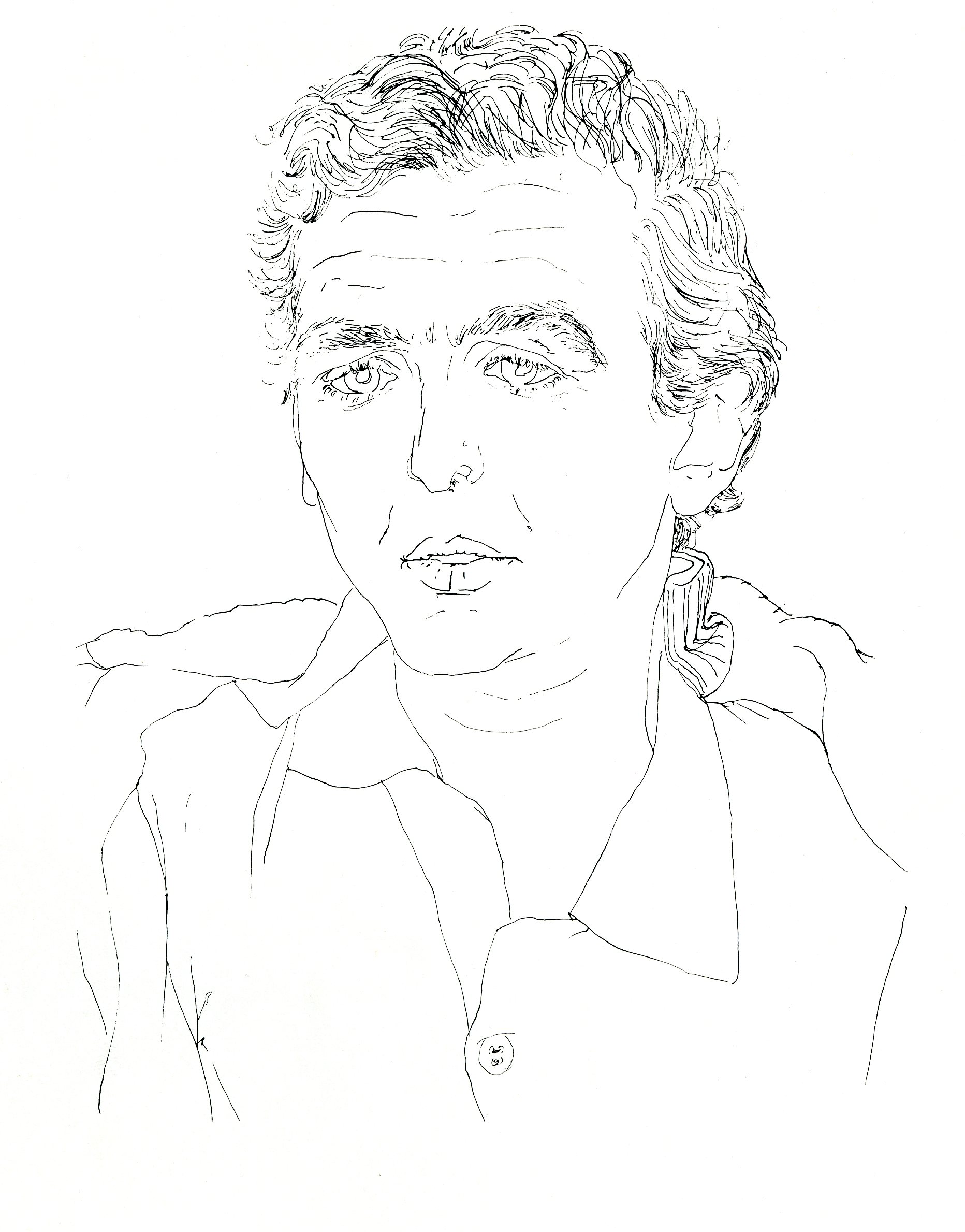 Not long after arriving in San Francisco from Kansas, David Haselwood published John Wiener’s first book, The Hotel Wentley Poems, the first of 40 titles published by Haselwood at his Auerhahn Press. Wieners cranked out his Wentley poems during the week of June 15 - 23, 1958, while staying in David Haselwood’s room at the landmark hotel on Polk Street, where Beat artist Robert LaVigne also lived. Haselwood designed the book, but East Wind printed the book with some expurgations. Thereafter, Haselwood handset his own letterpress books at Auerhahn, which became known for its fine typographic design and use of fine paper and other details.

The 1958 first edition was followed by a second issue in 1959 with minor corrections, followed by the second edition, The Hotel Wentley Poems: Original Versions (1965), which included major revisions by Wieners to the poems and restoration of the expurgated language. The look of East Wind’s postcard announcement for the first edition is in stark contrast to the quality of the second edition.