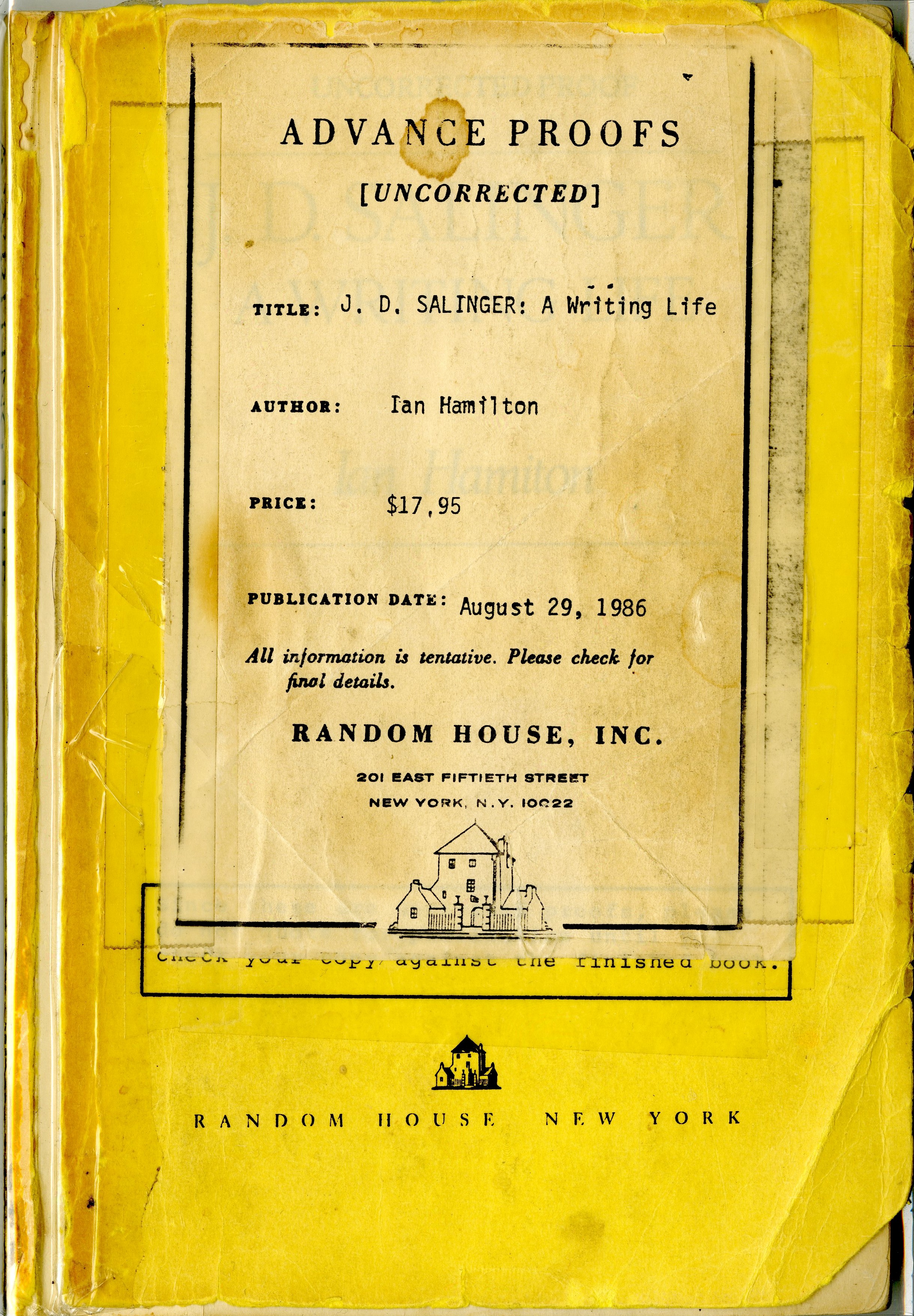 Ian Hamilton’s biography of J. D. Salinger was suppressed from publication when the author and his publisher lost the case of Salinger v. Random House in 1987. When the reclusive Salinger read the uncorrected advance proof of J. D. Salinger: A Writing Life, he objected to Hamilton’s inclusion of 30,000 words from Salinger’s unpublished correspondence. Hamilton revised his biography with paraphrasing, but Salinger still objected and brought suit against Random House for copyright violation, breach of contract, and unfair competition. Random House lost in appeal and was barred from publishing the book, making the handful of distributed proofs legendary rarities. Hamilton’s rewritten book, In Search of J. D. Salinger (1988), was as much about the travails of researching his subject as it was about the writer’s life.