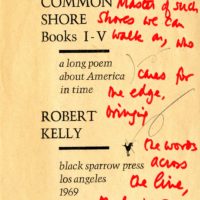 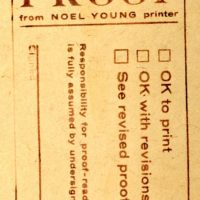 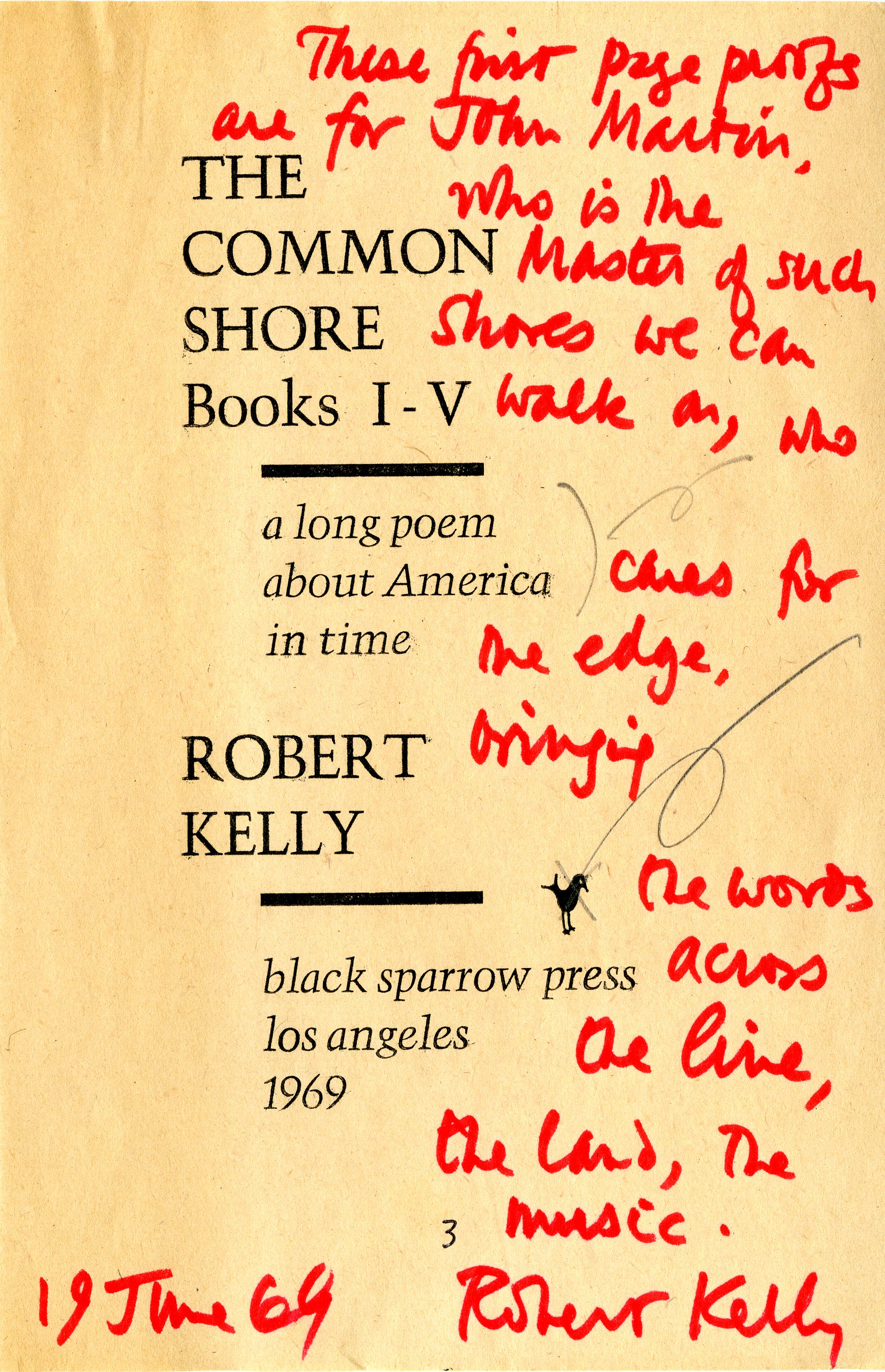 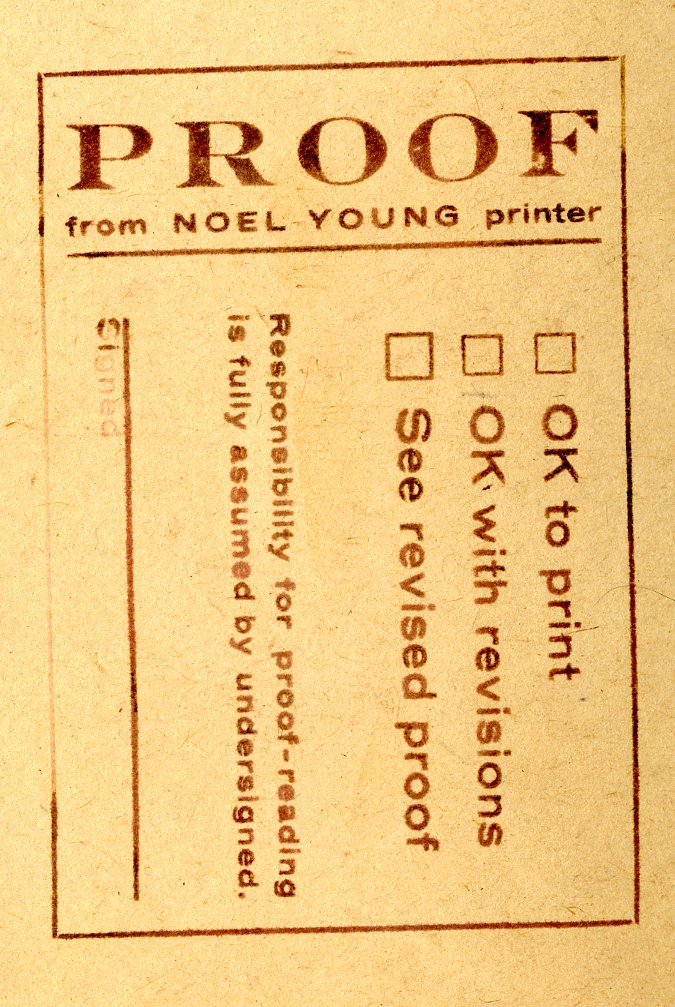 California publisher John Martin founded Black Sparrow Press in 1966 and gained a reputation over the years for loyal support of his authors, beginning with Charles Bukowski. Robert Kelly, founder of the Deep Image movement, editor of several journals, and author of more than 50 collections of poetry, published 20 books with Black Sparrow between 1967 and 2005. In a three-page letter to John Martin, Kelly listed corrections after seeing proofs and offered design suggestions for The Common Shore (1969). Noel Young, the commercial printer and designer who printed for Black Sparrow and other independent presses, founded his own Capra Press in 1969.

All items from Robert Kelly, The Common Shore: uncorrected proofs and letter [collection]