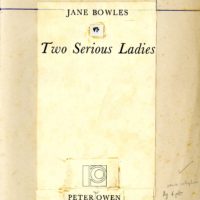 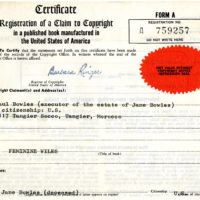 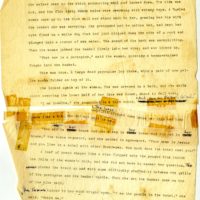 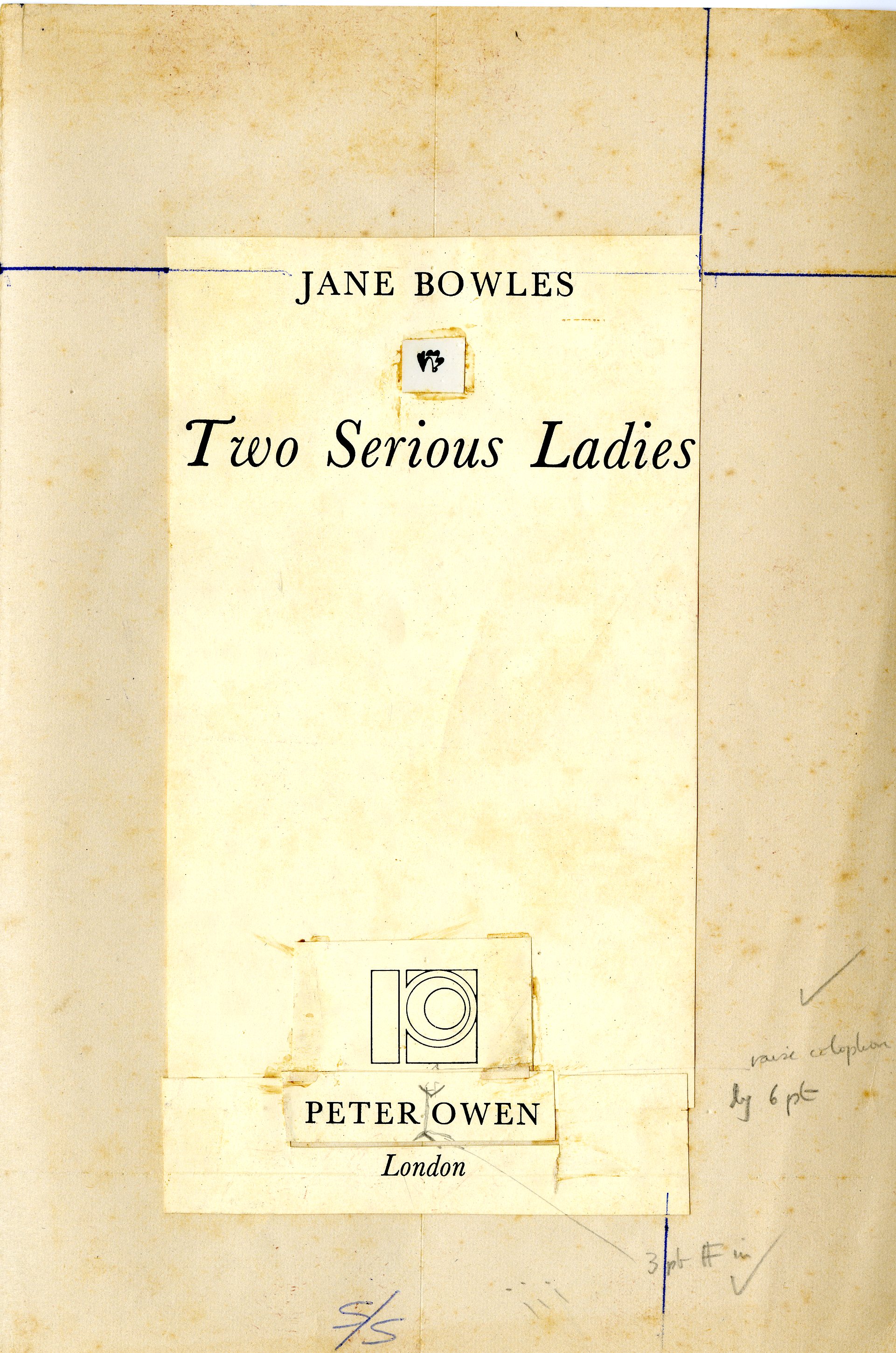 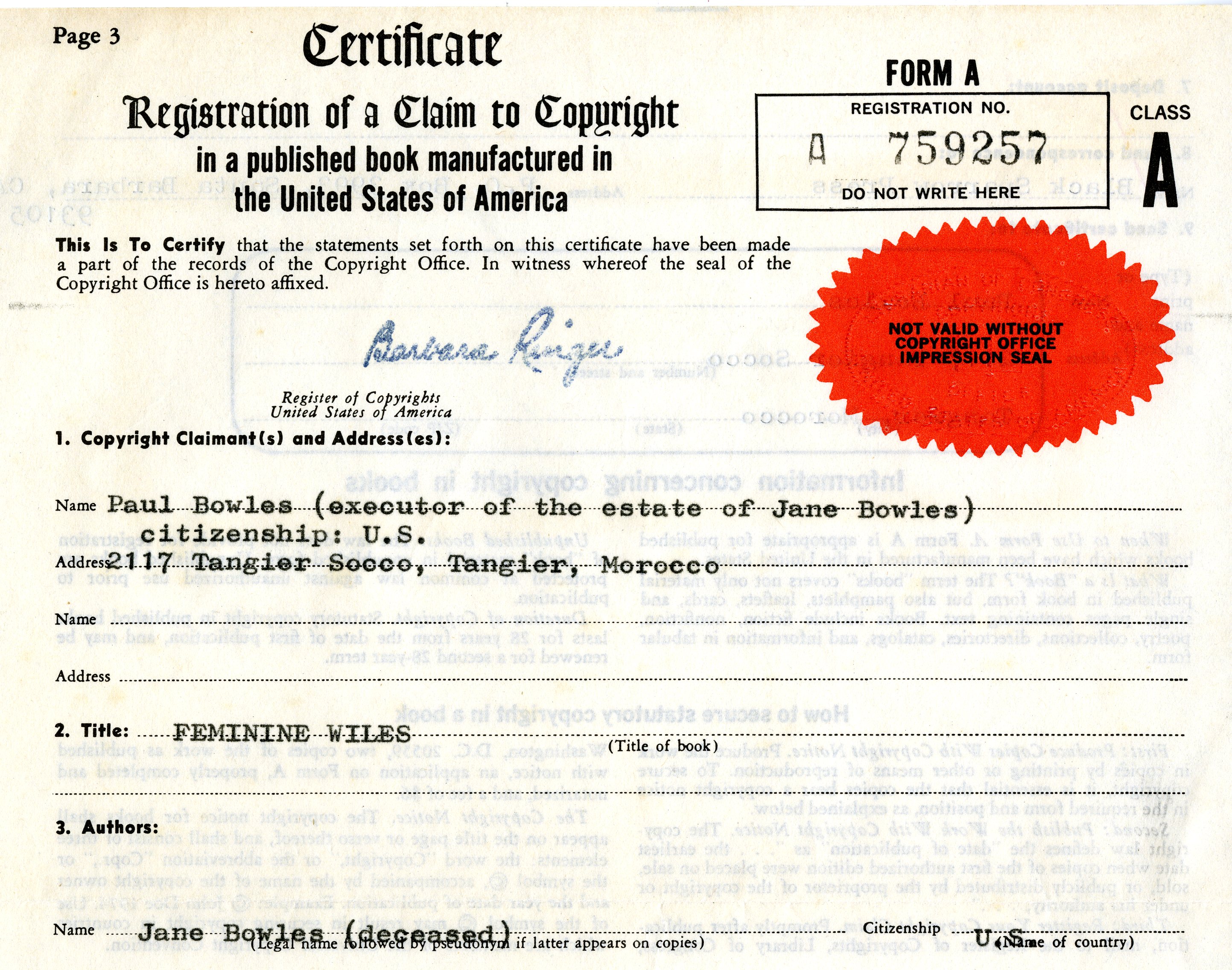 United States Copyright Office, Library of Congress. Certificate of copyright registration for Out in the World: Selected Letters of Jane Bowles, 1935-1970, April 9, 1985, from the Paul Bowles papers 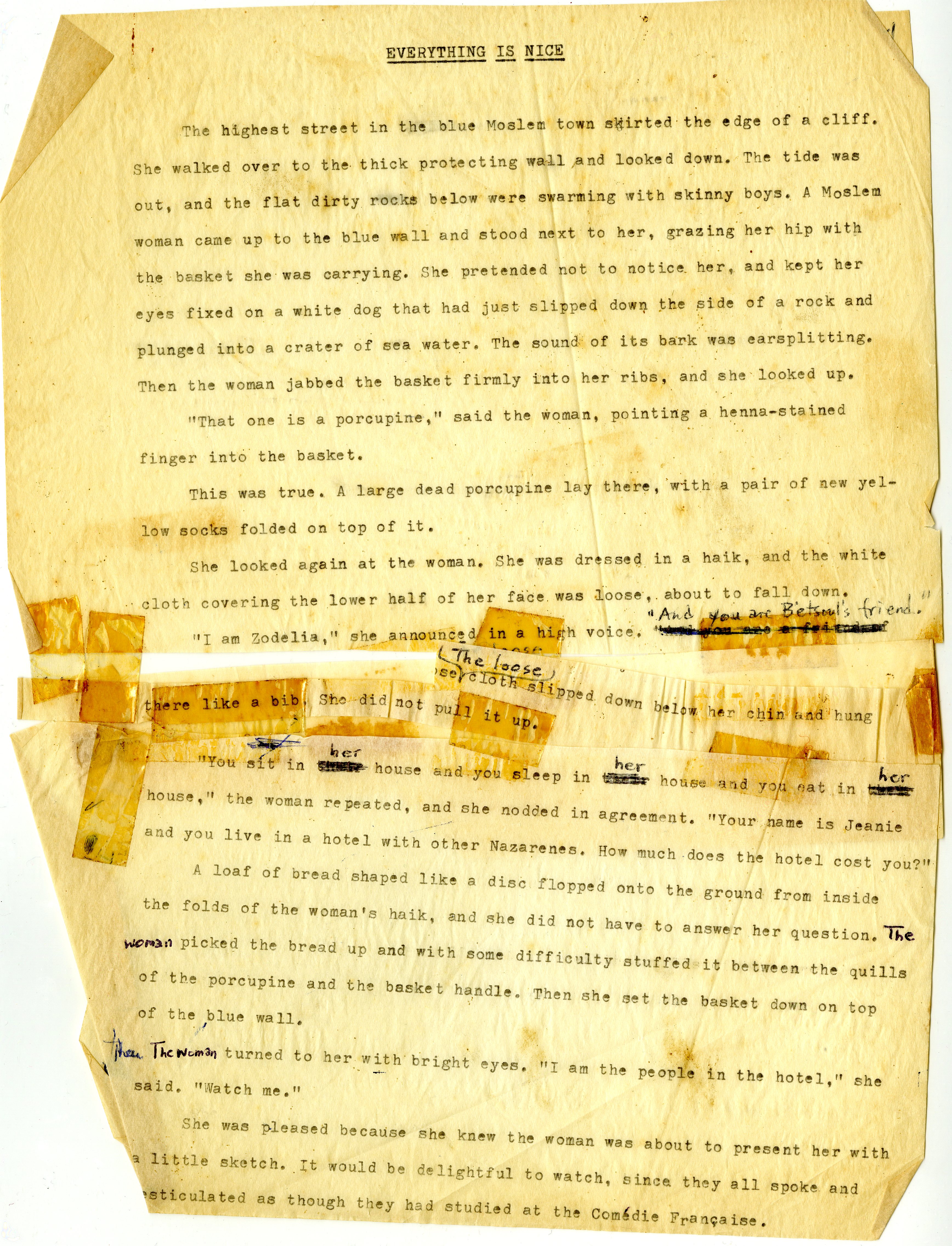 Bowles, Jane. “Everything is nice”: (story) typescript, undated, from the Paul Bowles papers

Disabled by a stroke in 1957, Jane Bowles’s literary output was limited to one novel, one play, and a volume of stories. After Jane’s illness, Paul Bowles managed his wife’s business correspondence and literary contracts, keeping her work in print and arranging for ongoing publications. Galleys are shown here for Paul Bowles’s introduction to Everything is Nice, in which he described his role in preparing an unfinished story for inclusion in this collection. He also described his wife’s depression and disgust with her situation, recounting how she modified the title of Collected Works that she was inscribing for a friend, “The Collected Works of Dead Jane Bowles.” Jane died after years of incapacitation at the Clinica de Los Angeles in Málaga, Spain, in 1973.

All items from the Paul Bowles papers

Material related to copyrights and contracts

Material related to Everything is Nice: the Collected Stories