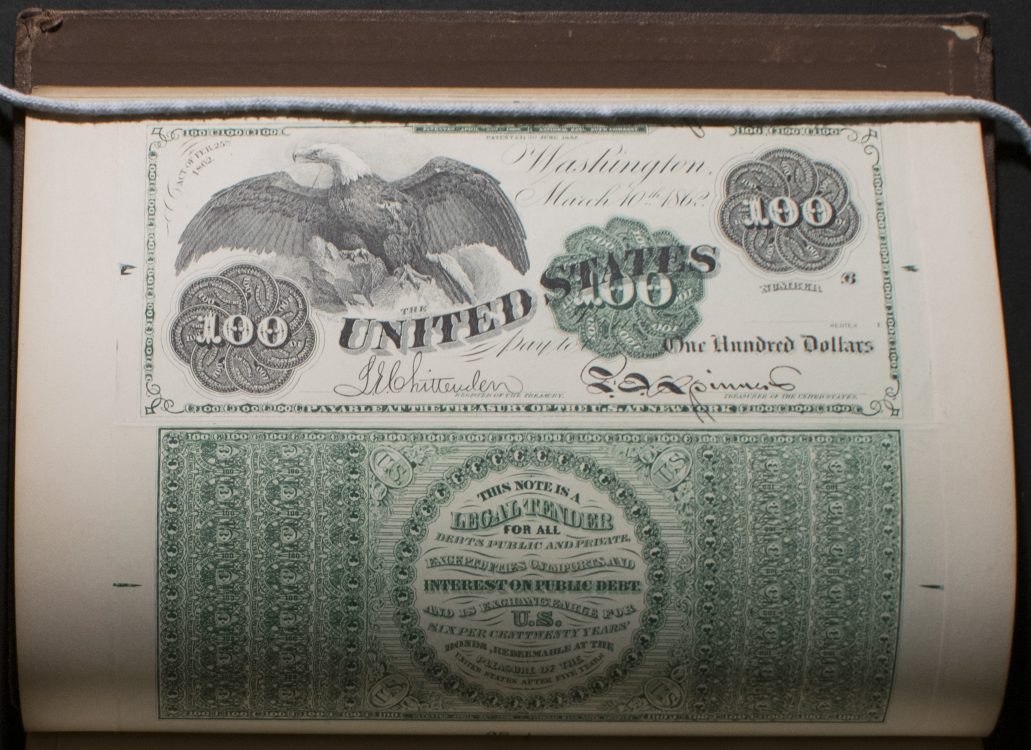 Laban Heath was a New England engraver who specialized in detecting counterfeit currency. His illustrated manual, first printed in 1866, aimed to teach the public how to tell the difference between genuine and fraudulent currency. (The copy on display is the third printing). Just a year beforehand, the United States Secret Service had been established to combat the flow of counterfeit currency. At the time, about one-third to one-half of all money circulating in America was suspected to be counterfeit. The illustration shown here is an example of a counterfeit one-hundred dollar bill, as printed from an engraved plate that was seized by the Secret Service. 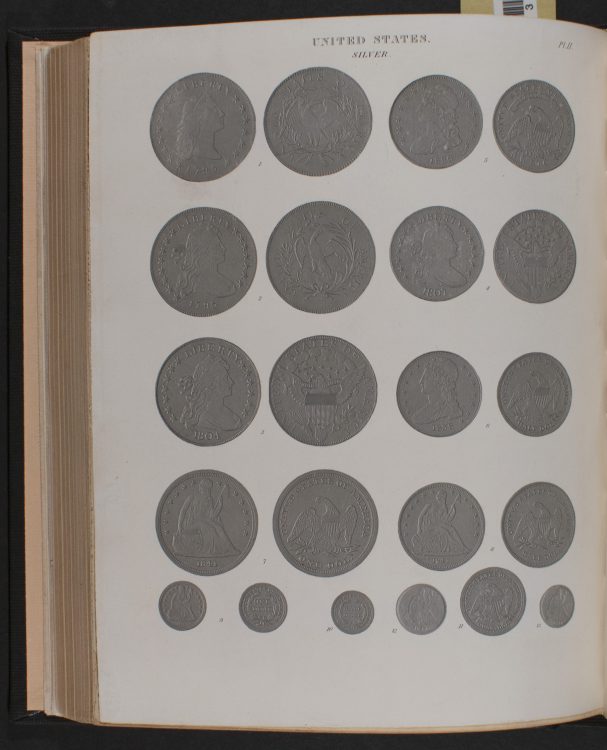 A Manual of Gold and Silver Coins of All Nations, Struck Within the Past Century. Philadelphia: Published at the Assay Office of the Mint, 1842.

Jacob R. Eckfeldt and William E. Du Bois were both assayers at the Philadelphia mint. In this volume, they presented comprehensive descriptions of all coinage in use across the world. In a section on counterfeit coins, they described a series of tests that could be used to identify fraudulent coinage, ranging from basic observations of the coin’s appearance to more complicated mechanical and chemical tests. The book’s illustrations were printed using a form of engraving called medal ruling, in which a relief was copied from a coin directly onto a copper plate for printing, so as to create as accurate a likeness as possible. This allowed one to use the book’s illustrations as a guide when trying to verify whether or not a coin was valid.