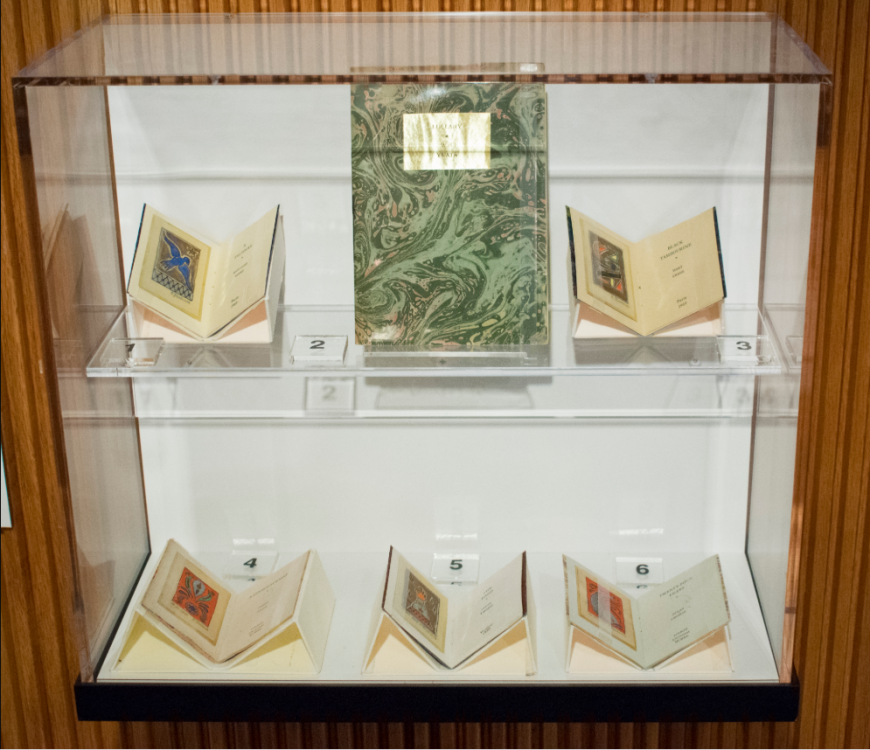 While Frederic Prokosch is primarily remembered for his literary career, he also had a brief career as a forger. From 1932 to 1960, he published a series of small, hand-printed books containing selections of his own writings and selections by authors he admired. These books were known as “butterfly books,” due to their small size and their colorful marbled paper covers. They were printed in limited quantities, usually given out as Christmas gifts, and rarely if ever appeared in the antiquarian market. In 1968, Prokosch sold his literary archives at auction, and he also began selling duplicate copies of his butterfly books. In 1972, Sotheby’s auctioned a complete set of the butterfly books, which was purchased by the firm, Quaritch Ltd. After the purchase, Arthur Freeman, of Quaritch, examined the books and grew skeptical. He thought that many of them looked too new to be from the 1930s, and he found it strange that many of them used the exact same typeface, despite allegedly being printed in different countries several years apart. Nicholas Barker, a bibliographer, began a closer examination, and confirmed that the alleged publication dates for most of the books were fraudulent. In particular, the books were printed with typefaces that did not exist at the time they were said to have been published. Additionally, the illustrations were glued to the books with a type of polyvinyl acetate, which had not been available until after 1945.

When confronted, Prokosch admitted that, beginning in 1968, he had hired a printer in Paris to print new copies of the butterfly books with false imprints, making it look like they had been published decades earlier. Clearly embarrassed, Prokosch tried (though not very convincingly) to write it off as a prank gone wrong. In some cases, he subsequently pasted corrected publication dates into the butterfly books, so as to correct his forgeries.