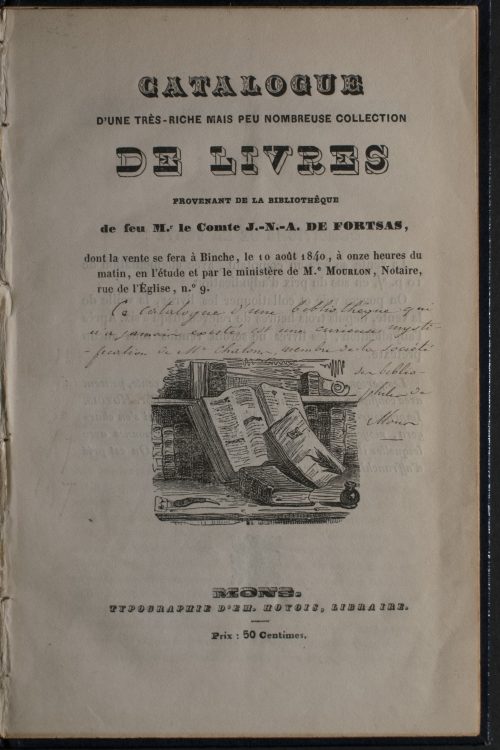 The Fortsas Catalogue advertised the sale of the library of the late Jean-Népomucène-Auguste Pichauld, Comte de Fortsas (1770-1839). In life, the Comte de Fortsas had amassed a truly unique library. His only rule, when acquiring a book, was that it had to be so rare that his was the only copy in the world. A second rule was that no book of his could be referenced or described anywhere in print. He was so strict in this regard that if he later learned that one of his books existed elsewhere in duplicate, or was even mentioned elsewhere, he would throw it away in disgust. The catalog was mailed to major collectors, libraries, bibliographers, and booksellers, with the sale slated for August 10, 1840, in the village of Binche in Belgium. Many collectors made the journey to Binche in the hopes of obtaining such unparalleled rarities. On the day of the sale, the gathered collectors received an announcement that the auction had been cancelled, as the books were being bought en masse for the Binche public library. In reality, Binche did not even have a public library. Unfortunately for all interested parties, the book collection did not exist, nor had there ever been a Comte de Fortsas. All had been invented by Renier Chalon, a retired army officer and president of the Société des Bibliophiles Belges at Mons, as well as a fan of a good practical joke.

Many of the books in the catalog are said to have been blasphemous, seditious, obscene, or otherwise offensive in their day, thus resulting in their suppression. To make it more plausible, Chalon also included a few books where he stated that he could not figure out why they were so incredibly scarce. He also cited a number of real authors, printers, and bibliographers as sources in the catalog, in order to lend it a further veneer of authenticity. 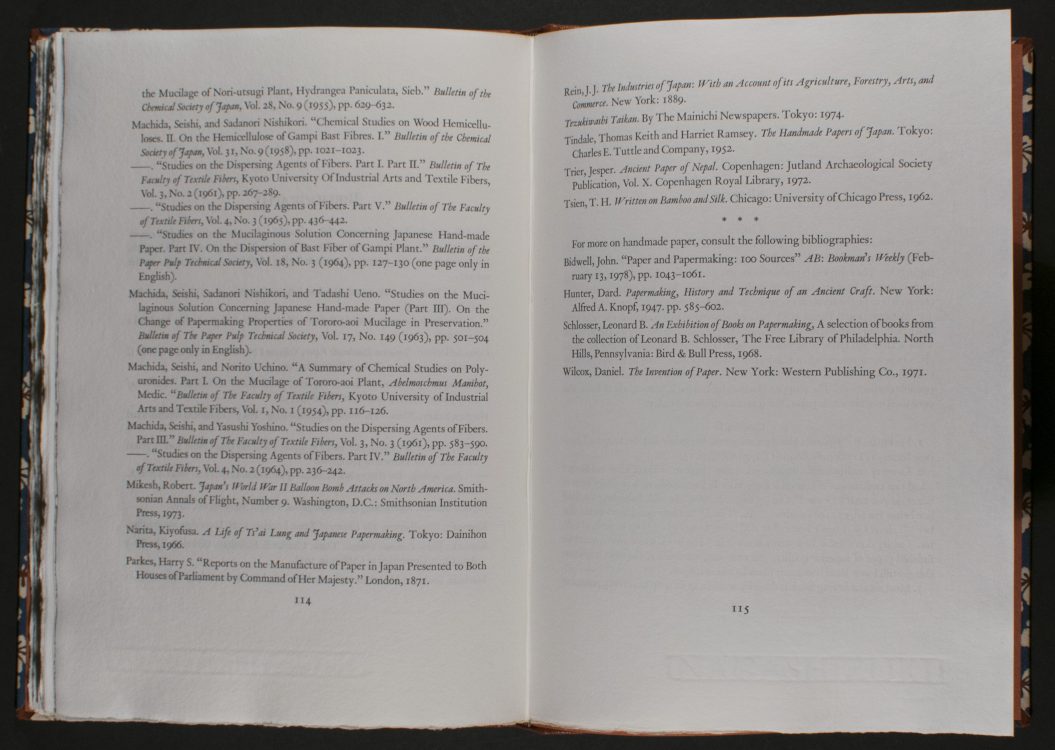 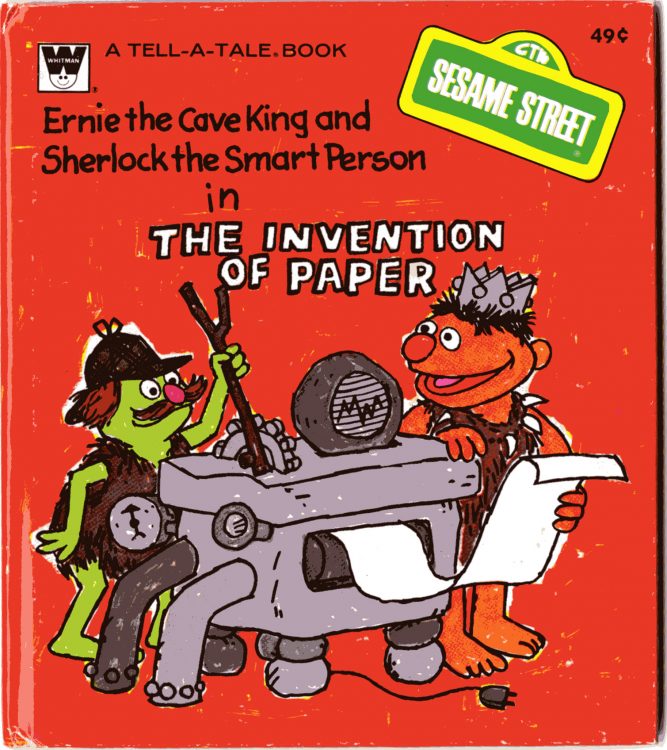 Ernie the Cave King and Sherlock the Smart Person in The Invention of Paper. [Racine, Wis.:] Western Pub. Co. in cooperation with Children's Television Workshop, 1975. 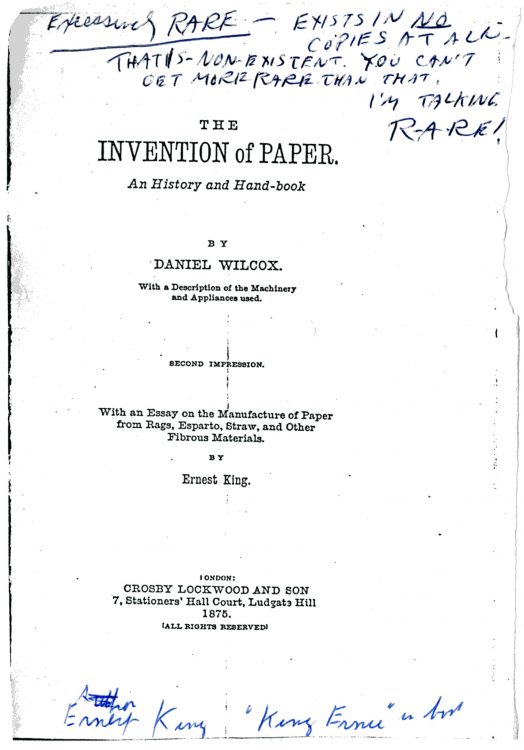 Daniel Wilcox. The Invention of Paper. An History and Hand-Book. London: Crosby Lockwood and Son, 1875. [Photocopy title-page for an imaginary publication]
View Metadata

The Invention of Paper. An History and Hand-Book. London: Crosby Lockwood and Son, 1875. [Photocopy title-page for an imaginary publication]

Nagashizuki is a scholarly work on Japanese papermaking. At the last minute, the book’s publisher, Henry Morris (1925 –), hid a prank listing in the book’s bibliography: alongside what is otherwise a list of scholarly treatises, Morris cited The Invention of Paper by Daniel Wilcox. Wilcox’s book is a Sesame Street book about how caveman versions of Bert and Ernie invent paper during the Stone Age. Morris said he wanted to see if anyone actually reads bibliographies. Timothy Barrett, Nagashizuki’s author, noticed. He was not amused. His friends suggested a way to prank Henry Morris in return. Using a nineteenth century printing press, they printed the title page for an imaginary 1875 imprint, The Invention of Paper, and then sent Henry Morris a photocopy, with a note that he must have misprinted the book’s date of publication in the bibliography. Morris, mistaking it for a real book about papermaking, spent several years searching for a copy to purchase, before finally learning that he had been fooled.