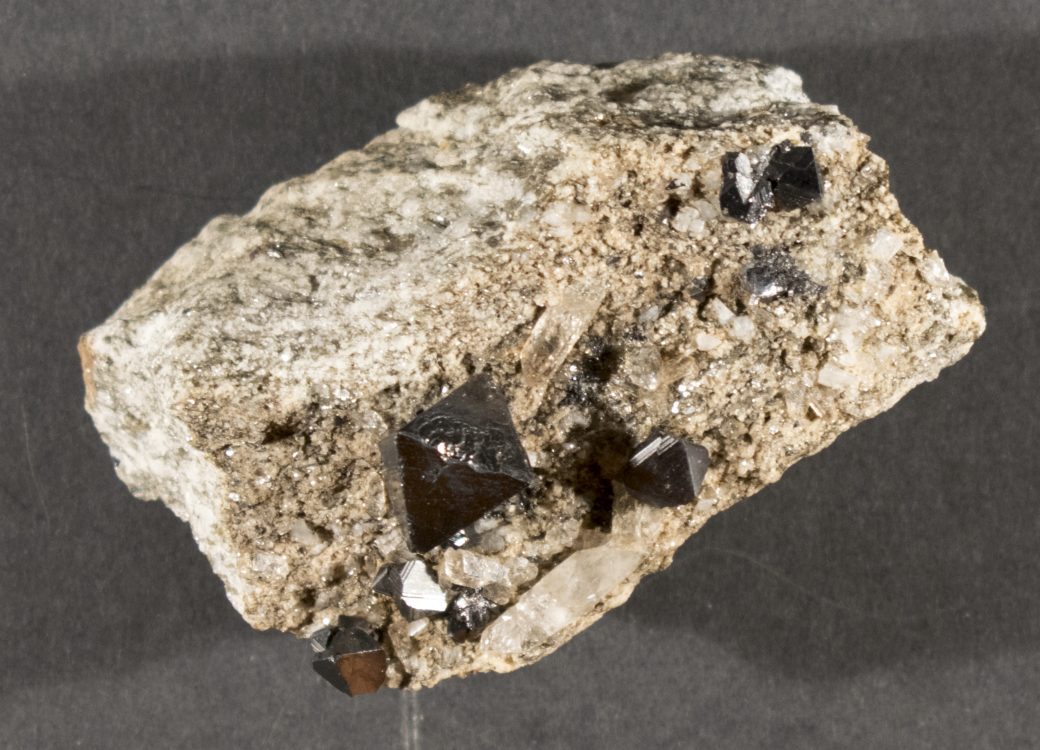 Here, the larger hematite crystal was glued to the specimen in order to make the piece more valuable. This practice was especially common in Europe in the early 1900s. 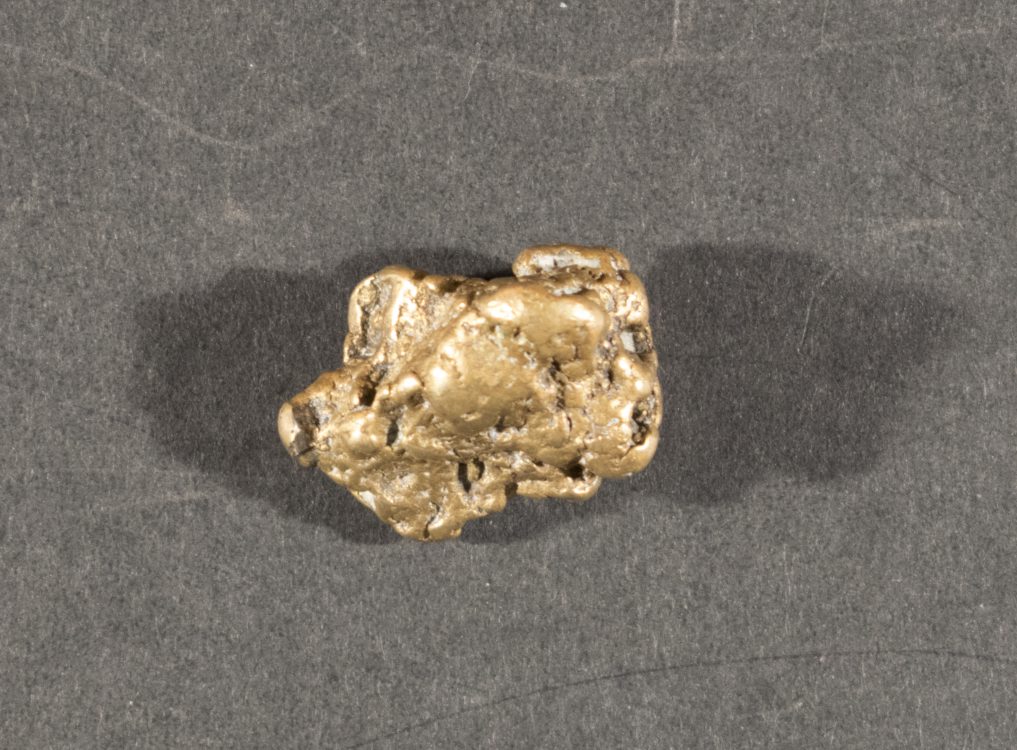 This is a piece of brass that has been molded to look like a gold nugget. It has a lower specific gravity than gold would, which exposes it as a forgery. Another common form of gold forgery involves melting gold scrap together in order to form what looks like a naturally occurring nugget. 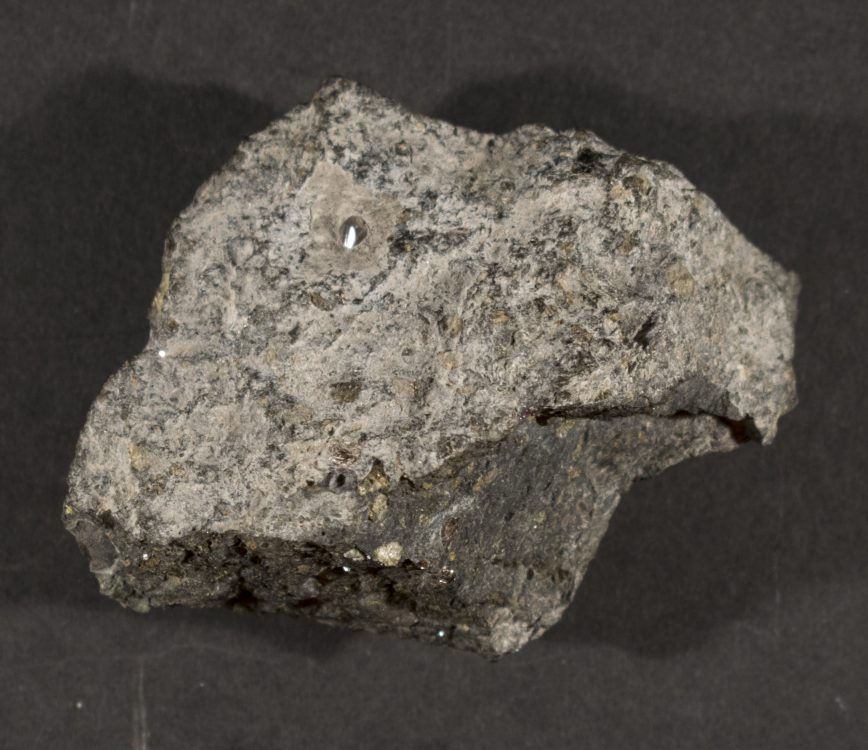 To prepare this forgery, someone drilled a hole into a piece of rock and then inserted a diamond, making it appear as if the diamond had naturally occurred in this matrix. Normally, diamonds are sent to a crusher after being mined, in order to separate the diamonds, so it would be unusual to find a naturally occurring piece like this. Additionally, one can see that a circle has been carved out of the rock around the diamond, when the forger was drilling a hole for its inclusion. 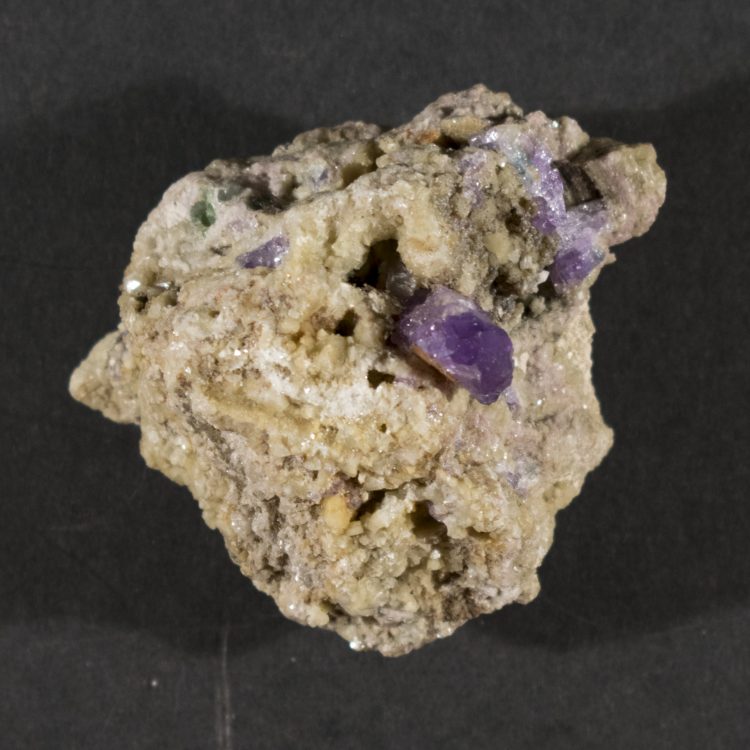 In this case, a forger has combined two authentic specimens. The matrix is genuine, but the larger crystal has been artificially added to it, in an attempt to increase the specimen’s monetary value. 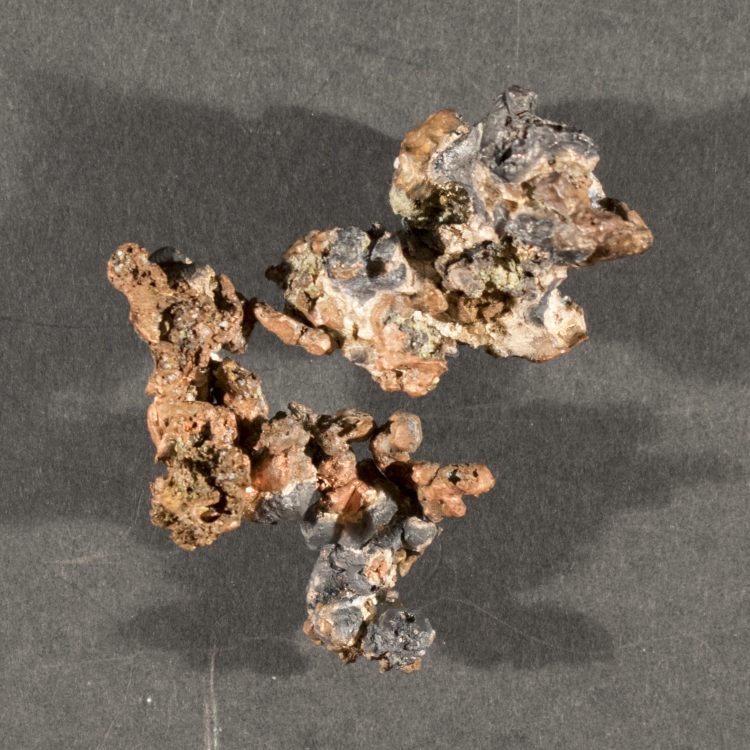 Copper and silver sometimes are found naturally blended together, and these combinations are much more valuable than if either element were found separately. This specimen, though, did not occur naturally, and was instead produced by soldering the two metals together in order to create a fraudulent specimen. 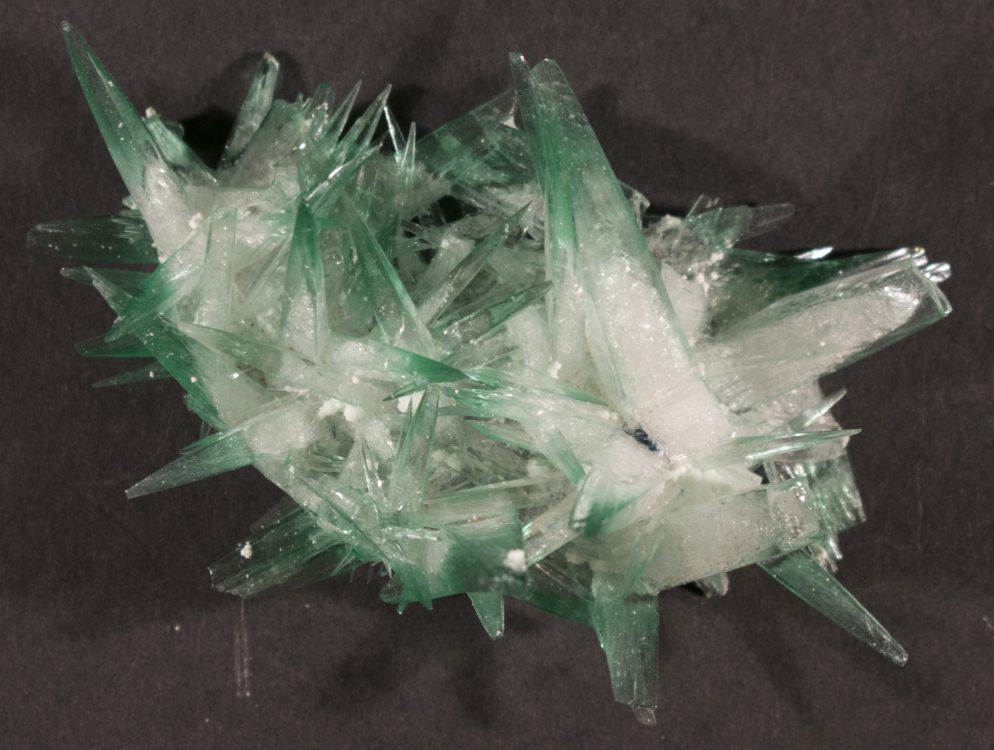 This specimen was grown synthetically in a laboratory. Although not created with the intention to deceive, sometimes these specimens are later mistaken as naturally occurring items.

Silicon carbide occurs naturally as the extremely rare mineral, moisannite, which is found in meteorites. Synthetic specimens, such as this one, are mass produced as abrasives. A synthetic specimen is not itself fraudulent, as long as it is identified as being lab grown. However, they can also be misrepresented as or mistaken for being naturally occurring specimens. 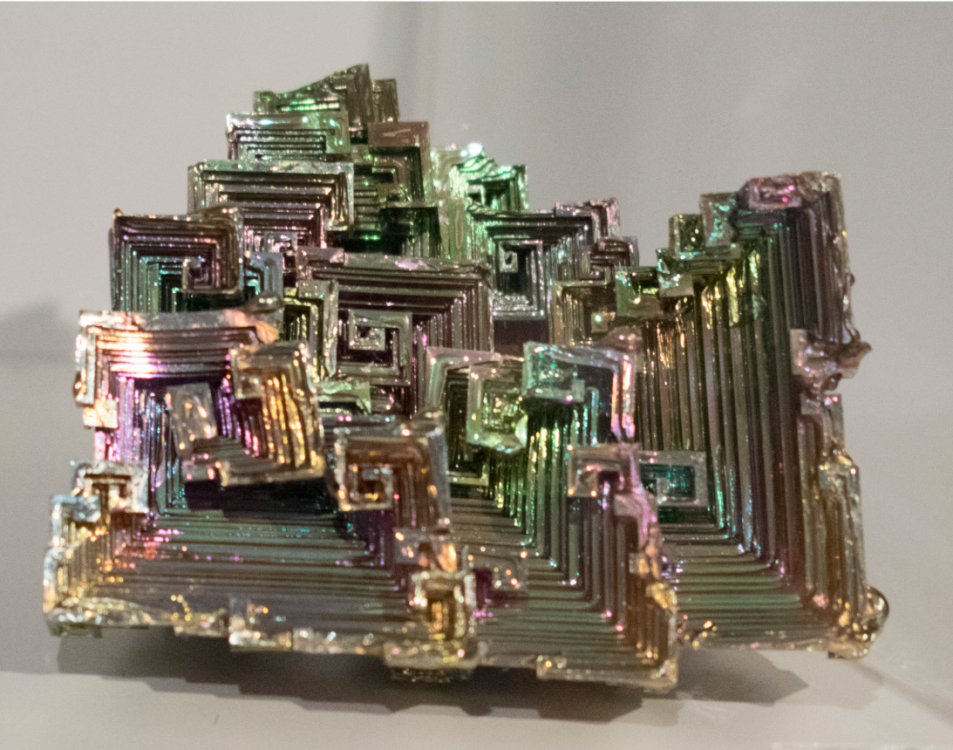 This specimen was grown artificially in a laboratory. Naturally occurring bismuth is rare, and usually is found combined with other elements.