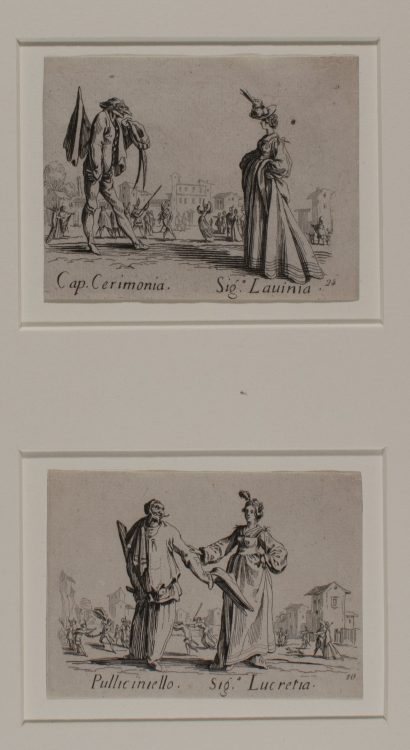 Initially, these etchings were thought to have been printed in the seventeenth century. However, during conservation treatment in 1981, an analysis of the prints showed that they were printed on paper that had a type of watermark that was not invented until after 1800. 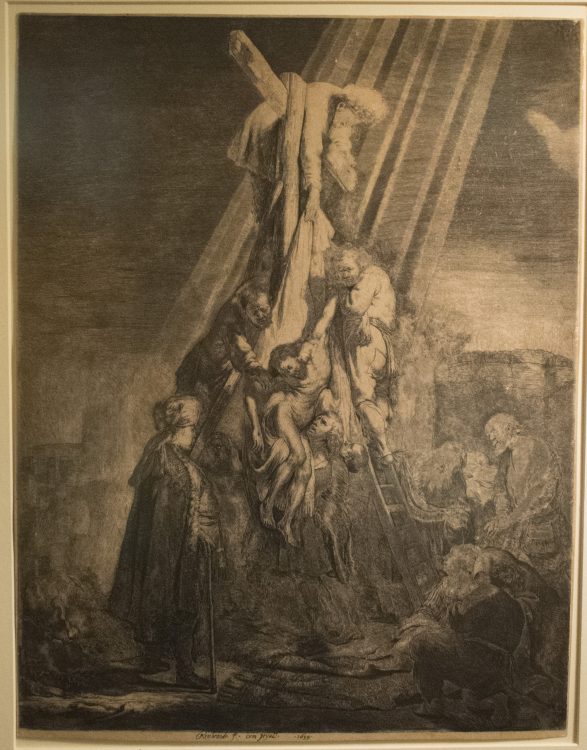 Descent From the Cross, etching on paper, 1633 [later, posthumous impression]

The inscription on this print – “Rembrandt. f. cum prijvl: 1633” (Rembrandt, made with privilege/permission, 1633) – is deceptive. Although this image was first printed in 1633, this printing is a much later posthumous impression that was made using the same engraved plate. An etching is an image that is produced using a metal plate. First, the metal plate is coated with a wax or resin. Using a needle, the printer then draws lines through the coating and uses acid to trace grooves in these lines. This creates an image on the plate that can be used to print multiple copies of the image. Because the plate is very durable, subsequent copies can be reprinted many years after the etching was first made. With enough use, though, the plate will wear down, resulting in a degraded image that is less detailed than the original impression. Sometimes a plate would be reworked to restore worn out sections, taking the image even further from its original form. The printing process also involves a fair amount of aesthetic decisions: the manner in which the plate is inked, the type of ink, and the amount of ink used will all affect how the finished print looks. An etching that is printed by the artist or under his supervision will come much closer to the artist’s original intentions than a reworked plate that is printed many years or even centuries after the artist’s death. While restrikes such as this were not done with any intention to deceive (the practice was common and perfectly acceptable), they can create a great deal of confusion for us now. 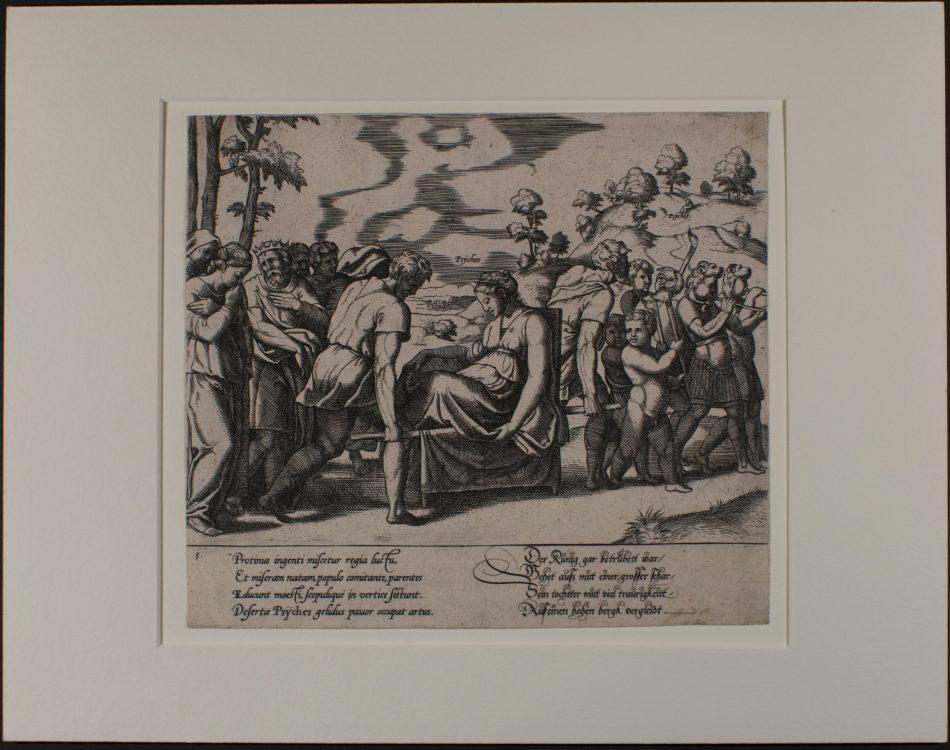 This print is not an intentional forgery, but rather a later copy, based on an engraving that was originally made by an Italian engraver in the sixteenth century. The original, which is housed in the Art Institute of Chicago, has an inscription in Old Italian. This one is differentiated by the fact that it has inscriptions printed in Classic Latin and in German. It also has a watermark that is probably of German origin, since similar ones are found in German paper produced between 1621 and 1623. Though not an intentional deception, it is close enough to the original image that it could have been mistaken for it at a later date.

George Washington’s (1732-1799) bookplate has the dubious distinction of being the only American bookplate that anyone has counterfeited. In life, George Washington had about three hundred bookplates printed for use in his private library. Since then, a series of forgeries, restrikes, and facsimiles have glutted the market. In 1863, a forger pasted fraudulent Washington bookplates into genuine eighteenth century books, which were supposed to be auctioned in Washington, D.C., but the fraud was exposed on the day of the sale. In 1890 the original copper plate was used to print restrikes of the bookplate. These were not intended to deceive anyone, but, over a hundred years later, they are often mistaken as originals.

Genuine Washington bookplates were printed on handmade paper, which, when held up to light, has visible chain lines, which are produced in the papermaking process. This is the easiest way to debunk a Washington bookplate, since nineteenth century prints would mostly have been produced on wood-pulp paper, which lacks chain lines. Additionally, the bookplates originally printed for Washington feature a stray mark that the engraver put in the plate by accident, almost the equivalent of a typo. It takes the form of a stray line above the letter “B” in the phrase “Exitus Acta Probabt.” 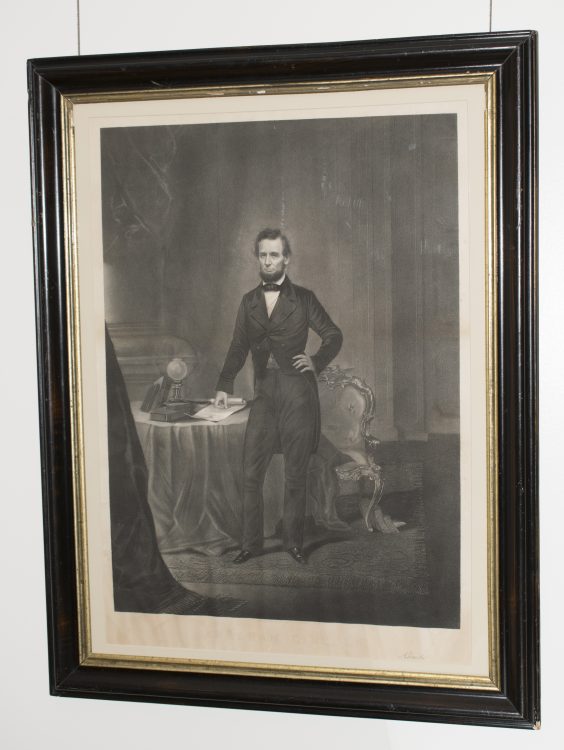 This engraving of Abraham Lincoln (1809-1865) is actually an engraving of Lincoln’s head superimposed onto an engraving of Henry Clay’s (1777-1852) body. The most efficient way to meet the demand for printed images of the president was to recycle an existing engraving. An earlier version of this picture showed Lincoln as clean-shaven. After he grew a beard, Buttre altered the plate again to keep it current. This was a fairly common practice: the very same Clay engraving had also previously appeared with the head of John Charles Frémont (1813-1890) during his 1856 bid for the presidency. In each case, Clay’s body rendered the size and proportions slightly off: at 6’1”, he was shorter than Lincoln (6’4”) and taller than Frémont (5’9”).