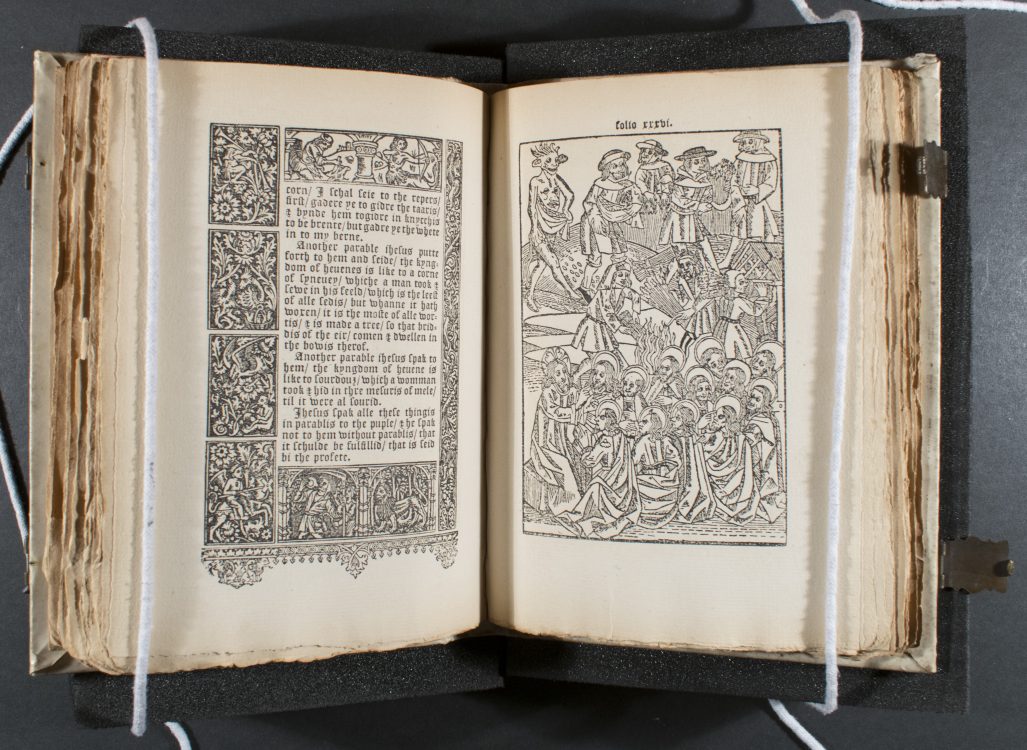 This edition of the New Testament was printed to imitate the style of a fifteenth-century printed book. The illustrations are reduced reproductions of wood carvings that, at the time, were thought to date from around 1450. (The first printed book, the Gutenberg Bible, was printed between 1450 and 1454. If genuine, these wood blocks would have been among the oldest known printed illustrations.)

According to the Biblia Pauperum’s printer, the original wood blocks were exhibited in London in 1877, and had been purchased in Nuremberg sometime around 1817. The introduction states that they “cannot be recognized as belonging to any printed book, and the artist’s mark, which appears on the 37th plate, is unknown to any bibliographer. […] It is […] probable that the blocks were thrown aside and never used […] till a lapse of centuries.” Two of the wood blocks are dated 1540. When examined by the British Museum, it was suggested that the date had been transposed, as the artistic style of the illustrations was thought to be more representative of the kinds of art being produced in the fifteenth century. The woodblocks are now thought to be forgeries, based upon real fifteenth century illustrations. 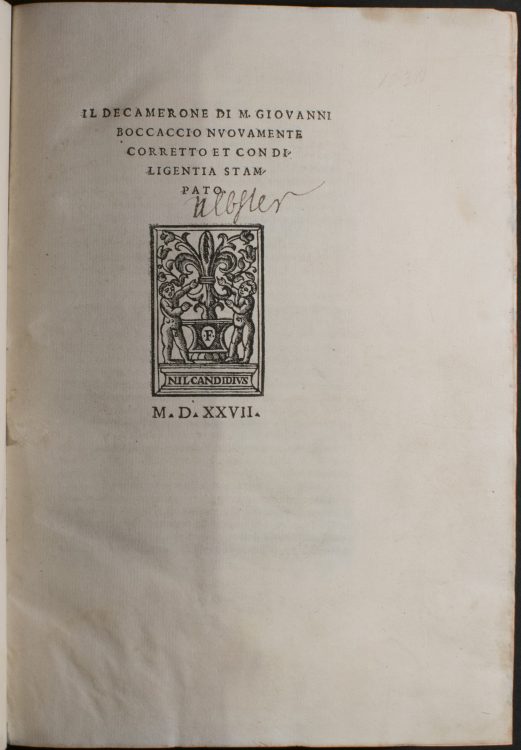 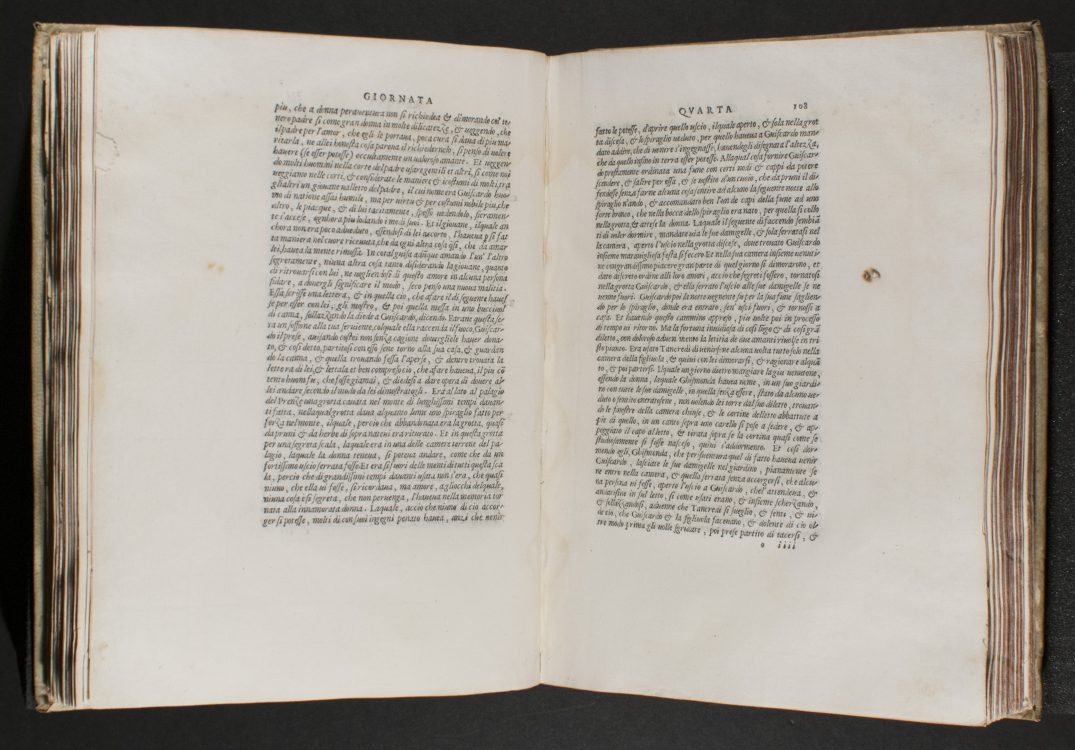 The 1527 edition of Boccaccio’s Decameron, printed by the heirs of Filipp di Giunta (1450-1517), became the definitive edition of the text of the Decameron, with most subsequent editions using it as their basis. These forgeries were printed in 1729 under the supervision of Stefano Orlandelli and were financed by Salvatore Ferrari. The genuine 1527 edition was scarce enough that the demand from book collectors made it profitable to print and sell imitation copies. At first glance, they are fairly convincing, even though a distance of over two centuries separates them from the books that they purport to be. This is mainly thanks to the fact that printing technology had not changed much in that time. Books were still printed on handmade paper, using moveable type on a printing press, in much the same way that Gutenberg (1397-1468) had produced the first printed book in the fifteenth century. In this case, the printer recreated the original printers’ device, and the typeface is similar (though not identical) to the one used in 1527. Today, the difference in typeface makes it relatively easy to (de)authenticate a forged edition against a true 1527 edition. Bibliographers have also confirmed that the fraudulent editions sport three typos that do not appear in the real version.

The copy above was donated to the University of Delaware in 1976. It was mistaken for a genuine copy, and was cataloged as such. Its previous owners have left behind an eighteenth century handwritten inscription, an eighteenth century bookplate, and a twentieth century ink stamp; presumably, each one of them thought they possessed a genuine sixteenth century edition. This copy was only debunked in 2013, when a Special Collections librarian compared it to the other copy, and realized that they had all of the same typos. (The other copy was purchased in 1995 with the understanding that it was a forgery.)